Another week has gone by, so it’s time to take a look at some of the weird news stories you may have overlooked. If you missed last week’s adventures, you can get caught up with those offbeat stories here.

It has been quite a notable week for science. We talk about zombie pigs, ancient urine, giant prehistoric lions, and the first molecule in the universe. We have not one but two tales from the world of pornography and the story of the Japanese Walter White.

Spoiler Alert: If you don’t want to read any potential spoilers about the final season of Game of Thrones, you should skip entry 10 and proceed straight to entry nine.

10 AI Predicts The Survivors Of Game Of Thrones 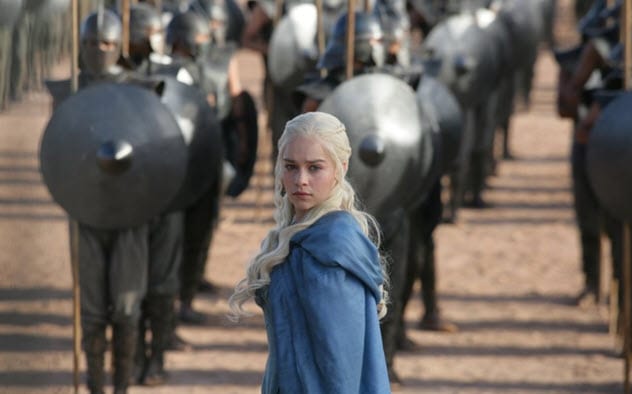 Last Sunday night, tens of millions of people tuned in to watch the premiere of the final season of Game of Thrones. Besides copious amounts of sex and violence, the show is known for introducing a large cast of compelling characters who then get killed off in gruesome ways.

Those who want to enjoy all the twists of the show might want to skip this one, but many fans are concerned that their favorites will die this season. For those who do not like surprises, students from the Technical University of Munich developed an artificial intelligence that studied all the information available about the show to predict which characters are going to die.

We have a few months to go to find out if it was right or not, but the school has a good track record. Back in 2016, another group of students programmed a different AI which correctly predicted that Jon Snow would be resurrected. 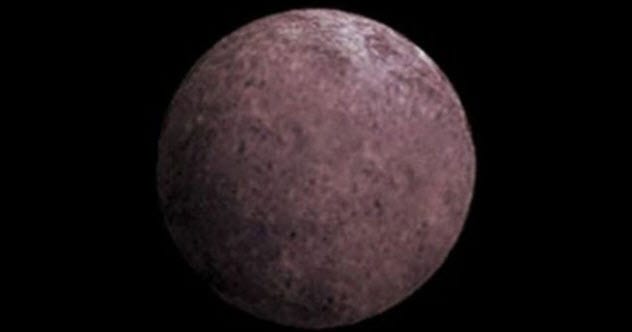 Astronomers have reached out to the public for help in christening the largest-known body without a name in the solar system.

The trans-Neptunian object has the official designation of (225088) 2007 OR10. It was discovered back in 2007 by scientists Meg Schwamb, Mike Brown, and David Rabinowitz. They decided that it is time for the cosmic object, most likely a dwarf planet, to get a proper name. Therefore, they want the people to vote on the suggestion which they will officially submit to the International Astronomical Union (IAU).

The proposed monikers must adhere to IAU guidelines which require all minor planets in the Kuiper Belt to be given names associated with mythological creation figures. Therefore, the dwarf planet will not be dubbed Moony McMoonface or anything similar.

In fact, the public has the option of voting on just one of three candidates. They are: Vili, a Norse god; Holle, a Germanic goddess of fertility; and Gonggong, a Chinese water god. The cosmic object has one of the reddest surfaces ever discovered, and all three gods, besides being associated with creation, have a connection with the color red.[2]

Voting will continue until May 10. 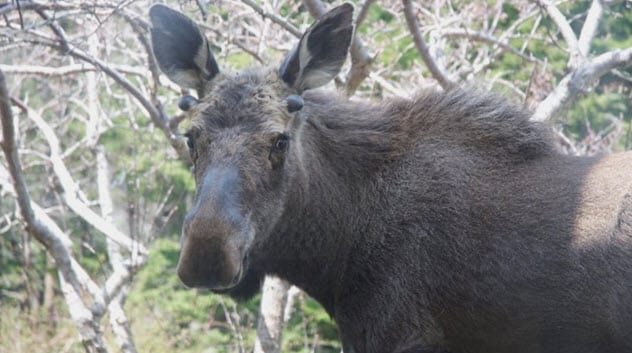 Canadian police officers trying to contain a wild moose received an unexpected bonus as the animal led them to a stolen car.

Last Saturday, the Royal Newfoundland Constabulary (RNC) in St. John’s received multiple calls from residents that a moose was on the loose in the city. Officers caught up with the animal and tried several times to lead it into the wooded areas up north of St. John’s. For some reason, the moose insisted on going south and evaded police containment efforts.

In the end, the animal gave the RNC a helping hand as it unwittingly led them to a car which had been reported stolen the previous day. The officers stayed behind to handle this new development while the moose was able to head into the Southside Hills as it intended.[3] 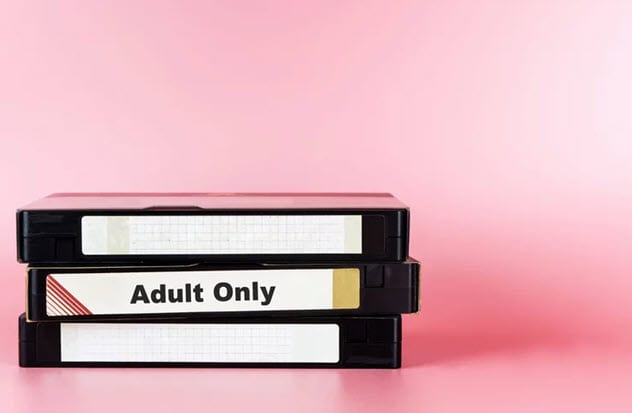 An Indiana man is suing his parents for getting rid of his vast collection of pornography and sex toys worth almost $30,000.

It had consisted of 12 moving boxes of films and magazines and two additional boxes of sex toys. When the man inquired about their whereabouts, his father revealed to him that they had disposed of them for his own well-being.

Now, the 40-year-old man is suing his parents. He is seeking compensation in excess of $86,000, almost triple what he estimated his collection to be worth. He claims that his parents acted “vindictively.” Although neither side has publicly commented on the matter, the father said in an email that he did his son a “big favor” and hoped that he will realize this one day.[4] 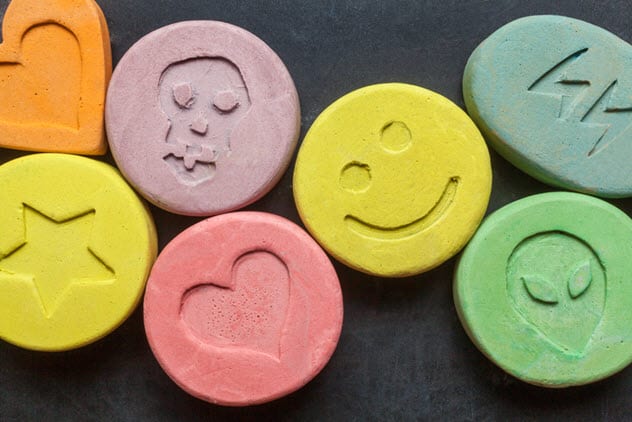 Japan has its own version of Walter White in the form of a university professor who admitted to teaching students in his pharmaceutical science class how to make Ecstasy.

Tatsunori Iwamura is a 61-year-old teacher at Matsuyama University in Ehime prefecture. He divulged that he had showed his pupils how to manufacture MDMA and 5F-QUPIC, a cannabis-like designer drug, in 2013. Drug enforcement officers acted on a tip, and while they did not find signs of Ecstasy, their search did uncover traces of the cannabis substance.

Unnamed sources claimed that Iwamura once had a license to manufacture illegal drugs issued by a local government outside Ehime, but it has since expired. The professor said that he taught his students how to make Ecstasy to “further their knowledge.”

Authorities believe that 11 students manufactured drugs under Iwamura’s guidance. He could face up to 10 years in prison for his actions.[5] 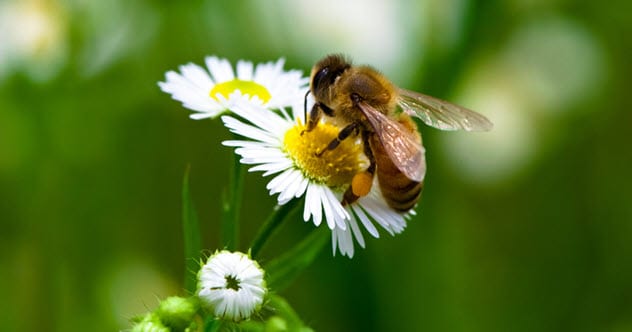 The biggest threat to bees is colony collapse disorder (CCD). This phenomenon occurs when most of the worker bees in a colony disappear, leaving behind the queen and only some nurse bees to care for the immature bees.

Eventually, this causes the hive to die. Last year, up to 40 percent of the hives in the United States fell to CCD and scientists are not even sure what the cause of this disorder is.


4 What Ancient Pee Can Tell Us 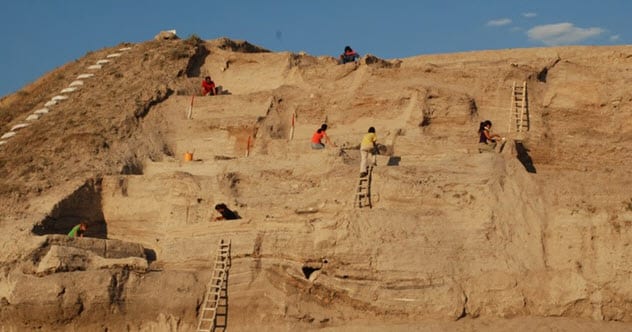 A study published in Science Advances reveals that archaeologists are using an unexpected new resource—ancient urine—to estimate the size of one of the first settlements to practice animal husbandry.

Over 10,000 years ago, hunter-gatherers settled down in Asikli Hoyuk (in modern-day Turkey) and began domesticating sheep and goats. They appeared to be among the first to do so and did it for 1,000 years.

Researchers previously uncovered animal bones and pieces of ancient dung that attested to this fact. But they have come up with a new model that analyzes the chemical signatures of urine in the soil to estimate the size of the population.

Led by Jordan Abell from Columbia University, the team first discovered that the region had unusually high concentrations of salts. They believed that urine could be the source. They took over 110 soil samples from different areas and different layers to cover the 1,000-year span in which people lived in Asikli Hoyuk.

The researchers looked for chemical signatures such as nitrate, chlorine, and sodium. Scientists also had to account for other sources of salts such as rainwater or ash from wood fires. In the end, they estimated that an average of around 1,800 humans and animals were peeing in the village each day.[7] 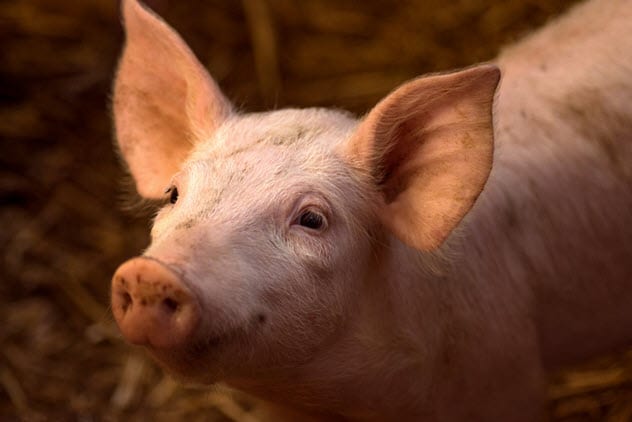 According to a study published in Nature, American scientists from Yale University were able to partially revive brain activity in pigs that had been dead for hours.

Researchers started off with 32 pig brains which they received from an abattoir. After a four-hour wait, the brains were pumped with a proprietary synthetic blood concoction which contained oxygen and certain drugs to minimize the death of brain cells.

The brains were treated this way for six hours. Afterward, scientists found working synapses, regular responses to medication, and oxygen usage identical to that of a normal brain.

All of this was happening 10 hours after the animals had been decapitated. However, an electroencephalogram (EEG) showed no signs of brain-wide activity that would indicate awareness. Basically, the brains were still dead.[8]

Is this the first step in a zombie pig apocalypse?

Probably not, but ethicists are already calling for new guidelines for this field of study going forward. They believe that the animals used in these kinds of experiments could end up in a “gray area” where they are not alive but not completely dead, either.

At the very least, this study challenges the things we thought we knew about brain decay following death. It was considered an immediate and irreversible process after the blood supply was cut off.

This shows that it is a more “gradual, stepwise process” where some parts can be postponed and even reversed. The most obvious benefit could be seen in the study of brain diseases like Alzheimer’s.


2 The Giant Lion Hiding In A Drawer 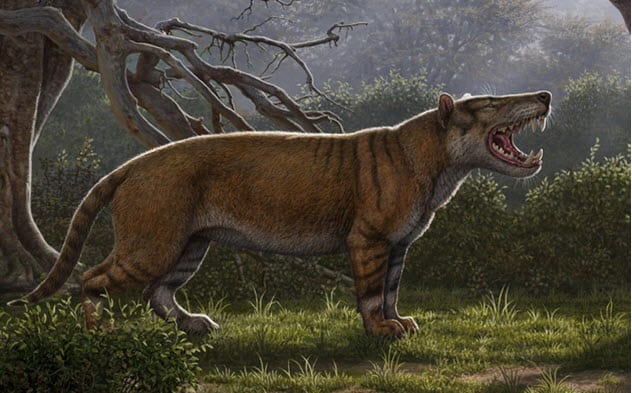 Scientists announced the discovery of an animal which was one of the largest mammalian carnivores ever to walk the planet. They realized they had a new species on their hands after analyzing fossils which had been sitting in a desk drawer at the Nairobi National Museum for decades.

The animal is called Simbakubwa kutokaafrika, and it prowled the Kenyan savanna until 23 million years ago. It has been referred to as a “giant lion,” and its name actually means “big African lion” in Swahili. However, there is no close relation between Simbakubwa and any modern predators. It belonged to an order called Hyaenodonta which went extinct.

Although we’ve had fossils of the animal for a while, it wasn’t until 2010 that a team from Ohio University took a closer look at them. They had the lower jaw and teeth which enabled them to calculate that Simbakubwa weighed up to 1,500 kilograms (3,300 lbs). Co–lead researcher Matthew Borths compared it to the fictional “wargs” from Lord of the Rings.[2]

The Universe’s First Type of Molecule Is Found at Last

Astronomers have detected helium hydride, the first type of molecule created in the early universe.

Following the big bang, the universe was filled with hydrogen and helium atoms. According to our understanding of chemistry, the conditions were right for those atoms to collide and form helium hydride. Scientists have speculated for decades that the molecule is present in the interstellar medium, but until now, we have only been able to create it in laboratories.

NASA made the discovery using the Stratospheric Observatory for Infrared Astronomy (SOFIA) telescope. It was pointed at planetary nebula NGC 7027, which is 3,000 light-years away from us. Scientists have long considered the nebula a great candidate for observation of the primordial molecule, but they simply lacked the proper instruments.[10]

It wasn’t until SOFIA got the German REceiver for Astronomy at Terahertz Frequencies (GREAT) upgrade that it was able to pinpoint helium hydride in the chemical soup that is the nebula.

Just for clarification, the molecule is of the same type but does not actually come from the beginning of the universe. However, confirming its existence was imperative to show that we have a firm understanding of the early evolution of the universe.