It’s common knowledge that Jesus died a violent death after being nailed to a cross and hung to die. But what’s not as commonly known is that His disciples also died extremely violent deaths. Some of them died almost like Jesus did. Others died similarly but with a few differences. Still others died completely different, although just as violent, deaths.

One disciple got away from being tortured and died a normal death. One of them killed himself in a violent way. Another disciple is completely unaccounted for. And one method of execution the Bible mentions is left hanging in the balance, without a specific disciple to attach to the reference.

Let’s explore all of these bizarre findings in the different ways Jesus’s disciples died. 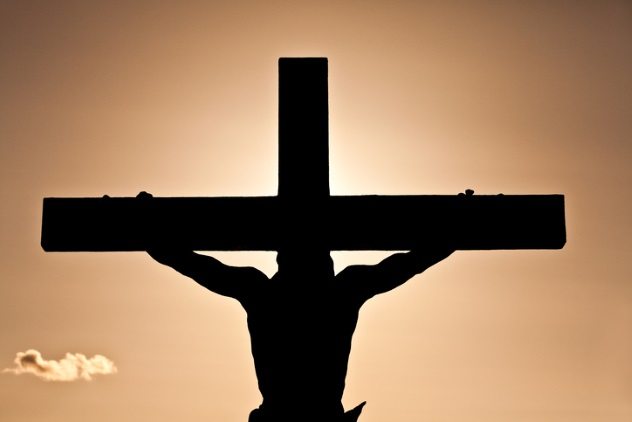 Jesus was not the only one who was crucified. It was a common form of execution, perfected by the Roman government.[1]

In addition to Jesus and a multitude of other convicted criminals executed in this manner, three of Jesus’s disciples were killed using this method of torture. Philip, Thaddeus, and Simon the Canaanite endured this unfortunate experience. 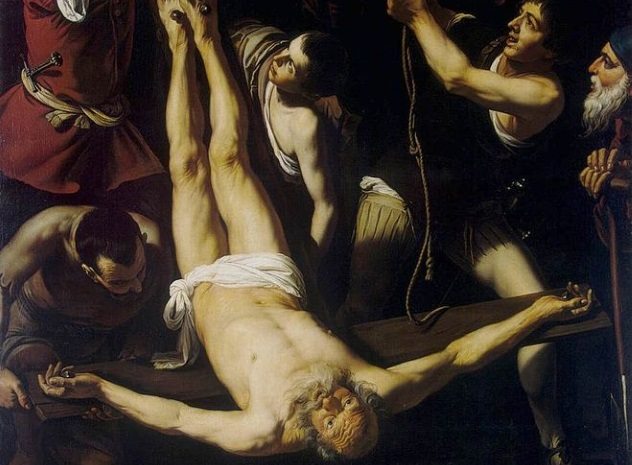 Peter was also sentenced to death by crucifixion. Tradition has it, however, that Peter was crucified upside down, with all other aspects remaining the same.[2] (Some sources claim Philip was crucified upside down as well.) It is believed that this was done because Peter refused to be crucified the same way as Jesus. He felt that being merely a disciple, he wasn’t worthy to die how Jesus did.

The veracity of this is questionable. The mere idea that executioners would allow a victim to determine the way in which his sentence would be carried out is debatable. Historical records neither prove nor disprove the claim. Nonetheless, it is common belief in Christian circles that the decision to crucify Peter upside down was his and that his execution was carried out as he had requested.

Unlike traditional crucifixion, in which the victim usually dies from suffocation, Peter’s death was likely hastened and was the result of brain hemorrhaging as blood rushed to fill his head in the upside-down position in which he hung.

8 Tied To A Cross 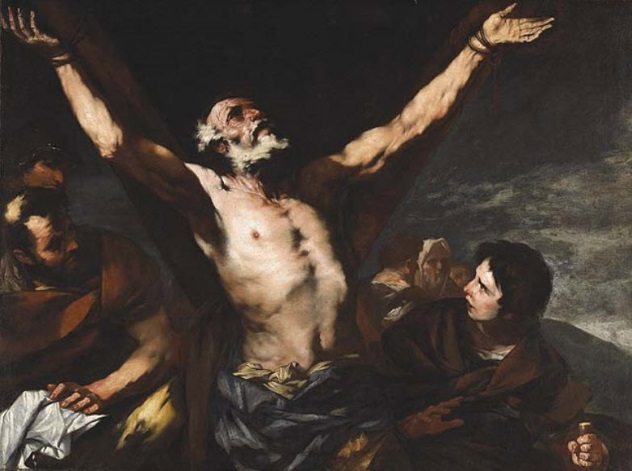 Andrew, another disciple, was also crucified. His death, however, had a twist that the others did not experience. Andrew was severely scourged, as was common practice in preparation of a victim prior to nailing him or her to the cross. Andrew, however, wasn’t nailed to the wood but was tied to it instead.[3]

At first glance, one might think he got off easy. What’s the violence or pain in that? That is until one realizes the full cruelty of this torture. When one understands how crucifixion works, in that the victims leverage back and forth from their wrists to their ankles, shifting their weight in order to breathe, one realizes the delay of death in being tied rather than nailed to the cross.

Unlike Jesus, who died after only six hours of suffering, Andrew hung alive on the cross for more than two full days and nights straight. He suffered all the same pains produced from crucifixion, with the mere exception of the nails piercing three parts of the body. This deliberate extension of the time needed for Andrew to eventually suffocate made the psychological and emotional torment of hanging until an inevitable death all the more devastating. 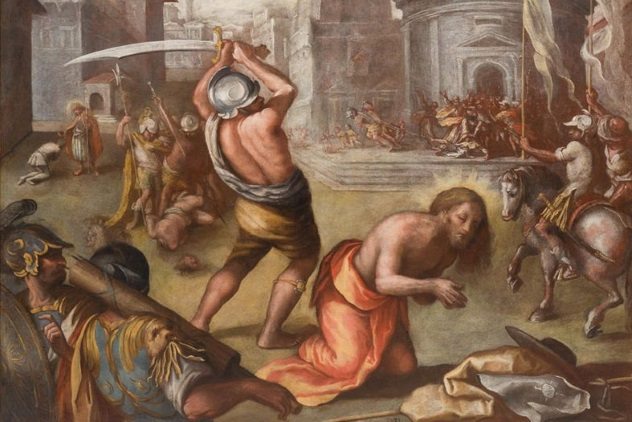 Decapitation is a bloody sight for the onlookers but a rather quick death for the victim. Although science is not exactly clear on how long a person lives after decapitation, there are some conclusions that suggest consciousness remains in the brain for several seconds after the beheading. The disciple who experienced this kind of death was James, son of Zebedee.[4] What is most interesting about his death isn’t how he died. It’s how the person responsible for his decapitation died.

Someone falsely accused him of breaking the law. That accusation led to his death sentence. However, James is said to have been so courageous at the events leading up to his beheading that his accuser repented of his false accusation, became a believer in Christianity, and asked to be beheaded alongside James in the execution. The executioners obliged, and both James and his accuser had their heads cut off together at the same time. 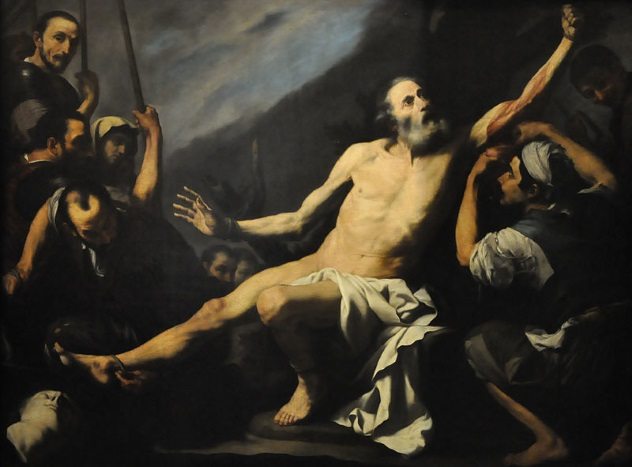 The details of how painful being skinned alive actually is are obvious. The cutting of the knife into the body—the entire body—and the removal of the skin is chillingly disturbing. The victim’s natural response to twist and jerk back from the knife would inevitably result in a far from perfect cut—and the knife would remove muscle and tear into ligaments. The entire body would be bleeding out from every avenue. Nerves would be exposed. The mere shock from the pain of this sort of torture is enough to kill the victim.

One of Jesus’s disciples experienced this particular death: Bartholomew. Although he was eventually beheaded, which is probably the official medical cause of death, his experience was quite different from the experience of James. Whereas James was led straight to his beheading, Bartholomew endured flaying prior to his execution.[5] Medically, he could have been dead already, with his decapitation having been nothing more than a public spectacle to top off the event. Although surviving the skinning and officially dying at the beheading is also a possibility. 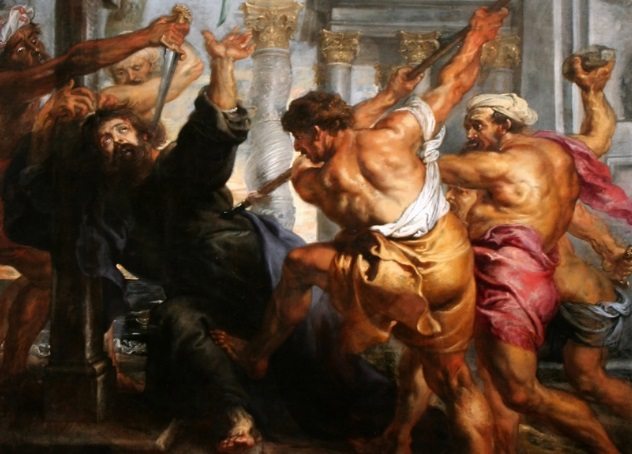 One of the disciples was speared multiple times until his punctured vital organs gave way to his death. That disciple’s name was Thomas.[6] As will be discussed later, a stabbing can cause death by blood loss over time. Spearing, however, is different.

Thomas didn’t die from the blood loss of multiple puncture wounds. He died because a substantially sized piece of iron had been shoved repeatedly into his chest cavity. This inevitably pierced his lungs, punctured his heart, and ruptured his liver. Although extremely painful, he probably died rather quickly from this torturous form of execution. 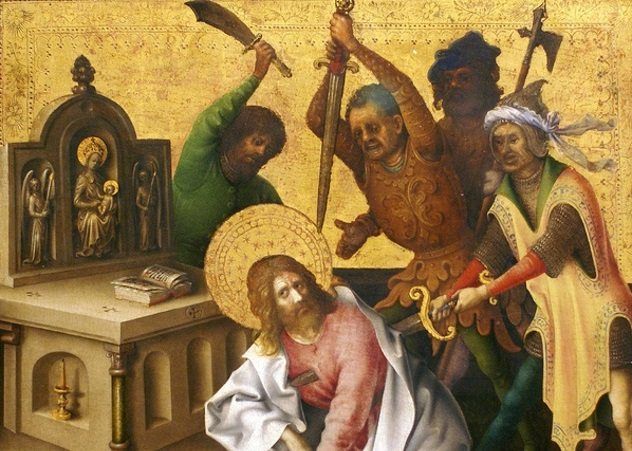 Matthew was stabbed to death. Unlike the spearing, however, Matthew didn’t necessarily die from having most or all of his vital organs slashed with a massive spear. He was stabbed in his back with a blade that may or may not have punctured his vital organs.[7] (Various sources have also claimed that he was burned, stoned to death, or beheaded.)

The death in this case could have been very painful and very slow. It’s also possible that he lost consciousness from the blood loss before dying. Since he was stabbed in the back, the most probable organs affected, if any were directly hit at all, would be the lungs or the kidneys. Although both are essential for survival, the amount of time it would take to die from a punctured kidney is different from a punctured heart. It isn’t known whether Matthew died from organ failure or loss of blood. The point here is that his death was probably slower than that of the spearing of Thomas. 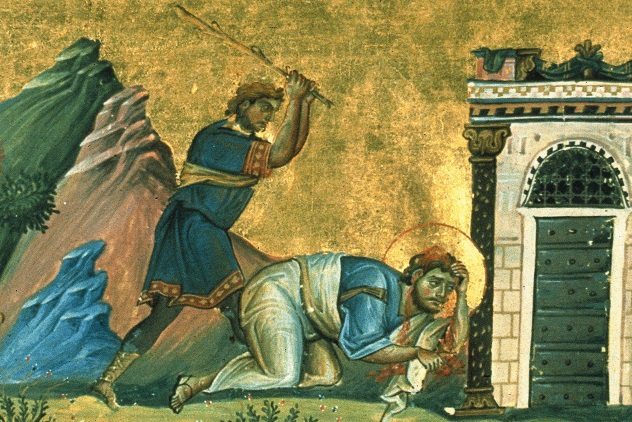 Jesus had two disciples named James. We’ve already mentioned the son of Zebedee, who was decapitated. The other James was the son of Alphaeus. He was stoned. After much stoning, however, he was still alive. Therefore, someone clubbed him to death, bashing his skull with a thick wooden cane.

Although death in this circumstance is imminent, it isn’t necessary immediate. In fact, seizures, paralysis, and distortion of senses can all result from blunt force trauma to the head.[8] Given the damage to James’s body, however, any effects he experienced probably didn’t last long. He possibly had seizures and fell into a state of unconsciousness. He then died from a combination of blood loss and brain trauma without even knowing what was happening. 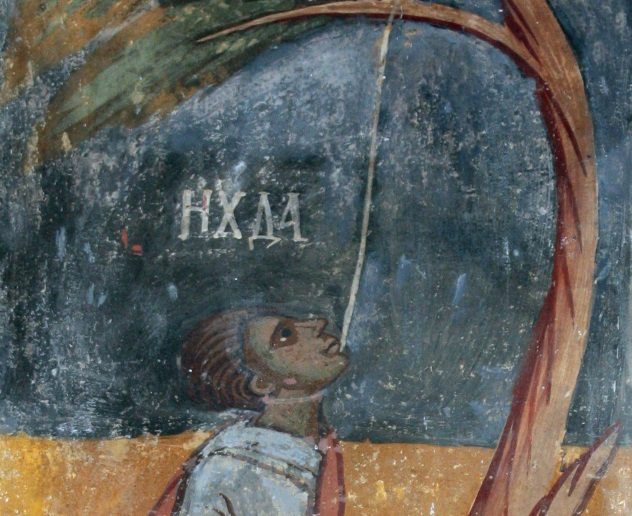 One of the more well-known disciples, Judas Iscariot, also died a violent death. The only difference was that instead of being killed for his beliefs, he committed suicide. He could not, however, go to his local Academy store in AD 33 to buy a shotgun and do it instantly. Instead, he hung himself.[9]

Hanging can be a quick loss of consciousness or a terribly long and painful process. It depends on whether or not the person’s neck breaks after the fall. If the neck breaks, the victim loses consciousness within seconds. If it doesn’t break, however, he hangs and suffocates over a period of time before losing consciousness. Either way, death usually occurs within five to 20 minutes. It’s not the time of death that varies; it’s the time of consciousness.

It isn’t known whether Judas’s neck broke or not. 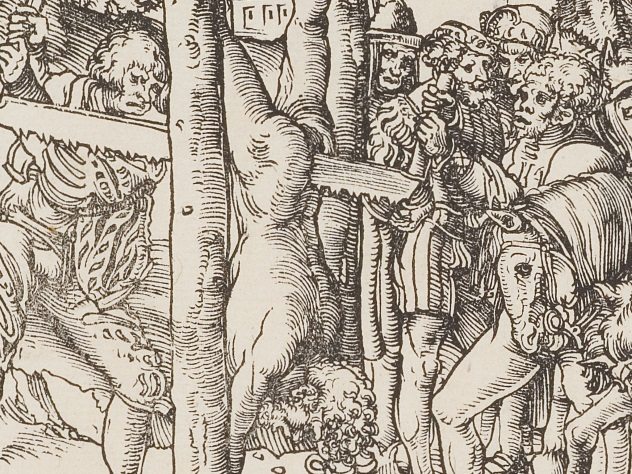 Although Jesus had 12 main disciples, he had many others who weren’t part of that close group. And so far, 11 of those 12 have been mentioned in this list. But the 12th disciple didn’t die a violent death. He, John, was exiled to an island, where he died alone of old age. Interestingly, a 13th disciple was nominated to replace Judas as one of the 12. His name was Matthias. But his death is not recorded in history. The Bible mentions every form of death we’ve discussed so far, and history shows us each of the disciples and how they fit into each category. But it mentions one other way the disciples died that none of the original 12 experienced.

This last method of death is being sawed in half.[10] It was likely carried out in vertical fashion, beginning in the region of the genitals and sawing upward through the head. Depending on the sharpness of the blade and the speed and strength of the executioner, this process could have been quick or slow. Starting from the lower regions as described above, the victim could be partially sawed and then left in such a state for a calculated period of time. Undoubtedly, this would have been a most painful way to die.

All in all, the disciples of Jesus experienced many violent and gruesome deaths. John is the only one to escape such a fate. Matthias is unaccounted for. (Was he sawed in two?)

The disciples believed in their cause, and they gave their lives for it, even when doing so meant painful, unimaginable deaths.

Aaron is a published author who travels full-time to speak at churches, universities, and other public events. You can connect with him on Facebook, Twitter, and Instagram.

Read more about the early days of Christianity on 10 Horrifying Tortures Of Early Christians and 10 Weird Facts About The Early Church.