The Roman Catholics have thought of everything. Who knew there were three patron saints of librarians, much less one? (FYI, they are Catherine of Alexandria, Jerome, and Lawrence of Rome.) Additionally, many saints hold multiple titles. Catherine of Alexandria, for instance, is the patron saint of a lengthy roster of people, places, and things that includes girls, barristers, knife grinders, archivists, and the University of Paris. But Catherine, revered as a Great Martyr, would probably have gladly foregone a couple of these honors in return for keeping her head attached to her body. No matter what your profession, marital status, or mental state, a multitude of saints are up there awaiting your prayers. As an added bonus, you can pencil scads of feast days into your calendar, making each year a nonstop commemoration of two millennia of miracles. 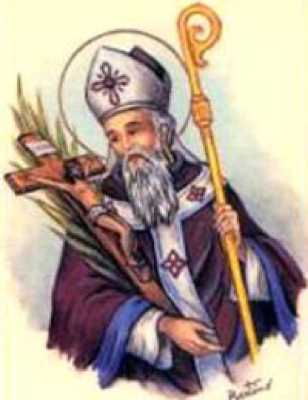 Cornelius was dragged kicking and screaming to the papacy in 251. He knew it was a death sentence, since the Romans had stepped up their persecution of the Christians and any pope was sure to meet a swift demise. Pope Cornelius enjoyed a relatively lengthy tenure, not being martyred for two whole years before his neck met with the sharp end of an ax. He is represented with a battle horn, and how that leads to being the patron against twitching, earaches, and epilepsy is left to the venerator’s imagination. 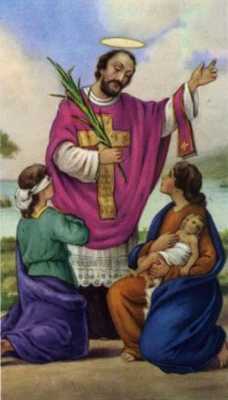 Valentine was a priest and a physician who aided martyrs in prison, which got him beaten and beheaded in 269. In addition to being the patron saint of love and happy marriages, Valentine is also the patron saint of beekeepers and against epilepsy and plague. He is often represented with birds and roses. 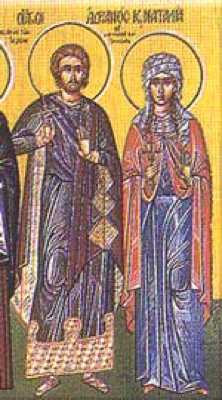 Adrian started his career as one of the prestigious Herculian Guard of the Roman Emperor Maximinus. Having a front-row seat to the persecution of Christians, Adrian came to admire their faith and joined their fledgling movement. Before he could even be baptized, however, he was arrested, tortured, chopped to pieces, and burned. His faithful wife salvaged his lifeless hand from the bonfire. 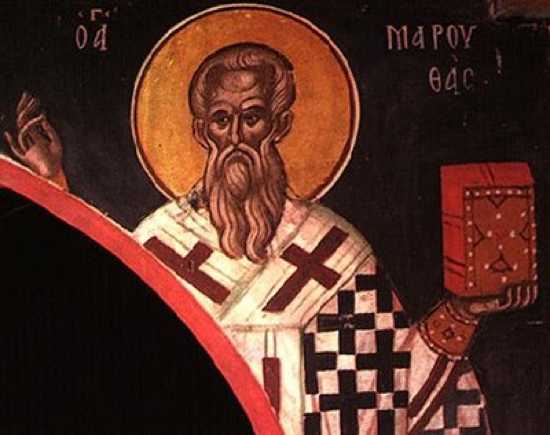 As the bishop of Maiferkat, which was then in Mesopotamia and is now in Turkey, Maruthas collected the stories and relics of Persian and Syrian martyrs. He was influential because of his writings, which include Acts of the Persian Martyrs (those who were put to death under Shapur II) and History of the Council of Nicaea. His dedication to negotiating peace between the East Roman Empire and the Persian Empire revealed his deft social and organizational skills. 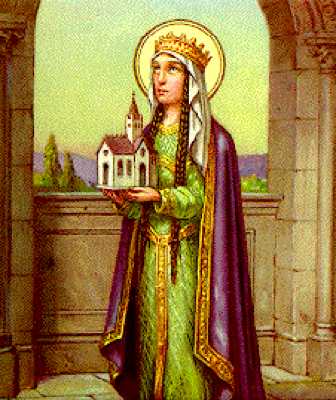 Clotilde was born a princess, the daughter of the king of Burgundy. After her father’s untimely demise while she was still a teenager, she became King Clovis’ second wife as a teenager. Her life was full of intrigue, beginning with the murder of her father and continuing through the murder of two of her grandsons by her son. Her great success was converting King Clovis to Christianity; apart from that she was never able to negotiate a peace between her sons, who squabbled endlessly over the kingdom after the death of their father. To get away from their nonsense she moved to Tours, France, and spent the rest of her life caring for the poor and sick. She died and was buried at the Abbey of St. Genevieve in Paris, where her relics remain. 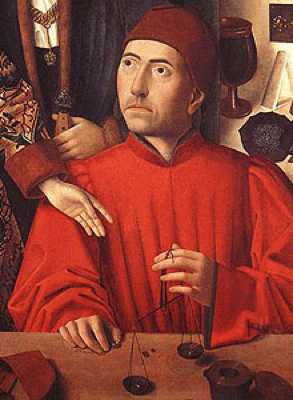 Elgius was a talented metalsmith. He was apprenticed to the master of the mint at Limoges, France, and became master of the mint under King Clotaire II in Paris. He constantly gave alms to the poor and lived a pious life. In 641 he became a bishop in Flanders, built the basilica of Saint Paul, and had a penchant for designing reliquaries and discovering many relics. He is a saint for all things related to metalsmithing and horses, due to his deft touch with them (he supposedly cut off a horse’s leg in order to re-shod the hoof and then reattached it to said horse). When horses were replaced by automobiles, and thus stables with gas stations, he became the saint associated with gas station workers. 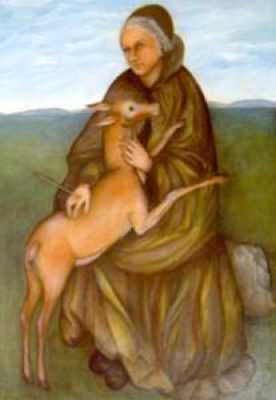 The patron of breastfeeding is a dude. Giles was born wealthy, gave his money to the poor, and became a miracle worker. To discourage followers, he retreated to a cave in bucolic southern France. The cave opening was covered by a thorny bush, which made it difficult for Giles to come and go, so God gave him a deer so he could drink her milk. After a series of events in which the king came a-huntin’ and tried to shoot the deer with an arrow, missed, and hit Giles instead, the hermit’s hidey hole was discovered and his fans descended en masse. The king built Giles a monastery nearby, and the miracle worker moved in. Because of his crippling arrow injury, the monastery became a destination for cripples and beggars, who were often one and the same. 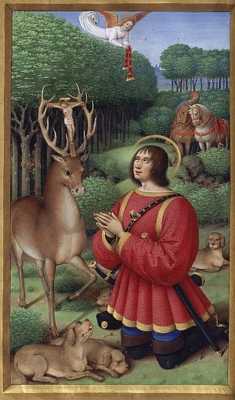 Hubert was the first born son of Bertrand, Duke of Aquitaine. He became a widower when he was young and gave up his wealth and title and studied for the priesthood. He is associated with the hunt, and thus he is patron saint of hunting dogs, especially bloodhounds, and the patron saint against rabies and dog bites. He is often represented with a stag’s head and a couple of hounds. 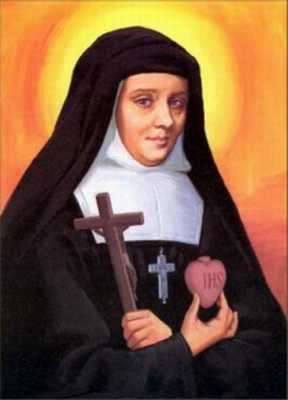 Jeanne was raised by a single dad, her mother having died shortly after her birth. She married a baron at age 20 and had four children. A hunting accident left her a widow at age 28. The young mother was forced to live with her unbearable father-in-law, and to get away from him she spent as much time in prayer as possible. She became a follower of Francis de Sales in 1604 and founded the Order of the Visitation of Our Lady, which opened 69 convents in her lifetime for women who were not healthy or young enough to join other orders. 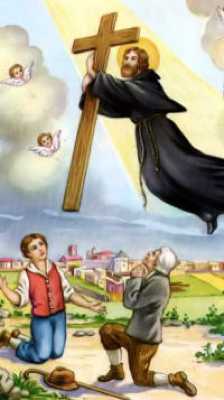 Joseph began having ecstatic visions at age eight, and their frequency got in the way of his having a normal upbringing – as did the fact that he had a learning disability, which affected how he studied for his theology exams at the friary. He was able to absorb only small nuggets of information at a time, and then he would pray that he would be tested on only that material. Apart from this, he was known for making quite a scene wherever he went, due to the number of triggers for his visions, which would leave him gaping in dumbfounded wonderment for lengthy periods of time. To limit his disruptive tendencies in the highly regimented friary, he was sequestered for decades in his room at the Capuchin monastery in Cupertino, Italy. They even drew the attention of the Inquisition, but nothing could rouse him from his strict faith. In addition to examinations, he is also the patron saint of aviators, due to his habit of levitating during prayer. For this unusual talent, he earned the nickname “The Flying Saint.”