The Bible is a constant source of consolation and guidance for billions of people in the world. Most people know that there are some curious or questionable aspects to the Bible but few can quote them. Here are ten of the most curious lessons on morality to be found in the Old and New Testaments. 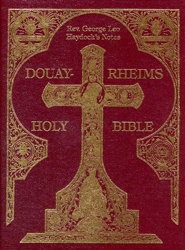 Honour thy father and mother: And: He that shall curse father or mother, let him die the death. — Jesus

Don’t let your cherished Bible get scuffed and torn. Protect it with Serenity Prayer Two-tone Bible / Book Cover at Amazon.com!

If a man have a stubborn and unruly son, who will not hear the commandments of his father or mother, and being corrected, slighteth obedience: 19 They shall take him and bring him to the ancients of his city, and to the gate of judgment, and shall say to them: This our son is rebellious and stubborn, he slighteth hearing our admonitions, he giveth himself to revelling, and to debauchery and banquetings: The people of the city shall stone him: and he shall die, that you may take away the evil out of the midst of you, and all Israel hearing it may be afraid.

And he went up from thence to Bethel: and as he was going up by the way, little boys came out of the city and mocked him, saying: Go up, thou bald head; go up, thou bald head. And looking back, he saw them, and cursed them in the name of the Lord: and there came forth two bears out of the forest, and tore of them two and forty boys. 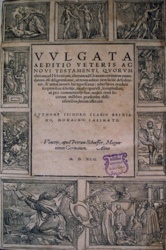 Therefore kill all that are of the male sex, even of the children: and put to death the women, that have carnally known men. 18 But the girls, and all the women that are virgins save for yourselves.

Let women keep silence in the churches: for it is not permitted them to speak, but to be subject, as also the law saith. But if they would learn any thing, let them ask their husbands at home. For it is a shame for a woman to speak in the church. — Paul

Let the woman learn in silence, with all subjection. But I suffer not a woman to teach, nor to use authority over the man: but to be in silence. For Adam was first formed; then Eve. And Adam was not seduced; but the woman being seduced, was in the transgression. — Paul

But I say to you, that to every one that hath shall be given, and he shall abound: and from him that hath not, even that which he hath, shall be taken from him. But as for those my enemies, who would not have me reign over them, bring them hither, and kill them before me. — Jesus 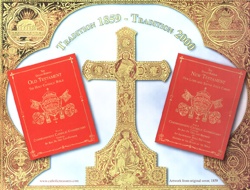 Do not think that I came to send peace upon earth: I came not to send peace, but the sword. For I came to set a man at variance against his father, and the daughter against her mother, and the daughter in law against her mother in law. And as a man’s enemies shall be they of his own household. He that loveth father or mother more than me, is not worthy of me; and he that loveth son or daughter more than me, is not worthy of me. — Jesus

And, in like manner, the men also, leaving the natural use of the women, have burned in their lusts one towards another, men with men working that which is filthy, and receiving in themselves the recompense which was due to their error. Who, having known the justice of God, did not understand that they who do such things, are worthy of death; and not only they that do them, but they also that consent to them that do them.

And I gave her a time that she might do penance, and she will not repent of her fornication. Behold, I will cast her into a bed: and they that commit adultery with her shall be in very great tribulation, except they do penance from their deeds. And I will kill her children with death, and all the churches shall know that I am he that searcheth the reins and hearts, and I will give to every one of you according to your works. — Jesus