Teenage wildlife, left alone and uncared for by a world that – in the immortal words of many a teen – ‘just doesn’t understand,’ has always found sanctuary within the realm of cinema. Thousands of movies have been made starring these young-blooded, angst-ridden, girls and boys, acting upon their wildest instincts and impulses, their craziest dreams and desires. The films selected here come from all around the world, and sadly have not seen a bigger audience. However, I believe these films are the quintessence of teen-angst: their characters are sometimes incomprehensible, but fully alive; their values are corrosive, even amoral to a point; their moments are intense, ephemeral, eternally in the present moment. Some trailers below contain disturbing content. If you like this list you should also check out our Top 10 Dark Themed Teen Movies.

(Most of these films are not commercially available on DVD, but they are accessible in the Internet, if one knows where to look). 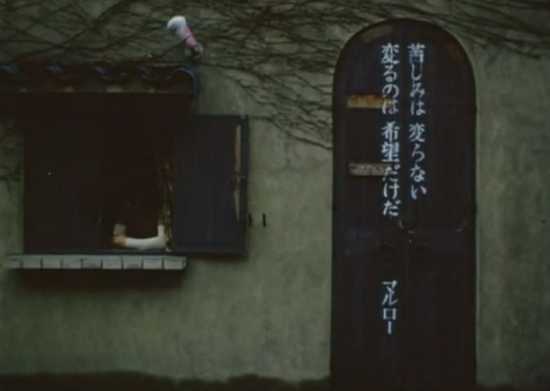 Full Title: Throw Away Yours Books, Rally in the Streets

One of Japan’s foremost avant-garde directors brings us this anthem of the marginalized youth. Utilizing a fractured and fragmented narrative involving a psychological foray into the tragic alienation and disenfranchisement of countless Japanese citizens during that era, a radical call for revolution among the young counter-cultural generation of Japan, and a dizzying psychedelic aesthetic, the film brings home the fact that when history is on the precipice of a new dawn, the moment will belong to the young. The NSFW trailer is here. 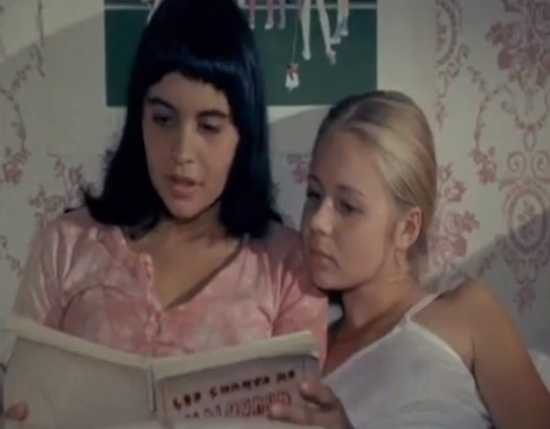 Without a doubt, one of the most blasphemous and sacrilegious films ever to be put on celluloid, it is surely one of the best films ever made about the incomprehensible irrationality of teenage years. Two best friends, Anne and Lore, reside at a convent school where they take a vow to serve Satan. What happens afterwards is something akin to the trouble-making antics in films such as Problem Child, but in this film the acts are much more perverse and ultimately destructive. As a blazing F-you to religion, parents, suburbia, and literally everything under the sun, this films definitely deserves a spot on this list. The disturbing trailer is here.

There is always a thrill, desperate and melancholic, that permeates teenage romances. Olivier Assayas’ autobiographical tale could arguably be the most melancholic and desperate of all teenage romances. It’s 1972, and Gilles and Christine are two fresh-faced sixteen year-old lovers looking for a way out of their seemingly miserable lives. They find temporary solutions in rock and roll, hardcore drugs of any kind, and eventually crime. After all these attempts at happiness, the only option available to the young lovers is to run away from home and into the cold dark night. It would be hard not to relate to the film’s feelings of wistful and in the end tragic romance.

Yet another adolescent romance, this time set in Sweden, but unlike the previous French film, this has more of a subtle, graceful tone instead of an urgently tragic one. Set against the backdrop an old generation crumbling before the latest period in history, the time is ripe for new love to bloom. Going against the conformity and frustration of their parents, fifteen year-old Pär and fourteen year-old Annika fall madly, deeply, in love. It is a fragile film, full of meaningful but flittering looks and glances between the two lovers, evoking a sense of the awkwardness and delicacy of those first teenage years.

At first glance, a lot of people won’t consider this a film of teenage angst, for the reason that Takashi Miike’s trademark ultra-violence and perverse deliriousness gets kicked into another gear and becomes the focal point anytime one tries to discuss this early work by the master. Witnessing the death of his brother at the hands of his yakuza father, the surviving son swears vengeance against all those linked to his brother’s death. Not only is it a masked critique on patriarchy in modern day Japan, but it is first and foremost a blood-stained declaration of the young generation replacing the corrupt old fogeys, by whatever means necessary.

Along with the first entry, this Korean film is probably the most experimental film on this list. And once again, this is a film about the old and new generations – the former represented by a group of street bums and the latter by a juvenile delinquent street gang. But it isn’t about the clash between these two different groups, but their similarities. Focusing predominately on the delirious and dizzying activities of the young street gang, one gets the sense that these characters, these roaming animals, don’t have a future, and will never have one, for the sole reason that the young can only live in the now of things, and nowhere else.

Is there any other film character in existence that is as painfully awkward as Mike, the fifteen year-old protagonist in Deep End? Mike has just taken a job at the local swimming bathhouse, and there he meets and becomes obsessed with an attractive woman who is much older than him. This woman is also engaged, and yet this doesn’t stop Mike one bit. Growing pains has never been so painful, and never has a coming-of-age story been filmed with as much urgency and desperation as this mostly unknown seventies masterpiece.

Gleefully directed by one of cinema’s arch anarchists, this early film is one of the most influential acts of rebellion in all of cinema. An autobiographical tale, directly coming from the director’s own experiences as a teen, and only forty-one minutes long, this short film about boarding school students turned berserk contains a famous surrealistic sequence of a pillow fight in slow motion that powerfully epitomizes the unfettered energy of the young at heart. Bursting with joy and anarchy, this is one of cinema’s supreme statements on teen angst; it’s only unfortunate that Vigo did not make more films. The full movie is embedded above.

Taking place during the director’s adolescent years, the film is about Xiao S’ir who gets involved with a local youth gang and in the process falls in love with the gang leader’s girlfriend. Still this summary isn’t adequate for the Tolstoy-ian proportions of this four hour Taiwanese masterpiece. There’s rock music, failing fathers and mothers, violence, history, etc. But the main point of this film is that those who desire to run away from the times they are living in – namely, the teenagers – are the ones who are most affected by those times, in often destructive ways. This is my favourite film of all time, and it stays at number 2 because there is one other film that deals with teen angst in all its rebelliousness even more fervently.

Two teenage girls by chance meet up in a mental institution. One is the rich daughter of a political candidate; the other is an impoverished wannabe rock star. The two decide to run away, for good. This is one of the few films which show teenagers actually being comfortable in their marginality, their recklessness, the muck and the filth. Teenagers who scream out that they don’t give a damn about parents, institutions, society! Featuring a soundtrack consisting of Talking Heads, Lou Reed, XTC, Roxy Music – music becomes an impetus for the two girls as they walk around this world that doesn’t understand them one bit. If it weren’t for each other, they’d be alone, but now they’re alive. And that’s what being a teenager is all about.