The Constitutional Monarchy of Great Britain is a tricky business, there are lots of things to get right and a lot of things to remember. In specific, I am writing about the Royal Family and misconceptions about their state and what they do as well as things people often get wrong about them. Here is my list of the top ten Royal Misconceptions to avoid at all costs. 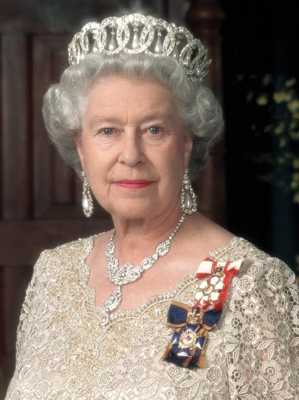 Her Majesty Queen Elizabeth II is often wrongly credited as being just the Queen of England. This is a deep understatement as she is Queen of 16 countries. To account for them all we should say she’s the Queen of The United Kingdom, so Queen Elizabeth II of the United Kingdom – bearing in mind that she has official unique titles in each country she reigns over – for example in New Zealand her official title is: “Her Majesty Elizabeth the Second, by the Grace of God Queen of New Zealand and Her Other Realms and Territories, Head of the Commonwealth, Defender of the Faith.”

Diana, when she was a member of the Royal Family was never actually a Princess. This is a common assumption that stretches much further than Diana and people are applying it to Catherine, Duchess Of Cambridge calling her ‘Princess Kate.’ Diana, Princess Of Wales was, although PRINCESS of Wales, never a Princess in her own right (only members of the Royal Family by birth are usually styled as Prince/Princess). If you must style either of them or any Royal wife by their name then they should be styled on their husband’s title. Take for example HRH Princess Michael of Kent. She was not given a Royal title upon her marriage to HRH Prince Michael of Kent and thus, she adopted her husband’s title and has for over 15 years. Likewise Catherine and now Camilla (but Diana when she was married) should be styled as Her Royal Highness Princess William Of Wales and Her Royal Highness The Princess Charles respectively. 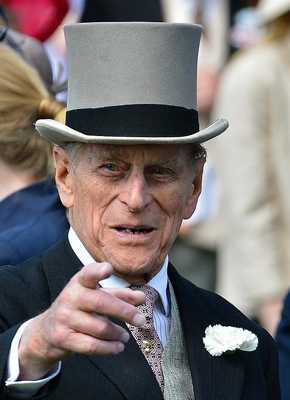 Despite having huge precedence in the United Kingdom as husband of the sovereign, Philip, due to ancient Royal tradition, is not styled as King. This is largely due to the fact that in the United Kingdom whilst a woman will adopt her husband’s title upon marriage, the reverse is not true. This is why titles are almost always issued to men (when Prince Philip and Princess Elizabeth married, the Dukedom of Edinburgh was conferred upon Philip rather than Elizabeth otherwise Philip would remain a mere prince of a lost Monarchy: “His Royal Highness Prince Philip of Greece”).

7The Queen Pays No Taxes 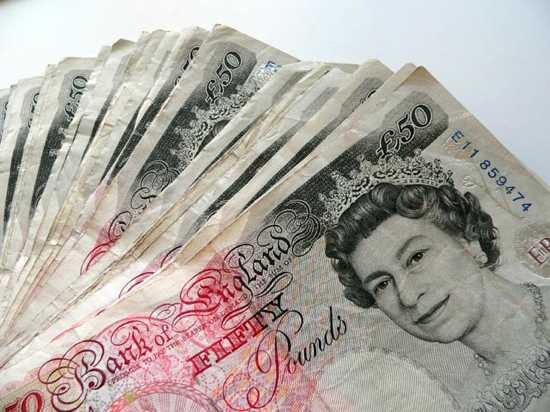 Elizabeth II’s father (King George VI) fought not to pay tax as he regarded it as a Royal Prerogative. When the debate rose again in parliament (as Royal Finances tend to do every few years) it was eventually decided by Her Majesty that she would pay tax but at a lesser rate and she wouldn’t pay Stamp Duty, inheritance tax or primarily income tax. And now as a result of that, on all her private estates (e.g. the Duchy of Lancaster) she pays income tax.

6 The Queen Has Two Birthdays 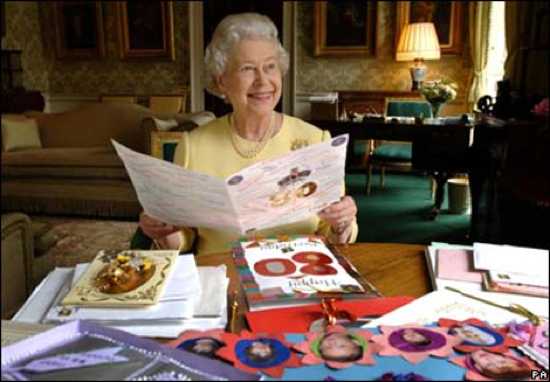 Queen Elizabeth II was born on 21st April 1926 as Princess Elizabeth of York. The event celebrated on the first Saturday of June marks the Trooping The Colour (also referred to as The Queen’s Birthday parade). Edward VII (the Queen’s great grandfather) set the date for the sovereign’s birthday parade to be in June as the weather was better for that sort of parade rather than for his birth month which was in November, a month not famed for its great weather in England. Ever since, the birthday parade has always been in the summer regardless of the sovereign’s actual birthday. Nowadays the Queen’s actual birthday is celebrated in private but marked by a 41-gun salute.

5 Driving Illegally Without a License 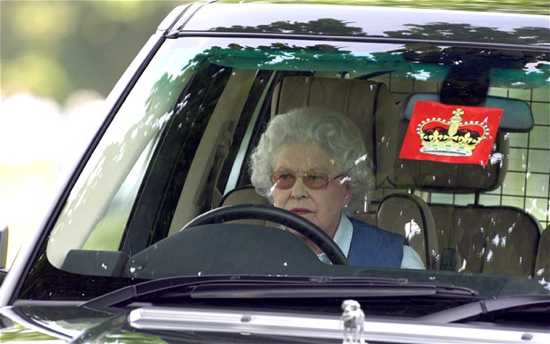 During WWII, the then-Princess Elizabeth had decided to sign-up to the ATS (Auxiliary Territorial Service), during her time serving she learnt to repair cars and drive. This helps considering the sovereign requires no driving license (though she has one – she has just never taken a test), number plates (which are usually JGY 280 after the first car her father bought her) or passport (as the country is technically hers). Other members of the Royal Family require all three of the former though including Prince Philip. The Queen also seldom wears a seatbelt.

4 The Queen Rules Over Us 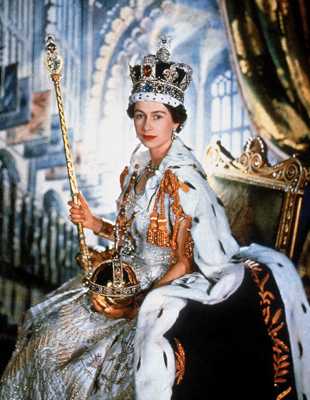 Ever since 1215 when the Magna Carta was signed by Prince John, no King or Queen has ruled over the United Kingdom or England. To rule is to have absolute control whereas the Queen reigns, working alongside the government in a constitutional monarchy. So she ‘Reigns Over Us’ hence the national anthem saying ‘Long to reign over us, God Save The Queen.’

3 The Queen Wears Her Crown All The Time. 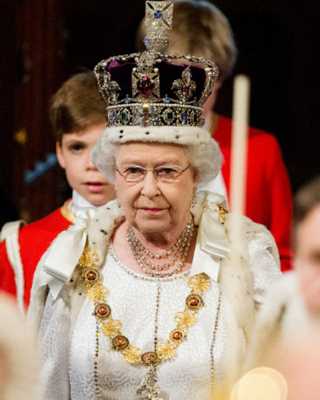 Her Majesty has an array of headdress for every occasion. However she only has one crown that is commonly used and even then that crown has only one – possibly two – uses a year. I am of course talking about the Imperial State Crown, that crown is only used once a year at the State Opening of Parliament to symbolize the Queen’s power as sovereign. It is extremely heavy so the Queen avoids wearing it wherever she can and in the run up to the State Opening she wears it for a few days before the event to get used to its weight. Prince Charles once said that one of his most vivid childhood memories was The Queen as bath time coming up and washing him wearing the crown preparing for state opening week. He says he found this most amusing. 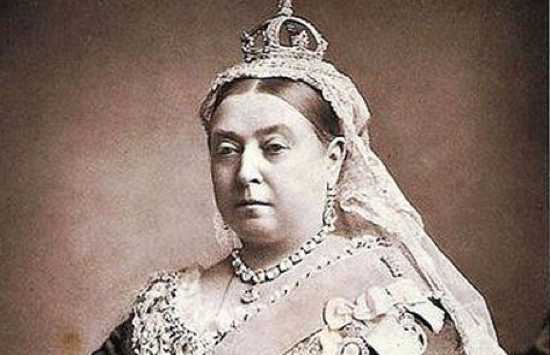 Queen Victoria was, without doubt, one of the most popular Queens ever. She is often credited with many trends and inventions, including the worldwide trend of wearing a white wedding gown, but one thing’s for sure – she almost certainly didn’t use the famous phrase ‘We Are Not Amused.’ It is actually more likely to have been said by one of her ladies-in-waiting. In statements where Queen Victoria is credited as saying it, it is often said that she said it alone, referring purely to herself. Although it may seem strange to refer to oneself as We but for Kings and Queens, it’s not unusual. For centuries the ‘Royal We’ or Majestic Plural has been used to denote the sovereign’s power and might as being the excellent leader.

1 Charles Isn’t Going to Be King 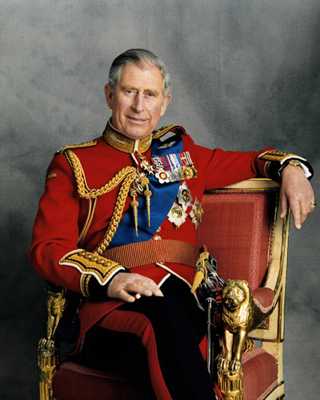 No, no, no and no. It is constitutionally impossible for Prince Charles to just say ‘well, I’m not needed here’ and let William be King. While it may be said William’s now more popular – Charles has prepared for this role for over sixty years and is not going to give it up at the drop of a hat. The only way William could get to be King before Charles dies is if Charles abdicates and seeing as Charles’ Great-uncle King Edward VIII was the only monarch to do this voluntarily in living memory, it’s hard to see him following that route with so many bad connotations.