Few buildings are as iconic as the White House, the residence and office of the President of the United States. Indeed, the White House has been the site of many historical events and has played host to a great deal of important historical figures. What few people may realize, though, is that the White House is perhaps one of the most haunted places in the United States. Numerous public officials and staff members have recounted stories of bizarre occurrences or eerie sightings. President Harry Truman once wrote to his wife that ‘[t]he damned place is haunted sure as shootin’.’ This list details the specific areas that supposedly see the greatest amount of ghostly activity at 1600 Pennsylvania Avenue. 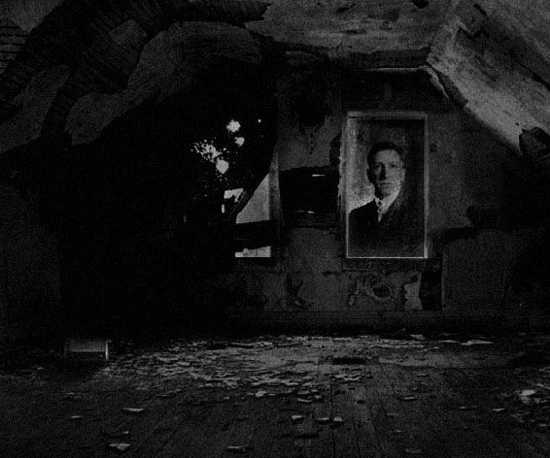 William Henry Harrison holds the dubious distinction of being the shortest-serving president and the first to die in office, succumbing to pneumonia a mere month after his inauguration. However, subsequent residents have believed that Harrison’s ghost still haunts the White House attic, rummaging around for something unknown. Several presidents have reportedly heard the unexplained noises coming from the attic above the Oval Office.

Others report that Harrison is not alone. A Truman-era security guard once reported hearing ‘I am David Burns’ coming from the attic above the Oval Office. In 1790, David Burns was the man forced to surrender his land so that the White House could be built. 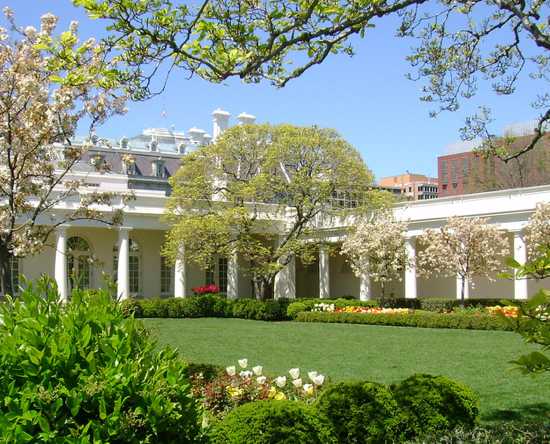 The Rose Garden is one of the commonly used sites for presidential announcements. It is also the site of a particularly creepy haunting. The garden was originally planted by First Lady Dolley Madison in the early 1800s. A century later, when First Lady Ellen Wilson requested that the garden be dug up, garden workers reported that Madison’s ghost appeared and prevented them from destroying her garden. Since that time, other White House insiders have reported an occasional and inexplicable smell of roses in the White House. These instances are often credited to Madison’s ghost. 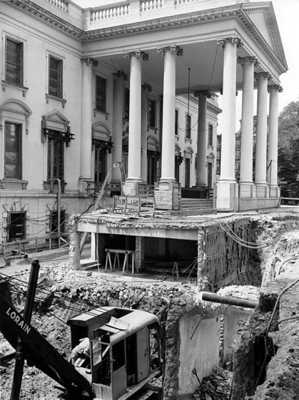 White House lore tells of something particularly dire lurking in the basement. Unlike other areas of the White House that are inhabited by spirits of figures from American history, the basement is said to be the home of a ‘demon cat.’ Those who have reportedly seen the cat claim that it first appears as a small kitten, but as you get closer it becomes a larger and larger phantom beast. According to the legend, many years will pass with no one encountering the demon cat, but, when it does appear, it serves as a warning of a great national disaster. The demon cat was supposedly sighted shortly before the great stock market crash of the 1920s and right before President Kennedy’s assassination. 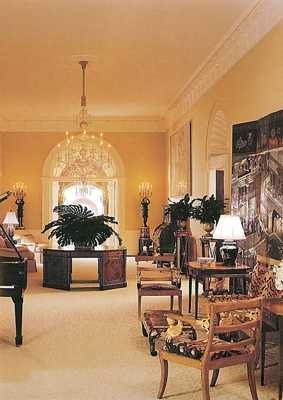 The second floor of the White House is the residence for the First Family, so many of the stories that emerge about this area come from presidents and their families. One of the most frequently reported White House ghosts is President Abraham Lincoln, and the second floor hallways are some of his favorite haunts. Lincoln has been seen or heard by many residents, including First Lady Eleanor Roosevelt. President Truman once claimed to have heard Lincoln pacing the hallway and knocking on his bedroom door. It’s not just Lincoln in the halls – President William Howard Taft became the first person to report seeing the ghost of First Lady Abigail Adams, who he saw floating through doors on the second floor. 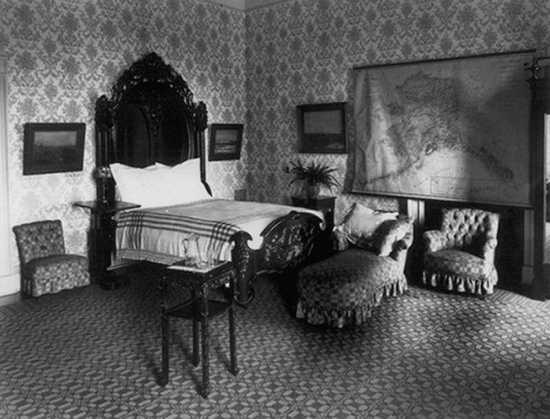 Various bedrooms on the second floor are used for the president’s family and other guests. One husband and wife pair reported that the ghost of a British soldier tried to set fire to their bed. It is presumed that this soldier was the man who set fire to the White House during the War of 1812. In addition, President Lyndon B. Johnson’s daughter Lynda once reported seeing the ghost of Lincoln’s son Willie, who had died in the very room in which she was staying. Other reported activity includes the ghostly screams of President Grover Cleveland’s wife, the first woman to give birth in the White House. Following renovations in 1952, activity in the bedrooms has decreased significantly. 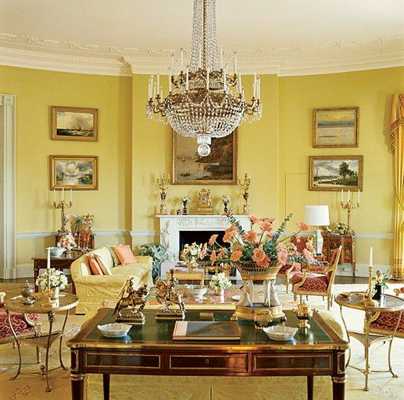 During Lincoln’s administration, this room was his personal library and one of his favorite rooms in the White House. Numerous White House employees have reportedly seen Lincoln gazing out the windows of this room. First Lady Grace Coolidge also claimed to have seen him here. In addition to Lincoln, the disembodied voice of David Burns (from #10 on this list) has been heard from this room. First Lady Mary Todd Lincoln also reported seeing the ghosts of both Presidents Thomas Jefferson and John Tyler here. 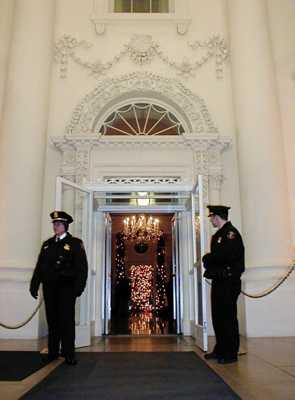 The White House entrance has a number of notable ghost fixtures. A torch-wielding British soldier (likely the same from #6 on this list) is often seen standing outside the front door. People have also reported seeing long-deceased White House ushers and doormen still tending to their duties. Perhaps most bizarre is the ghost of Anne Surratt, whose mother Mary was hanged in 1865 for her role in the Lincoln assassination. Anne’s ghost has been spotted pounding on the White House doors begging for her mother’s release. She is also reported to sit on the front steps every July 7, the anniversary of her mother’s execution. 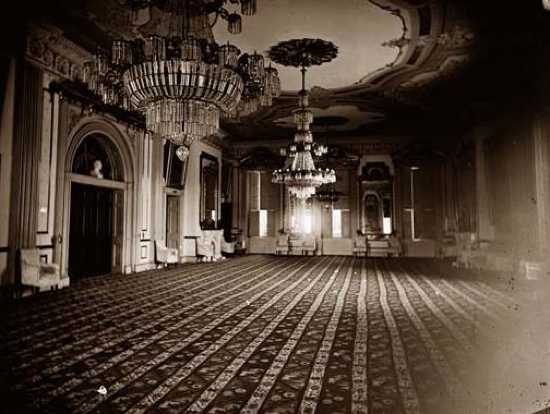 The East Room is the favorite haunt of Abigail Adams’ ghost. During her tenure in the White House, this was the room in which she would hang her laundry. She is often seen in or en route to the East Room with her arms outstretched, as though carrying a laundry basket. Sightings were particularly abundant during the Taft Administration, but as recently as 2002 a group of tourists reportedly saw Adams. In addition to her sightings, many people report the faint smell of laundry soap around this area. Lincoln has also been spotted here, the room in which his body lay in state. 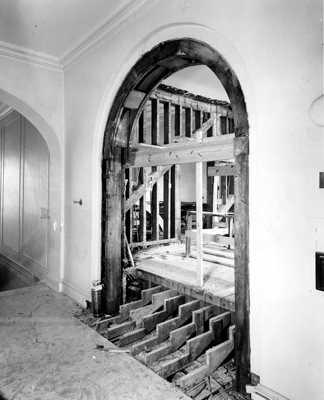 The Rose Bedroom is frequented by its former occupant, President Andrew Jackson. Numerous White House employees have seen or heard Jackson in the room, often engaged in hearty laughter or swearing violently. According to White House lore, there is an inexplicable cold spot on the canopy bed in the room where Jackson slept. Among the most notable reports, Mary Todd Lincoln claimed to have heard Jackson swearing and White House seamstress Lilian Parks felt his presence over her, which she recounted in her memoirs about her time in the White House. Not to be outdone, Lincoln has also been spotted here. When Queen Wilhelmina of the Netherlands stayed in this bedroom, she answered a knock on the door one night and saw Lincoln’s ghost standing in the hallway. 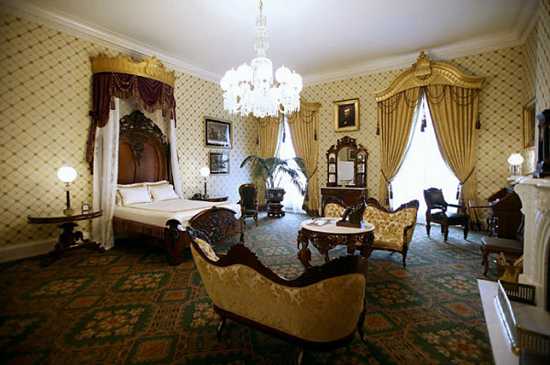 Given Lincoln’s frequent appearance at various places on this list, it is no wonder than his bedroom comes in at #1. Winston Churchill famously refused to sleep in the bedroom ever again after seeing the ghost beside the fireplace. (Churchill, it should be noted, had just emerged from a bath and was completely nude during the encounter.) Beyond those already listed as seeing Lincoln in other places, he has been spotted by: Presidents Teddy Roosevelt, Herbert Hoover, and Dwight Eisenhower; First Ladies Jacquie Kennedy and Ladybird Johnson; and presidential children Susan Ford and Maureen Reagan. Maureen and her husband both saw Lincoln standing beside the fireplace, just as Churchill has seen him. Other guests have reported that lights in the bedroom will turn themselves on and inexplicable cold spots will occur in the room.