As humans, we are a paradoxical animal. Our history has been punctuated by scientific discoveries, allowing us to advance and improve the way we live. Simultaneously, we use these very same wonderful breakthroughs to inflict needless pain. Aptly, we call this ‘human nature.’ With all the bad press we give each other, we often lose sight of the good we are capable of. An increasing cultural focus on environmentalism has emphasized the many wonderful forms of life which we have carelessly wiped out. To help bring us back down to Earth, here are ten animals and plants who owe their continued existence entirely to humanity. 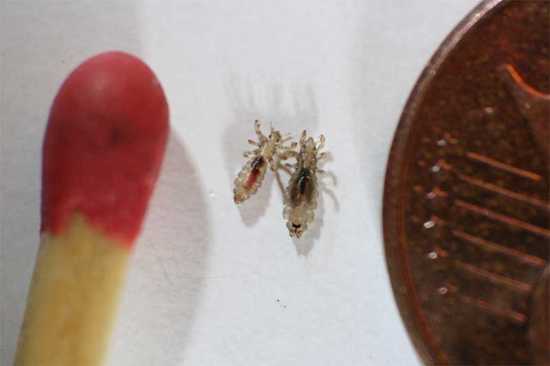 The common head louse is only able to survive on humans. Many parasites are species specific – we often forget that when one creature goes extinct, so too do dozens of parasites which are species specific to it. Nevertheless, of all the many human-specific parasites, head lice are of interest as they are one of the few from which we benefit. A childhood infestation by head lice, although irritating, is a harmless affair. However, especially in places with poor sanitation, head lice boost natural immunity to the more dangerous body louse which transmits a number of harmful and potentially deadly diseases. Modern civilization has all but destroyed the need for the benefits of head lice, but those who live in poverty still benefit from this natural immunization. As a species, therefore, head lice still help us, and they in turn cannot survive without humans to live on. Although we may not have intended it, simply by continuing to exist we have allowed this species to survive, and even today people benefit from it. 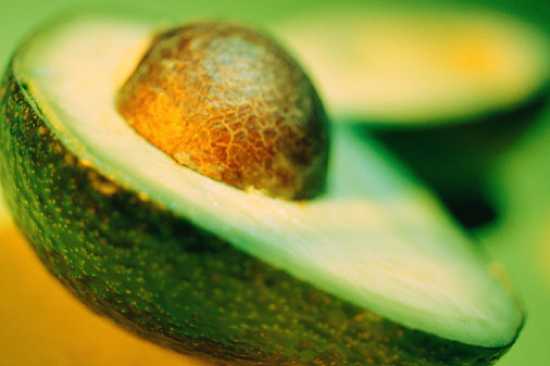 Many plants rely on animals for seed disposal. The plant covers its seeds with a tasty coating, coaxing hungry animals to eat it and defecate the seeds later on, complete with their own patch of fertilizer. This not only ensures the seeds have good nourishment, but also helps distribute the plant over a wide area. The humble avocado evolved thusly. However, as an avocado seed is comparable in size to a chicken’s egg, one must ask: what kind of animal could possibly pass an avocado seed through its digestive tract? Humans are relatively big animals, and yet the exit for food in our stomachs is only 2mm across. It follows that the animals which were large enough to pass an avocado seed were tremendously larger. These megafauna became extinct about 12,000 years ago. The avocado might have also gone extinct with them were it not for the hungry and industrious peoples of Central America, who carefully propagated the plant themselves by hand. Although unnatural, avocados have survived this way for thousands of years. Most are entirely dependent on H. sapiens for their continued survival. Were humans to stop growing them, avocados would lose their only means of propagation, and perish soon after. 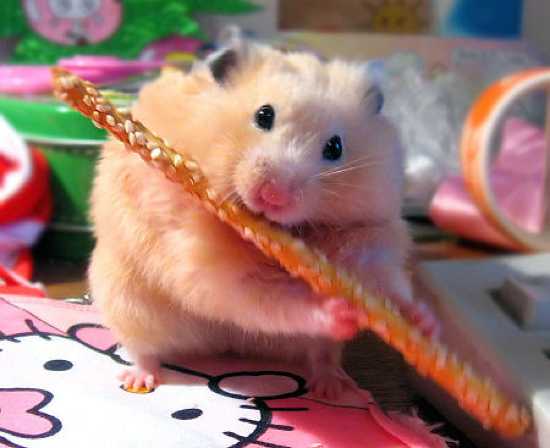 Early last century, a zoologist captured several strange and rare rodents in Syria. These had been described a century earlier and were named Syrian hamsters, or golden hamsters. Among them was only one female. Sightings of hamsters decreased after these were captured and they were believed to be extinct in the wild. After studying them and breeding them for several generations to increase their population, a number escaped while the others became the ancestors of today’s pets. Every golden hamster today can be genetically traced to the single female that was caught long ago, and all findings so far indicate that the many wild golden hamsters in Israel are also descended from the original escapees. Were it not for the actions of one biologist, both domestic and wild hamsters would not exist at all. 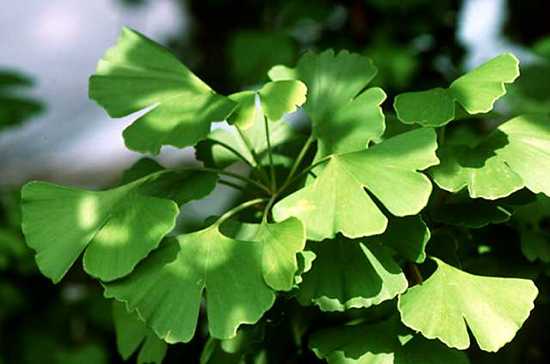 Long ago, legend says, a Chinese Emperor planted a particular type of tree he was fond of in the Imperial Garden. The royal gardeners helped the tree flourish and it was enjoyed for many lifetimes, as its species typically lives for over half a millennium. Its seeds were used to carefully grow its many progeny. Centuries later, this tree, the ginkgo, had long been considered extinct in the rest of the world, and was studied through fossil records only. As China began to open to the West, it became apparent that the tree known only from imprints in rocks several millions of years old was in fact flourishing thanks to the fondness of an ancient emperor. Today, Ginkgo biloba trees are found around the world, but can be traced genetically to a single tree, or possibly a small group of trees, from nearly 3,000 years ago in China. 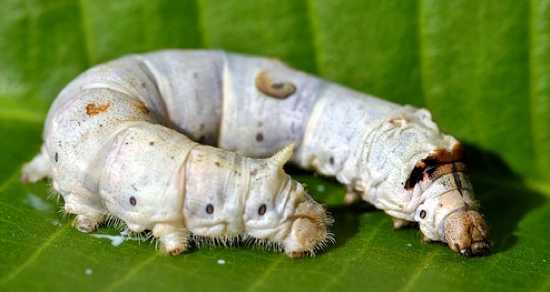 Bombyx mori, the silkworm, is entirely dependent on humans for the propagation of its species. Despite their name, they are not a worm at all, but actually a larva or caterpillar. Their cocoons are made of silk, which is of great use to humans. They have been bred and used for silk for over five thousand years, during which time their wild counterparts have gradually and naturally ceased to exist. Those which are bred for silk are helpless and even after undergoing metamorphosis, cannot fly or eat. Their wings have become vestigial and their mouthparts are too small for them to use unless carefully fed by a specialist. Worse, as a result of domestication, they have no fear of predators, and so cannot survive in the wild. They must be physically brought together by handlers to mate. Despite this, silkworms enjoy a pampered life due largely to the fact that healthy and well-fed silkworms produce the best silk. 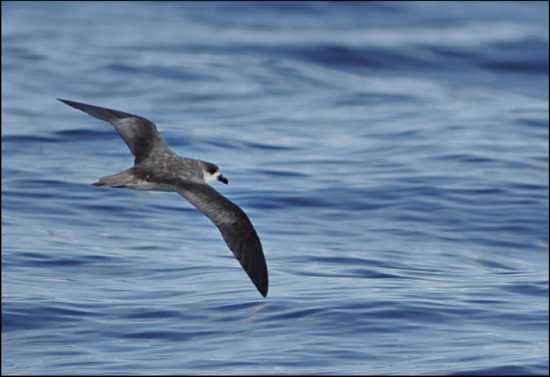 This rare bird lives on the island of Bermuda. When the island was visited by Europeans, the many rats, dogs, and other animals brought along all but wiped out the bird. For over three hundred years, the Bermuda petrel was thought to be extinct. In 1951, 18 birds were unexpectedly discovered nesting on the coast, and were immediately put under legal protection. Even in an ideal situation, any species reduced to a mere 18 members has a bleak and unlikely future. The nests were isolated from the rest of the island with walls to prevent other wildlife interfering with the precarious situation, and the careful creation of more nest sites by conservation workers has helped this species steadily increase in number over the years. Volunteers rushed to save the birds at considerable risk to themselves during a hurricane in 2003, and many destroyed nest sites were rebuilt for the birds, who would have perished if left to fend for themselves during the disaster. There are now about 250 Bermuda petrels. With the continued care and work by humans, the Bermuda petrel may again one day number in the thousands. 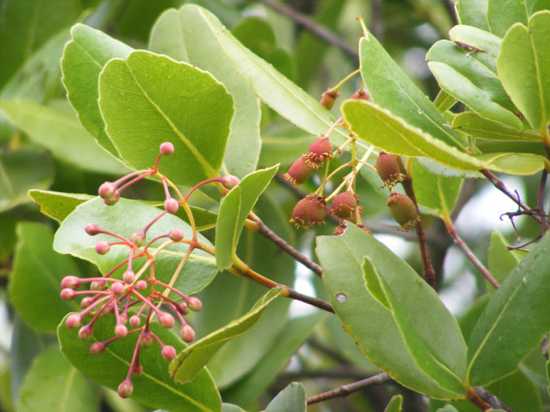 This tree is named after the center of its flowers, which resemble jellyfish tentacles. It was thought to be extinct until late last century; since then, it exists only in a few small, tentative populations which are carefully guarded in national parks in Seychelles. It is an ancient plant which is poorly adapted to today’s climate. The population has dwindled naturally for thousands of years due to natural changes in the Earth’s climate, although it has persisted to the point that three trees were found to still be struggling to survive in 1970. These are now protected by law and botanists toil to understand how to help it. Its seeds cannot germinate in the wild, and only under very humid conditions have humans been able to purposefully sprout them. Today the population has risen to fifty, but this tree is sadly poorly adapted both to the modern climate and without constant human intervention it cannot cope with competition from its better-adapted peers. 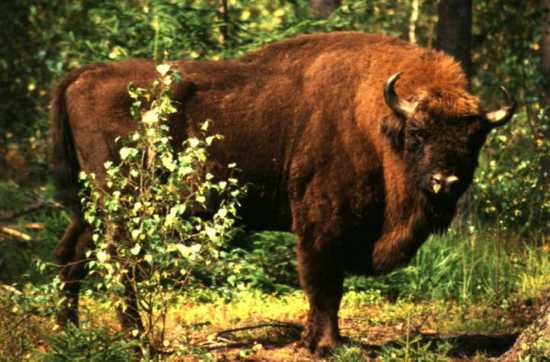 Like the Bermuda petrel, this is another animal which humans drove to near-extinction. The European bison is the largest land animal in Europe, but was completely annihilated in the wild due to hunting. Although it had been traditionally hunted for its pelt and horns since Palaeolithic times, a modern increase in hunting resulted in a dwindling numbers. Soldiers in the First World War hunted them by the hundreds for their meat, despite being fully aware of their endangered status, and the last wild European bison were shot in 1927. Fortunately, several remained in zoos and menageries. These immediately caught the attention of the German biologist Heinz Heck. Heck proposed that since modern animals contain the genes of their extinct ancestors, they could be purposefully bred to produce their long-gone forebears. As ancient animals, Heck did not want to see European bison die out. He helped breed them from only twelve individuals to over 4,000 today, which have been reintroduced into the wild. Unfortunately, due to their small genetic pool, the species is highly susceptible to a number of diseases and the fertility of the males is gradually decreasing, so they still require human help to stave off extinction. 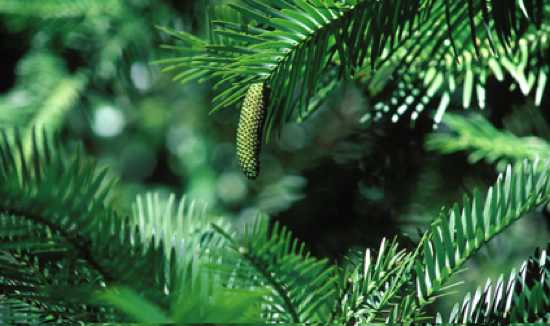 Although not a true pine tree, this plant was known only through fossil records from millions of years ago. Unexpectedly, in 1994 a park officer happened to notice one while walking in the Wollemi National Park in Australia. It was quickly realized that this tree was a living fossil, and that although not extinct, it very nearly was. Fewer than one hundred individual trees were left, and many of these were sick, dying, or unable to reproduce. Mathematical models have confirmed that without human intervention, this species would have been truly extinct in less than a millennium. A recovery program now legally protects the tree, and many thousands have been successfully cultivated. They have more recently been promoted throughout New South Wales, Australia, as a more local alternative to Christmas trees; the Wollemi pines are kept potted throughout the festival and are planted at its conclusion. 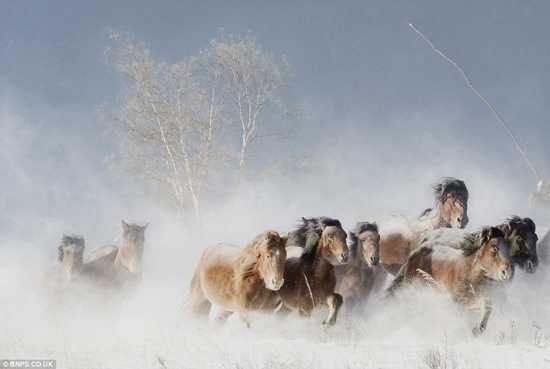 Most wild horses today are feral descendants of domesticated ancestors. However, the Mongolian wild horse has never been domesticated and is the only remaining truly wild horse on Earth. Ancient cave paintings show that humans hunted these creatures as far back as 20,000 years ago. However, since then the climate has naturally warmed as we move into an interglacial period. This has caused their habitat to shrink and the horses have had a decreasing population for millennia. After the Second World War, all wild Mongolian wild horses died indirectly due to wartime habitat destruction or directly through being hunted for food by desperate German soldiers. The existing zoo populations also diminished, and by 1945 only 31 horses remained. Of these, 9 were able to be bred and we have carefully brought their population up to 1800 today. Of these, 300 have been reintroduced to nature reserves in Mongolia and China at the places where they were last seen in the wild. They are now fastidiously protected and the species is expected to recover. 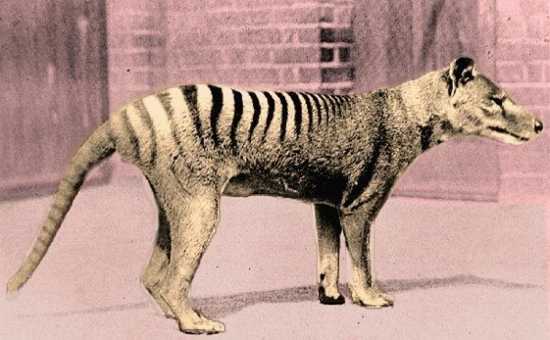 Although there are many species which humans have created over the years (notably most hundreds of domestic creatures), there are few which have actually died out that we can bring back. The Tasmanian tiger, or thylacine, is an example of one such animal. It was the largest living carnivorous marsupial and had gone extinct several thousand years ago everywhere in Australia except on the island state of Tasmania. Its numbers were there still falling, due to disease and the gradual extinction of its usual prey species, when European settlers arrived. Their hunting and domestic dogs accelerated the decline of the thylacine. The last one died in a zoo in 1930. However, preserved specimens contain enough DNA that scientists are confident the animal may one day be revived. With the advancement of human technology, in the future we may be able to bring back this unique animal. Nothing could be more human than to advance our own species so that we may help another.