I had just watched part of a movie on my iPod when I read the list “Top 10 Movies Featuring Prostitution.” After reading the list, I returned to my movie and started to wonder, “How come this movie isn’t on the list?” Due to the subjectivity of art and the criteria by which they were selected, I am referring to this as a random list. My criteria are as follows: the movie has to be one that I have seen and enjoyed; the prostitute has to be a main character or has to be instrumental in advancing the plot. 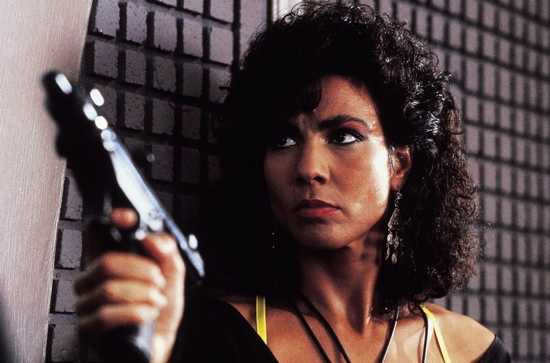 Melina is one of the girls that works at a place called The Last Resort in the Venusville section of the Mars colony in Total Recall. When Quaid first sees her on Mars, he recognizes her as the girl from his dreams. This tough, no-nonsense woman had a relationship with Hauser, and is quite surprised to see him back at The Last Resort. As this “initial” meeting takes place approximately half-way through the film, Quaid tries to explain to Melina that he may have been Hauser in the past, but that he is now Quaid due to a series of memory erasures and memory implants. Although she distrusts him at first, she ends up saving him from Cohaagen’s men. She is the main driving force behind Quaid’s actions, and is the primary reason for the decision he makes in the end. 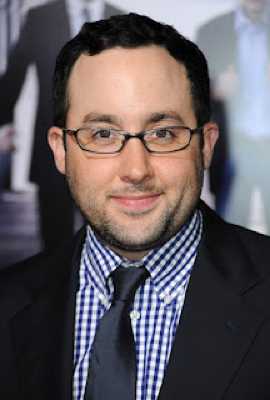 About 20 minutes into the movie Horrible Bosses, Nick, Dale and Kurt are at the bar comparing work woes and planning to quit their jobs. Then, Kenny Sommerfeld walks in. During his brief appearance in the bar scene (it lasts about 1 minute and 8 seconds) we discover he had been a high school classmate of theirs, had been hired right out of Yale, had a prestigious job in New York City until the company he worked for had been closed down, has been out of work for 2 years, and is now offering hand jobs to anyone who’ll give him $40. As Kenny rushes out of the bar telling the others that he’s staying at his mom’s house, Dale sums up the new sentiment, “Maybe don’t quit your job.” Kenny’s brief appearance prompts the others to decide their only recourse is to kill their bosses. 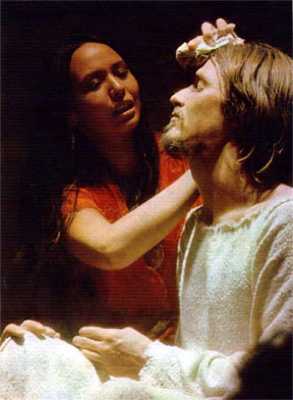 Regardless of what historians say, and regardless of what theologians say, in the movie Jesus Christ Superstar, Mary Magdalene is a prostitute. Mary inadvertently widens the gap between Jesus and Judas who feels that her very presence in Jesus’ life is inconsistent with Jesus’ teachings and could act as a focal point for His detractors. Meanwhile, Mary is falling in love with Jesus and doesn’t know how to handle the emotions. Mary’s song “I Don’t Know How to Love Him,” one of the most famous songs from the musical, explores the confusing feelings she has towards Jesus. In fact, one of the best lines from the musical is found in this song: “Don’t you think it’s rather funny I should be in this position?” As a sex professional, she’s probably tried the following positions: man on top, woman on top, front to front, front to back, that thing in the doorway with the one leg raised; now that she’s with someone she really cares about, the position they’re in is he’s inside the tent asleep, and she’s outside contemplating the relationship. 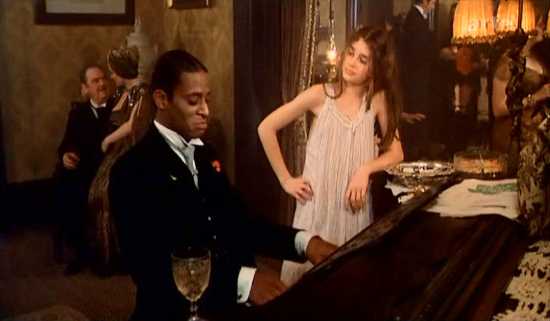 When I think of the movie Pretty Baby, the scene I remember most is the one in which Violet’s virginity is being auctioned off to the highest bidder. Violet is the daughter of one of the prostitutes in the brothel, and now that she has turned 12, is old enough to join the rest of the working girls. Since a virgin prostitute is somewhat rare, an auction is held to see who gets the honor of performing the deflowering. The film focuses on Violet, her mother, the other women in the brothel, and the photographer who comes and (for a price) immortalizes the women with his photographs. This critically acclaimed movie was the focus of much controversy due to the depictions of child prostitution and underage sexuality (despite the fact that prostitution was legal in the time and place depicted in the film, and 12 was a legal age for prostitutes). 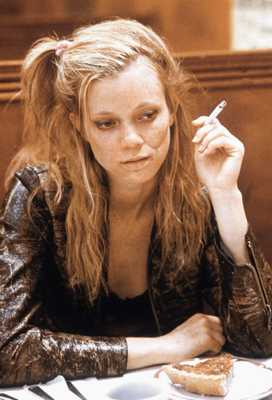 The Butterfly Effect is about a young man named Evan who had suffered blackouts as a child, prompting him to keep a journal of his life’s events. At age 20 in college, while reading some of his childhood journals, he discovers he has the ability to travel back in time with his adult mind inhabiting his childhood body during those past blackouts. Each time he travels back, he is able to alter the events and change the future. However, when one part of the future gets fixed, another part of the future seems to go awry. His attempts at fixing the future are primarily centered on Kayleigh Miller, his childhood sweetheart. In the various alternate timelines that occur in the movie, Kayleigh is a suicidal waitress, a sorority girl, a badly-scarred prostitute, a college dorm student, and non-existent. It is to the prostitute Kayleigh that Evan confides his secret about his time-traveling ability, and despite the fact that she believes he’s gone insane, he promises to fix things for her. 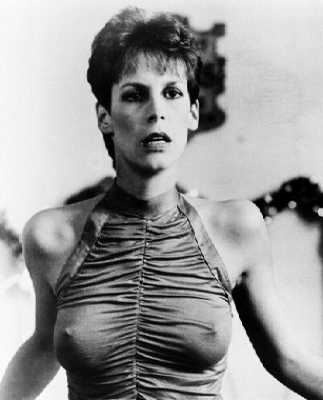 In the movie Trading Places, when the rich, high-society commodities broker Louis Winthorpe III finds himself unemployed (and unemployable), penniless and homeless, he is befriended and taken in by a prostitute named Ophelia. She allows him to stay with her until he can get back to his old life on the condition that when he is solvent again, he pays her a 5-figure reward. After helping him get off the streets, and get clean and sober, Ophelia helps to nurse him back to health following his suicide attempt. Finally, Ophelia helps him exact revenge upon the people who destroyed his life. 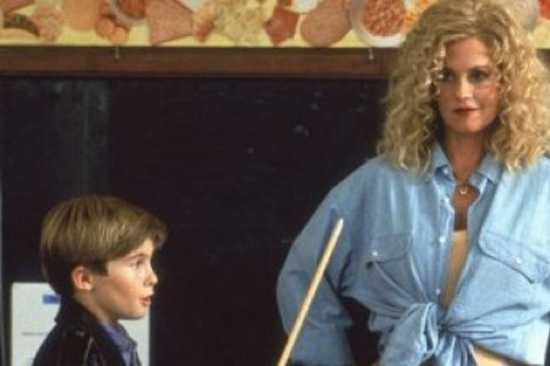 In the movie Milk Money, 3 boys take about $100 worth of loose change into the city in the hopes of being able to see a naked woman. After giving the $100 to a prostitute named Vee, the boys are allowed to see Vee’s naked breasts. After leaving Vee’s place, the boy discover that their bikes have been stolen. When Vee suddenly finds herself needing to get out of the area, she sees the stranded boys and offers them a ride home. After getting the boys to the suburbs, Vee’s car breaks down, and she finds herself being put up in one of the boy’s tree house. The rest of the film is a comedy of errors and mistaken identities which turns into a romance between Vee and the father of one of the boys. Although the film was panned by most critics, I enjoyed the performances of the well-selected cast. 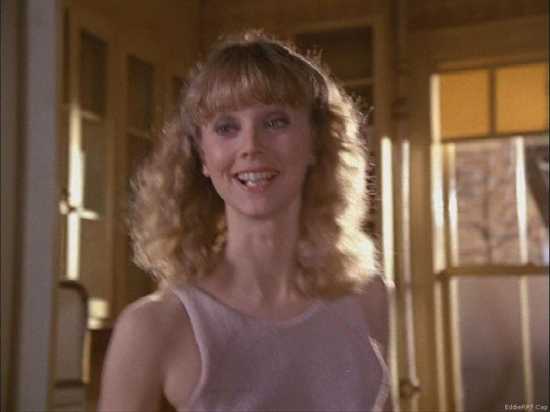 The movie Night Shift is about two morgue attendants, Bill and Chuck, who are inspired to use the morgue at night as the center for a prostitution ring. The inspiration comes from Bill’s neighbor Belinda who has recently lost her pimp. In addition to arranging dates for the girls, reluctant Chuck starts to see the benefit of being able to set up retirement benefits for the girls along with health and dental insurance. Unfortunately, the two men find themselves embroiled in a prostitution turf war, and they soon realize they have to get out of the business. 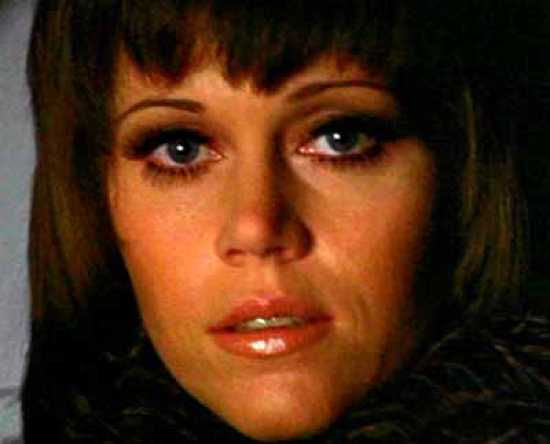 John Klute is the title character in the movie Klute. Klute is a police officer who has been asked to look into the disappearance of a local executive. Klute’s investigation takes him to the New York City building in which Bree Daniels lives. During his investigation, Klute discovers that the man he is looking for is dead. Everything about the case is related to prostitutes and murder. One of the more interesting scenes is the one in which Bree, in the “throes of passion” with a client, casually checks the time on her watch. 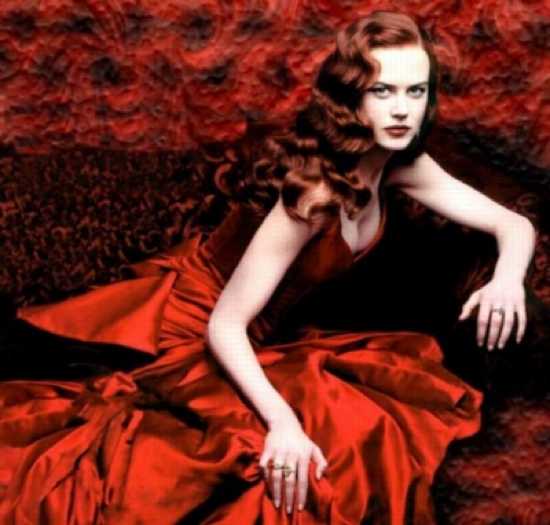 Satine is one of the main characters in Moulin Rouge! As such she is the driving force behind almost all the activity in the story. She is loved by Christian, desired by the Duke, and owned by Zidler. In addition to being a courtesan, she is also a stage performer. The story starts with Christian trying to present a work he has written to Satine, the star of the show, only to have Satine mistake Christian for the Duke, the financier whose money will keep the Moulin Rouge open. By the time Satine realises the mistake, Christian is in love with her, she is falling for Christian, and they are trying to convince the Duke that they aren’t doing anything except writing the Moulin Rouge’s next great musical.