For fans of video games, a list like this will always be controversial. As with films, books, TV programs, etc., the hype of an eagerly awaited video game can dramatically outweigh its quality. This list shows top ten video games new and old which have been ridiculously overrated and for some reason praised as among the greats. Also I should mention that since I now live away from home at University, and have been for over a year, I have been ‘out of the loop.’ These games might not be latest releases, but I tried to pick ones which were successful enough to be remembered. 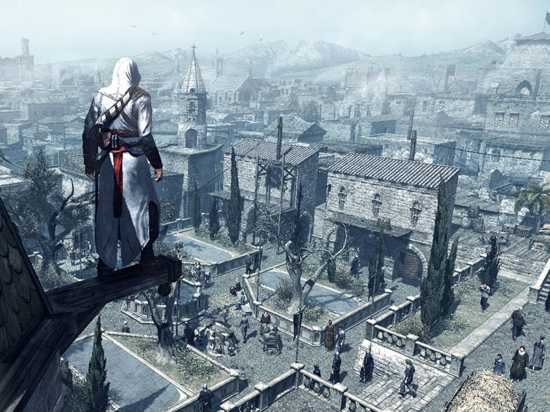 Assassin’s Creed was a game which showed great promise in the run up to its release. With stunning graphics and an apparent free world to explore the title looked certain to be a classic. Ultimately though the game was excruciatingly repetitive with just a handful of different things to do – like pickpocket someone or eavesdropping on a conversation, which were tiresomely repeated over and over again. This game was simply boring; I don’t know anyone who could play this game after the initial excitement which filled about half an hour. 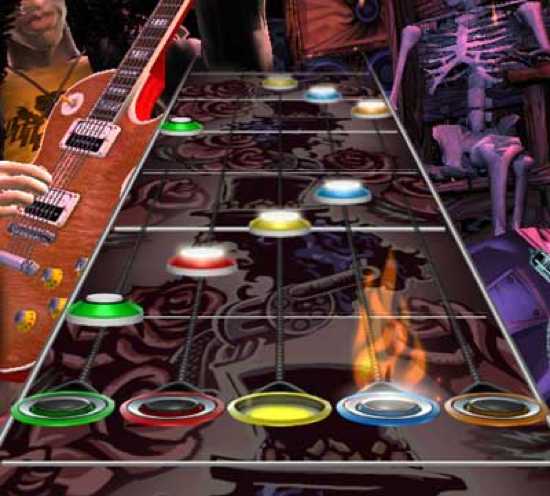 The success of this game is a total mystery to me. It’s fun initially but why would someone buy more than one of these games? Is it because of the dreadful background graphics? Or maybe the terrible selection of music; especially from the third title ironically called ‘legends of rock.’ What sets this game out from many of the others on the list is that this game wasn’t even good. Even more repetitive then Assassin’s Creed, the only time I can remember enjoying playing this was while drunk at a party, probably had something to do with the beer. 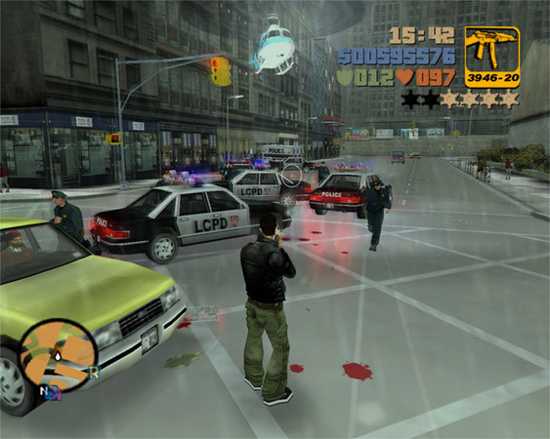 Well, all GTA games after Grand Theft Auto III. The game play seems relatively unchanged since GTA III, and yes, newer titles have featured things like the ability to fly an airplane and the ability to get fat of a diet of burgers, but it’s mostly just stealing cars and shooting people. The missions are agonizingly boring and game time always descends into seeing how many stars you can get before being arrested or killed, a game which becomes very boring very quickly as you aimlessly drive around running people over for money. 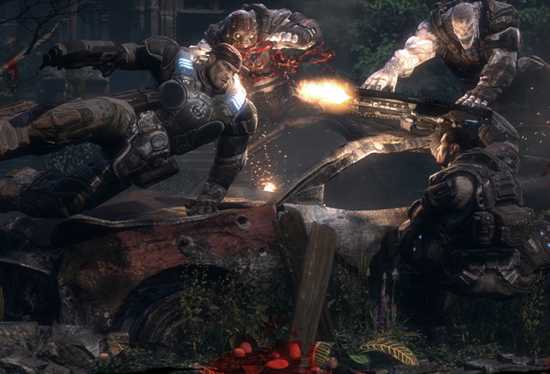 GoW was arguably Xbox 360’s biggest selling point following its release. Yes, the game boasted the best graphics the 360 was capable of and the online play was apparently very good. But the campaign mode was boring! The levels are way too straight forward – all you have to do is follow a set path while killing enemies on the way. Because of this, the game play is very repetitive and you find yourself getting very bored easily. This game definitely isn’t as good as the 360 fanboys would have you believe. 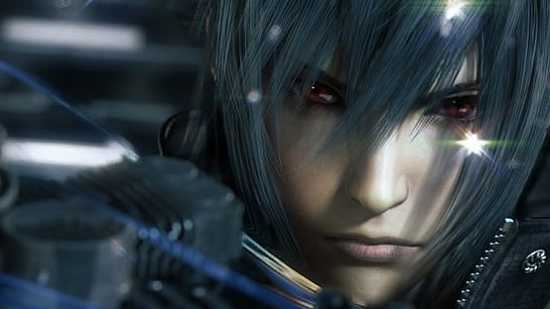 This entry will probably cause the most arguments (see hilarious comments below), however as I stated before I don’t think this game is bad – it is in my opinion overrated, and the opinion of Gamespy who named it the seventh most overrated game of all time! I find the stories in these games have been without any ingenuity since Final Fantasy IX way back in the year 2000!

5
Any Sonic the Hedgehog Game 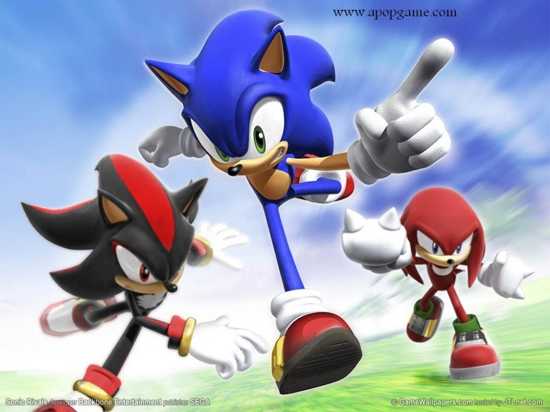 Back in the good old days of 1991, I remember so fondly, well I wasn’t born yet but apparently Sonic the Hedgehog made his debut appearance. Sonic was exactly what SEGA needed in response to the mega successful Mario. The first Sonic game was okay, but SEGA made a habit of ‘whoring’ Sonic out and producing title after title of pointless games. These games were ultimately too fast paced with lazy repetitive level designs which really were not entertaining. 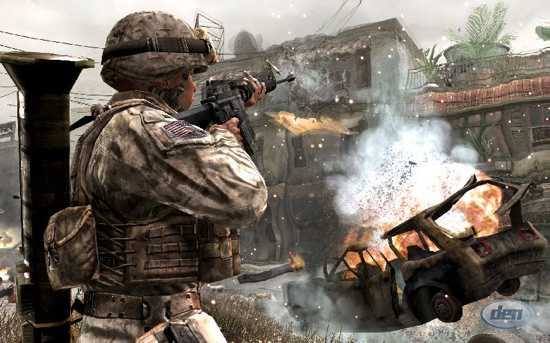 Actually, any Call of Duty game! Now obviously the entire gaming world will disagree with me on this point but I don’t care! This game takes no skill whatsoever to exceed in. The campaign mode on this game was good, no arguments. But the online play was certainly overrated. After being bullied into buying it by my friends, I found it utterly unchallenging. Out of the people I know who played this the higher ranking players were simply the ones who had the game longer. An anecdote which illustrates this point brilliantly was made by my mate, who mentioned this elsewhere on some COD4 forum: he briefly left his seat to go answer the phone and when he came back he had two extra kills, he was using a skill called martyrdom. The fact that you can succeed at this game without actually playing it suggests that there is no skill involved at all! 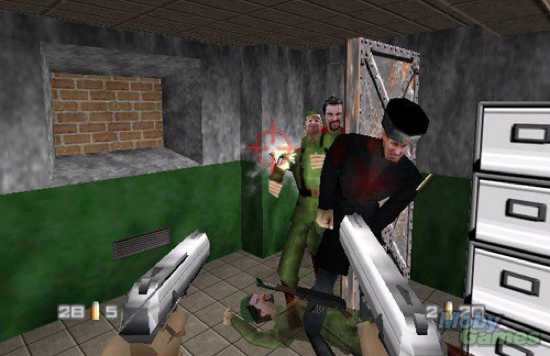 The reason I added this to the list was because of the reaction my mates gave to the news of a remake. ‘OMFG a remake this is the best game ever.’ Correction WAS the best game ever (sort of). The reason I believe this game is overrated is because shooter games like this age terribly. There are much more recent shooter titles which also have aged terribly and certainly wouldn’t warrant a remake. It was a big mistake re-releasing this game. When reading this list before publishing two of my mates genuinely had no idea it was re-released. 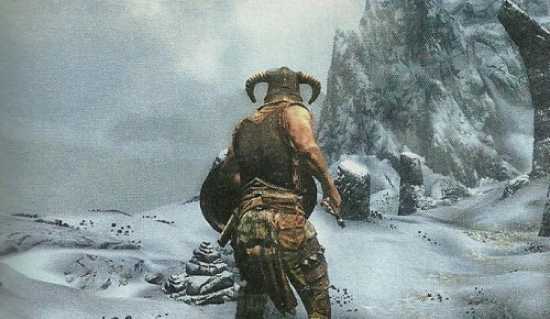 This will surprise a lot of people. The reason I put this at number two, or on a list of overrated games at all, is because it simply doesn’t live up to the ridiculous hype it received. Don’t get me wrong it is a good game, much like Fallout (a game which missed this list by a fraction) but there is something very un-Elder Scrolls about Skyrim. It doesn’t play like its brilliant predecessors Oblivion and Morrowind. Skyrim has none of the quirky genius of the previous games and lacks the rich vibrant environment of Oblivion and Shivering Isles; the whole of Skyrim looks drab and generally moody. Skyrim reminded me of Fallout and not in a good way. The graphics were also very unimpressive, I know it’s a huge game and decent graphics would have added to the time taken to produce the game but, for PS3, it was on a bloody blu-ray disc! The Playstation 3 version had the potential for stunning graphics. Ultimately though, like much of the other games on this list, Skyrim very quickly becomes repetitive. 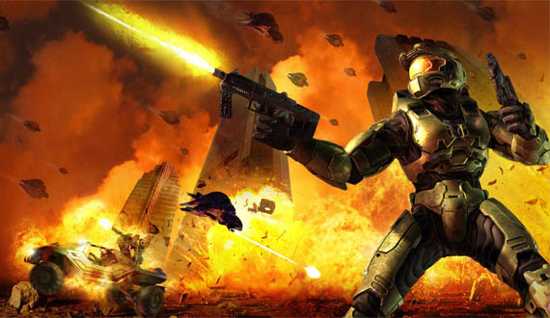 Maybe it’s because I grew up with a Playstation, then a Playstation 2, then a Playstation 3, but I have never understood why these games gained labels such as ‘best game ever made.’ From the few hours of snippets I got from various visits to friends with Halo, I found it extremely pointless. The story is totally unoriginal – a one man army hunts down and attempts to destroy a huge weapon called the ‘death star’ … I mean, err, ‘halo’ which is capable of destroying whole planets! We haven’t followed that storyline a hundred times before! Halo had one of the worst level designs I have ever seen; every room looked exactly the same, not to mention the most irritating bad guys in video game history. It sickens me that people would consider this game the best FPS ever with games like Half Life knocking around.