It’s not easy studying animals when they’re long dead. Nevertheless, paleontologists have managed to deduce quite a bit over the years. Then new research challenges established thought or uncovers species so weird that scientists don’t know what to make of them.

10 Homo Erectus May Have Built Boats 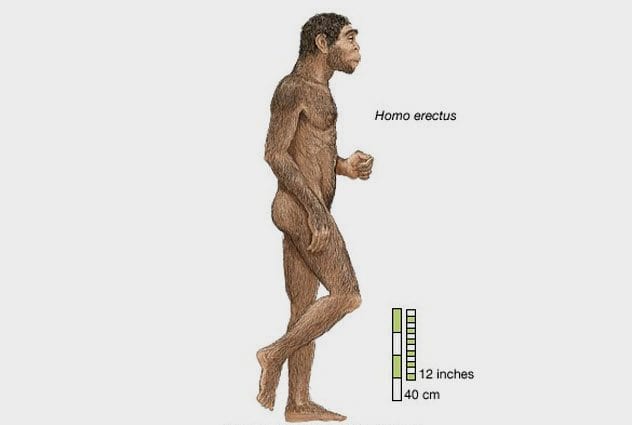 When you think of man’s ancestor Homo erectus, you probably aren’t imagining seafaring cavemen. Yes, they migrated out of Africa, into Asia, and all the way to Flores, but they did so on foot, right?

In 1998, researchers dated stone tools found on Flores to 800,000 years ago, implying that they were made by H. erectus. The ancient hominids would have had to cross deep, turbulent waters to reach the island, a task for which they would have needed some type of primitive boats or rafts. H. erectus generally isn’t thought to have possessed the mental capabilities needed for building and using boats.

While it’s disputed whether the Flores tools truly imply boat-building, the notion is arguably supported by more recent finds in Crete. In 2011, scientists dated stone tools there to 130,000 years ago. The tools are believed to have been made by Homo erectus. Crete, of course, would have only been reachable by sea.

9 Opabinia Regalis Made A Roomful Of Paleontologists Laugh 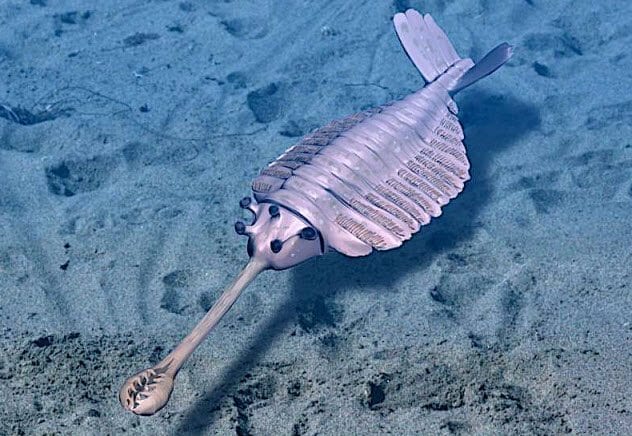 Opabinia regalis was first described in 1912. The tiny, swimming arthropod had odd morphology, to say the least. A 1930 reconstruction had O. regalis swimming upside down. A better reconstruction was hammered out in 1972. When it was unveiled at a meeting of paleontologists, everyone in the room burst out laughing, thinking it was a joke.

Why not? The 505-million-year-old anomalocaridid had five eyes on small stalks and a flexible, trunk-like proboscis that ended in a claw. O. regalis used this claw to feed prey into its rear-facing mouth.

Somewhat less strange (for its era) was its body, which had 15 segments. Each segment exhibited a lobe-like structure on each side, presumably for swimming. Some paleontologists argue that still-unidentified triangular features on O. regalis’s body were tiny limbs for walking along the bottom of the sea, though others disagree. 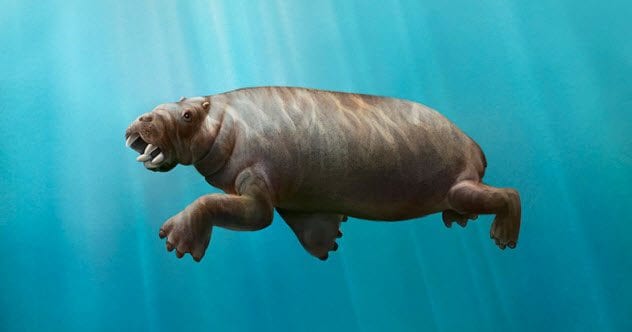 In 2015, fossils uncovered on Unalaska Island turned out to be a previously unknown species of mammal that lived 23 million years ago. Ounalashkastylus tomidai was a roughly hippopotamus-sized herbivore that lived on the coasts of the island. An infant was among the fossils, indicating the presence of a breeding population on Unalaska.

O. tomidai’s most unique feature was the manner in which it fed. It would bring its jaws together and suck vegetation up into its mouth with its powerful muscles. It fed on sea grass, marine algae, and other plants. No other mammal has ever been known to eat in this manner.

O. tomidai belongs to Desmostylia, the only order of marine mammals with no surviving species. It would have moved like a large sloth on land and swum like a polar bear in the water.

7 Tyrannosaurus Rex‘s Vision Was Among The Best Ever 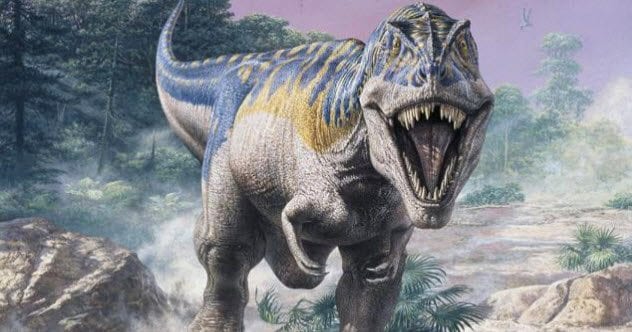 You’ve probably heard that Jurassic Park’s depiction of Tyrannosaurus rex as only being able to see moving objects is a pile of Triceratops dung greater than the one seen in the film. You might not have heard that T. rex’s vision was actually among the best of any animal ever.

T. rex had a binocular range of 55 degrees, which is greater than a modern hawk’s. Greater binocular range means both better depth perception and better ability to see objects—even still ones. The dinosaur had as much as 13 times the visual acuity of a human. (Eagle vision is only 3.6 times better than a human’s.) T. rex may have been able to distinguish objects as far as 6 kilometers (3.7 mi) away, versus 1.6 kilometers (1 mi) for a human.

It has been argued that this level of visual prowess supports the idea that T. rex was a hunter instead of a pure scavenger. Note that as T. rex evolved, its eyes got larger, its snout got lower, and its cheeks became less obtrusive. In other words, its vision got better. 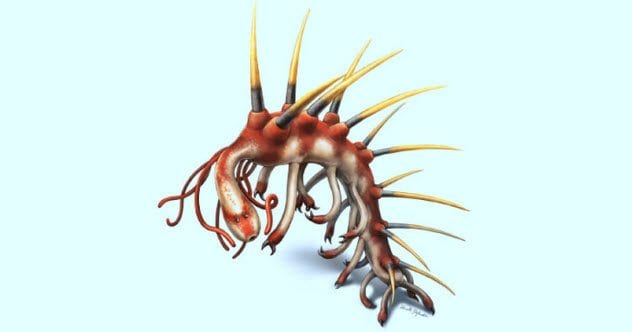 Hallucigenia is a genus of tiny, wormlike creatures—less than 1 centimeter (0.4 in) long—that lived 505 million years ago. As their name seems to imply, they were odd-looking, featuring spines along their backs and little legs along their undersides. When Hallucigenia was first described, paleontologists thought the spines were legs and the legs were tentacles. They also thought its front end was its rear.

In 2015, Hallucigenia‘s head was definitively determined and examined under an electron microscope. In addition to having a pair of eyes, the worm surprised scientists by featuring a mouth ringed with teeth as well as more needlelike teeth lining its throat. The mouth teeth are believed to have generated suction by flexing in and out, pulling food in. The throat teeth kept the food from getting back out.

5 The Dinosaur With Smaller Arms Than T. Rex 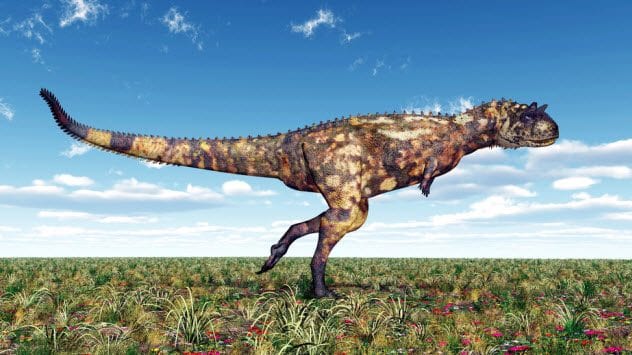 If someone says “dinosaur with tiny, useless arms,” the first thing you’ll envision is probably T. rex, although its arms were quite strong and heavily muscled and may have been useful for hooking onto struggling prey. Carnotaurus, however, was the genuine article. The genus of large theropods lived in South America during the Late Cretaceous period and had truly puny arms.

It’s easy to miss Carnotaurus’s arms, given the awesome pair of horns on its head. The arms are so small that some paleontologists have described them as vestigial. Although the forearms were strongly built, they were only one-quarter the length of the already small humeri. The four-fingered hands were also oddly tiny.

Paleontologists have no idea why the arms were like this. They can track the progressive shrinking of the front limbs among Carnotaurus’s ancestors, but they have no idea why evolution would favor this trend.

4 The Snake With Four Legs 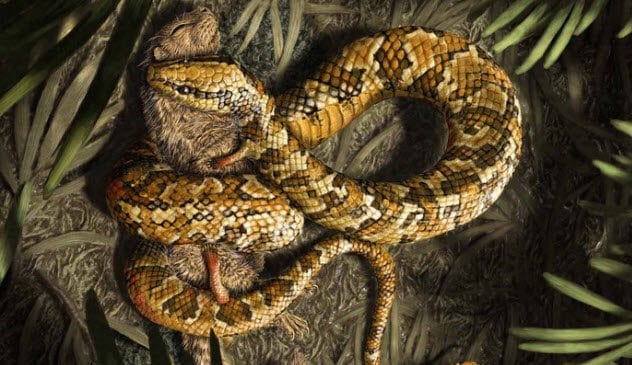 Sitting in Germany’s Solnhofen Museum was a fossilized snake from the Crato Formation in northeastern Brazil that was simply labeled, “Unknown fossil.” One day, David Martill, an expert on the Crato Formation, visited the museum, saw the snake, and realized that the fossil had to be about 20 million years older than any known fossilized snakes. He described it as “the ancestor of all snakes.”

The fossil held another surprise: It had four limbs. Snakes with two limbs had previously been described, but no four-limbed ones had. Dubbed Tetrapodophis amplectus, the snake lived 120 million years ago and likely used its limbs to grip things rather than to walk.

T. amplectus is generally believed to have been a transitional species between earlier lizards and modern snakes. Interestingly, the bones at the end of the digits on its feet are quite long, a feature typically only seen in tree-climbing animals. 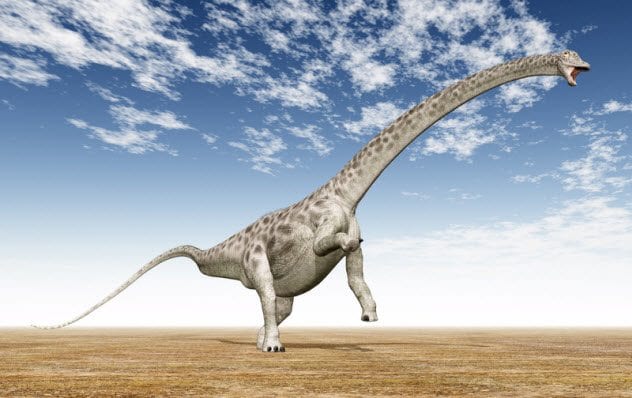 The belief that sauropods like Diplodocus could defend themselves with their whiplike tails is fairly well-known. In terms of proportion, the tails were very similar to bullwhips. In fact, their tips may have broken the sound barrier.

Computer simulations of Diplodocus and Apatosaurus tails showed that a side-to-side flick of nine degrees was enough to get the tip of the tail to a speed of 1,200 kilometers per hour (750 mph). The resultant noise would have sounded more like a cannon than the crack of a whip. The actual tails were believed to have a horizontal range of motion of 30 degrees.

Paleontologists have speculated that such tail-cracking could have also been used for communication or in competition for mates. Some tail fossils have shown evidence of strain, possibly from too much tail-cracking.

2 The Bird With Clubs On Its Wings 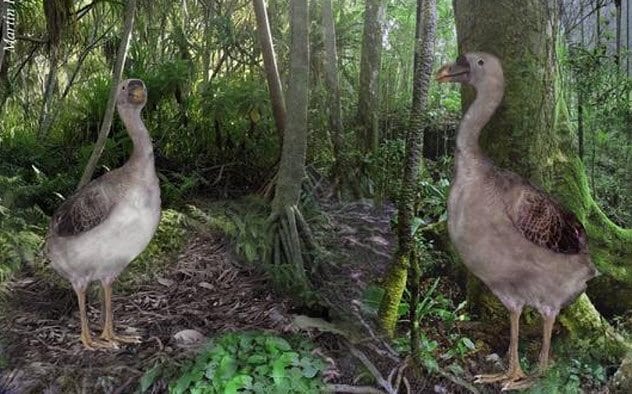 The Rodrigues solitaire (aka Pezophaps solitaria) was a roughly goose-sized, flightless bird that was related to the dodo. It was native to the island of Rodrigues in the Indian Ocean. Its wing bones had a distinctive feature—a round, bony knob referred to as a “musket ball.”

These musket balls were used as weapons. In a live solitaire, the knobs would have been covered in hard skin, augmenting their ability to hit. The birds had strong wing muscles to aid in swinging these musket balls, which could (and did) fracture rivals’ bones in fights. Mature males had the largest musket balls.

Historical accounts describe the birds as aggressive. No other bird has been documented to have wing clubs like this species. The Rodrigues solitaire went extinct once Europeans settled the island, long before any cockfighting enthusiasts could get ahold of them.

1 The Gopher With Horns 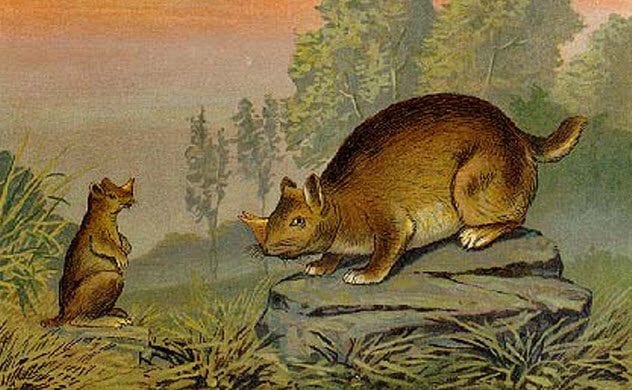 Ceratogaulus was a genus of prehistoric gopher that lived in North America from 5 million to 16 million years ago. It was about 30 centimeters (12 in) long, and it had horns. Ceratogaulus is the only known horned rodent.

There has been much speculation on the horns’ function. Ceratogaulus evolved from rodents who used their heads for digging, but its horns were not well-placed or angled for this. Use of the horns by males to compete for mates is unlikely as both sexes had the horns. Ceratogaulus probably had poor eyesight, so species recognition is also unlikely.

The most likely explanation is that the horns were for defense. They were sturdy and well-placed for protecting the eyes and neck. A predator sticking its snout into a Ceratogaulus burrow would be greeted by horns up its nostrils. If the prehistoric gopher was caught aboveground, it could go Triceratops on its attacker.