The Victorian Era brought with it a surge of creativity and experimentation. Some of history’s most bizarre tales originate from Victorian times, and so too do some of the world’s greatest inventions. When these bizarre ideas managed to find their way into inventions, the result was a large number of incredibly odd – yet sometimes valuable – creations. The following are just some of these bizarre inventions, some useful, and some… not so much. 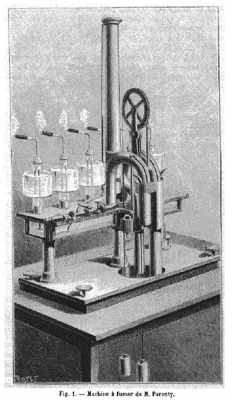 In the Victorian era, smoking was commonplace. Opiates were as freely available as present-day crisps, and pipes filled with various types of tobacco were to be found in most every home. All this open smoking resulted in fine establishments such as bars and pubs being clouded with varying types of smoke. But what if your own establishment lacked smokers? What if you desperately desired the unpleasant stench and poor visibility which came with popularity?

Well, it was for individuals suffering under the weight of these needs that the automatic smoking machine was invented. As is depicted in the image above, the machine was used to smoke cigars in place of a human. Thus, you could fill a room with odor without ever laying your lips upon a cigar or pipe. 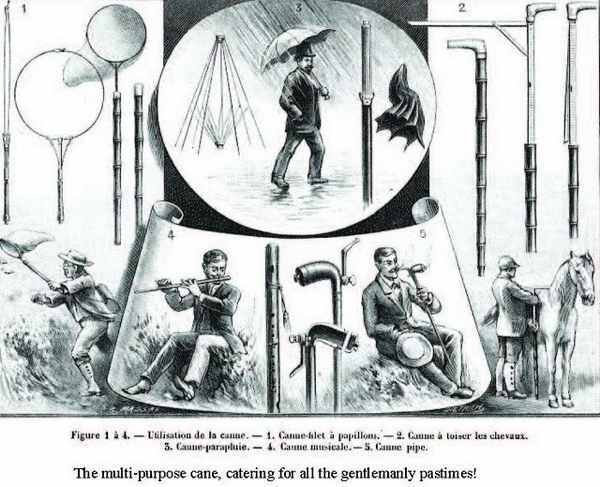 Admittedly, though bizarre, I can see the value in this particular invention. What this invention does is quite clear: it serves its standard function as a cane, as well as providing many other uses to its bearer. Some of the noble pursuits which the cane was tailored to were flute playing, horse measuring, and the capturing of butterflies. Should a gentleman ever be caught in the rain, fear not: for the cane contained an umbrella as well, keeping the man nice and dry to light his cane-pipe. I see nothing more bizarre about this invention than a standard Swiss army knife, and can you use a Swiss army knife as a cane? That depends upon how tall you are, but I have my doubts. 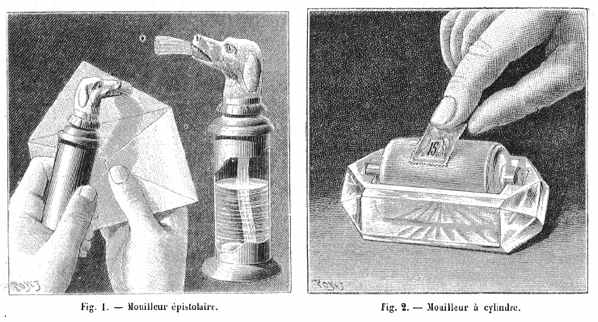 When you’re sending such a massive amount of correspondence that licking stamps becomes more exhausting than a marathon, this invention may come in handy. Coming in multiple forms, the device wet the glue on a stamp without the use of saliva, so one could make the stamp stick without having to make use of their tongue. In an era where written documents were still the most common form of communication, this device – despite its unusual form and purpose – certainly had a place in the average household. 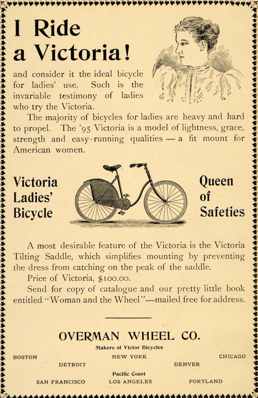 Forgive my ignorance regarding this invention: I’ve not been able to discover much information on its function, although my immediate assumption as to its purpose was interesting enough for me to feel it deserves a place on this list. Basing my conclusion upon an image of the device, I can only presume it served the purpose of protecting a woman’s clothing from the muck of grimy Victorian streets.

Despite initially thinking that it was intended to keep undergarments properly concealed, I then realized I need not let my mind wander – for it reveals me to be stupid and overly hopeful. This was clearly not the device’s function, as modest Victorian dress would not allow for such fashion-mishaps. Besides, what was worn underneath was hardly interesting. 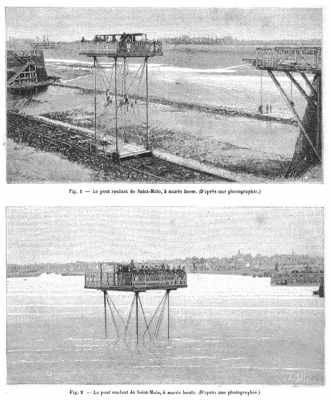 In typical Victorian fashion, this invention seems to have spawned from a mindset in which something simple must be re-worked, and made unnecessarily complicated and unusual. The invention’s purpose is clear: rather than build a bridge in the traditional fashion, rails would be installed on which would rest a large rolling platform which could move between points, because obviously this was easier and more adaptable than a standard bridge (and because bridges are just so inadequate they remain in use to this day). The rolling bridge saw limited use, due to the quick realization that it was in fact quite a stupid idea. 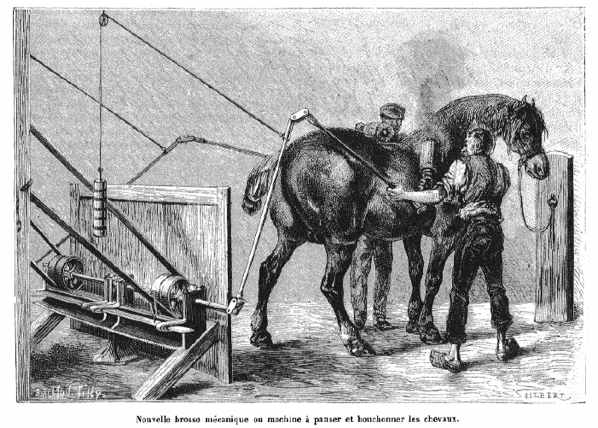 Like any other lazy and entitled individual, I always feel that inventions made to simplify life are absolutely wonderful. But when a device is even more complicated than the task it aims to simplify, I become mildly annoyed at its creation. This is the case with the mechanical horse brush. The various arms and gears and other bits and bobs allow the machine to brush a horse automatically.

There are times when I have trouble removing the can from my automated can opener – and this alone sends me into a near fury. I can only imagine having to brush a horse with this cumbersome piece of machinery. 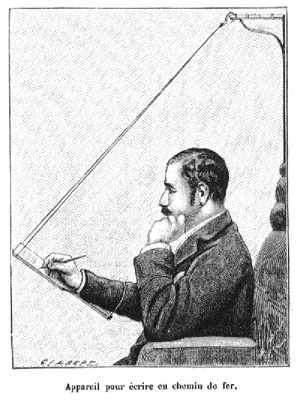 This is another invention which – despite seeming profoundly unusual – most certainly could have been of value at the time of its creation. In a time where travel was done primarily via train or horse-drawn carriage, a smooth ride was not something one could count on. Even minor outings could last some time, since available modes of transportation were not quite as swift as they are today. As a result, many people needed to get work done whilst commuting. This stabilizing device allowed for just that: it attached to a person’s seat and let them write without trouble in any moving vehicle.

The diplograph is an interesting invention, of the sort which I imagine might have been popular among fans of the automatic stamp licker. Invented for the lazy writer, the diplograph held papers in such a manner that an author could write two copies of the exact same document at one time. The bigraph, serving a similar purpose, actually mimicked the hand movements of the writer in order to copy out the document on another sheet of paper. This saved a lot of time for important correspondence with more than one person. 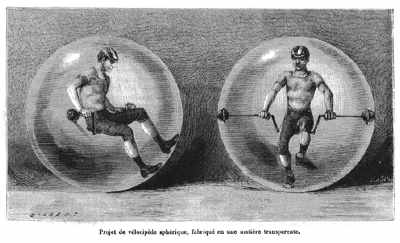 I happen to think I would very much enjoy this invention myself. It caters to the people of the Victorian era, known for their unusual habits and interests. This invention was essentially nothing more than a transparent sphere with a rod inside to support a rider. Vehicles such as this one would fit right in in the Victorian era. 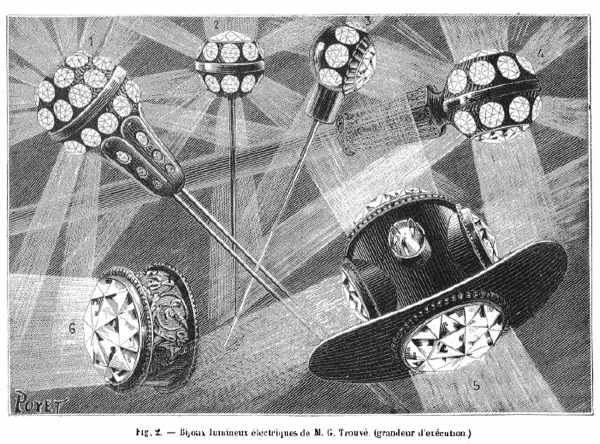 Taking the number one spot is this neat little invention, the only one which particularly surprised me. One can only imagine that in an era when electricity was a revolutionary idea, having electrically-lit jewelry would have been of great interest. Lights would be placed within the jewelry, and upon being lit up would shine through the jewels, making for a dazzling display of extravagance. Of course, it was not the sort of thing which could actually be worn in any practical application, but it was an interesting – and rather Victorian – concept.