The “end” of the Mayan Long Count Calendar is nearly upon us! The way I see it, we have two choices. A: buy into the sloppy and pseudo-scientific hype, stock up on canned corn and ammo, and pray that Nick Cage will save us all from the inevitable ancient jungle aliens and solar space volcanoes. Or B: do a little research, learn some cool new facts about how the universe really works, and maybe cut down on the T.V. time. If option B sounds more like your style, here’s a list to get you started. 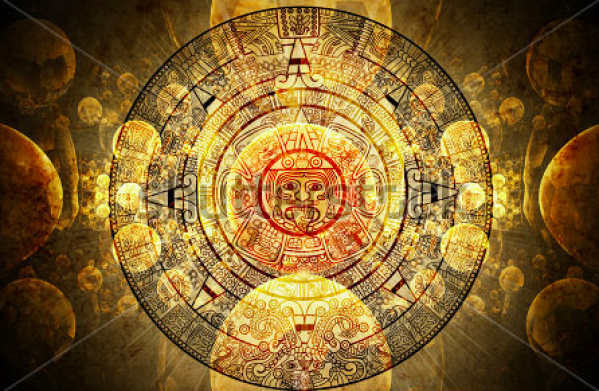 First of all, the Mayan calendar doesn’t ‘end’ in 2012, despite many claims to the contrary. Most archeologists agree that the ancients never viewed this year as the end of the world. “It’s the time when the largest grand cycle in the Mayan calendar – 1,872,000 days or 5,125.37 years – overturns, and a new cycle begins,” said Anthony Aveni, a Maya expert and archeo-astronomer from New York.

The Maya believed that the dawn of our current creation cycle began in August 11, 3114 B.C, and they recorded this date as Day Zero (even though it preceded their civilization by thousands of years). This December, the era will come to an end. The complex, cyclical calendar will roll over again to Day Zero, beginning another long cycle, just as it has before. 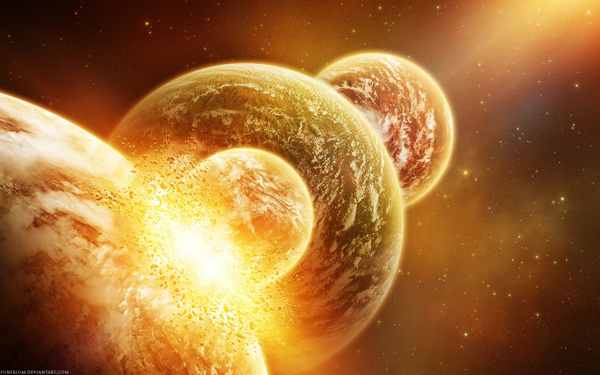 This one is simple: there are NO unusual planetary alignments in 2012, only the same old boring planetary conjunctions that happen all the time. Many 2012 myth-makers claim that Saturn and Jupiter will align, causing gravitational anomalies powerful enough to affect the Sun. However, if you remember anything from geometry class, you may recall that a line can be defined by any two points in space, which is to say that any two planets can be considered ‘aligned’ at any time. The proper term is ‘conjunction’, where two or more planets are within a few degrees of each other from a third vantage point. However, Saturn and Jupiter simply will not be in conjunction in 2012. 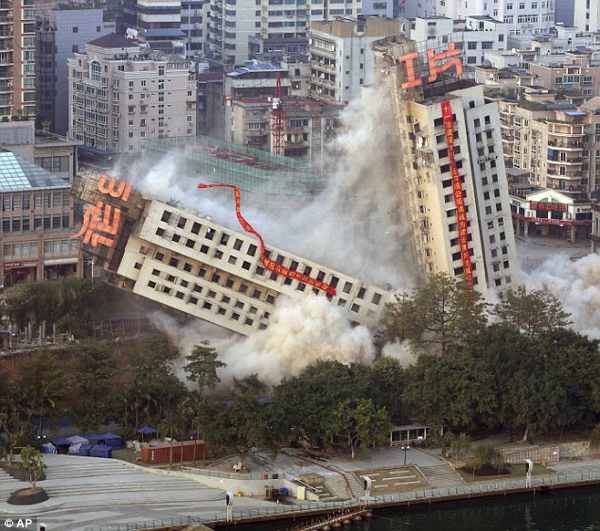 2012 Doomsday purveyors also suggest that gravitational shifts in our solar system (possibly from the aforementioned, non-existent “alignments”) could cause devastating seismic upheavals that will reshape the face of the earth forever. This one looks cool on the big screen – but it doesn’t hold much water scientifically speaking, mainly due to the fact that the Moon is the primary gravitational influence on the Earth by far. Though it is relatively small and light, it is closer to the Earth than any other object in our solar system, making its effects most significant. Other planets are just too far away and too small to cause any noticeable effects. And since the Moon hasn’t turned our planet inside out in at least the last couple billion years, most scientists agree that there’s no reason to think that it will do so anytime soon. 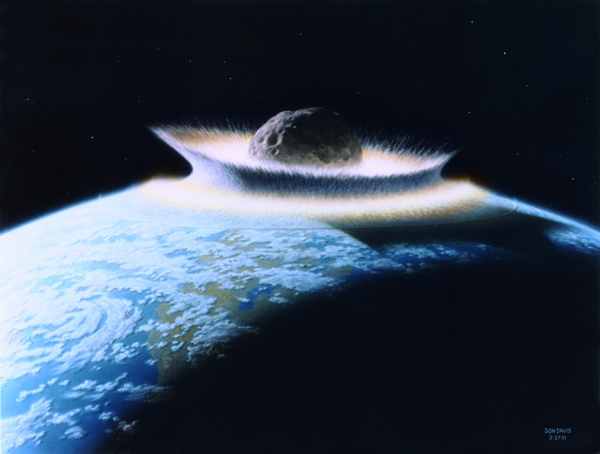 This one is a flat-out fabrication. There are no known large asteroids that are going to impact Earth in 2012. Small to medium asteroids impact Earth all the time with no damage. Large asteroids are much more likely to be found by the thousands of professional and amateur astronomers who watch the skies every day, and none have been identified as being a threat.

There are a few large asteroids that will make relatively close passes to the Earth in 2012, the most significant by far being Toutatis. The plane of Toutatis’s orbit is closer to the plane of the Earth’s orbit than any other known large asteroid. However, this “close approach” is 180 times the distance from the Earth to the Moon. That’s roughly 4,300,000 miles away!

Some claim that a mysterious Planet X – also referred to as Nibiru – is on a collision course with Earth. Much like the asteroid theory, this one easily falls apart when you apply just a little bit of logic. The fact is that if such a thing existed, thousands of people would have seen it a long time ago! But hey, don’t just take my word for it. Here’s what David Morrison, senior scientist with the NASA Astrobiology Institute has to say about it:

“If there were a planet or a brown dwarf or whatever that was going to be in the inner solar system at the time, astronomers would have been studying it for the past decade and it would be visible to the naked eye by now. It’s not there.” 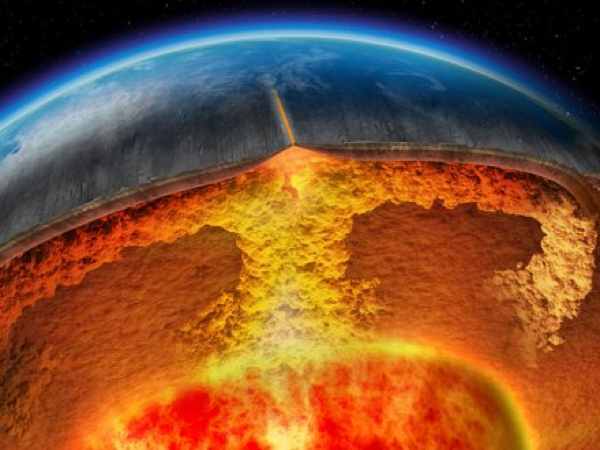 Yellowstone is currently an active geological area, with small earthquakes happening all the time. Seismic activity is common – undermining the claims of many 2012 hoaxers, who say that it is a sign of an imminent super-eruption. However, most geologists agree that at the time of the last super-eruption, the uplift was an estimated hundreds of meters, if not kilometers. 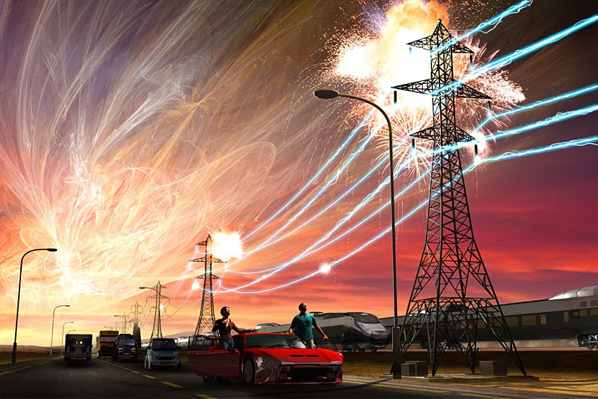 Another Hollywood favorite, solar flares have been made infamous in recent years despite being a very common and harmless occurrence. While it is true that the number of flares and sunspots varies over time in an 11 year cycle, recent studies show that ‘Solar Max’ is not due to happen until sometime in 2013. And most reputable scientists agree that when it does, it will be as uneventful as it was in 2002. In fact, there is no evidence whatsoever that our sun can even produce a life-ending solar flare. We know what stars like our sun are capable of by studying other similar stars throughout the universe. So far, no such thing has been observed. 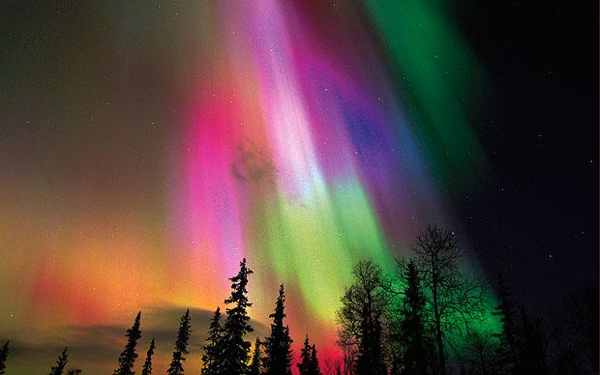 Yes, it is true that the Earth’s magnetic field is currently in decline. However, Magnetic Pole Reversals take hundreds, possibly even thousands of years to occur. They do not just flip-flop overnight. Furthermore, there is no evidence that a pole reversal is going to happen anytime soon, that is, within the next few years. It is possible that we are in the earliest stages of one now, but that is mere speculation at this point. Either way, it has nothing to do with the year 2012. 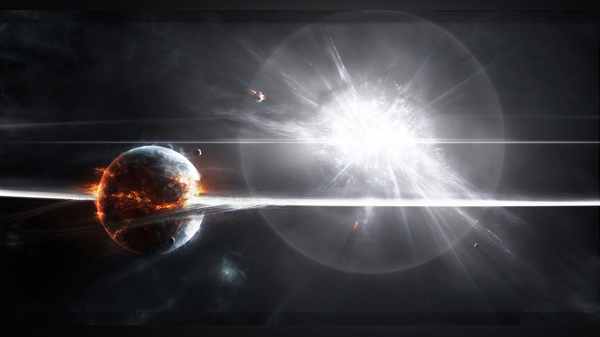 A recent press release – issued at the American Astronomical Society meeting in January 2010 -discussed the possibility that the recurrent nova (T Pyxidis) might be due to become a supernova. Some of the language within the report is very misleading, causing a great deal of confusion and irresponsible headlines, and thereby adding fuel to the 2012 fire. The press release suggests that T Pyxidis is close enough to the Earth that if it were to become a supernova, the Earth would be fried by the subsequent waves of gamma radiation.

However, it is now well documented that the particular astronomer whose work was cited simply got his numbers wrong (or at least the press release got the numbers wrong). As pointed out by many in the astronomical community, T Pyxidis is simply just not close enough to cause the damage implied by the press release. A supernova would have to be within 25 light years to have such an effect, and T Pyxidis is over 3000 light years away. 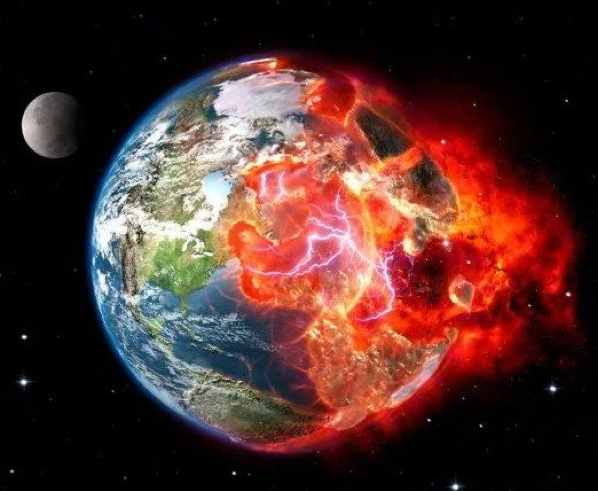 The final myth is another one of those pesky “alignment”-based myths – again, only viable to those who don’t care to know the facts. It suggests that the central black hole of our galaxy is somehow going to destroy the Earth when it falls in line with the Sun and other planets. The problem is, the closest so-called “galactic alignment” already happened in 1998. Also, the black hole at the center of our galaxy is at least 26,000 light years away, which means it has very little gravitational affect on the Earth. In fact, the gravitational pull of the Sun is about 560,000,000,000 times stronger!