The Earth is in a perpetual state of change. Whether by human action or solar disturbances, it’s guaranteed that earth’s future will be more than interesting – but not exactly free of chaos. The following list presents ten major events that the earth is predicted to experience in the coming billion years. 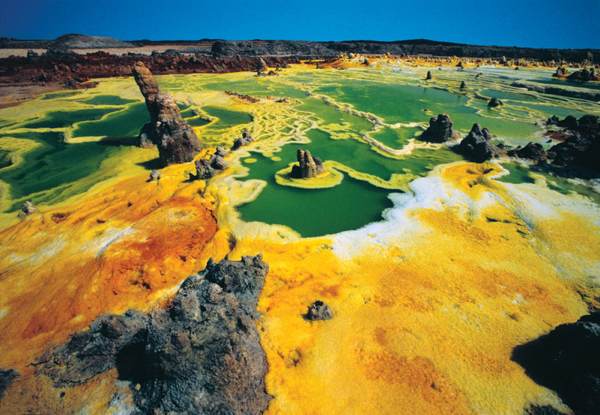 One of the hottest places on Earth, the Afar depression – lying between Ethiopia and Eritrea – is on average 100 metres below sea level. With a mere 20km between the surface and the hot magma bubbling below, the land is being slowly thinned by tectonic movements. Hosting a deadly array of volcanos, geysers, earthquakes and even toxic superheated water, the depression is hardly a holiday resort; but come 10 million years when all this geological activity has ceased, leaving only a dry basin, it will eventually fill up with water and form a new ocean – perfect for jet skiing in the summer. 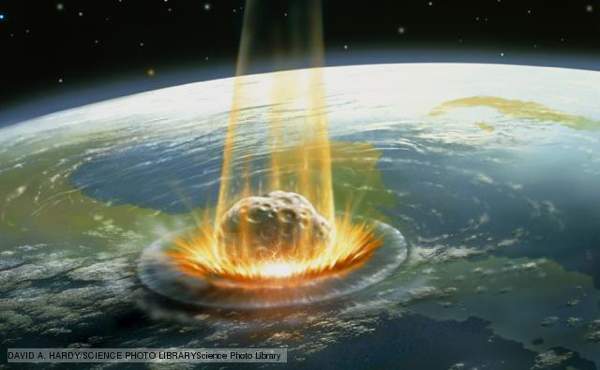 Given the eventful history of the Earth, and the relatively high number of anarchic rocks floating around in space with a vendetta against planets, it is predicted that within the next 100 million years, Earth will experience another impact event comparable to that which caused the Cretaceous–Paleogene extinction 65 million years ago. This is of course bad news for any life on Planet Earth. Although some species will no doubt survive, the impact will likely mark the end of the age of mammals – the current Cenozoic Era – and instead usher in a new age of complex life forms. Who knows what sort of life will thrive on this newly purged Earth? Perhaps one day we’ll be sharing the universe with intelligent invertebrates or amphibians. For now though, our imagination is the only limit as to what may occur. 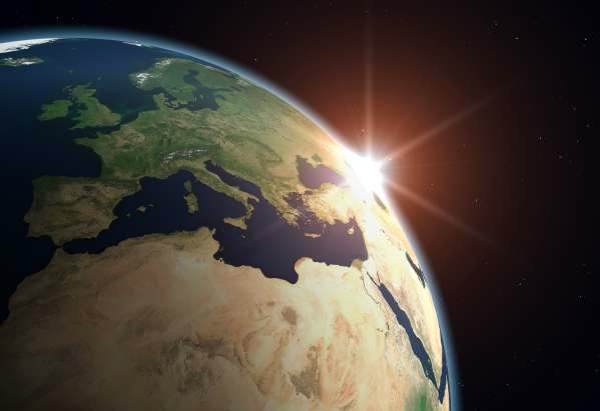 Within the next 50 million years Africa, which has been migrating north for the past 40 million years, will eventually begin to collide with southern Europe. This movement will seal up the Mediterranean sea within 100 million years, and thrust thousands of miles of new mountain ranges into existence, much to the glee of climbers worldwide. Australia and Antarctica will also want to be part of this new supercontinent, and shall continue their paths northwards to merge with Asia. Whilst all this is occurring, the Americas will proceed on their westward course away from Europe and Africa, towards ASIA.

What happens next is up for debate. It is believed that as the Atlantic ocean grows, a subduction zone will eventually form on the western border, which will drag the Atlantic sea floor down into the earth. This will effectively reverse the direction which the Americas are travelling, and eventually force it into the eastern border of the Eurasian supercontinent in around 250 million years time. If this doesn’t occur, we can expect the Americas to continue their path westward until they merge with Asia. Either way we can look forward to the formation of a new hypercontinent: Pangaea Ultima – 500 million years after the last, Pangaea. Following this it will likely split once more and start a new cycle of drifting and merging. 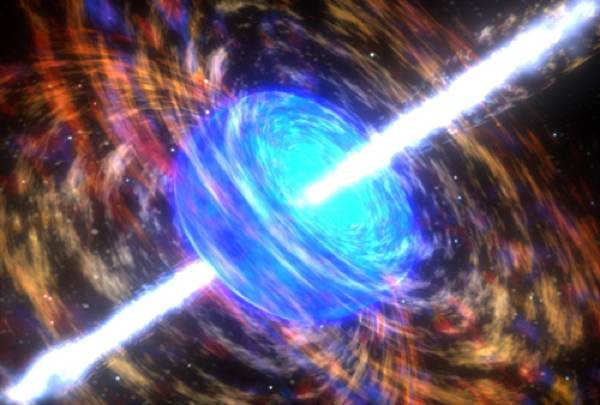 If a major impact event every couple of hundred million years isn’t bad enough, Earth also has to contend with incredibly infrequent Gamma-ray bursts – streams of ultra-high energy radiation typically emitted from hypernovae. Although we are bombarded by weak Gamma-ray bursts daily, a burst originating from a nearby system – within 6500 light years away – has the potential to wreak havoc for anything standing in its way.

With more energy than the Sun will ever produce in its lifetime raining down upon Earth within period of minutes or even of seconds, Gamma-ray bursts can calmly strip away large portions of the earth’s ozone layer, triggering radical climate change and extensive ecological damage, including mass extinctions. It is believed by some that a Gamma-ray burst prompted the second largest mass extinction in history: the Ordovician-Silurian event, 450 million years ago, which eradicated 60% of all life. Like all things in astronomy, however, pinning down exactly when the unlikely set of event that leads to a Gamma-ray burst directed at Earth will occur is difficult, although typical estimates place it at between 0.5 and 2 billion years from now. But it could be as soon as a million years, should the threat from Eta Carinae be realised. 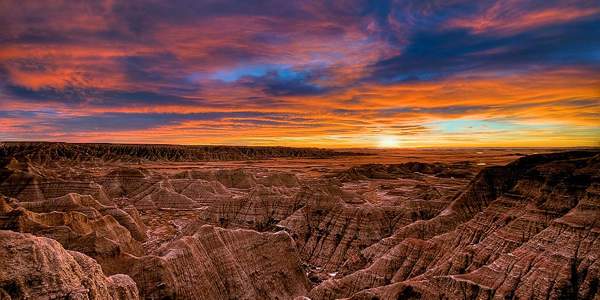 As the Sun becomes progressively hotter as it slowly grows in size, the Earth will eventually lie outside of its habitable zone – too close to the sizzling sun. By this time, all but the most resilient of life on Earth would have perished. The oceans will have completely dried up, leaving only deserts of burning soil remaining. As time goes by and the temperature rises, Earth may go the way of Venus, and turn into toxic wasteland as it is heated to the boiling point of many poisonous metals. What remains of humanity will have had to vacate by this point to survive. Luckily, by this point Mars will lie inside the habitable zone, and may provide a temporary haven for any remaining humans. 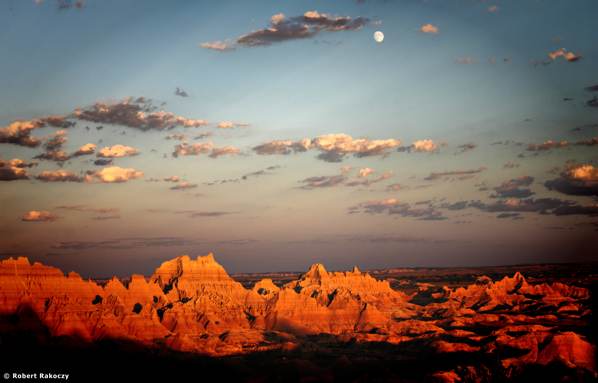 It is believed by some, based upon our current understanding of the Earth’s core, that within 2.5 billion years the Earth’s outer core will no longer be liquid, but will have frozen solid. As the core cools, Earth’s magnetic field will slowly decay, until it ceases to exist altogether. With no magnetic field to protect it from the vicious solar wind, Earth’s atmosphere will be gradually stripped of its lighter compounds – such as ozone – until only a fragment of its former self remains. Now with a Venus-like atmosphere, the barren Earth will feel the full force of solar radiation – making the already inhospitable land even more treacherous. 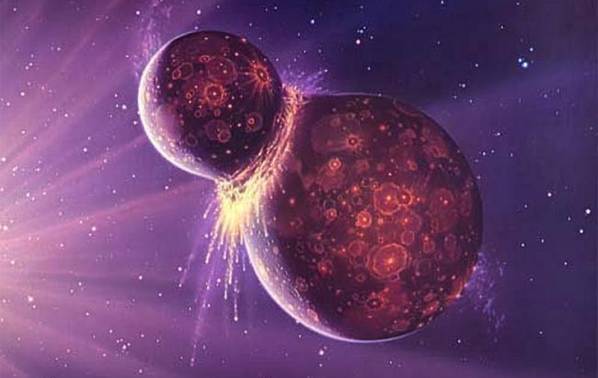 In around three billion years there is a small but significant chance that the the orbit of Mercury will have elongated enough to cross the path of Venus. Although we cannot currently predict exactly what will occur when this happens, the best case scenario is that Mercury will simply be consumed by the Sun, or destroyed by a collision with its bigger brother Venus. The worst case scenario? Well, the Earth could collide with any or all of the other major non-gaseous planets, whose orbits would have been radically destabilised by Mercury’s transgressions. If the inner solar system remains somehow intact and undisrupted, within five billion years the orbit of Mars will cross that of Earth, creating once more a recipe for disaster. 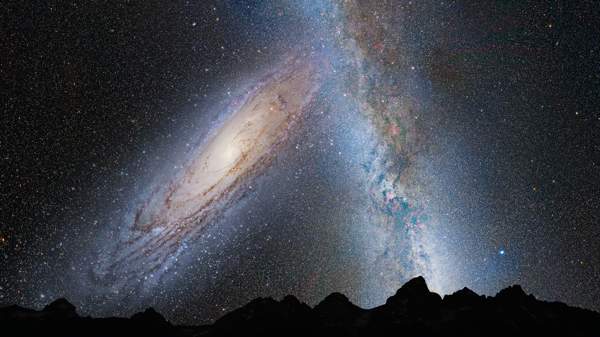 As the years pass, any life on Earth will have the pleasure of witnessing the Andromeda galaxy grow steadily larger in our night skies. It will be a truly magnificent sight to see the full majesty of a perfectly formed spiral galaxy glowing in the heavens, but it won’t last forever. Over time it will begin to horribly distort as both it and the Milky Way begin to merge, throwing the otherwise stable stellar arena into chaos. Although direct collision between astronomical bodies is incredibly unlikely, there is a small chance that our Solar System may be ejected and thrown into the universal abyss. Either way, our night sky will, at least temporarily, be adorned with trillions of new stars 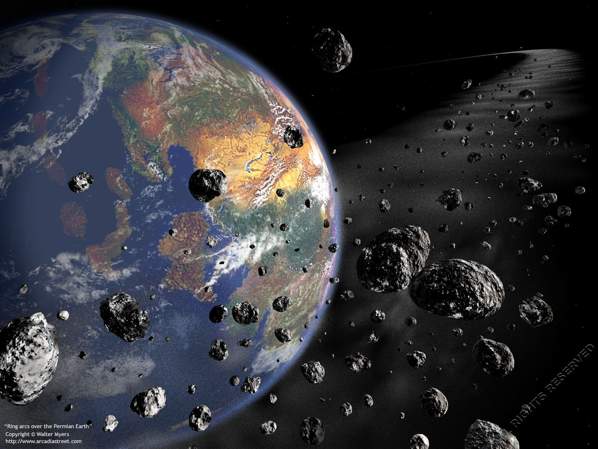 Although the Moon is steadily receding at a distance of 4cm a year, once the Sun has entered its red giant phase, it is likely that such a trend will cease altogether. The additional force exerted on the moon by our bloated star will be enough to cause Moon to slowly come crashing back down to Earth. Once the Moon reaches the Roche limit it will then begin to disintegrate, as the tidal force exceeds the gravity holding the satellite together. After this it is possible that the debris will form a ring around the Earth, giving any life a pleasant skyline, until it falls back to earth again after a period of many millions of years.

If this does not occur, there is another means by which the Moon may come plunging back towards its parent. Should the Earth and Moon continue to exist in their current form, with their orbits uninterrupted, then after around 50 billion years the Earth will become tidally locked with the Moon. Soon after this event the Moon’s orbital height will begin to decay, whilst the Earth’s rotational velocity rapidly increases. This process will continue until the Moon reaches the Roche limit and disintegrates, forming a ring around the earth. 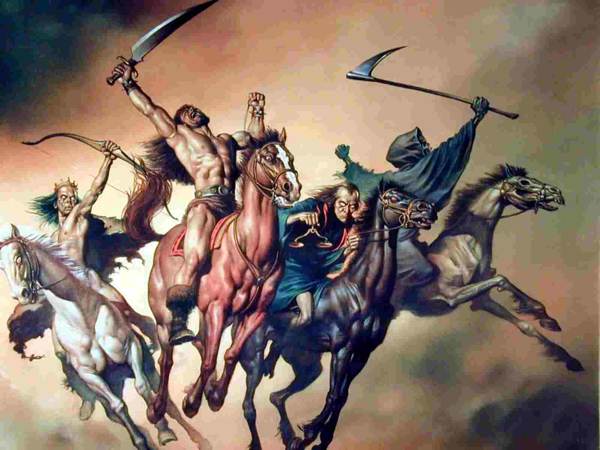 The probability of the Earth being destroyed within the next dozen billion years is high. Whether by the cold jaws of a rogue planet, or the smothering embrace of our dying Sun, it will no doubt be a sad moment for any surviving humans – should they even remember their birth planet. Let’s just hope that Earth doesn’t suffer the sad fate of drifting alone in the cold depths of space, having been ejected from its home system. Even then, once black holes have taken over (10 Duodecillion years from now) there will be little hope for its survival.