The weekend is almost over, and we hope that you will start the next week on a happy note. That’s why this list is here with some of the more inspiring and amusing stories that happened over the last few days. If you would like to read about bizarre and outlandish occurrences instead, check out the offbeat list right here.

Space fans get to learn about the asteroid which had water on it and the comet which is currently shining bright in the night sky. Animal lovers can find out about one brave dog that won’t let anything prevent him from doing his duty and about the reemergence of the Italian beaver. There’s also talk of a robot cafe, a century-old letter to Santa, and a pillow fight with elves. 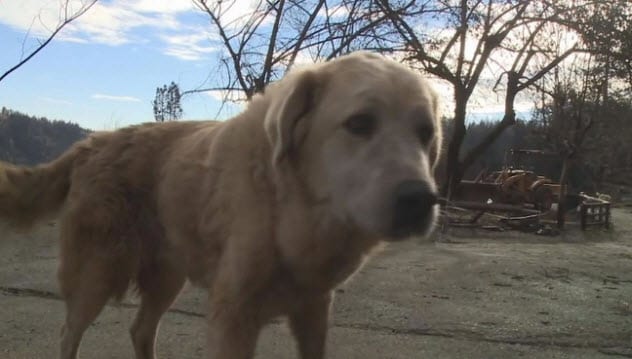 A dog survived the wildfires sweeping through California and waited for a month at the remnants of his former house until his owner returned.

Madison the Anatolian shepherd mix is a guard dog that takes his job very seriously. His owner, Andrea Gaylord, had to flee her home in Paradise on November 8 when a blaze engulfed the town. Afterward, she contacted animal rescuer Shayla Sullivan to see if she could check up on Madison.

Sullivan found the pooch on duty next to the burned-down rubble. At first, he was apprehensive about the stranger. But he eventually warmed up to Sullivan as she kept bringing him food and water every day.

Madison finally reunited with his owner last week. Gaylord rewarded him for his diligence with his favorite snack, Wheat Thin crackers. As a bonus, the Anatolian shepherd was also reunited with his brother, Miguel. He had been taken to an animal shelter 135 kilometers (85 mi) away.[1] 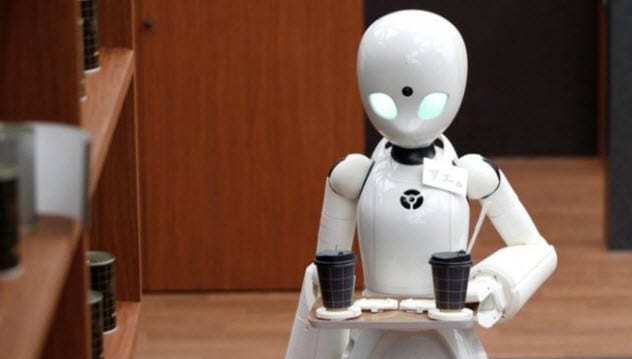 A new cafe has opened in Tokyo which employs people with physical handicaps by allowing them to control robot waiters.

Ten people work at the Dawn Ver Cafe, and they all have various disabilities which restrict their movement. They are still able to earn the standard Japanese rate for waiting staff, though, because they can control the OriHime-D robots which are used to serve drinks and clear the tables.

The robots were built by Japanese start-up company Ory. Able to move, carry objects, observe, and talk to customers, they can be controlled even just through eye movement.

There are multiple purposes behind this new idea. From a scientific point of view, it helps to determine what kind of connection can be established between robots and disabled people. At the same time, it allows these individuals to earn a wage and facilitate social interactions.

At the moment, the Dawn Ver Cafe will only be opened for two weeks as a test run. The people behind it are raising funds in the hopes of opening it on a permanent basis in 2020.[2] 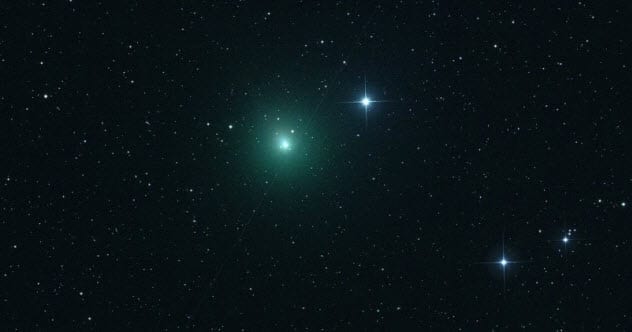 Stargazers will receive an early Christmas present as the brightest comet of 2018 is paying us a close visit.

Discovered in 1948 by American astronomer Carl Wirtanen, the comet 46P/Wirtanen passes us roughly every 5.4 years as it orbits the Sun. This time, however, it will make its closest-ever observed approach at just 11.6 million kilometers (7.2 million mi). According to another astronomer’s calculations, it will not fly this near to us for another 500 years.

Comet 46P/Wirtanen will make its closest approach on December 17, although it should be visible right now with binoculars or a telescope. The tail points away from Earth, so we won’t be able to see its signature comet plume. But it should glow a brilliant green because its coma contains cyanogen and diatomic carbon which glow green when ionized by sunlight.[3]

7 The Beaver Returns To Italy 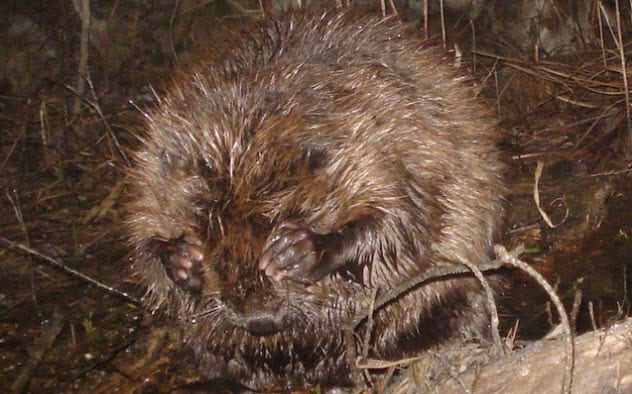 Scientists have captured footage of the first beaver to be sighted in Italy in 500 years.

The animal was picked up by camera traps mounted in the forest of Tarvisiano. The same beaver was photographed several times over the last week. He is a lone male which researchers have named “Ponta.” The name references the Italian word for “bridge” (ponte) but also Renato Pontarini, the photographer who first caught a snapshot of the furry rodent.

The animal was common in the country during the Middle Ages. However, it was prized for its meat, which was considered white meat and thus was available to Catholics on Fridays. Beavers were hunted on a large scale throughout Europe and disappeared from most of the continent.[4]

During the 1980s, conservationists tried to reintroduce the species to Central Europe from northern Russia. Ponta is believed to be a descendant of those beavers that have crossed into Italy from Austria.

The Eurasian beaver should not be confused with its smaller cousin, the coypu. The two look very much alike, but the latter was introduced from South America as an alternative fur supply and has become a pest in certain parts of Italy.

A firefighter in Boston got into the holiday spirit early this year by dressing up as an elf and staging pillow fights with passersby.

Brendan Sullivan (aka Brendan Edwards), a native of Natick, Massachusetts, decided that the best way to spread some cheer this holiday season was with pillow fights. Therefore, he dressed up as Buddy the elf (the main character played by Will Ferrell in the movie Elf) and challenged strangers on the street.

After the first video became popular, Edwards was back for a second round but with two key differences. First, he was now accompanied by a woman dressed in pink like Jovie the elf, another character from the movie. Second, the video had a donation button so that people could give to the Make-A-Wish Foundation.[5]

5 The Reward For Honesty 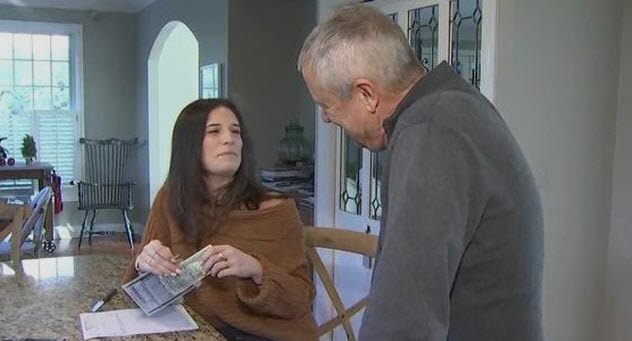 A New Jersey woman was handed back the $3 she once found and turned in to the police when she was a Girl Scout 14 years ago.

Back in 2004, 12-year-old Paige Woodie was walking down the street on Monmouth Beach when she found $3. As the honest and dutiful scout she was, she went to the nearest police station and gave them the money.

Unsurprisingly, nobody ever came forward to claim the $3, so it’s been sitting in the evidence room of the Monmouth Beach Police Department ever since. This year, officers decided it was finally time to return the cash to the person who had found it.

Paige was a bit apprehensive at first when an officer came to her door and asked if she remembered what she did back in 2004. However, when she realized what was happening, she described it as a “Christmas miracle.”[6]

Unfortunately, Woodie won’t be able to retire off her windfall just yet. As honest now as she was 14 years ago, she says she has to split the money with her friend Jackie Bradley who was there when they found the loot. 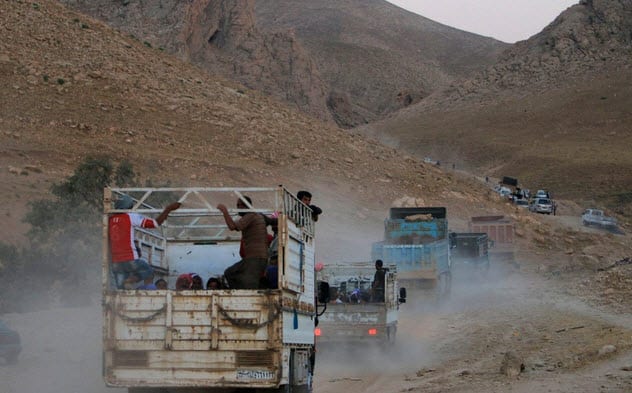 A university professor sent a mercenary team to rescue her student from an Islamic State war zone.

This whole ordeal happened in 2014 but was recently covered in Lund University Magazine. Firas Jumaah, a native of Iraq, was attending the Swedish university and studying chemistry. He received a call from back home from his panicked wife who said that ISIS soldiers had taken over the neighboring village.

Jumaah flew back home where he was forced to hide his family in a disused bleach factory. He managed to send a message to his doctoral adviser, Professor in Analytical Chemistry Charlotta Turner. Jumaah told her that if he didn’t return within a week, he probably wouldn’t return at all to finish his thesis.

Turner was angry that ISIS “could endanger my doctoral student and disturb the research.” She turned to the university’s then–security chief, Per Gustafson, who put her in contact with a transport and security company.

A few days later, four heavily armed mercenaries in two Toyota Land Cruisers came into the region where Jumaah was hiding. They secured him, his wife, and his two daughters and escorted them to Erbil Airport. Since then, the doctoral student has completed his PhD in Sweden and now works for a pharmaceutical company.[7]

3 The Ancient Water Of Bennu 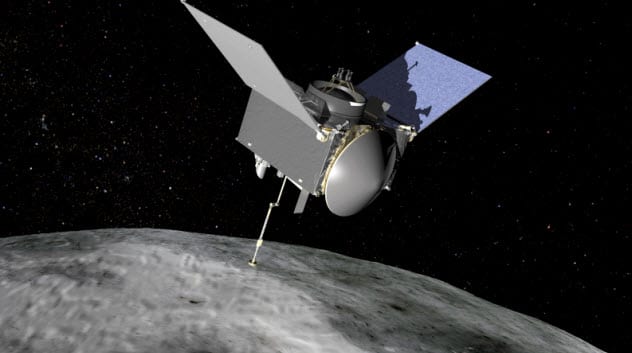 The newly arrived spacecraft on Bennu has already found evidence that there was once water on the asteroid.

The rock was discovered in 1999. Named after an ancient Egyptian deity, asteroid 101955 Bennu immediately became of interest to us as it is one of the space objects with the highest chance of impacting our planet in the future.

In September 2016, NASA launched the OSIRIS-REx spacecraft with the mission of collecting and returning samples from the asteroid. The probe reached Bennu on December 3, and a week later, it had already made a major discovery. There are hydrated minerals on the surface of the space rock, a sign that it once had ancient water.[8]

While Bennu itself is too small to have ever hosted water, scientists believe that it broke off from a much larger asteroid or dwarf planet. OSIRIS-REx has just started analyzing the rock, so it is likely that more interesting new discoveries will be announced in upcoming years.

2 The Letter To Santa 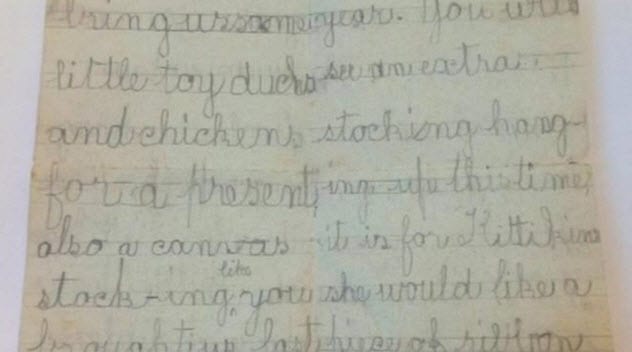 An old book donated to a charity shop had an interesting prize hidden among its pages. It was a letter to Santa written by five-year-old Marjorie 120 years ago.

The book made its way to a toy shop in Canterbury, England. Shop assistant Lily Birchall said her father found the letter dated December 2, 1898. If you are curious about what a young Victorian schoolgirl would have wanted for Christmas, Marjorie asked for toy ducks and chickens, a canvas stocking, and a piece of ribbon. She also requested a ball on behalf of her cat, Kittykins.[9]

Birchall’s new goal is to see if she can track down Marjorie’s descendants and return the letter to them. Unfortunately, the schoolgirl didn’t write a last name, but she did give her address on Enys Road in Eastbourne. However, the original house doesn’t seem to be there anymore. 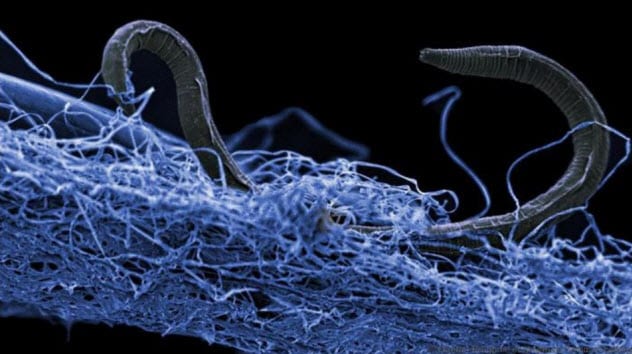 A decade of research has revealed that there is a massive biosphere underneath the Earth’s surface. The total biomass of creatures living underground equates to approximately 15–23 billion metric tons of carbon, which is 300–400 times more than the biomass of all humans on the planet. These creatures include millions of undiscovered species.

This conclusion came courtesy of the Deep Carbon Observatory (DCO), an organization which consists of over 1,000 scientists from 52 countries. Their goal is to study the “deep biosphere”—the collection of all the ecosystems which exist between the surface of the Earth and the planet’s core.

This report took 10 years to complete. Scientists drilled at hundreds of sites all over the world and took samples from boreholes and mines penetrating over 5 kilometers (3.1 mi) into the Earth. They found specimens from all three domains of life: archaea, bacteria, and eukarya. In fact, the DCO now believes that 70 percent of all bacteria on the planet lives underground.

The discovery was compared to finding a new Amazon or a subterranean Galapagos. It also raised new questions about the beginning of life on Earth. Did the first organisms start in the ground and migrate up toward the Sun, or vice versa?[10]

One of the members of DCO, Japanese geomicrobiologist Fumio Inagaki, believes that continued research should help us to better understand how and why life emerged on our planet. It could also give us insights into habitability on other celestial bodies, particularly into the chance that life is still present in the Martian subsurface.