People love going to the movies because it’s the one chance they have to escape their boring lives and enter the fantasies of some pretty awesome characters. Because that’s all movies are, right? Fantasies. But every now and then, the roles are reversed: something fantastically awesome happens in real life that just happens to resemble one of those more unbelievable movie plots. Here are ten of those stories: 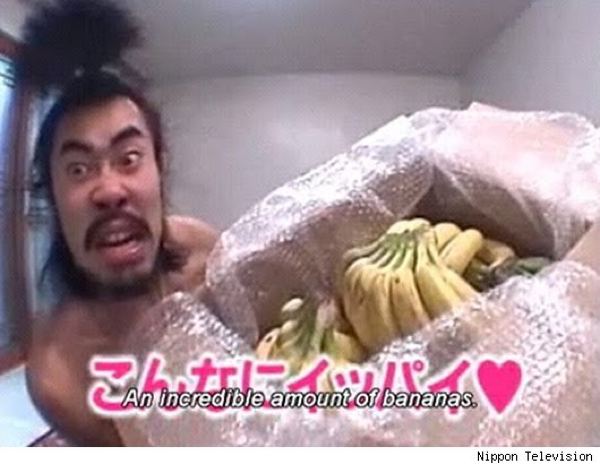 The Truman Show is about Jim Carrey realizing that his whole life is a lie. Everything is staged by a TV crew and his entire life is followed by an audience. In the end, he breaks out and finds his way to the real world. Sounds crazy, right? Well, in real life there was this Japanese game show called Nasubi. Get ready for some depressing stuff.

They took a man who had merely signed up for a reality show (he wasn’t told which one), stripped him naked and locked him in an apartment for about eight months. He had no clothes, food, or water. His only belongings were given to him if he won a sweepstakes. Because some of the audience felt bad for him, the producers let him wear one piece of clothing – unhappily enough, it was a woman’s pink panty. Finally, they told him that he’d passed and took him to what he thought was a celebration. It was another apartment. He went through this for 15 months. 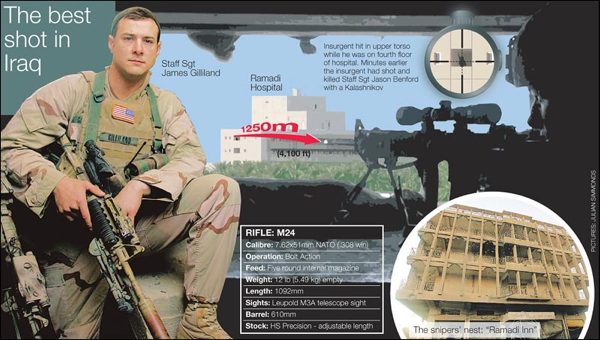 Now, this one isn’t necessarily the real life version of a movie plot, but it is pretty badass in its own way. In the opening scenes of Wanted, a sniper shoots a guy in a suit from an impossible distance a few miles away. As though more spice needed to be added to the craziness, his bullet navigates a city and multiple buildings. Real life can’t match that, right?

Well: once upon a time in Iraq, SSG James Gilliland was with his patrol when an enemy sniper took out one of his men from a hospital half a mile away. That shot’s impressive – but what happens next is better. SSG James, a sniper himself, immediately figured out where the shot came from and shot back, killing the sniper. This was a 3/4th of a mile shot through buildings into the exact hospital window. For those of you non-gun nuts, it’s currently the 7th best recorded army sniper shot ever. 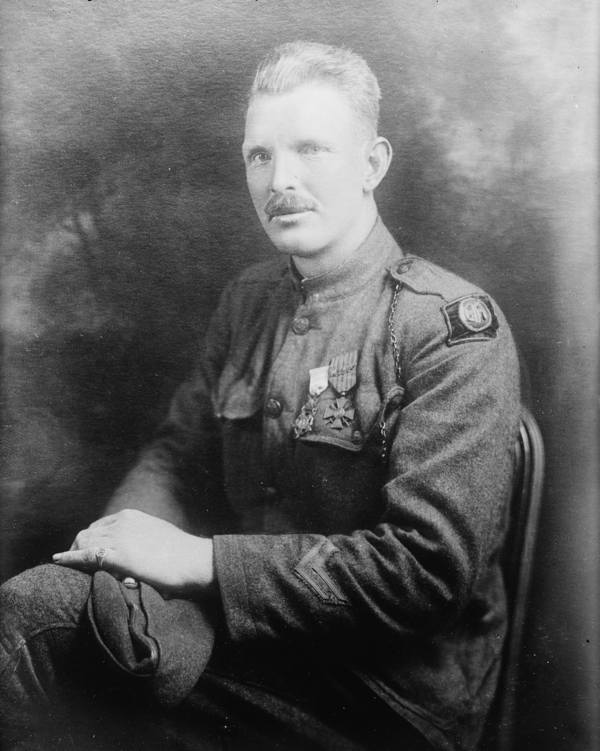 In this movie, Denzel fights a group of 15 men with a sword, kills them all, and doesn’t even get touched at all. He says he is protected by God – that’s why he’s so good.

In real life, Alvin C. York was one badass fighter. A soldier in WWI, he was once faced with more than 100 Germans surrounding him. What seems like insane odds was just a walk in the park for York. He took out a semi and a pistol and shot them all down, not missing one shot. Even through all the machine gun fire, he didn’t get hit once. To add to the similarity, even Alvin didn’t think his aim was normal. He believed he was protected by God.

7
The Hills Have Eyes; Breakdown; Vacancy 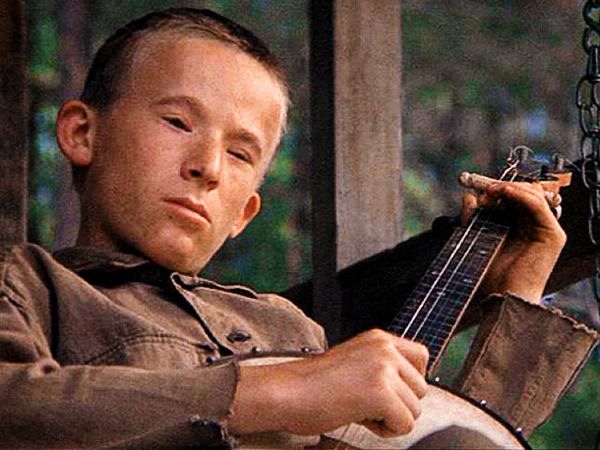 Movies like “The Hills Have Eyes” are the reason most of America is afraid of hillbillies. In those movies, hill people kidnap or lure innocent people into their “cozy” homes. They then proceed to murder, rob, and rape their victims; and if you’re very lucky, in that order. But come on. If that was real, the police would be all over it, right?

Turns out, no. Hill people are very real. A few years ago, a bunch of hicks lured people into their abodes with promise of work – and then killed them. This isn’t the only movie-like incident, either. Back in 1846, a group of settlers got lost in the mountains. After running out of supplies, they resorted to killing and eating other people in their caravan. 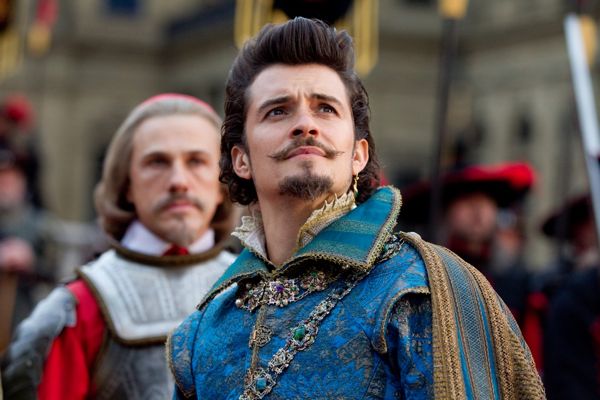 I’ll be damned if you don’t know who the three musketeers are. Even if you ignore the most recent movie, the three fictional musket-toting Frenchmen were massively popular – famous not only for the classic book which invented the legend, but also for the sweet, sweet candy bar which took their name.

What you probably don’t know is that all the characters actually existed. Arthos, Parthos, and Aramis were all real Frenchmen who were active between 1615 and 1620, and went by the name “the Three Brothers”. Don’t believe us? We’ll even throw in that D’Artagnan and Cardinal Richelieu were real, for good measure. Alexander Dumas basically ripped off their lives and didn’t credit them. 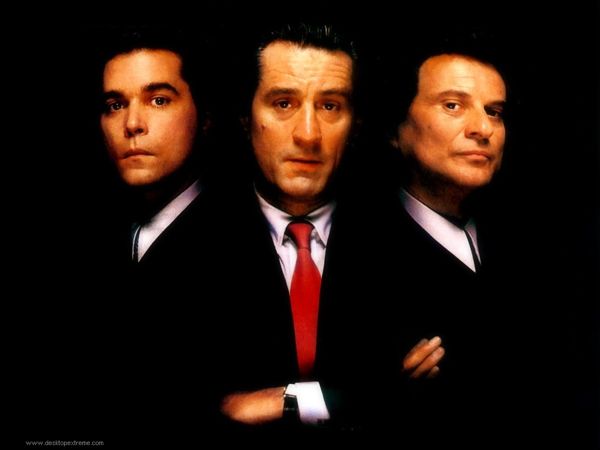 Goodfellas is one of the staples of the gangster movie genre. Not only did it launch the careers of everyone involved and embolden the veterans already in there, but it help set several of the gangster tropes that we continue to see in movies today. More than anything, the movie just seems so realistic. Its like when you watch the Dark Knight and realize that a man could dress as a bat and protect a city. Well, as it turns out, the realism is there for a reason. The whole thing is based off a book called “Wiseguy”. Everything from the movie’s opening line to its grand finale heist at JFK was completely, utterly real. 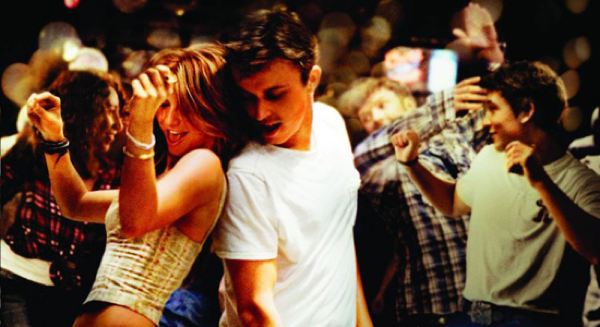 The movie about forbidden dancing is actually reflected in Elmore City, Oklahoma. In that city, public dancing is outright banned. Also, there are no movie theaters and only one bar. It seriously reads like the movie where kids sneak out to barns to dance in secret. And the whole town is one huge anti-teen-sex PSA. Everyone – from pastors to school admin – think that “sexual arousal” is of the devil, and that dancing teens are against the Bible. 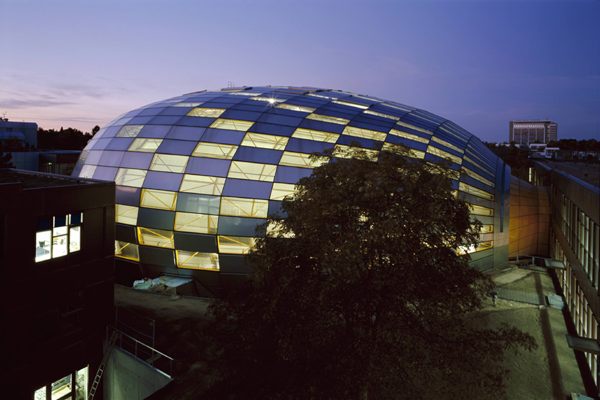 Accepted is a wacky movie starring that guy from the Apple commercials. It’s about a group of kids with assorted intelligence who decide they hate the popular university that everyone goes to because it’s arrogant and rich. They decide to make their own college with a former professor and it becomes wildly successful and even gets accreditation.  In real life, a group of students decided in 1948 that they hated the popular Nazi Humbolt University. The students – along with some old professors – decided to break off and make their own. With funds from the U.S., they made their own university and called it the Free University of Berlin. Today, it is ranked number nine in the nation. 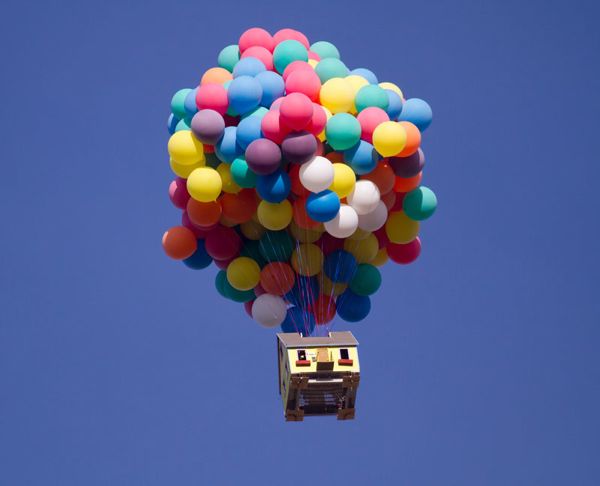 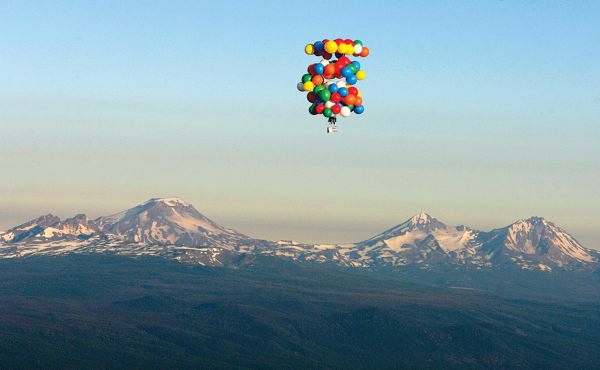 National Geographic decided to build a house, not of straw or wood or bricks, but topped off with helium filled balloons. The goal was to create one that could imitate the house featured in Pixar’s hit movie Up. They succeeded: the house actually took off. Unfortunately for our vivid imaginations, no one actually lived in the house – it was just a project. But for the first time ever, National Geographic proved that the world really can be as awesome as a cartoon, if you throw enough money at it. As for real life imitating the other half of the movie – we’ve got your back. In 2007, a man attached some helium balloons to his lawn chair, and sailed for nine hours from Oregon to Idaho – as you do. 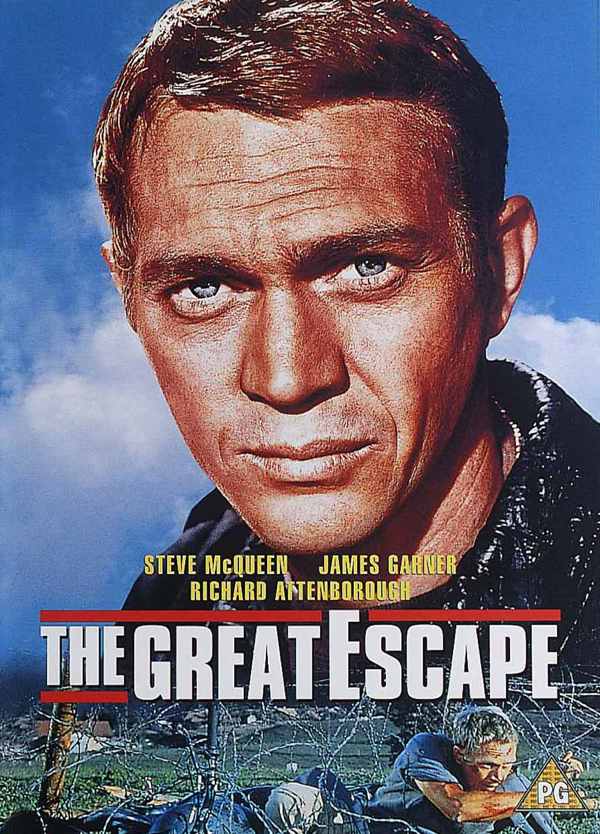 The Great Escape is a classic film for its portrayal of pure American bravery in the face of danger. The film stars a number of men who break out of their respective prisons, in an attempt to return to Allied territory using ingenious escape techniques.

In real life, Captain Richard Carr was captured and thrown into a German prison during World War II. He tried several times to escape. Just like in the movie, each attempt was more elaborate than the previous one. He first attempted to escape by digging a secret tunnel. He and 13 compatriots dug and dug for 6 days. As the first one out, Captain Carr bolted to make sure the coast was clear and hid in a nearby barn. Unfortunately, the coast was not clear, and he was recaptured.

Next, he snuck out during prison relocation and boarded a train. When the Gestapo came for him, he literally jumped off the train after what I can only imagine was a Bondesque chase. Again, he was recaptured. But this still didn’t deter the man: he tried sneaking out for a third time, dressed as a French worker – to no avail. To be fair, this one was on him; he did dress as a Frenchman, after all.

—-  Mohammed can be found on Twitter and at Cracked.com.