Christmas has already raced past, which means that you’ve probably already begun the obligatory handful of days with your extended family. You’ve ‘been there and done that’ so many times you could literally write the script of what’s going to happen each year – including the usual cast of characters who never fail to make a repeat performance of what they did last year.

But in case Aunt Stephanie is running late and you’ve forgotten how she behaves with her gin – or in case your house is still a shambles from Uncle Jimmy’s rampage of yesterday, and you need reassurance that your weird family isn’t alone – here are the 10 people who are bound to make an appearance every year at every family’s Christmas party. 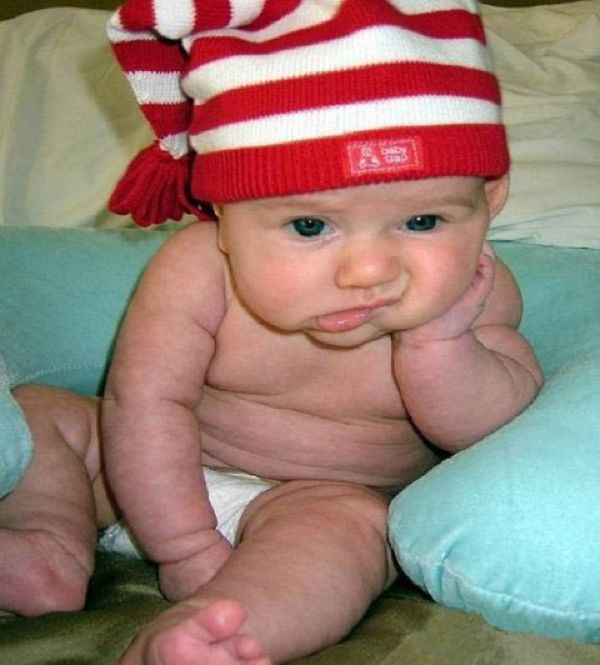 The pouter is usually a child under the age of 10, but occasionally it’s an emotionally stunted, spoiled adult. This person spends the entire evening impatiently waiting for present-opening time and complains about every event that precedes it. “Can’t we open presents before dinner?” he’ll beg. And when his request is denied he’ll slump in whatever chair is farthest away from the action and glare at his plate of food as if it were something not even a prisoner would eat.

When it’s finally time to open presents, don’t make the mistake of thinking a gift is all that is needed to boost his mood, as invariably, whatever the ingrate gets will be a disappointment or not as expensive as what someone else received. 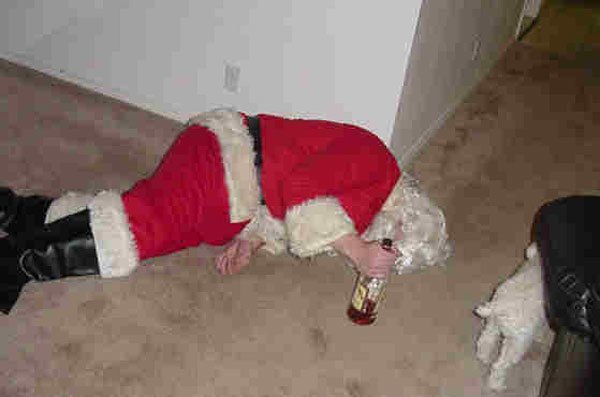 The Inebriator may sound like a really cool superhero, but he’s usually just an uncle who can’t survive any family function without the assistance of booze, and his antics should look very familiar since you undoubtedly just saw them at Thanksgiving dinner. If he doesn’t arrive tipsy, as soon as he steps through the door he’ll make a beeline to the garage, kitchen, or wherever your family happens to store the hard stuff. Before long he’ll be slurring his words, talking too close, and doling out uncomfortably tight hugs to anyone and everyone – including your prudish Great Aunt Marge.

Some have tried to eliminate the drunkenness by having a “dry” holiday, but a little family prohibition is no match for the determined inebriator – he always brings his own. Whether it’s in a flask or hiding in an innocuous gas station fountain soda cup, he’ll never tackle the holidays without some liquid comfort. 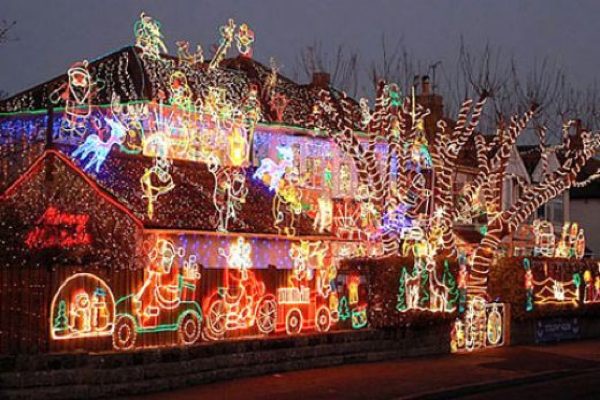 The over-doer is generally the housewife-type who takes every domestic chore to unnatural levels. She revels in Christmas, because it is the one time of year when all her obsessions – crafting, baking, and homemade gifts – are utilized simultaneously and with extreme fervor. Her gift wrapping always looks like something you’d see in a Macy’s window display, her presents are handcrafted, and she’d rather be caught dead than seen carrying around an ordinary tin of sugar cookies (her sweets always look like miniature versions of something else or are 3D).

Guests will oooo and ahhhh over her offerings, and she’ll just smile dismissively and act as if they’re no big deal and took no time at all. However, if you happen to live with the over-doer, you know she pulled an all-nighter trying to get everything together and sent her husband to the store multiple times, at least once after midnight, to fetch something he thought she didn’t really need (e.g. striped ribbon for the reindeer’s neck because the plain ribbon she already had didn’t look quite right). 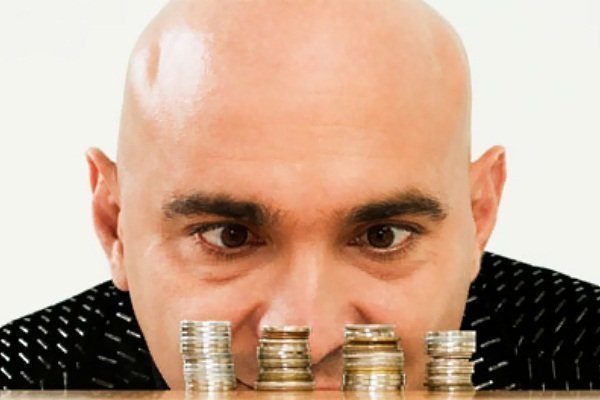 If your extended family has grown to the point where it’s no longer practical for everyone to buy everyone else a gift, you may have collectively made the decision to “draw names,” so people only have to buy one present (for the person whose name they picked). This approach can actually work out pretty well since you usually end up with one gift you actually like instead of 15 pieces of inexpensive junk. That is, of course, unless the cheapskate picks your name.

The cheapskate doesn’t see drawing names as an opportunity to give someone a thoughtful, personalized gift. Instead, he thinks, “Yeah, I only have to buy ONE gift!” Then he proceeds to the dollar store where he’ll end up buying you a paperweight, a hacky sack, or an extra-large root beer mug. You hate to be an ingrate like the pouter, but c’mon, why even bother? 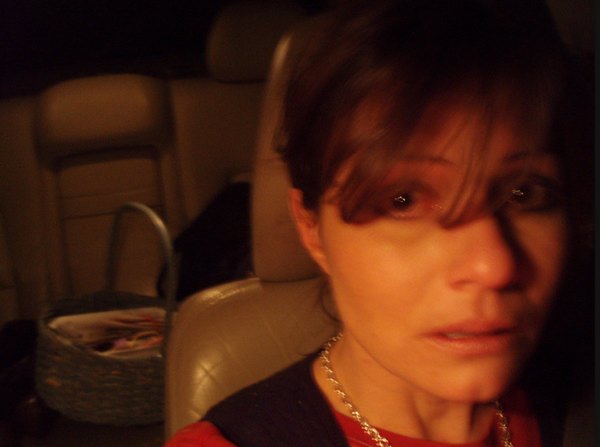 The most high-strung person at the gathering is always the mother or hostess – and if she is covering both roles, expect her to be doubly high-strung. Essentially, she wants the evening to flow perfectly, which usually means recreating a scene she saw in a Hallmark Christmas movie. She’ll dictate where everyone sits at the table, who opens what present, and how to pose for photos. No one can eat, even if the food is already on the table and getting cold, until your undependable brother Rob shows up, and if Rob never appears (there’s an 87% chance he won’t) she’ll get weepy yet still come up with some type of excuse for him.

If Rob does stop by, there’s still a 50% chance she’ll have a mental breakdown at some point, which leaves everyone white-knuckling their arm chairs and choosing their words very carefully when she’s in the room. 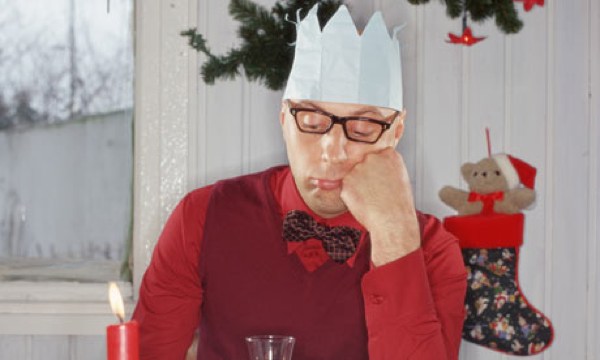 Teenagers and men usually take on the role of the indifferent. They could be at the party or not – they don’t care. What do they want for Christmas? Nothing. “Whatever” is their answer for every question, and you could tell them anything – the turkey’s burnt, Christmas is cancelled, their long-lost cousin Jeremy just arrived – and they’re still not getting their butts off the couch. 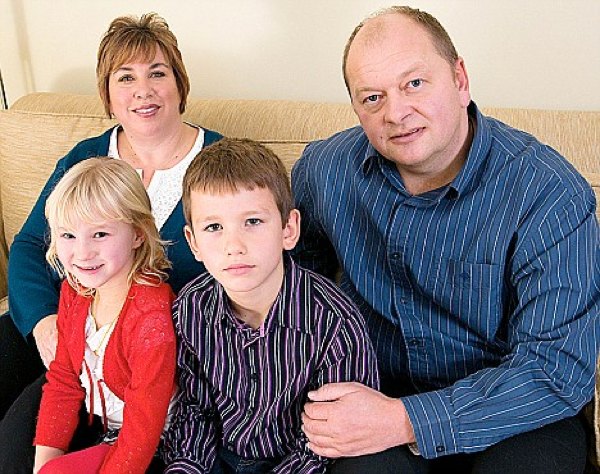 The self-righteous, which could be a whole family, want to tell everyone how they kept “Jesus in the season” this year. They proudly announce how they disapprove of the commercialization of Christmas, which is the reason why they’re giving gifts of service this year instead of store-bought presents (you’d better hope they didn’t pick your name).

You feel bad for their kids because you know Santa isn’t going to visit their house, and despite how much indoctrination happens in a family, every kid wants a real present for Christmas. 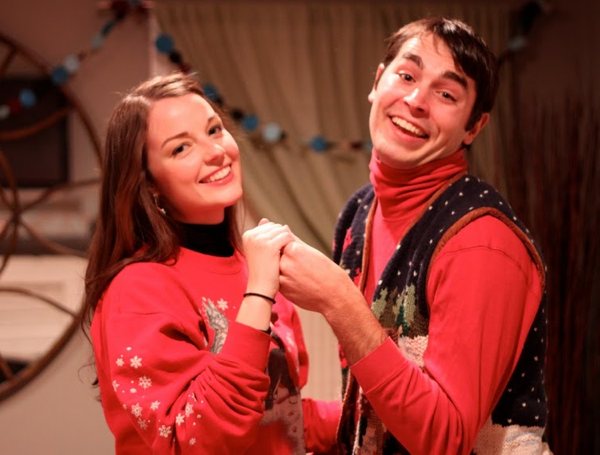 No matter how many years pass, someone in the family is at the age where they want to bring the new boyfriend/girlfriend to the festivities. This is thoroughly exciting for the young couple as they’re obviously taking their relationship to the next level, but for everyone else it’s a pain in the butt, as it means someone has to monitor the inebriator the entire night to ensure he doesn’t fondle the new person, while everyone else has to be on their best behavior in an effort not to send the high-strung person (AKA mom) into a tirade that scares off the newbie.

Not to mention, there’s always the question of whether or not to get this person a gift. Naturally, it’d be awkward if everyone else is opening presents and the girlfriend/boyfriend has nothing under the tree, but what do you give a person whom you know nothing about? 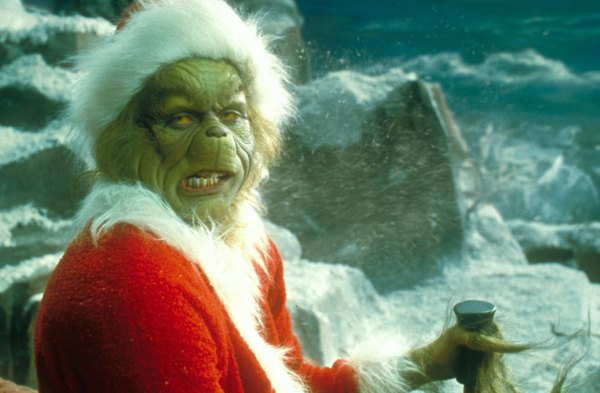 Like the self-righteous, the bitter are fed-up with the commercialization of Christmas, but instead of fueling their energies toward good (whether sincere or not), they just hate the whole damn holiday. The bitter begin their complaining right after Halloween when they start seeing Christmas decorations for sale in the store. “I can’t believe it!” They grumble. “Christmas decorations already! Whatever happened to Thanksgiving?”

If it weren’t for those living in their household, they swear they wouldn’t even have a tree, and they make sure all decorations come down promptly on Dec. 26th. 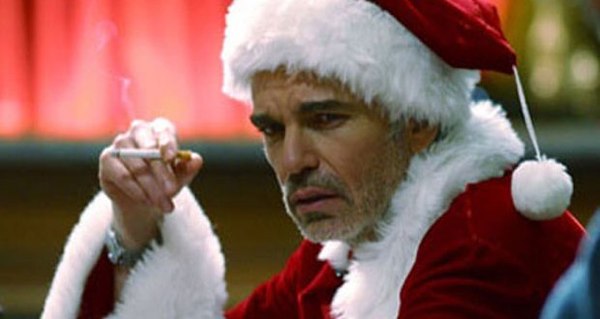 Deep down, the I-can’t-wait-to-get-out-of-here individual is much like the indifferent person (and wishes he could be the inebriator), only he’s polite enough to at least fake interest in the festivities. You’ll notice him casually pushing activities along trying to expedite the evening. For instance, while everyone else is still enjoying dinner conversation, he’ll say, “Sooo, let’s get this present thing started.” Or, once the presents are unwrapped and paper and bows are littering the floor, he’ll be the first to grab the trash bag and start picking up the gift-giving carnage. It may look like he’s being helpful, but he’s really trying to clean up the mess, so the party can come to an end.

He’s always the first to leave and gathers up his kids and newly acquired presents with haste, not really caring if he leaves either behind.