High-profile killers are served justice when caught, but what happens to the children of these monsters in the wake of their atrocities?

When we read and hear stories of infamous murderers, we naturally become fixated on the perpetrators and their stories. It’s not often that we stop to think about how the children of these dangerous criminals might have been affected by their coldhearted acts. Here are ten people who live in the shadow of a parent’s fatal deeds and what became of them in the aftermath. 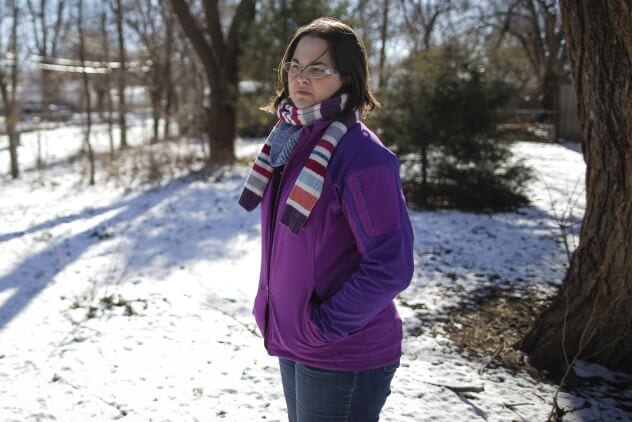 Kerri Rawson is the daughter of Dennis Rader, the BTK killer, who committed ten murders between 1974 and 1991. After his arrest, Rader pleaded guilty and was sentenced to ten consecutive life sentences. Rawson came into the spotlight in 2014, when she gave an interview criticizing author Stephen King. King had written a short story based on the BTK murders, entitled “The Good Marriage,” which later became a film. Rawson was the first of the BTK killer’s family members to give a public interview after his capture in 2005.

Rawson says that she and her mother hadn’t known about the killings until her father was arrested. An FBI agent showed up to her home in Detroit to deliver the news.[1] She says that she and her husband were in shock and had to deal with reporters hounding them. Over the next few years, Rawson coped with her father’s actions with the help of her church and a psychologist. She lives in Michigan with her husband and two children. 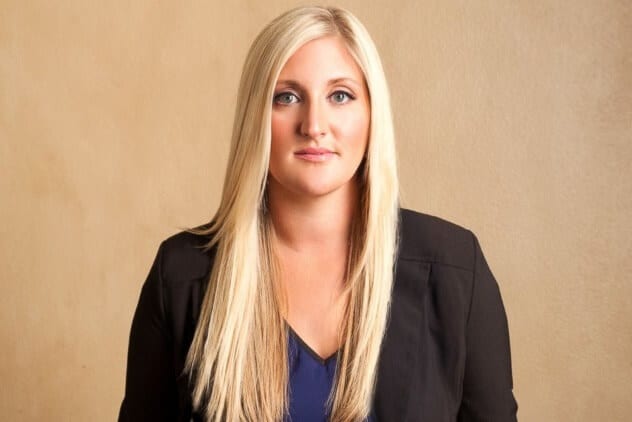 As the daughter of the notorious Happy Face Killer, otherwise known as Keith Jesperson, Melissa Moore still struggles with the ripple effects of her father’s crimes. From 1990 to 1995, Jesperson murdered eight women from around the US while working as a long-haul truck driver. He would then write anonymous letters to police and media outlets detailing his crimes, letters which he would sign with a happy face.

The murders remained a mystery until he turned himself in in 1995, when Moore was 15 years old. Though she couldn’t have imagined that her father was a murderer, she says that she always knew that there was something dark about him. In a BBC article, she stated that her father would make her uncomfortable by openly talking about his sexual life and was often lewd in his flirtation with women. Now a mother herself, Moore still struggles with how to tell her children why their grandfather is absent from their lives. She said in a 2015 interview with ABC News that there are no instructions on what to do if your father is a serial killer.

Moore has made it her mission to help the families of serial killers to heal their wounds. She wrote a book about her story entitled Shattered Silence: The Untold Story of a Serial Killer’s Daughter, which led to her become a sort of advocate for relatives of serial killers who are seeking answers and closure. In 2016, she began hosting a cable network show called Monster in my Family, which examines the stories of these people, whom she calls “secondary victims” of serial killers.[2] Her father is currently serving three consecutive life sentences in Oregon State Penitentiary. 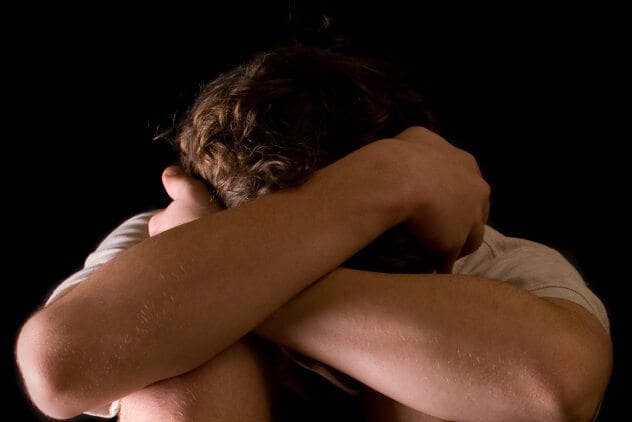 Today, Michael Kallinger’s life is the tragic result of a son following in his father’s footsteps. Michael’s father was Joseph Kallinger, a diagnosed schizophrenic who suffered extreme abuse as a child at the hands of his foster parents. In 1974, his son, Joseph Jr., was found dead in an abandoned building. Two weeks prior, Joseph had taken out a life insurance policy on his sons. The insurance company suspected foul play, so he never saw any money from the policy. Kallinger would later be found guilty of his son’s murder.

That same year, Joseph took Michael on a crime spree across three states. Together, he and the 15-year-old committed rape, burglary, and murder, gaining entry into peoples’ homes by posing as salesmen. An eyewitness testimony, along with a bloodstained shirt that was traced back to the Kallinger home, lead to both of their arrests.

Though the elder Kallinger pleaded insanity, he was declared sane by the jury and also guilty of three murders, assault, burglary, and contributing to the delinquency of a minor. Michael was said to be under his father’s control. The two murder charges against him were dropped in exchange for his confession. Michael was placed on probation until his 25th birthday. After the probation ended in 1982, he changed his name and started a new life for himself. Joseph Kallinger died of a seizure in 1996.[3] 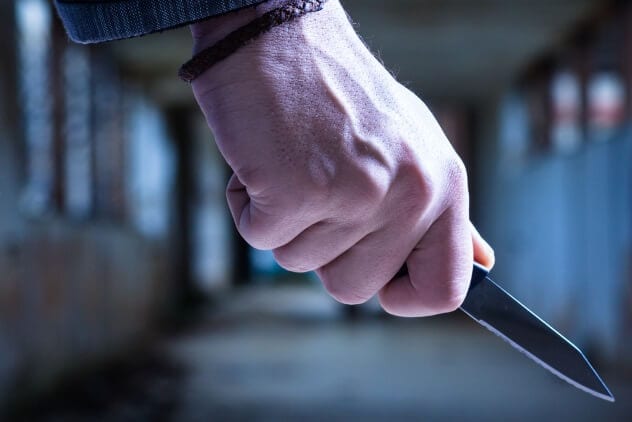 Nicknamed “the Rostov Ripper,” Andrei Chikatilo was a Soviet serial killer responsible for sexually assaulting and murdering over 50 people. Although he lived an outwardly normal life with his wife and two children, he committed acts of rape, murder, and mutilation that spanned 12 years. He was considered a “necro-sadist,” someone who is sexually fulfilled by the death and suffering of others. He was arrested in 1990 and convicted on 53 counts of murder. He was executed in 1994.

Chikatilo’s son Yury adopted his mother’s surname Odnacheva as an adult. He’s had multiple run-ins with the law, including convictions for theft and extortion. In 2009, he was arrested on attempted murder charges for stabbing a man multiple times.[4] 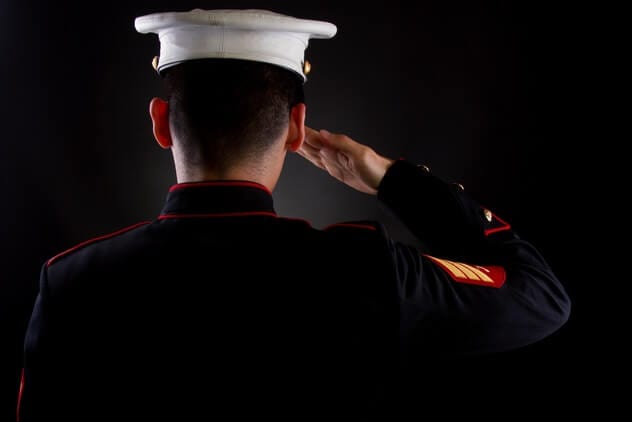 Gary Ridgway was notorious for murdering 49 women in the state of Washington before his capture in 2001. He earned the nickname “Green River Killer” because he dumped most of his victims’ bodies near the banks of the Green River. Ridgway often solicited prostitutes, who comprised many of his victims. He received multiple life sentences in prison after being convicted.

Ridgway’s son Matthew said in a 2003 interview that his father had been just a regular dad. Although he wasn’t a constant presence in his son’s life because of a divorce, he would show up for soccer games and taught Matthew how to ride a bike. He never knew of his father’s murder spree, although his dad would sometimes show victims his son’s picture or his bedroom to put them at ease.

Matthew was a 26-year-old Marine stationed at Camp Pendelton near San Diego when his father was first arrested. At the time of his last public interview in 2003, he was living in California with his wife.[5] 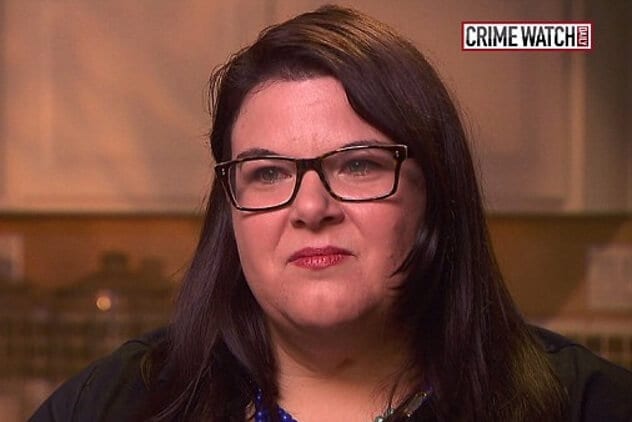 In the early 1980s, Michael Carson and his second wife Suzan became known as the “San Francisco Witch Killers.” Together, they got heavily into drugs, mysticism, and the counterculture of San Francisco’s Haight-Ashbury district. The couple came to believe that they had a God-ordained mission to eliminate those they deemed to be “witches.” They killed three people before they were caught and confessed in 1983, though they never showed any remorse for their crimes.

Michael’s daughter Jenn was nine years old when her father went to prison. She says that at first, she didn’t cope well with what her dad did, struggling with depression and an eating disorder in her teens. She now works as a child and adolescent counselor to young people whose parents have been sent to prison.[6] She’s also made efforts to reconcile with the families of her father’s victims. 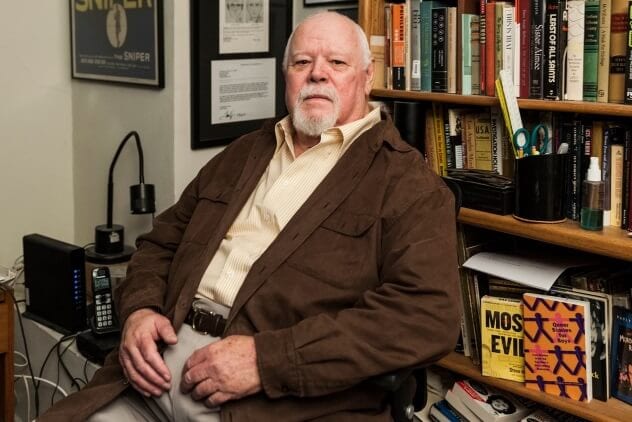 On January 15, 1947, a woman taking a walk with her daughter stumbled upon a gruesome scene. The dead body of a woman lay naked, badly mutilated, and cut in half at the waist. The deceased was later identified as Elizabeth Short, an aspiring actress who had moved to Los Angeles to try her luck. She was posthumously given the nickname “the Black Dahlia.”

While the case remains officially unsolved, former LAPD police officer Steve Hodel believes that his father, George Hodel, killed Short and others, as Hodel topped the LAPD’s list of suspects at the time. Steve says he never got the idea that his father might possibly be a murderer until after his death in 1999, when Steve found a picture of the Black Dahlia while going through his father’s possessions.

Now 74 years old, Steve has spent over a decade cataloging evidence that his father was the Black Dahlia killer. He published his first book, Black Dahlia Avenger: The True Story, in 2003, and it went on to become a New York Times bestseller. Steve’s investigation is also the only one that the DA’s office has officially recognized.[7] Steve now lives in Los Angeles with his girlfriend, Rebecca. 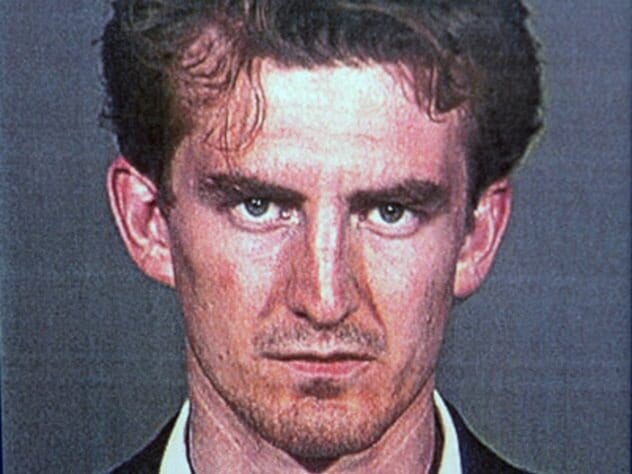 Sometimes instead of hiding their life of crime from their kids, cold-blooded criminals will instead get their children involved. That was the case with Sante Kimes and her son Kenny. Kenny’s parents were both con artists who traveled the country committing heists. It wasn’t until after Kenny graduated college that he was told that his father had died mysteriously. He took up his father’s mantle, embarking on a dangerous crime spree with his mother that claimed the lives of three people.

In 1998, Sante and Kenny murdered Irene Silverman, a New York socialite, in her Upper East Side apartment. They were tried and convicted in 2001. Kenny later agreed to testify against his mother in another murder case in order to avoid the death penalty. They both received multiple life sentences.[8] Kenny is serving his time at Richard J. Donovan Correctional Facility in San Diego. 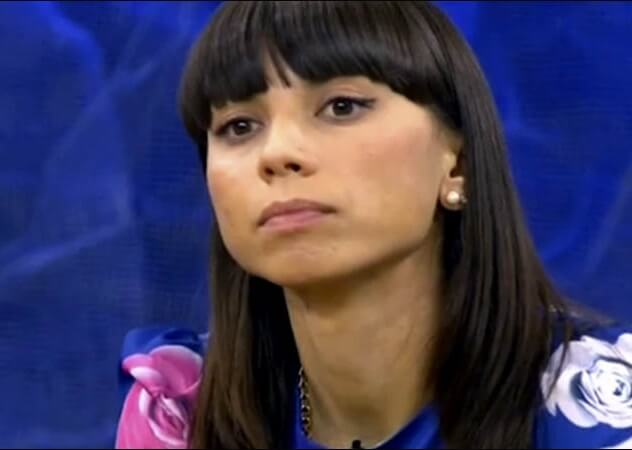 In the beginning, if you asked the wife and daughter of former Russian policeman Mikhail Popkov if they ever imagined him a murderer, they would say certainly not. In a 2015 interview given shortly after his arrest and conviction, the two women insisted on Popkov’s innocence. This was despite a mountain of evidence and a court confession that he killed and mutilated several prostitutes between 1992 and 2000. Nicknamed “The Werewolf,” Popkov was serving multiple life sentences for the murder of 22 women at the time of the interview.[9] In 2017, dozens of Popkov’s confessions were published in a local Russian newspaper, including that he had killed one of his daughter’s teaching colleagues.

Their daughter, Katya, at first insisted on her dad’s innocence, since she had always felt safe with her father and was very much a daddy’s girl. Today, she is a schoolteacher, married, and expecting her first child. It appears she’s beginning to accept the truth about her father; she’s consulted with a psychiatrist on whether or not her baby could possibly inherit her father’s “maniac traits.” 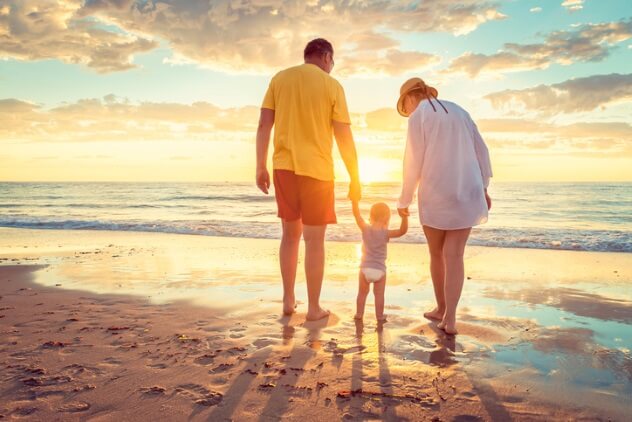 Charles Manson’s name is synonymous with control and murder, but he was also a father to multiple children. He and the members of his group were very open sexually, and Manson even encouraged the female members to get pregnant. Children born into Manson’s “family” were always the center of attention.

Manson himself has admitted that he doesn’t know exactly how many biological children he has. He had at least two by two different women before forming his cult, and he frequently had sex with the female members. At least three of his biological children have been confirmed (not including his oldest son, who committed suicide in 1993). He had a son with cult member Mary Brunner, whom they named Valentine. He was sent to live with Brunner’s parents when he was 18 months old. They fought for and gained custody of the child and raised him as their own.

He now goes by the name Michael Brunner and mostly keeps a low profile. His last interview was in 1993, in which he credited his grandparents for giving him a stable upbringing and revealed that he had a son with his longtime girlfriend. He also said that he has never felt any real connection with his biological father. Currently, his whereabouts are unknown.[10]

Read more about the family members of infamous monsters on 10 Baffling Wives of Serial Killers and 10 Offspring Of Evil Dictators Who Were Seriously Messed Up.

10 Gruesome And Dreadful Murders By Drowning