There is a fine line between a good book and a great book. In some cases it might only take one chapter to completely destroy what could be a classic work of literature. Below are ten books—not all necessarily classics—that might have been unknown if it were not for wise editorial decisions or difficult choices made by great authors. These books have one thing in common: they are not what was originally intended. 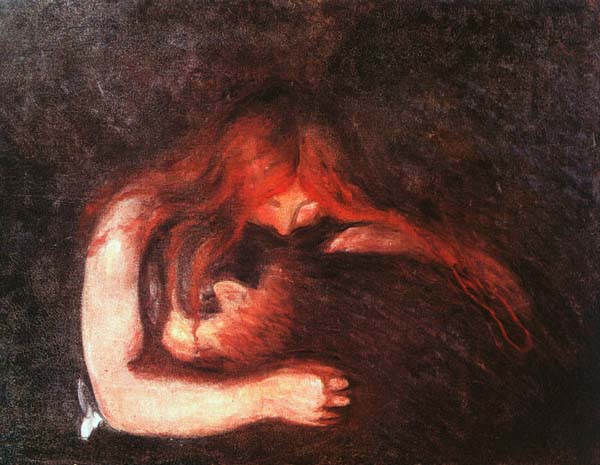 Bram Stoker’s iconic novel is by far the most influential horror book. But what many don’t know is that the final chapter was taken out by Stoker at the last minute. In the deleted chapter, Dracula’s castle falls apart as he dies, to hide the fact that vampires were ever there. But, either wanting to possibly write a sequel or being mindful that it would echo the ending of Edgar Allan Poe’s Fall of the House of Usher, he dropped it. So, rather than becoming known as “that guy who copied Poe,” Stoker has gone down in the annals of history for having penned one of the greatest works of horror literature.

9
The Picture of Dorian Gray 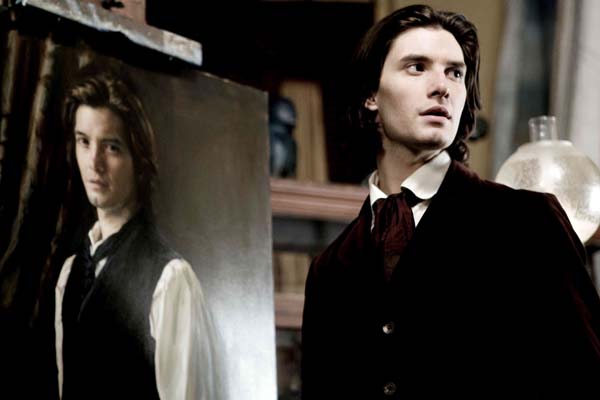 When Oscar Wilde showed this book to his editors in 1890, it caused a big stir. Particularly the many homoerotic passages that were not socially acceptable in Victorian England.

The editors told Wilde to add seven new chapters to dilute its effeminacy. He was also told to take out all parts alluding to “grubbing muck-heaps”—Victorian for “man-on-man action.” While the final book was selling like crazy, Wilde was sent to jail for his sexual tastes.

The Picture of Dorian Gray may have been the first popular book to address homosexuality if it were not harshly edited. It was so widely read and loved that it could have paved the way for tolerance and acceptance of homosexuality earlier in history. 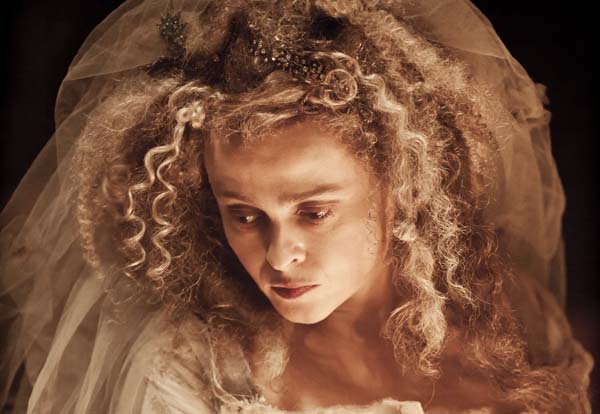 Great Expectations—one of Charles Dickens’ most notable works—tells the story of an English lad named Pip, as he grows in age and maturity. In time he helps criminals, finds love, and watches old widows burn to death. He doesn’t ultimately see his great expectations come to fruition. In the end, Pip meets his old love. They embrace and depart as friends.

Dickens originally had a slightly different ending envisioned: A bitter Pip meets his severely stressed out and depressed old love. Her husband has recently died and Pip has just lost all his money. Pip says he never could have had her and he sees they both have dark hearts. In this version they part ways on very unfriendly terms.

When Dickens showed this version to friends, they found it too sad and depressing, so he switched it out. His friends obviously felt that reading about an old lady burning to death whilst still wearing the wedding gown she wore the day she was left standing at the altar was not so depressing.

7
Harry Potter and the Deathly Hallows 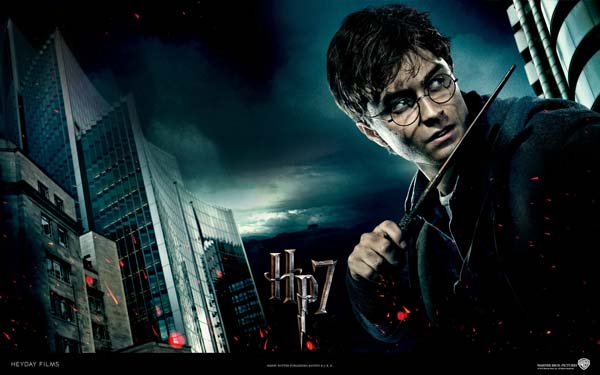 J.K. Rowling considered two possible endings for Harry Potter and the Deathly Hollows. In the end she chose the version we all know: Voldemort dies and Harry saves everyone. The alternative ending was not so happy. Instead it is implied that Voldemort may have lived on as a statue in the grounds of Hogwarts.

Furthermore, Harry, now the headmaster of Hogwarts and an old man, wipes everyone’s memories of Voldemort and it is implied that Harry’s own great-grandson is to be the next great dark wizard. Rowling never intended for this to become public knowledge but her friend (the only one who knew about it) leaked it to the Internet. 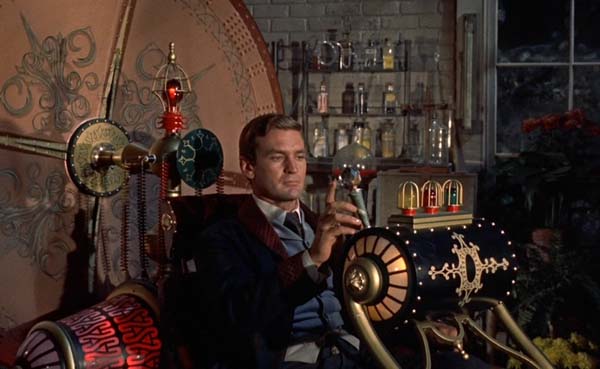 The Time Machine, by H.G. Wells, was one of the first Science Fiction novels. In the book, a Victorian Englishman invents a time machine and travels 800,000 years into the future. He discovers that man has become two distinct species: The small, pinkish Eloi (ruling class), and Morelocks (hairy underdogs). After much adventure, he travels back to the present day (around 1894).

During the editing stage of the book, wanting more of “the ultimate degeneracy [of man],” Wells’ editor ordered an extra chapter to be written. Wells was compelled to write a new plot in which the traveller visits the distant future of the Eloi and Morelocks. He discovers an evolved form of the Eloi which he kills because he doesn’t recognise it.

Wells was not happy with the addition and after much argument it became a deleted chapter. For the curious, the cut text is available in print as The Grey Man. If undeleted, the public could have hated the book, spelling doom for the whole genre. 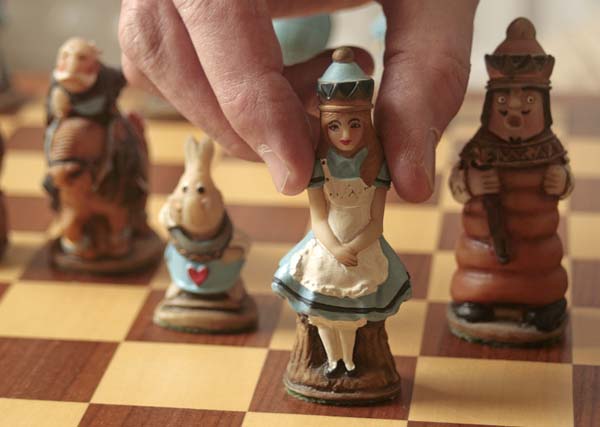 In this sequel to Alice in Wonderland, Lewis Carroll decided to out-do Alice and write an even better book than the first: Through the Looking-Glass. This second book was based around the game of chess which helped make that popular. It also inspired Alice in Wonderland imagery that isn’t found in the first book. But there was one chapter that had to be cut.

Carroll’s illustrator was used to styling weird imagery for him, but one drawing was too much—a wasp in a wig. Try as he might, there was no way he could draw it. As a result Carroll dropped it and wrote around the character. Many of the characters ultimately influenced popular songs, such as “I am the Walrus,” by obscure British band the Beatles.

4
The Autobiography of Malcolm X 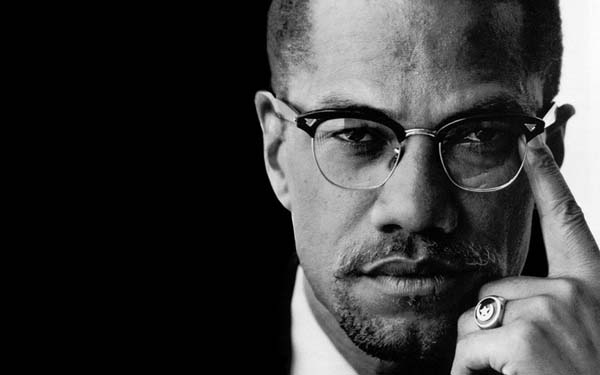 The Autobiography of Malcolm X has been described as one of the most important books of the twentieth century. It is curious, then, that three of the chapters were removed and that those three chapters have been called “the most impactful.” They were written during the last months of Malcolm X’s life and they show his disillusionment with the struggle for civil rights as well as his personal struggle with depression. He is also shown to be wary of his own death.

The chapters were removed to give the book a more optimistic ending so that, despite the threats against his life, his message would prevail. It is bittersweet noting that he died shortly after this, but had the missing chapters remained in the book, his cause may not have had such enduring impact on American society. 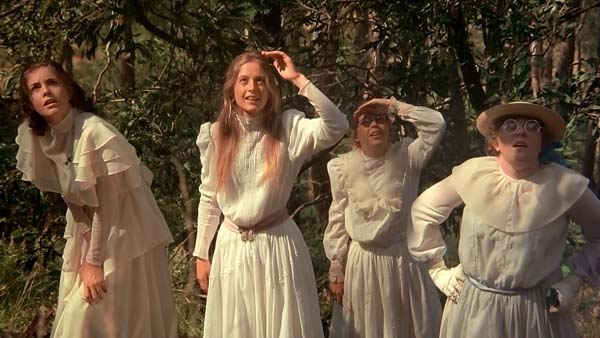 Picnic at Hanging Rock is one of Australia’s greatest novels. In the book, a group of school girls disappear while climbing Hanging Rock. One girl mysteriously returns with no memory of what happened. Soon, the whole town suffers from mysterious events, deaths, and fires. In the end the mystery is not revealed and the book simply describes the events and demise of the town.

Joan Lindsay, the writer, wrote an ending that explained the fate of the girls, but the editor told her to drop it. By climbing the rock, the children go into a trance and discover a hole in time. Three of the girls enter and are turned into crabs—yes, really—while the fourth girl (the one who returns) is stopped by a falling rock. It was all meant as an allusion for white and Aboriginal tension.

Picnic at Hanging Rock was seen as a true story—the Blair Witch of its time—with many readers and filmgoers believing the whole thing to be real. The deleted chapter would have revealed its fictional nature, destroying its power and allure.

2
Charlie and the Chocolate Factory 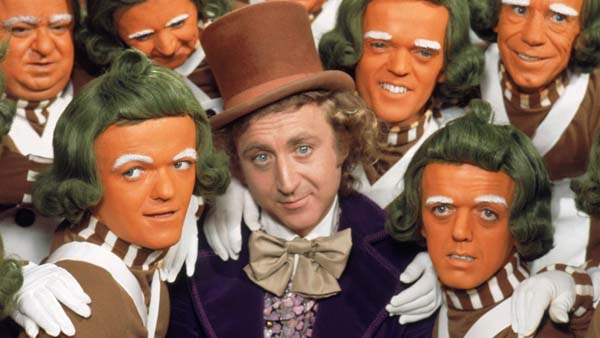 Charlie and the Chocolate Factory is Roald Dahl’s most famous work, spawning a sequel, a great movie and a horrible, twisted movie. The story has five competition winners going on a tour of Willy Wonka’s chocolate factory, with four meeting ironic punishments and the virtuous one winning out. But the original version had several more children in it, and after reading the cut chapter devoted to the last deleted character, you have to wonder why Dahl was not sent to an insane asylum.

The chapter entitled “Spotty Powder” introduces Miranda Piker—daughter of a Principal—who is devoted to her studies. Both she and her parents are enraged after learning that Wonka has made a machine to create “Spotty Powder,” a cereal mix-in that causes a child to get red dots on their face for an hour, letting them skip school. So furious are they that they rush in to sabotage the machine. That’s when the screaming begins.

Wonka tells Piker’s mother that they are to be ground up into Spotty Powder themselves. He then—in his characteristic way—tells her he is joking and the Oompa-Loompas escort them out. But barely any time passes before the Oompa-Loompas start singing about how Miranda’s friends at school will like how she tastes. 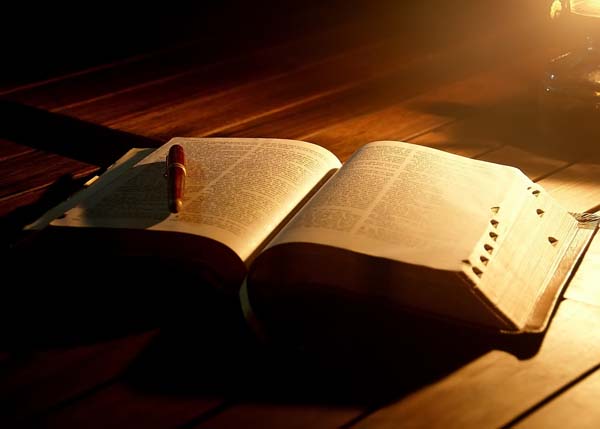 The Bible comes in many variations with some books omitted or added. But, in general, the versions tell the same tale. In the past, however, a large number of books were excluded that would have completely altered its meaning. These were the Gnostic Gospels, and they turned out to be excluded for pretty damn good reasons.

Take the Gospel of Mary. It calls women to a more active role in the Church and is the only book to call Mary Magdelene a prostitute—truly. The Gospel of Thomas bad mouths Saint Peter and says Saint Thomas was Jesus’ go-to guy.

Other deleted gospels go on to dispel pretty much all beliefs of christianity. The early Church, at the Council of Nicaea in A.D. 325, took one look at these and said a resounding “no!” and tossed them. Since the bible has influenced pretty much everything, it can be safely said that these books would have changed history as we know it.