In almost every culture there is a belief that the dead should be honored, be it out of respect or a fear of ghostly retribution. In some cultures there are holidays set aside specifically to commemorate the dead, which vary from reserved veneration to a killer party. Here are ten festivals or holidays for honoring the deceased from across the world.

SEE ALSO: 10 Unusual Death Rituals From Around The World

10
All Souls’ Day and All Saints’ Day 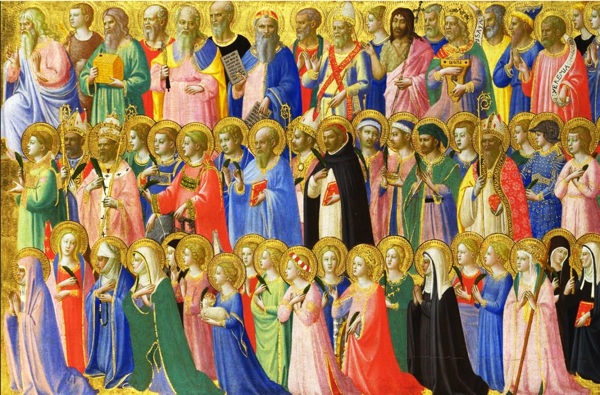 All Saints’ Day and All Souls’ Day are religious holidays observed primarily in the Catholic Church. They are celebrated on the first and second of November directly following All Hallows’ Eve, that most sacred of holidays when parades of costumed kids celebrate by asking you for candy.

Considered a national holiday in many countries, All Saints’ Day has roots in early Catholicism as a festival to honour unknown saints and martyrs. The day after this—All Souls’ Day—is a more solemn holiday during which people commemorate the souls that are now in Purgatory. The prayers of the living are said to help speed the burning of minor sins in the purgatorial flames, and to help sanctify souls for the entrance into Heaven. 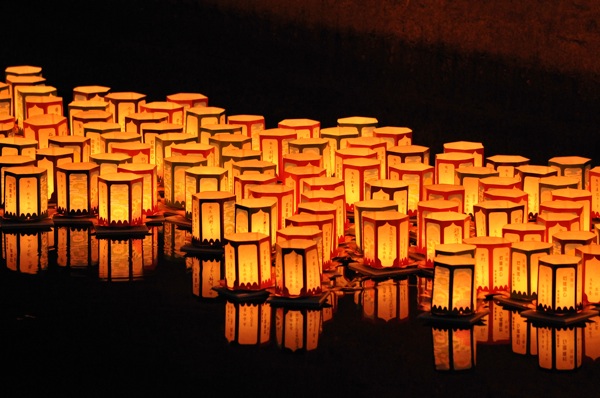 This festival has been celebrated in Japan for over 500 years and is meant to honour and commemorate dead ancestors. It is a Buddhist custom that lasts for three days, most commonly celebrated on the fifteenth of August. Bon festival is not a solemn time. It often involves fireworks, games, feasts, and dances, including the Bon Odori, which is danced to welcome spirits.

The festival originates from a legend in which a man asked Buddha for help when, while meditating, he saw that his deceased mother was trapped and suffering in the realm of Hungry Ghosts. Buddha advised the man to pay homage to the monks who had just finished their summer meditation. The man did so and he saw the release of his mother. Overjoyed with the outcome he (naturally) broke into dance. 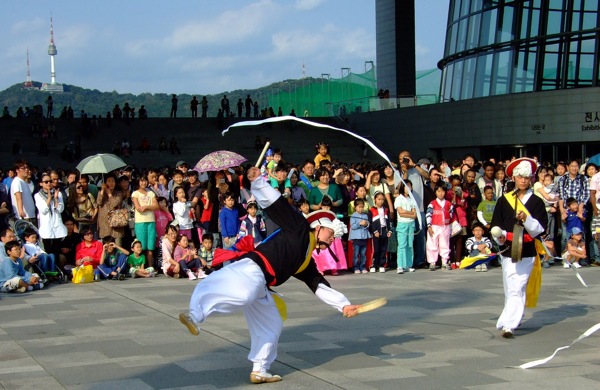 Chuseok is a major festival and three-day holiday in South Korea, celebrated to give thanks to dead ancestors for an abundant harvest. During this holiday, Koreans make their way back to their ancestral home to perform rituals early in the morning including the preparation of a special kind of rice cake called a Songpyeon, which is left out for (and presumably eaten by) dead ancestors.

The rest of the day is marked by feasts, memorial services called Charye, and visits to clean the tombs of dead family members. Paying respects to one’s ancestors is an important part of this festival that spans three days and includes much celebration, eating, dancing, and drinking.

As Chuseok has roots predating the division of Korea, it is also observed over the border. In North Korea it is celebrated by visits to ancestral grave sites for those who can obtain the appropriate travel certificates, as well as the paying of respects to their former “Dear Leader” Kim Jong-il. 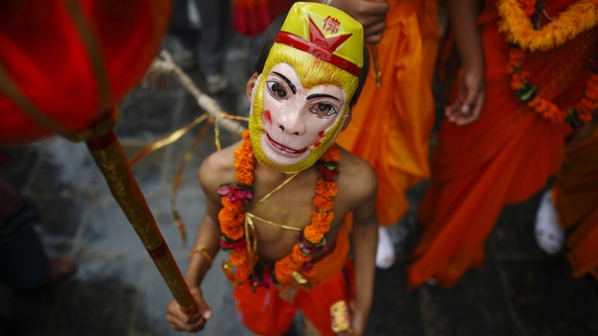 Gaijatra, also called the Festival of the Cows, is an eight-day festival celebrated in August and September in Nepal. During the celebration a procession of cows is marched through the center of town, led by family members who have lost a loved one within the last year. Unless—of course—a cow cannot be found, in which case a boy dressed as a cow will suffice.

Cows are considered holy in Hinduism, and it is thought that the cow can help guide the recently deceased to the afterlife. Gaijarta is a light-hearted celebration of death, meant to help people accept death as a reality and to help ease the passing of those who have died. 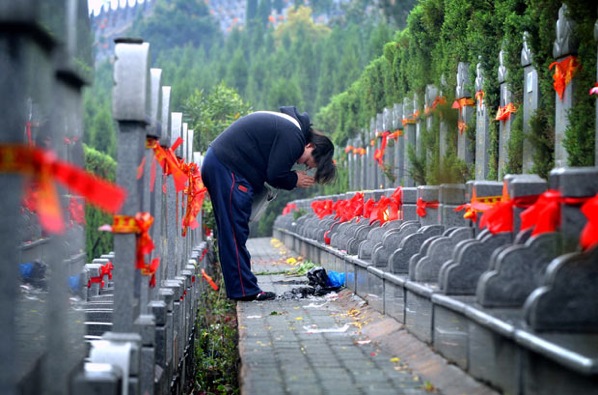 Qingming, also called Ancestors Day or Tomb-Sweeping Day, is a Chinese national holiday celebrated in mid-April when families go to the tombs of their ancestors and give them a jolly good clean.

They also offer things like food, tea, and joss paper—thought to have great value in the afterlife. It is said to date back to A.D. 732, from the reign of Tang emperor Xuanzong. The emperor is said to have declared that there were too many extravagant celebrations of ancestors, and that such celebrations should be reserved only for Qingming.

The festival is often also used to pay respects to people who have died during significant events in China’s history, such as Tiananmen Square.

5
Pitru Paksha (Fortnight of the Ancestors) 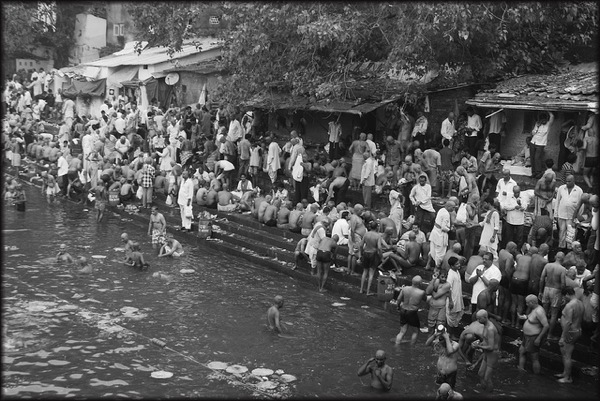 This Hindu tradition is a fifteen-day period during the Hindu month of Ashwin where a person remembers their ancestors, particularly through offerings of food.

In Hindu mythology, when the soul of deceased warrior Karna reached heaven, he found nothing to eat but gold. Feeling peckish, Karna asked the lord of heaven—Indra—where the pantry was. Indra told Karna that he could only eat gold because he had never offered food to his ancestors while he was alive. After some discussion, Karna was permitted to return to earth for fifteen-days to make amends and give food and water.

Offerings are made to all the deceased, as well as daily death rituals completed by priests. If the proper rituals and offerings are received and accepted by the ancestors, they will bestow wealth, health, and salvation. 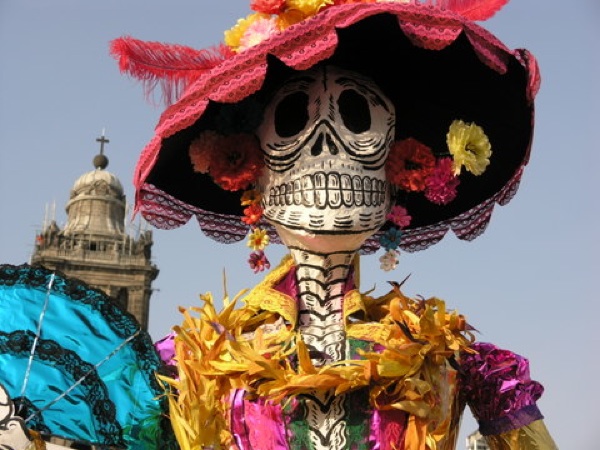 The Mexican cousin of All Saint’s Day and All Souls’ Day, the Day of the Dead is also observed on the first and second of November. It is probably the most recognisable of the holidays on this list, due to its associated imagery of grinning skeletons, happily re-appropriated for the decoration of Mexican restaurants the world over. Day of the Dead is most widely celebrated in Mexico, where it is a national holiday, but is also observed in countries such as the Philippines, and the United States.

Day of the Dead has its origins in an Aztec harvest celebration, where a month-long observance was overseen by the Goddess Mictecacihuatl—the Lady of the Dead. Although it falls near Halloween on the first of November, the imagery associated with El Día de los Muerto is not meant to be ghoulish, instead it is intended to be a grand celebration of the deceased. Masks are worn and there is much feasting, singing, and dancing. 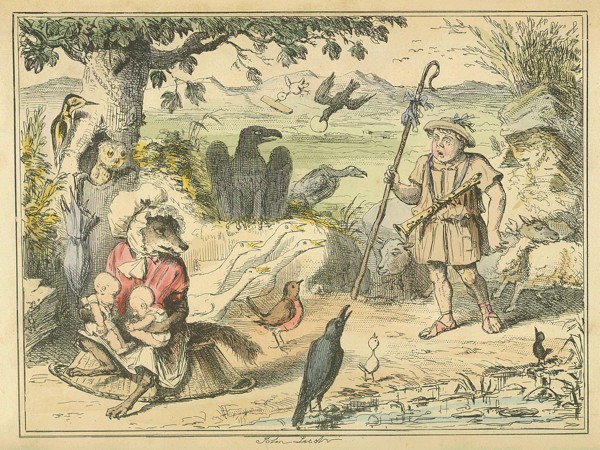 Other festivals on this list are about celebrating the dead or helping souls pass into heaven. Lemuralia, also called Lemuria, was a festival observed in ancient Rome to banish malevolent spirits of one’s ancestors from one’s house.

To cleanse the house, the head of the household had to wake at midnight and wash his hands three times. Then, while walking barefoot throughout the house, he would throw black beans over his shoulder nine times while chanting, “haec ego mitto; his redimo meque meosque fabis.” This translates to, “I send these; with these beans I redeem me and mine.”

The ritual was said to have been started by Romulus to appease the spirit of the twin brother Remus that he had killed for jumping over a wall. 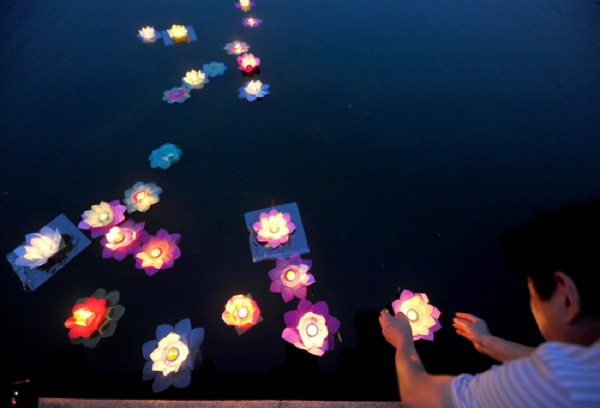 The Ghost Festival, also known as the Hungry Ghost Festival, is celebrated by the Chinese on the fifteenth night of the seventh month in the Chinese calendar. During the whole month, regarded as Ghost Month, it is believed that ghosts and spirits are able to exit the lower realm. For one day specifically, these spirits are given a full-day pass to pop in to visit their living descendants. For both Taoists and Buddhist this is seen as a solemn festival, and a day to ease the suffering of the deceased.

Throughout the month there are offerings made to the deceased and places are set at tables for dead members of the family. The burning of joss paper or paper money is also important during this festival. After the festival, to ensure the hungry ghosts have directions, people light water lanterns in the shape of a flower and float them in lakes or rivers to help lead spirits back to the underworld.

1
Famadihana (Turning of the Bones) 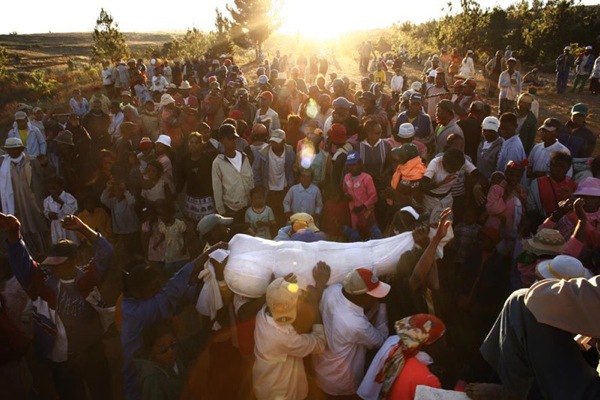 Madagascar doesn’t have a specific holiday for honouring the dead, but they have an interesting take on it to be sure. Every Winter the Malagasy people of Madagascar participate in something called famadihana, when tombs are opened and the corpses are removed, to be wrapped in silk and carried around the tomb to live music.

This tradition stems from the Malagasy belief that the spirit of the dead cannot fully go to the land of the ancestors until the body is completely decomposed. As such, every seven years the body is removed, re-wrapped, and put back into the tomb with a proper party. This celebration brings together extended families and is a chance for an entire family to pay respects to the dead.