This list looks at some of the most hostile places around the world that, despite the odds of nature, humans manage to live in. From frozen wasteland, to untouched jungle to active volcano—you name it, you can bet someone lives there. 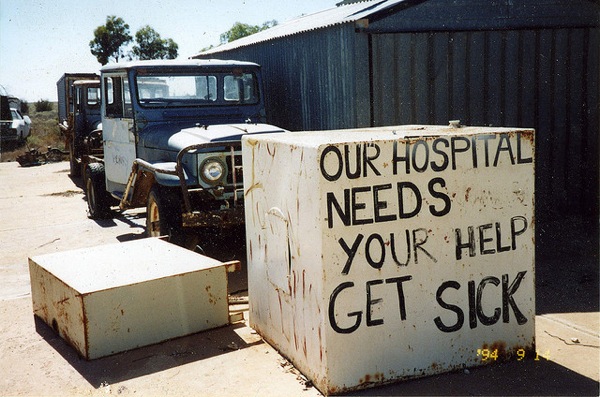 Cook was built in 1917 as a railway station for trains to refuel on the longest stretch of straight railway in the world—297 miles (478 km), in the heart of the country’s desert outback about 513 miles (826 km) from the nearest town of Port Augusta.

There is one functioning shop in Cook which only opens when a train is scheduled to refuel there, but with the privatization of train companies this is required less and less of the town which instead provides emergency overnight accommodation to train drivers and holds medical equipment in case of a train accident.

Cook is a hot and arid place, and previous attempts at growing trees and vegetables have all been failures, meaning all food supplies must come by train. Water was once pumped from underground when the town was active, but now with only four residents to call the place home water is also delivered via the train, meaning life in the area would otherwise be completely unsustainable with its lack of food, water and natural materials. 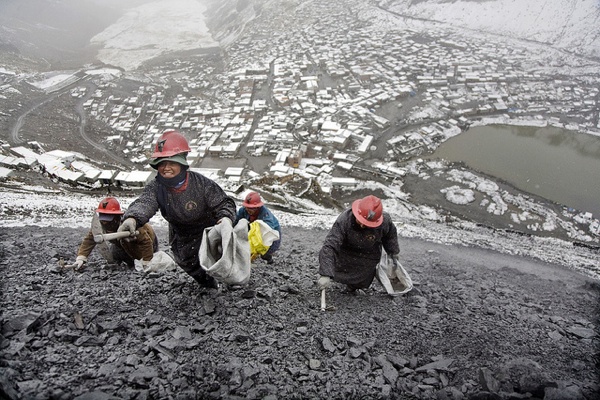 La Rinconada is generally known as the highest city in the world, located in South America’s beautiful Andes Mountains. This shanty mining town is built upon a glacier (of all the landforms to build a town upon!) 16,700 feet (5,100 m) above sea level. Those wishing to journey to La Rinconada must endure perilously narrow roads, freezing conditions and unavoidable altitude sickness.

It is said that most people do not live in La Rinconada for very long because of its incredible remoteness, but that the lure of gold continues to attract the impoverished from all corners of South America, keeping the little town alive and functioning. 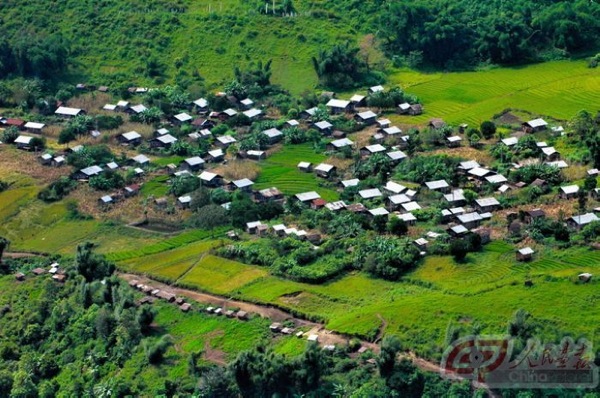 Motuo is a jungle of 11,700 square miles (30,550 square kilometers) on the Southern side of the Himalaya Mountains. Being the only Chinese County with no road or highway access travelers must leave on foot from nearby villages and trek over a suspended footbridge to access the mysterious county, which can take up to four days to reach.

Thirty years ago there were attempts to build a highway into Motuo. This highway lasted two days before landslides and the unpredictable nature of the wild forest consumed the construction.

Although the county abounds with fresh fruit during good seasons and wild animals, there is no access to preserved food when crops do not prosper, and there is also no access to medical treatment within the area, making this isolated location a hard place to live. Luckily labor carriers transport medical and food supplies into the region, facing the rain, mudslides, dense forest, leeches, and poisonous insects via motorbikes, making life for the approximately 10,000 natives of Menba and Luoba ethnic groups possible. 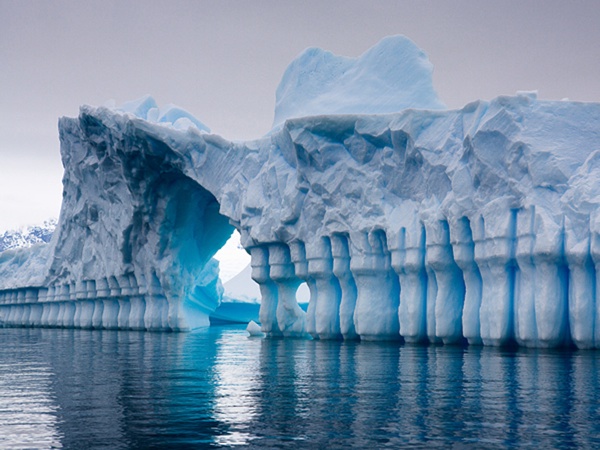 Antarctica is no doubt one of the harshest places that a person (or penguin) could call home. Ninety-eight percent of the continent consists of ice and is in complete darkness for six months of the year. There is no natural food supply (for humans), no naturally found materials like trees or stone for building, and below freezing temperatures that can kill. Not surprisingly, there are no native peoples of the Antarctic.

However from the 1800s, many scientists and researchers have spent months living on the frozen continent for the sake of research. They have built bases from imported materials and receive supplies from cargo ships. Today there are over sixty-five research stations in the Antarctic with many being manned all year round by various personnel. The population of Antarctica ranges from 4,000 in summer and 1,000 in winter with 40,000 summer tourists. 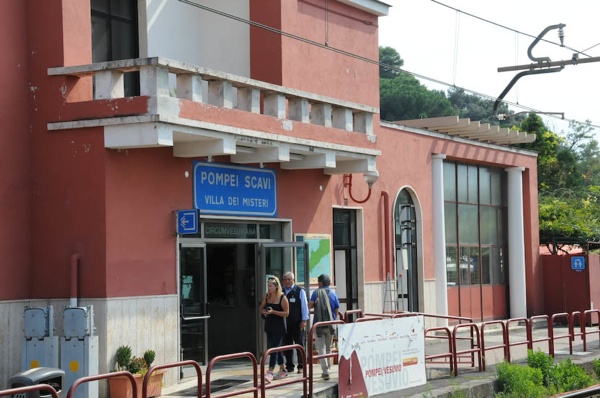 Pompeii is one of the most famous archaeological sites in the world, if not the most famous. After the nearby volcano Vesuvius erupted in A.D. 79, the city of Pompeii, along with its neighboring town, Herculaneum, was completely coated in lava which killed everyone present. The lava preserved people and buildings, giving historians and archaeologists unprecedented insight into everyday Roman life. It also showed that the town had been victim to earthquake and volcanic activity many times previously.

It was due to the fertile soil of the lands surrounding Pompeii that people continued to live in the area, and about 25,671 people still do to this day. Pompeii is a town clearly not meant for people to live in—especially considering that since the ancient eruption there have been two more fatal volcanic explosions: one in 1906 which saw one hundred people killed, and another in 1944 which saw three small towns wiped out. Future catastrophes are expected. 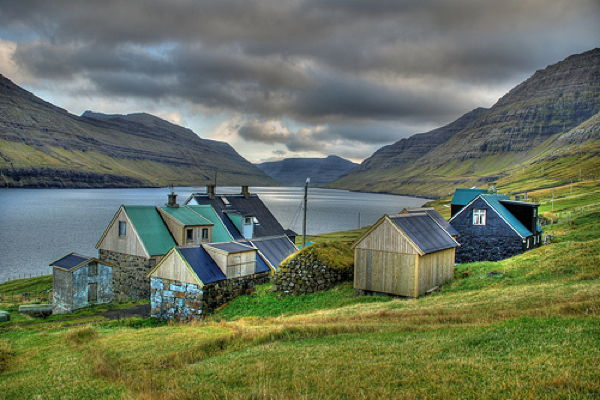 Múli is a tiny town located on the Faroe Islands (halfway between Iceland and Norway) with a total population of four. The Faroe Islands are renowned for unpredictable weather, torrential rain, fog, snow, and windstorms that crop up at all times of the year. The landscape surrounding Múli is bleak, with little vegetation or natural materials for people to thrive on. This meant that supplies had to be flown in via helicopter or delivered by boat from larger towns until 1989 when a connecting road to Norðdepil was built.

During summer, Múli experiences twenty-four hours of daylight, and in winter most of the day is dark. This, combined with being 430 miles (691 km) from the mainland of Iceland, made life very hard for the residents of Múli, who only received electricity in 1970. But by this time the majority of people had left the area, leaving the remaining four residents alone in a desolate ghost town. 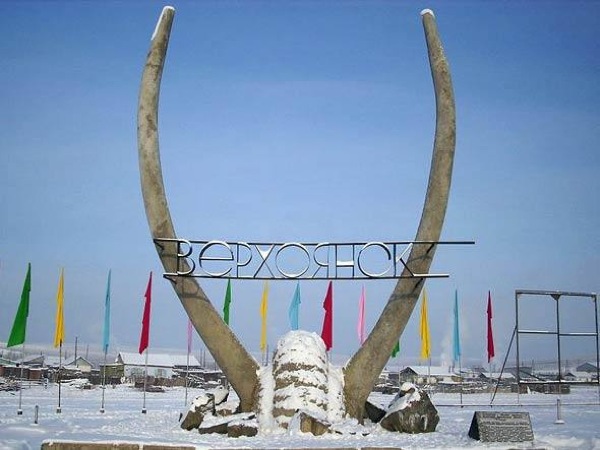 Verkhoyansk is considered the coldest city in the world by local residents, of whom there are about 1,500. Considering that -40–50°F (-4–10°C) is a typical winter day for these people it’s not hard to imagine why they would claim this title.

The fact that this area was once used by tsars—and later Soviets—as a place of exile gives a good indication as to the quality of life expected there. Its main water supply, the Yana River, is frozen solid most months of the year and there is an average of five hours sunlight a day between September to March. Little local industry besides reindeer farming exists, and the city relies on its airport and river port for supplies necessary to survive the otherwise impossible conditions. 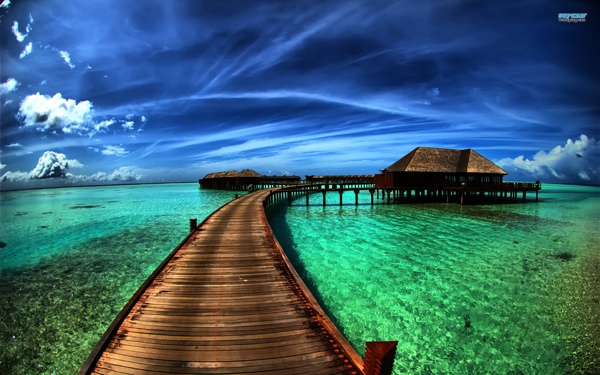 The Maldives are a collection of tropical Islands that lay southwest of India by about 250 miles (400 km). They are home to approximately 328,500 people and attract 500,000 tourists a year. Considering the luxurious beaches, secluded resorts, fishing industry, popular scuba diving locations and tropical summer weather, the Maldives are renowned for being a honeymoon spot, rather than a place particularly hard to inhabit.

However, the Maldives are thought by scientists to not have very much time left above land—an assessment in 2005 showed that the mining of coral reefs left the sea surrounding the Maldives eroded and damaged beyond repair after flooding. This means that the impact of tsunamis (which are common in the area) will hit harder each time. In 2004, a tsunami at low tide left ten percent of the Island uninhabitable, and one third of the population was severely affected.

In 2008, President Nasheed came to office for the Republic of the Maldives and initiated an emergency evacuation fund, so that in the case of severe flooding all residents could be evacuated to nearby India or Sri Lanka—proving that the vulnerability of these picturesque islands is a legitimate concern for residents. 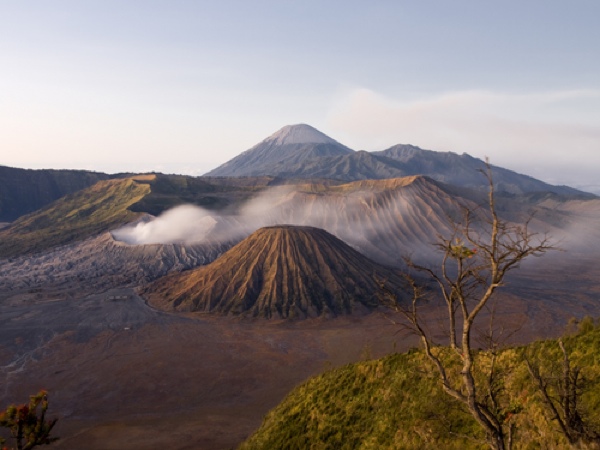 Java is an island, which is home to over 120 million people, and twenty-two active volcanoes. Mount Merapi is one of those volcanoes, and it has erupted sixty times in the last one hundred years—as recently as 2006. Sixty people were burned to death by hot gas in 1994, and in 1930 it is estimated that 1,000 people died from an explosion of lava within an eight mile radius. Today, 200,000 or so residents live within four miles of Mount Merapi.

If the mountain were to have another explosion the result would be devastating—but like all volcanic areas—fertile land surrounds the mountain, keeping farmers living close to these natural time bombs. 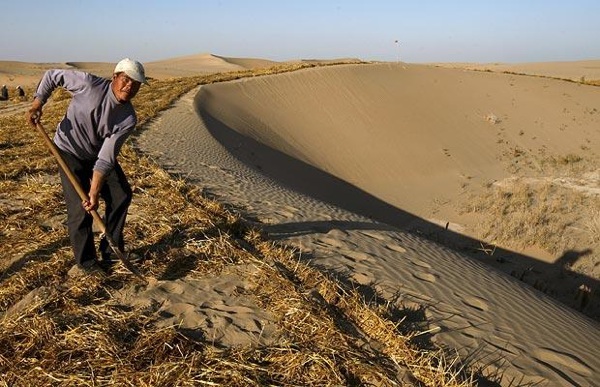 Minqin County is an unfortunate city to live in. In 1999 there were about 281,800 people living in the county, and today this number is thought to have increased to over two million. This has added unbearable strain to the city’s main form of sustainability, the Shiyang River, which is all but dried up due to irrigation developments upstream.

This, coupled with the county being sandwiched between the deserts Tengger and Badain Jaran, which creep in on the county by 33 feet (10 meters) each year, has caused the government to relocate farmers whose land has been overtaken. With only sixty square miles of fertile land left, the desert approaching, not enough water to go around, and residents being forced out of the towns it seems that Minqin is destined for complete obliteration.