The Latin word decimate means to reduce by ten percent. Previous lists have explored awful killer critters ranging from insects to bull sharks, but this list is an unprecedented sequal. We will now look at previously not thought of and far worse invertebrate (spineless) creatures that will at the very least decimate your body through bone crushing bites, damage your flesh or annihilate you through burning, drowning or terror in truly awful attacks. These creatures have never before been seen on Listverse. 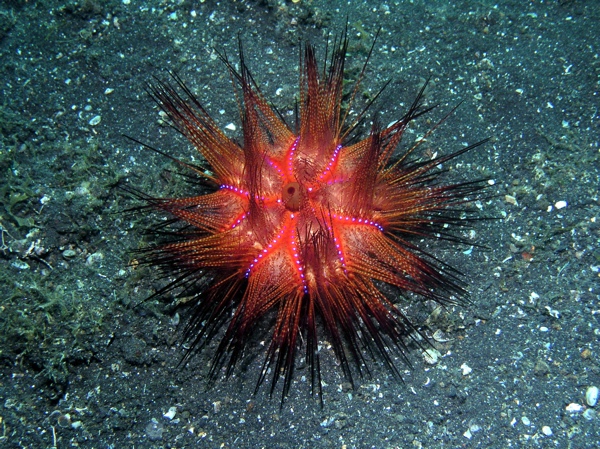 Fire urchins are spineless—as in lacking a back bone—but make up for it with the worst external spines of any animal on Earth. Unlike many urchins, these aggressive hunters actively pursue their prey with tiny jaws attached to venomous spines. If stepped on by a human, the spines and jaws release an extremely potent paralyzing toxin with burning effects, that have often resulted in deaths. Unfortunately, antivenin has not yet been developed for protection against this bite. The fire urchin is native to the Indo-Pacific region and hides among reefs, where it may be stepped on with devastating results. 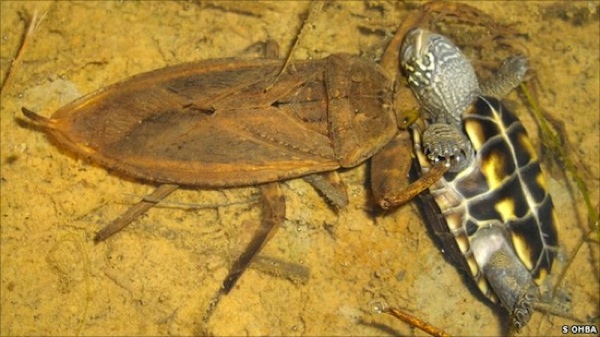 Giant water bugs are huge, freshwater insects that belong to a family known as true bugs. True bugs are divided into two types: plant sucking (aphids) and carnivorous (mosquitos). Giant water bugs may grow over 4 inches (10 cm) in length, and feed by injecting liquefying chemicals into prey items that include young turtles and small snakes. Giant water bugs bite humans with regularity, attacking swimmers or latching on to toes dangled in the water, earning them the folk name toebiter. The Schmidt insect sting pain index places giant water bugs as number four, the worst rated. Wasps are only two. Pain is only temporary, but the bite may cause permanent muscle damage. 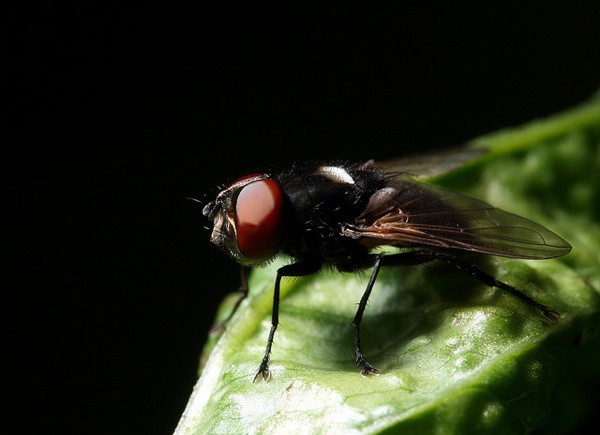 The boreal forest (taiga) would seem to be the last place to consider killer insects on a tropical scale. However, a dead elk with holes and oozing blood all over its body suggests something sinister may be present here. A vampire? Nightmares could be realized as swarms of oppressive, red eyed creatures approach, and begin to latch on all over your body. The leeches of the air. Each black fly in the massive swarm uses its sharpened beak to insert anticoagulant chemicals, causing blood to run out. Death by a thousand cuts has occurred when humans have died from blood loss in black fly attacks. Fatal allergic reactions to proteins have occurred when victims inhale swarming flies, and river blindness may be transmitted by southern populations. 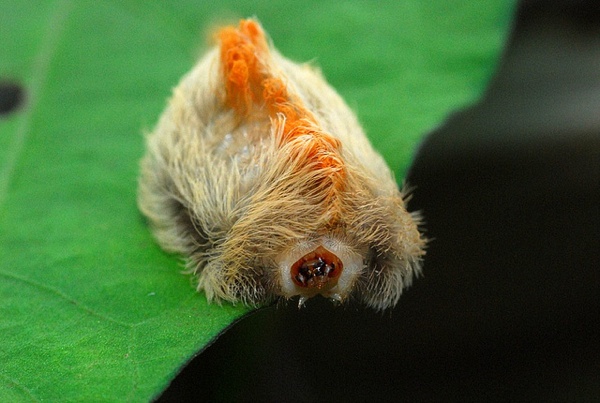 You would be forgiven for your astonishment at seeing a moth on this list. But the southern flannel moth caterpillar is the rattlesnake of the Lepidoptera group (butterflies and moths). It forages among shrubs and trees, and is covered with glistening spines that give it the appearance of a Persian cat. But a brush with this caterpillar could be a brush with fate. The spines are coated with a powerful toxin, and a multitude of venomous punctures result from any human contact. Deaths have not been confirmed from this designated dangerous insect, but shock and lung distress could plausibly kill. 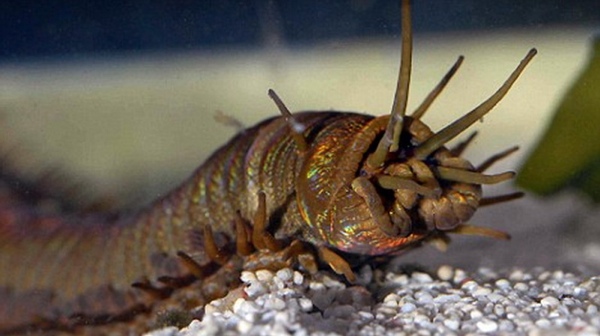 British aquarium staff could not understand why sizable fish were being found gashed, and rock corals mutilated. Eventually, investigation revealed a nightmarish, bristle covered predatory marine worm capable of growing over 8 feet (2.4 meters) in length. The creature lies on the sandy shallows before striking out with such power that even sizable, resilient prey are slashed into pieces. As well as massive, slicing jaws, the creatures are covered in lethally neurotoxic spines. These spines deliver a permanent loss of sensation in any animal part that contacts them, human fingers included. A Polychaete could quickly chew off your finger once you were within striking distance. 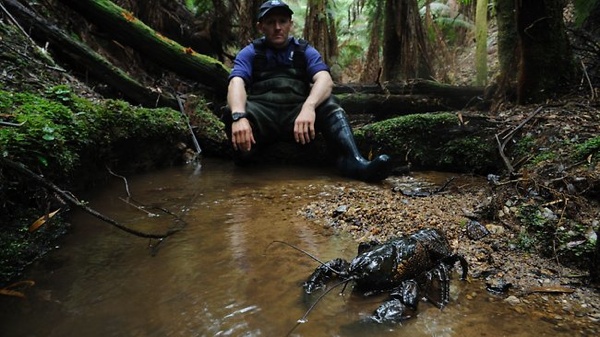 In the streams of Tasmania, Australia’s southernmost island, river users must respect a truly unbelievable arthropod. Crushing injuries and amputations can be the consequences of approaching logjams, crevices and rocky dikes. The monster lying in the waters is known as the giant black river lobster. These abominable leg biters are related to lobsters and prawns, but grow more than 28 inches (71 cm) in length and possess huge claws capable of cutting through bone. They may weigh over 15 pounds (6.8 kg), and are territorial. The pincers are applied with strength unprecedented among crustaceans, coupled with incredible slicing power with their 7 inch (17.8 cm) pincers. Unfortunately, these magnificent crustaceans are endangered by careless logging practices. 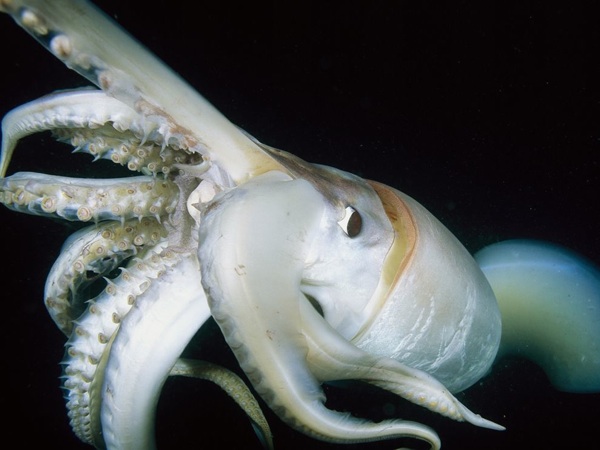 Red devil, or Humboldt squid are the wolves of the invertebrate world. Giant squid are relatively docile, but 6 foot (1.8 meters) Humboldt Squid are aggressive pack hunters that will not hesitate to tackle large prey as they roam the coastlines of North America. These 100 pound (45 kg) fiends have attacked and almost caused the deaths of divers in recent years through their raptorial group predation attempts. The Humboldt squid grasps its prey with studded tentacles, pulling victims down to the depths where it can be clipped apart by the hawk-like beak and shared by the pack. We recommend this video. 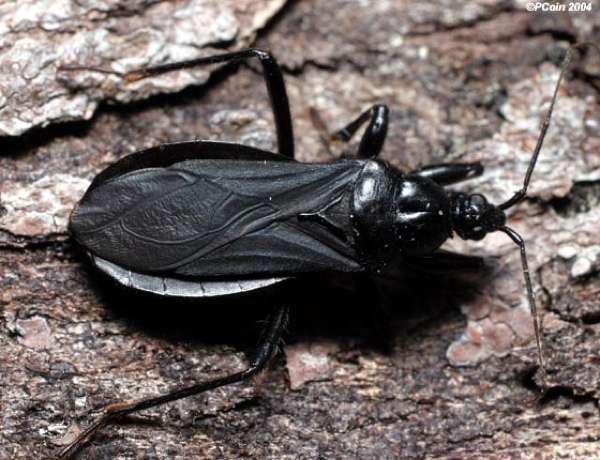 Lying down to sleep in an area home to a black corsair, or reaching into a dark corner is a doorway to nightmarish pain. The 2 inch (5 cm) black corsair is a type of assassin bug capable of seriously biting any perceived threat. It may emerge from wall cracks or woodpiles, and will insert its sharp proboscis into sensitive areas of human victims, injecting highly irritating venom and causing widespread tissue irritation. Like all assassin bugs, corsairs have the potential to spread disease into wounds caused by the sharp beak. The black corsair is one of several species having the most painful of insect bites. 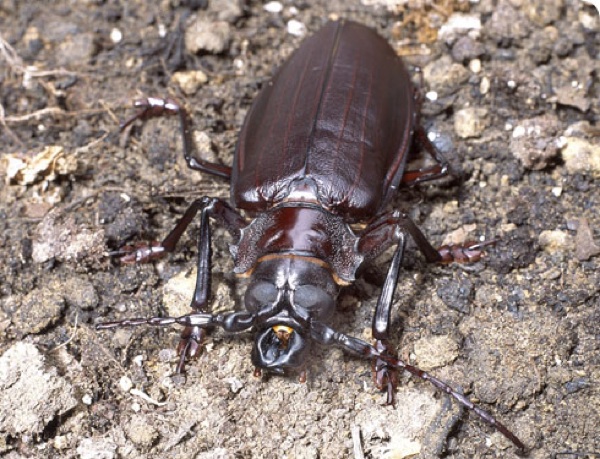 With a Latin name like Titanus giganteus, you should begin to expect trouble from the title bearer. Of all Earth’s beetle species—incidentally the most diverse group of animals on the planet—the New World rainforest dwelling titan beetle is the most massive and threatening. The adults reach over 7 inches (17.8 cm) in length, and inhabit woody areas. When threatened, titan beetles unleash the fury of massive mandibles capable of slicing wooden sticks in two. The titanic bite is known to tear into human flesh most effectively. Adults do not eat, but only defend territory. Titan beetle larvae have never been found, but boreholes in tropical trees suggest a grub up to 1 foot (30.5 cm) long, and 2 inches (5 cm) wide. 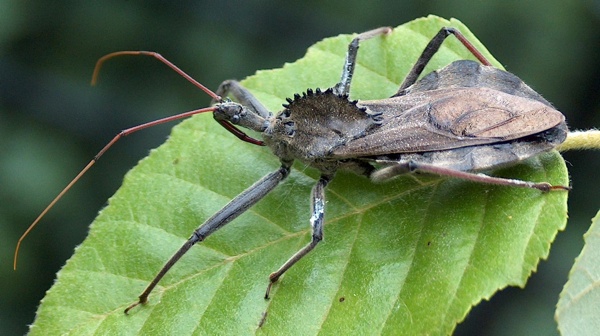 A name like wheel bug should raise some alarms. In fact, it is not the strange wheel shaped adornment on the back of this American predator, but its highly evolved mouthparts that pose a threat to humans. Wheel bugs are among the larger predatory land bugs, and possess a sharp, flesh dissolving toxin released through a long beak. When humans get in the way of a wheel bug hiding among the leaves, extreme pain levels and local flesh damage occurs. The injuries can take months to heal, and often leave a noticeable scar where the tissue has been eroded by the venom.