Now that the weekend is here, there is some time to wind down and catch up on the news of the week. You can click here to learn about all the serious, important stuff.

This list is all about the strange and quirky happenings that made recent headlines. We’ll be exploring some events that set the online world on fire and a few interesting discoveries about animals. This week was also a study of man’s ingenuity, whether it’s directed toward a life of crime or building the world’s fastest shed.

Yanny or Laurel video: which name do you hear? – audio

Back in 2015, the online world got into a tizzy over a simple picture of a dress. Some people saw it as blue and black (its actual colors), but others saw it as white and gold. Following the confusion came a series of explanations from experts and laymen alike regarding the possible reasons behind this bizarre phenomenon.

A new controversy is tearing apart the Internet this week, except this time it comes in audio form. It is a short clip that just says one word over and over again, and people can’t decide if they hear “Yanny” or “Laurel.”[1]

The clip was featured on Reddit and blew up from there. Already, some experts have chimed in with possible explanations, although there doesn’t seem to be a consensus yet on one particular element which is causing the audio dissimilarity.

Psychology professor David Alais from the University of Sydney says the different sounds are confusable due to similar timing and energy content. He believes age could play a factor, as older people lack high-frequency sensitivity. Assistant Professor Lars Riecke from Maastricht University agrees, saying that the “secret is frequency.”

Professor Hugh McDermott from Melbourne’s Bionics Institute sees frequency playing a part, along with other factors such as visual cues or unconscious preference based on personal history. So, the question remains—are you a Laurel or a Yanni? 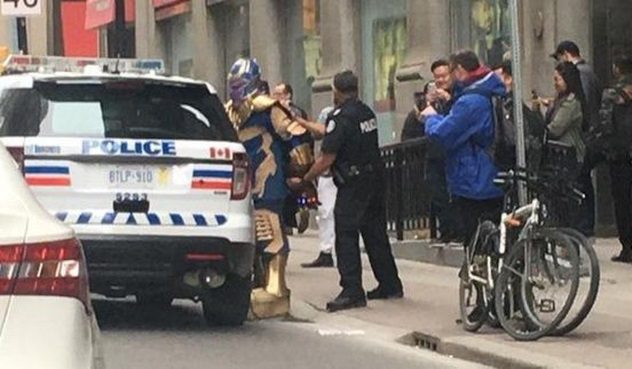 Thanos has finally been thwarted. But it wasn’t by the Avengers or by the Guardians of the Galaxy. Rather, it was by Toronto police sergeant Noel DeGuzman.[2]

Okay, so it wasn’t the real villain but rather 42-year-old local Frank Coraci wearing a detailed Thanos costume. And he wasn’t actually arrested; he was just posing for a picture to impress the sergeant’s daughter. Coraci thought a quick stroll down Yonge Street was a good way to cheer up the people of Toronto following the recent van attack that took place on the same street. Before he knew it, people were lining up to take selfies with the Mad Titan.

Soon enough, this attracted the attention of the police. Initially, Coraci thought he was in trouble, but the constable turned out to be a Marvel fan. A quick conversation between the two led to the arresting photo-op that later went viral online.

8 Pet Dog Turns Out To Be Bear 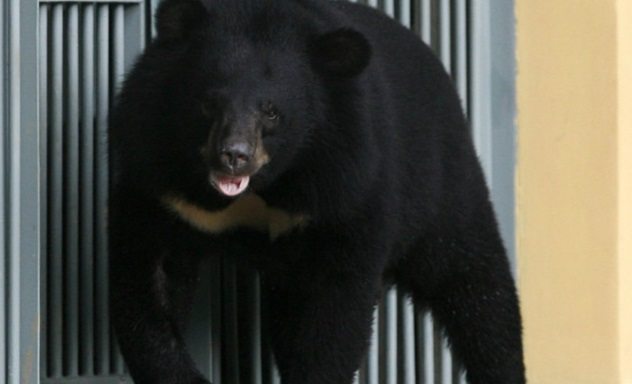 Two years ago, Su Yun from Kunming in the Chinese province of Yunnan went on vacation and bought a puppy to bring home. She thought he was a Tibetan Mastiff. Only now did her family realize that Su Yun actually brought back an Asian black bear.

Tibetan Mastiffs are among the largest dogs in the world. Full-grown males can weigh over 70 kilograms (155 lb). However, the Chinese family realized something might be amiss when their “dog” reached 113 kilograms (250 lb) and kept growing. At that point, he was eating a box of fruits and two buckets of noodles every day.

Further suspicion was raised by the animal’s propensity for walking around on its hind legs.[3] When the Yun family realized what they had on their hands, they decided it was probably not a good idea to keep an adult bear around the house. They contacted authorities, and the animal was relocated to the Yunnan Wildlife Rescue Center. 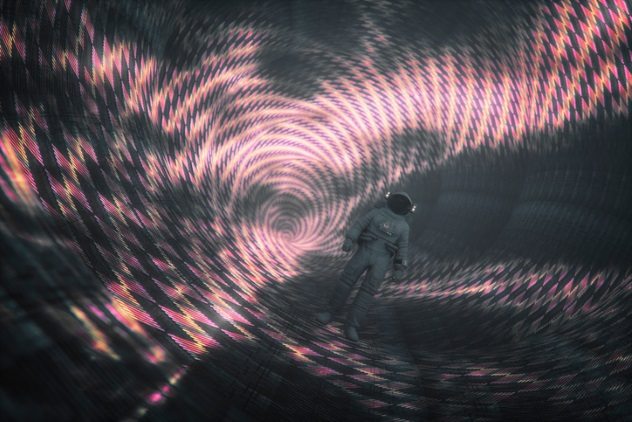 Stephen Hawking died on March 14, 2018. His memorial service will take place on June 15, after which he will be interred at Westminster Abbey between Isaac Newton and Charles Darwin. Recently, the Stephen Hawking Foundation announced that time travelers are welcome to attend the services.

Undoubtedly, this is a nod to the professor’s sense of humor. Specifically, it references a famous story when Hawking hosted a party on June 28, 2009, but didn’t send the invitations until a day later to ensure that only time travelers would attend. Nobody took him up on his offer.

People questioned why the foundation made the announcement before the memorial. Surely, the whole point of the gag/experiment was to invite time travelers after the event happened. However, it is possible that this was the original intention. A travel blogger was the first to notice that while signing up for the online ticket raffle to attend the service, you could select a birth year going up to 2038.[4] After reporters made inquiries, the foundation eventually confirmed that time travelers may attend, although they specified that none had yet applied.

6 Marsupial Becomes Endangered Due To Too Much Sex 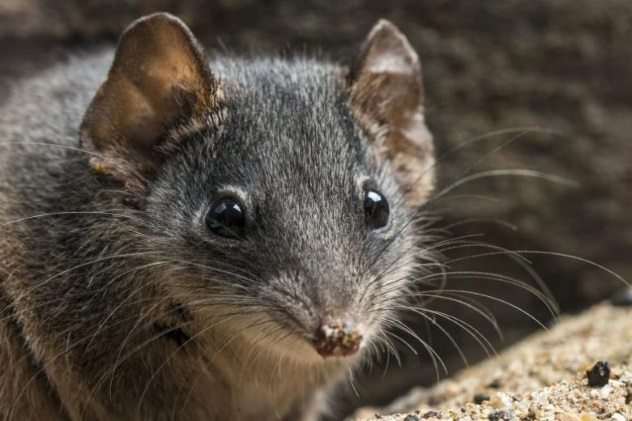 The antechinus is a small, shrew-like marsupial found in Australia. It is typically known for its overactive love life, which is often characterized by semelparity—a single reproductive event that usually leads to death. And now it seems that this feverish lifestyle has officially placed two species of antechinus on the endangered species list.[5]

During mating seasons, both antechinus males and females move from one partner to another and engage in sex that can last up to 14 hours. There are no courtship rituals. The goal is to mate with as many different partners as possible. The whole event lasts for two weeks. During that time, the males’ testosterone levels are so high that they constantly produce the stress hormone cortisol. Eventually, the cortisol reaches toxic levels, which breaks down the immune system. The antechinus then suffers from organ failure, bleeds internally, and dies.

Both species, the silver-headed antechinus and the black-tailed dusky antechinus, were documented by mammalogist Andrew Baker in 2013. In that short span of time, population numbers dwindled, and Dr. Baker believes that external factors such as reduced food sources and invasive predators also contributed toward their endangerment. 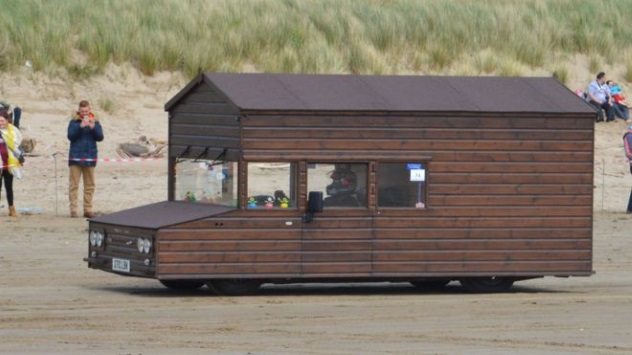 Over the weekend, beachgoers at Pendine Sands in Carmarthenshire, Wales, witnessed a new record being set for the fastest shed in the world.

The motorized structure reached 160 kilometers per hour (101 mph), shattering the previous record of 129 kilometers per hour (80 mph), which it also held.[6] This was thanks to a powerful 400-brake-horsepower engine from an Audi RS4. In total, owner Kevin Nicks spent over $17,500 turning a run-of-the-mill garden shed into a speed freak.

This all started back in 2015, when Nicks’s Volkswagen Passat broke down. He wanted to do something different, so, naturally, this resulted in a shed on wheels. It took a year of hard work and £5,000 before his creation was roadworthy. Initially, the 53-year-old gardener had no intention of beating records. He just wanted something to take his daughter to school and pop down to the shops. However, when the opportunity arose to race his shed, Nicks managed to break the then-current Guinness world record, but he also blew up his engine.

The racer spent the last two years repairing and improving his vehicle to get it ready for the land speed event at Pendine Sands. 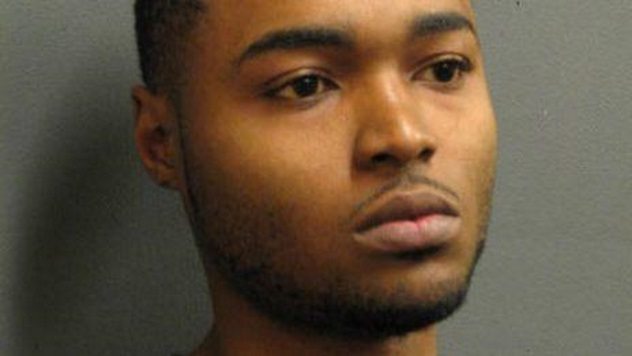 A Chicago man was charged last week with fraud and theft of mail after a brazen scheme which saw him receive thousands of pieces of mail intended for shipping giant UPS by simply changing the company’s address at the post office.

This is the latest in a line of “I can’t believe that worked” scams, which usually make for interesting reading as long as you are not one of the victims. Dushaun Henderson-Spruce, 24, submitted a common change-of-address form with the US Postal Service (USPS) on behalf of UPS and relocated the organization’s headquarters to his own apartment on Chicago’s North Side.

This happened back in October, and it wasn’t until late January that postal officials caught on to Henderson-Spruce’s scheme. The carrier who had him on his route said that he had been delivering “voluminous” amounts of UPS mail for months. He had to leave it in a special USPS tub outside the tenant’s apartment. Later, postal inspectors recovered 3,000 pieces of mail and learned of ten UPS check deposits totaling $58,000 made in Henderson-Spruce’s account.[7]

In a media interview, the defendant said he received the mail as the result of a mix-up, possibly due to having his identity stolen. 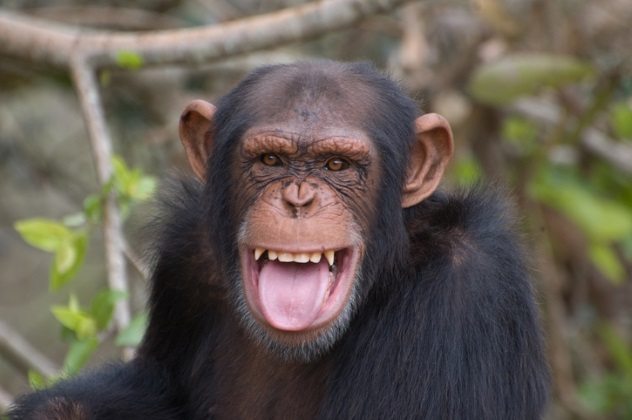 According to a study from North Carolina State University, chimpanzees, our closest evolutionary relatives, have cleaner sleeping arrangements than humans, with far less fecal, oral, and skin bacteria.

Unlike people, who tend to sleep in the same bed regularly, chimps make new nests each night in the treetops. This seems to be the essential difference, since up to 35 percent of bacteria found in human beds comes from our own bodies.[8]

Researchers swabbed 41 chimpanzee beds in Tanzania while also vacuuming for arthropods in 15 of them. Not only did they find almost no aforementioned fecal, oral, or skin bacteria, but they also located far fewer parasites than expected. In total, only four individual specimens of ectoparasites were found across all searched nests. 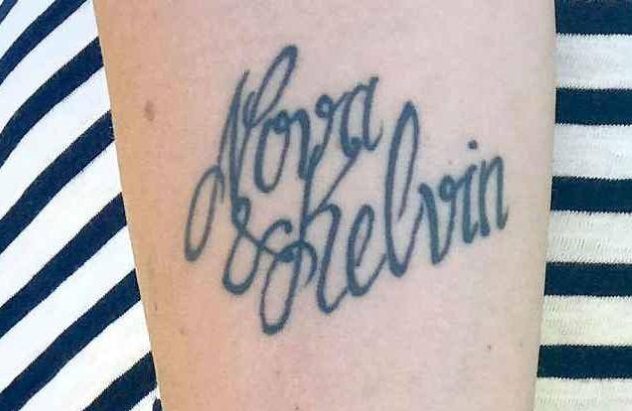 Thirty-year-old mother of two Johanna Giselhall Sandstrom from Kyrkhult, Sweden, wanted to do something special as a declaration of love for her two children, Nova and Kevin. Like many other people, she decided to get their names tattooed on her body. Everything went smoothly, or so she thought. When she got home, Johanna realized she was proudly displaying her love for “Kelvin.”

A quick Google search of “tattoo fails” will show that misspelled words happen way more often than you would think in the industry. Johanna went back to the tattoo parlor, but there was little that could be done at that stage other than offering her a refund. The artist showed her the designs beforehand, and she approved them with a passing glance.

The only option at that point seemed to be a visit to a tattoo removal clinic. However, when they discovered that it would require multiple expensive treatments, the family decided on a new course of action—they changed the boy’s name to “Kelvin.”[9] Now, the Sandstroms say they prefer the new moniker because it is more original.

Billions of light-years from Earth, in a galaxy far, far away, astronomers have detected traces of what they believe to be the oldest oxygen in the universe.

The observations were made using the Atacama Large Millimeter/submillimeter Array (ALMA) in Chile’s Atacama Desert, a radio telescope capable of capturing clearer images than the Hubble Space Telescope and at further distances. The international team of researchers used ALMA to zoom in on an extremely distant galaxy called MACS1149-JD1. There, they detected signals of ionized oxygen emitted 13.28 billion years ago.[10]

Lead author Takuya Hashimoto, researcher at Osaka Sangyo University and the National Astronomical Observatory of Japan, said, “This detection pushes back the frontiers of the observable universe.” However, astronomers are getting more excited about the implications made by the oxygen’s presence.

This brings us closer to uncovering the cosmic dawn—the period when the universe transitioned from a hot, dense, homogenous state to the one filled with stars, planets, black holes, and all other kinds of celestial objects. Like study coauthor Richard Ellis described it, this is the “Holy Grail of cosmology and galaxy formation.”