Listversers love mysteries, but while it seems that we have already covered tons of them, there are always more out there to discover. This time around we have focused on the mysteries of science, that have baffled researchers and left them wondering if current science is unable to grasp them, or even if perhaps there is a higher power at play. Below are ten scientific mysteries that will provoke thought and leave you wanting for the solution. Perhaps someone among us will one day solve some of these mysteries and become a famous scientist renowned for their discovery. For the time being, however, the solution to these equations has not yet been definitively proven or understood. 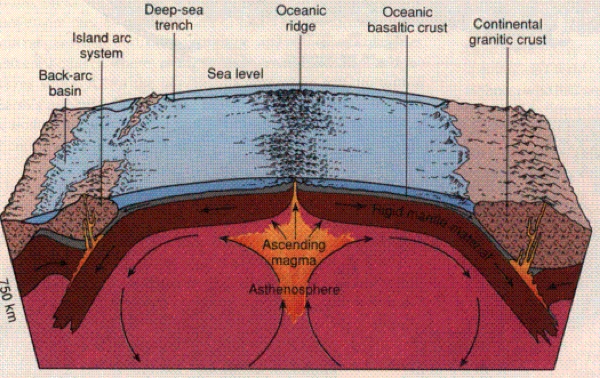 The theory of Continental Drift was first proposed in 1500 and stated that Continents seem to drift relative to each other across the ocean. Later on it was refined into the theory of Plate Tectonics which proposes that there are tectonic plates on the ocean floor that slowly move separating the continents and creating the Oceans over the time period of millions of years. The mystery, however, is what actually caused these plates to move in the first place and has been further confounded by studies that have shown it is unlikely that the theory actually fully explains the phenomenon. Some have suggested that the due to the unexplained nature of the workings behind the theory, and evidence against it, that the continents may have actually been separated much more quickly than many millions of years, by a catastrophic event such as a flood. 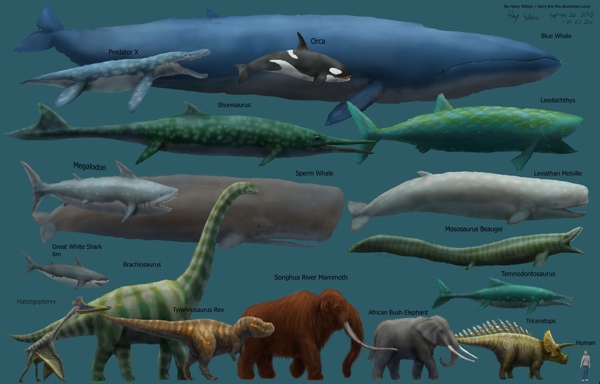 There were once many other large animals like the Elephant that walked the earth, such as the Wooly Mammoth, these were called Megafauna. The Megafauna for the most part disappeared only recently, in the range of tens of thousands of years ago, and scientists have been unable to truly ascertain why. Two main answers have been suggested as the cause, over hunting by man and climate change. Those who say it is climate change often have very little evidence besides claiming that there isn’t enough evidence for the other explanation. As for the over hunting explanations, many scientists say that even if it were true, there may be very little archeological evidence for it. The Mystery still remains unsolved, and it may never be conclusively understood, there could even be something else entirely at play. 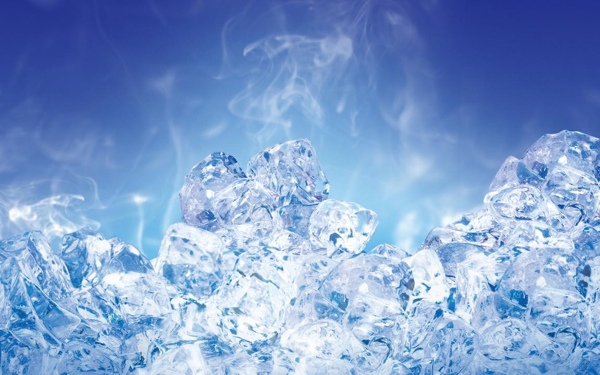 The Mpemba effect is that boiling water can, under certain circumstances, not only freeze but do so quicker than colder water. This phenomenon has been reported as working as far back as Ancient Greece, even though it would seem contradictory to the Laws of Thermodynamics. In 1969 a scientist named Mpemba did experiments that proved that the effect is real, however, scientists are left with more questions than answers. Many solutions have been suggested as reasons for this phenomenon, but none have been agreed upon by scientists and most contradictory explanations were obtained by very different experiments with different controls. Perhaps someday after more study scientists will understand this, but currently the results are inconclusive at best.

7
The Speed of Light 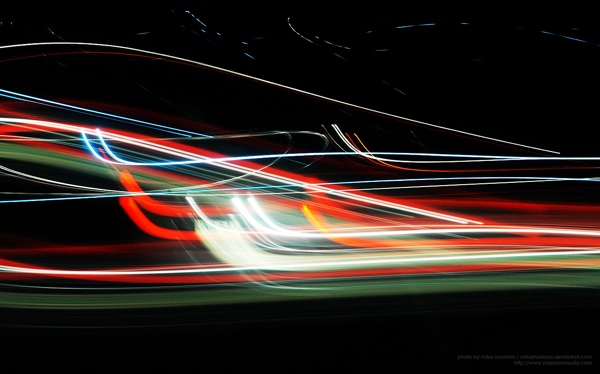 While the studies on the speed of light have not fully disproven the theory that it is the fastest we can go, there is increasing evidence that it might actually not be accurate. Some point out that dark energy seems to go at a faster rate than ever as time goes on. They also have observed that if the Big Bang theory is correct, the universe expanded way quicker than light speed when the cosmos were in their infancy. Some scientists in carefully controlled experiments have even managed to clock pulses that actually beat out the speed of light. While how or why we may be able to go faster than light speed is not yet certain, it seems that we may not be as limited as we previously thought. So far this mystery remains unsolved, but science seems to be getting closer to an answer.

6
Out of body Experiences 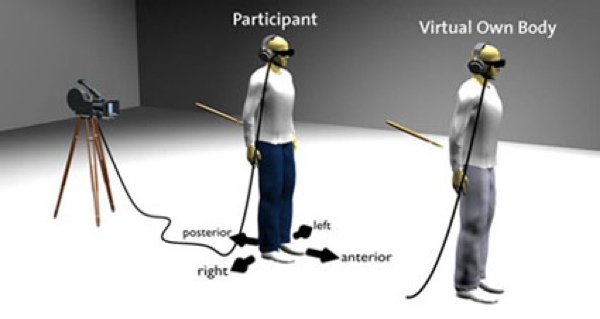 People have been reporting strange experiences when they were close to death, and sometimes at other times as well, where they felt that their consciousness had left their body, although their body was still alive. One group of researchers sought to test this out of body feeling. They used virtual reality and cameras, first touching someone’s virtual projected body and their real one, and then just the virtual one. People were convinced that they were being touched even when they were not. The experiment led them to believe that people’s ability to experience things in their body relies greatly on where they believe their body to be visually. Another researcher has sought to understand near death experiences, studying them at a hospital over several years using various controls. He believes his experiment will be able to prove whether people are experiencing illusions, or whether their consciousness is actually leaving the body. While none of this has been proven for certain yet, it would make the religious idea of souls much more believable.

5
Birds falling from the sky 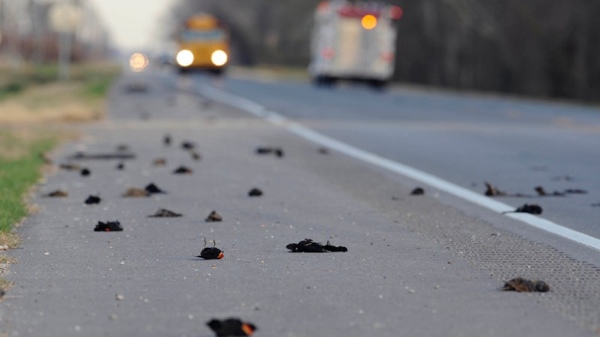 In Arkansas about a year ago, a bunch of black birds fell from the sky. At the time fireworks were blamed, though this theory was not incredibly well tested. It happened again not that long after, and this time they weren’t sure enough to blame fireworks. To make matters even stranger, in the same state, around the same time, thousands of fish mysteriously turned up dead. While a variety of explanations have been given, it’s hard to explain why thousands of birds would fall from the sky, and thousands of fish would suddenly die in the same area around the same time. It could just be a coincidence, but it’s certainly a very odd one.

Scientists were attempting to study early stars but in 2006 they ran into a problem, they were faced with a mysterious noise that greatly inhibited their study. Scientists are left baffled as to what causes this. While sounds cannot travel through space, radio waves can, which is what they believe it is, however they are baffled as to where or what the radio waves are coming from. Also of note is that this sound is six times louder than should be expected, and there is no explanation for that either. Scientists have managed to figure out that it is not any radio waves that they currently know of, or any of the early stars themselves, or any of our dust particles. 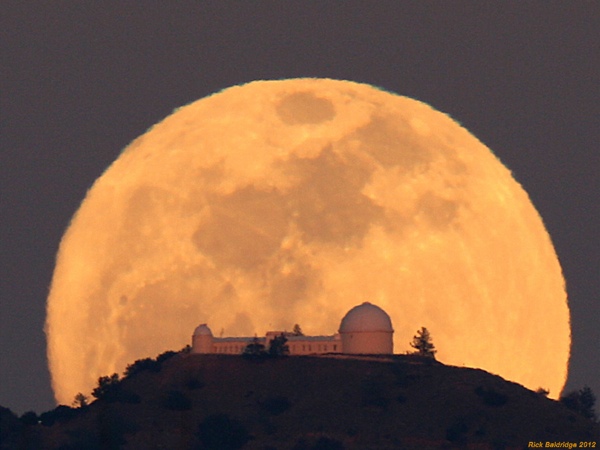 The Moon Illusion has existed since Ancient times, back in the days of Aristotle and the Ancient Greeks and Chinese. The illusion is that the moon seems to appear much larger lower in the sky than it is higher in the sky. In the past people have suggested things such as an atmospheric effect, or something physical, but these have been debunked. Others have suggested such things as relative size, or apparent distance as explanations for this illusion, yet this still baffles scientists. So far no one, even with modern science, has been able to definitively explain this mysterious phenomenon. 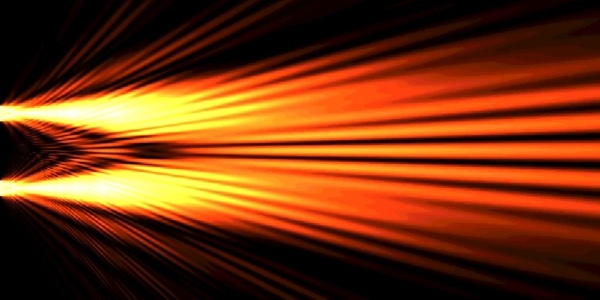 People have argued for a long time whether light is a wave or a particle, however, after much study scientists seem to be coming to the conclusion that things are way more confusing than that. Scientists performed studies which seem to show that a photon can act as a wave and a particle at the same time. However, they also have found studies showing that a photon will choose to be a wave or a particle only when forced to make the decision under controlled conditions. So far scientists have no explanation for why this works, and are still trying to understand it. Some have even called it “the one true mystery of Quantum Mechanics”.

1
The Origin of Life 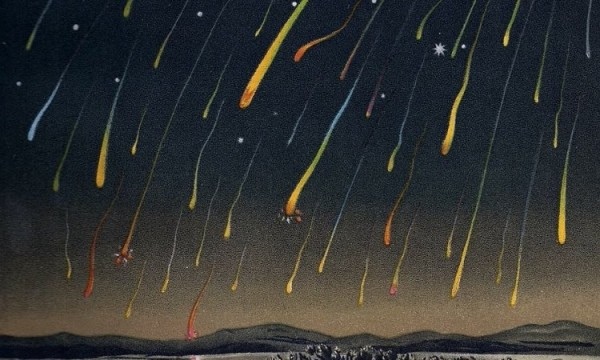 The origin of life and the creation of our universe has been the subject of incredible debate and study since recorded history. Some scientists explain the creation of the universe by the model of the Big Bang, which most of us learned in school. Much study has also been done on the subject of Abiogenesis, which is the ability of life to come from matter that is inorganic, the only way for life to be created without prior life. Despite an incredible amount of scientific study, none of this has thus far been proven, although scientists at the Large Hadron Collider project are working on discovering the Higgs Boson, which many believe would bring physicists closer to proving the Big Bang and other parts of the universe’s origin theories.

However, it is important to note that discovering the Higgs Boson is not the be all and end all, it would open up new ground in the study of physics, but it would not definitively prove the Big Bang. Furthermore, many who believe in the theory of intelligent creation would say that even if the Big Bang were to be proven, it does not necessarily mean that a God of some sort is not involved. A god could have created the universe and set it in motion through means that could be observed by science. Those who propose this theory bring up Thomas Aquinas’s famous argument in regards to an unmoved mover, that there had to be some first cause to the events that created the universe. The universe is huge and expansive, and the origins of life may never be fully understood.