There are nearly 30 man-made spaceships out in the solar system right now gathering information about our planet’s neighborhood. Every year, evidence is gathered to bolster some theories while others fall by the wayside. Here are just some of the highlights of what we’ve discovered about the solar system in 2016.

10 Jupiter And Saturn Throw Comets At Us 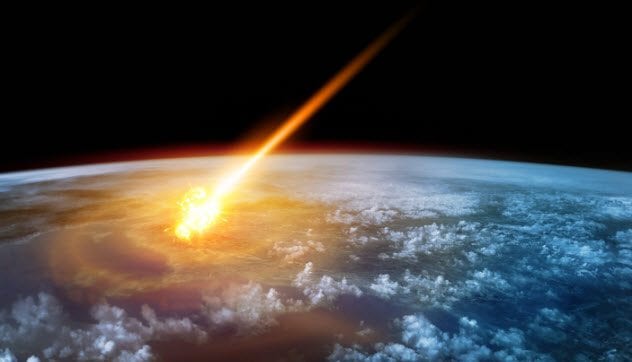 In 1994, the world watched as Comet Shoemaker-Levy 9 slammed into Jupiter, “leaving Earth-size marks that persisted up to a year.” Back then, astronomers were high-fiving each other over the notion that Jupiter protected us from comets and asteroids.

With its massive gravity field, Jupiter was believed to suck the majority of these threats in before they could reach Earth. Current research says the opposite is probably true, and the whole “Jupiter Shield” idea is wrong.

At NASA’s Jet Propulsion Laboratory in Pasadena, simulations showed that Jupiter and Saturn were more likely to toss space debris into the inner solar system and into orbits that would bring them into Earth’s path. The larger planets are probably lobbing comets and asteroids at us.

The good news? Comets hitting early Earth may be responsible for “delivering the volatile materials from the outer solar system needed for life to form.” 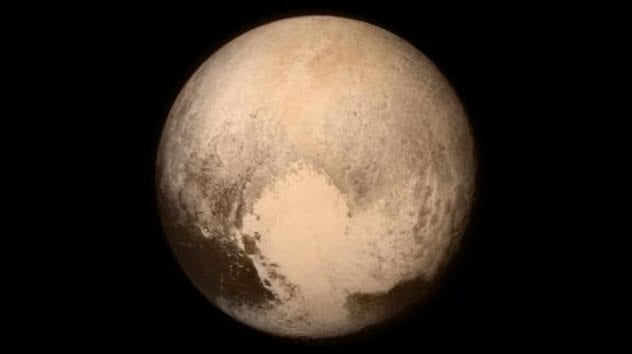 On the outskirts of the known solar system, NASA’s New Horizon spacecraft has been revealing oddities about the distant dwarf planet Pluto. Foremost is that Pluto has a liquid ocean.

The presence of fracture lines and an analysis of a large crater named Sputnik Planum have led researchers to construct a model that shows Pluto has a liquid ocean 100 kilometers (62 mi) thick with a salinity of around 30 percent beneath an icy shell some 300 kilometers (185 mi) thick. That’s about as salty as the Dead Sea.

If the Plutonian ocean was in the process of freezing, then the planet would be contracting. But it seems to be expanding instead. Scientists suspect that enough radioactivity is left in the core to give some warmth. The thick layers of exotic surface ices act as an insulator and the likely presence of ammonia acts as antifreeze.

8 The Cores Of Neptune And Uranus Are Wrapped In Plastic 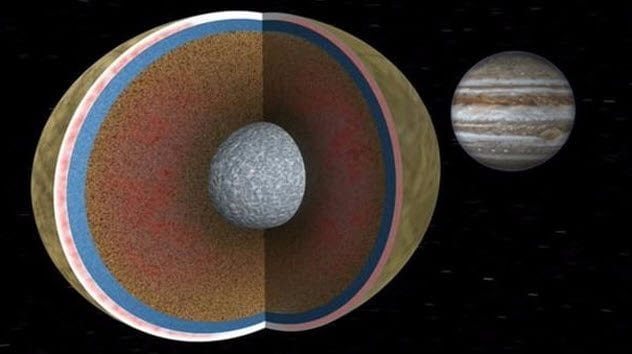 How do we know what lies beneath the clouds of distant gas giants with atmospheric pressures roughly nine million times that of Earth? Math! Scientists use the Universal Structure Predictor: Evolutionary Xtallography (USPEX) algorithm to take a hypothetical look at what’s going on inside these less well-studied planets.

Knowing that Neptune and Uranus are composed of mostly oxygen, carbon, and hydrogen, researchers plugged in the numbers to see what kind of weird chemistry would take place. The results are exotic polymers, organic plastics, crystallized carbonic acid, and orthocarbonic acid (aka “Hitler’s acid” because its atomic structure looks like a swastika) wrapping around a rocky inner core.

In the search for extraterrestrial life on Titan and Europa, scientists hope that water might be reacting with rock to create organic processes. But if the inner core is wrapped in exotic crystals and plastic, then we might have to rethink things.

7 Mercury Has A Super Grand Canyon 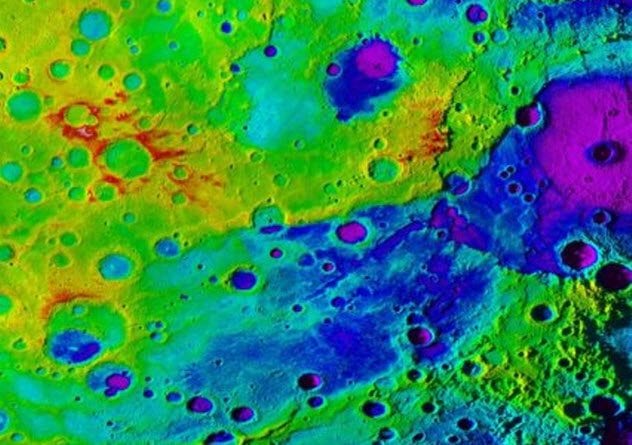 Where Venus and Mars still had volcanic activity as recently as a few million years ago, it seems like little Mercury shut down 3–4 billion years ago. The planet cooled, began to shrink, and started to buckle.

This created a massive fissure that scientists call the “great valley.” According to a statement by University of Maryland scientists:

The valley is about 400 kilometers (250 mi) wide and 965 kilometers (600 mi) long, with steep sides that dip as much as 3 kilometers (2 mi) below the surrounding terrain. To put this in perspective: If Mercury’s “great valley” existed on Earth, it would be almost twice as deep as the Grand Canyon and reach from Washington, DC, to New York City and as far west as Detroit.

On a small planet that’s just over 4,800 kilometers (3,000 mi) in circumference, the great valley is more like a massive scar across its face.

6 Venus Was Once Habitable 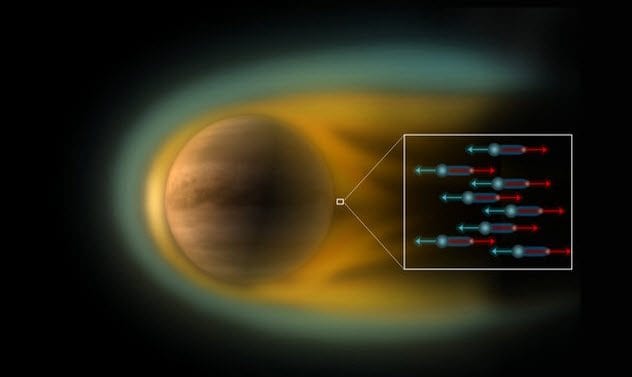 Venus is the only planet that spins backward. At 460 degrees Celsius (860 °F), its surface is hot enough to melt lead, and it has clouds of sulfuric acid. But at one point, Venus may have been capable of supporting life.

Over four billion years ago, Venus had oceans. In fact, it’s believed that the planet had water for over two billion years. Today, Venus is extremely dry with hardly any water vapor at all. The Sun’s solar wind stripped it all away.

Venus’ atmosphere gives off a large electrical field roughly five times as strong as Earth’s. This field is also strong enough to overcome Venus’ gravity and push oxygen and hydrogen into the upper atmosphere where the solar winds sucked them away.

Scientists don’t know why the Venus electrical field is so strong, but it might have something to do with Venus being closer to the Sun.

5 The Earth Is Powered By The Moon 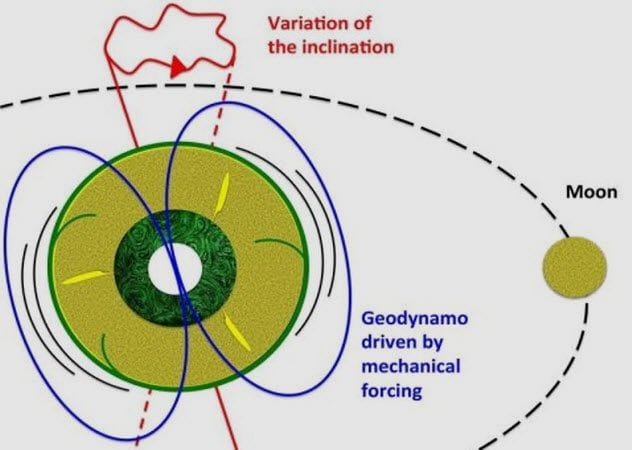 The Earth is surrounded by a magnetic field that protects us from charged particles and harmful radiation. Otherwise, we’d be exposed to cosmic rays up to 1,000 times what we get now. Our computers and electronics would also probably fry.

So it’s great that we have a giant ball of molten iron spinning at the center of the Earth. Until recently, scientists weren’t sure why it kept spinning. Eventually, it should cool off and slow down.

But in the past 4.3 billion years, it’s only cooled off about 300 degrees Celsius (570 °F). So we’ve lost a little more than the heat of a big barbecue grill, which is not a lot.

Scientists now believe that the Moon’s orbit keeps Earth’s molten core spinning by injecting around 1,000 billion watts of power into the Earth’s core. The Moon might be much more important than we ever thought. 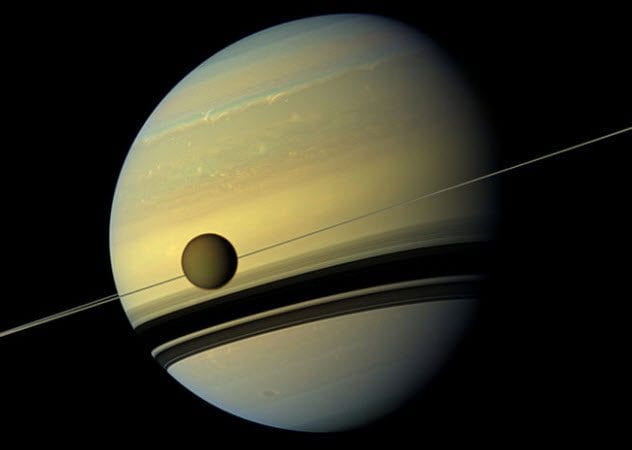 Since the 1600s, there has been a debate over just how long Saturn’s rings are and where they come from. In theory, Saturn once had more moons and some of them crashed into each other. The resulting debris turned into the current rings and 62 moons.

By observing how Saturn squeezes geysers out of its moon Enceladus, scientists have been able to gauge the relative strength of the gas giant’s pull. As all the moons are being thrown into larger orbits, this enables scientists to approximate when this moon crash derby occurred.

The numbers suggest that Saturn’s rings probably don’t date back to the planet’s formation four billion years ago. In fact, except for the more distant moons Titan and Iapetus, Saturn’s major moons appear to have formed during the Cretaceous Period, the time of the dinosaurs.

3 There Are 15,000 Really Big Asteroids In The Neighborhood 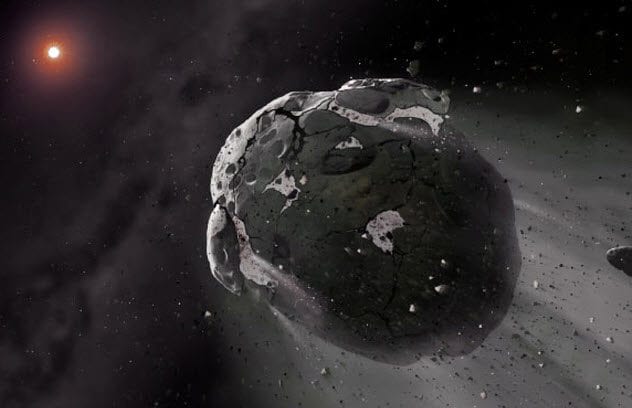 NASA is cataloging all the comets and asteroids around to make sure that we know if something is going to hit us. Even so, without prior warning, a meteor that was 20 meters (65 ft) wide exploded over the city of Chelyabinsk in Russia in February 2013.

2 We Crashed A Ship Into A Comet On Purpose 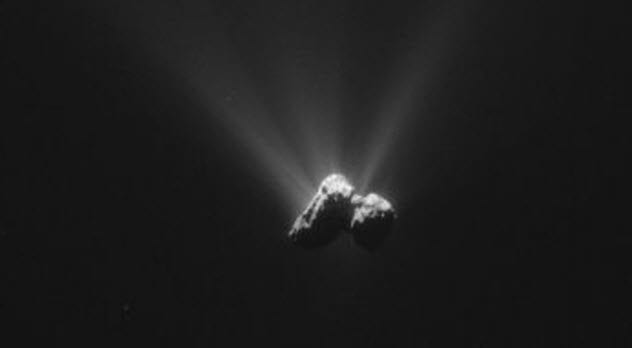 The European Space Agency’s Rosetta spacecraft orbited the 67P/Churyumov–Gerasimenko comet for two years. The craft took readings and even placed a lander on the surface.

This 12-year mission made a number of important discoveries. For instance, Rosetta detected the amino acid glycine, a basic building block of life. While it has been theorized that amino acids may have formed in space at the beginning of the solar system, this was the first time that any were found.

Rosetta discovered “60 molecules, 34 of which had never been found before on a comet.” The spacecraft’s instruments also showed a “significant difference in composition between Comet 67P/C-G’s water and that of Earth.” This pokes some holes in the idea that Earth received much of its water from comets.

After the groundbreaking mission reached its conclusion on September 30, 2016, the ESA slammed its spacecraft into the side of the comet.

1 Mysteries Of The Sun Solved 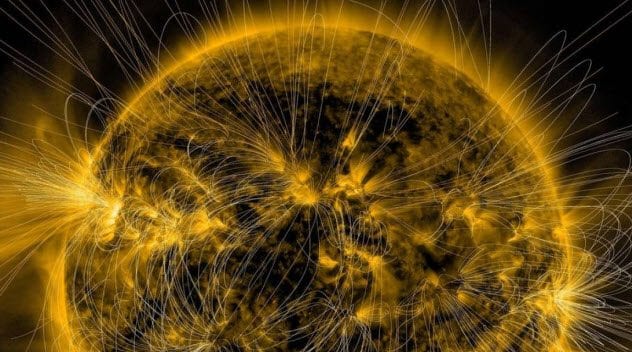 All planets and stars have magnetic poles, and they shift around all the time. On Earth, the poles flip every 200,000 to 300,000 years. Right now, we’re overdue.

On the Sun, things move at a faster pace. Every 11 years or so, the polarity of the Sun’s magnetic field swaps around. This coincides with a period of increased sunspots and solar activity.

Oddly enough, Venus, Earth, and Jupiter are aligned at the same time. Scientists believe that the planets may be affecting the Sun. “According to the study, when the planets are aligned, their gravity combines to cause a tidal-like effect on the Sun’s plasma, pulling it and disrupting the Sun’s magnetic field.”

Monte is a writer and game maker. You can check out his latest game on Steam here.