In the modern world, innovation is all around us. Everything is always changing—from our computers, to our cars, to our TVs. But there are some everyday objects that don’t seem capable of drastic improvement: how, for example, do you improve a floor mat or a trash can? Well—as you’ll see, it has been done: 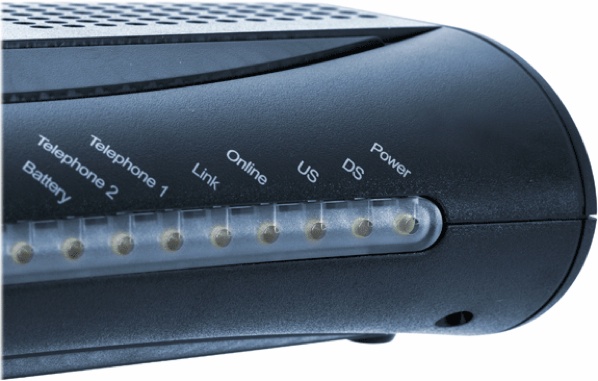 Chinese scientists have developed a wireless Wi-Fi network that uses light instead of radio waves. The computer, or other device, receives messages from the flickering of the lights (which could even be the normal lights in the room—only with LED bulbs) which is much faster than the human eye can register.

Normal wireless routers set up internet connections via radio waves, but these lights flickering on and off is more akin to Morse code, and allows signals to be sent in binary. Right now, the system is about as fast as a home DSL line. Several office building in Minnesota have already started using it. 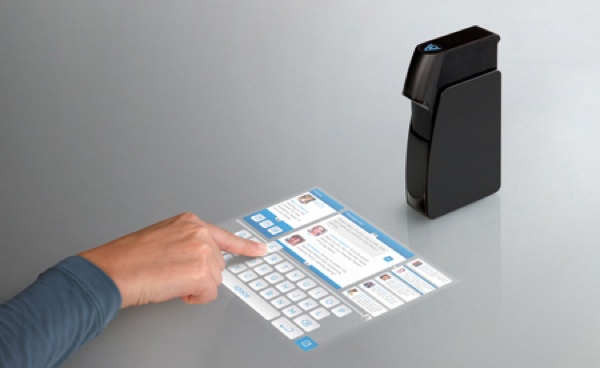 Microsoft is developing touch screens that don’t need the actual screen, called the OmniTouch. It projects an image from a small shoulder-mounted sensor and works on any surface. You just “click” the projection to use the screen.

Drawing, keyboards, phone pads, and all sorts of applications have already been tested with success. When you open a window, to check email for example, the system lets you draw the size that you want it to appear, and on the surface where you want it. You can have several things open at once, like the phone pad on your hand and the email window on the wall. 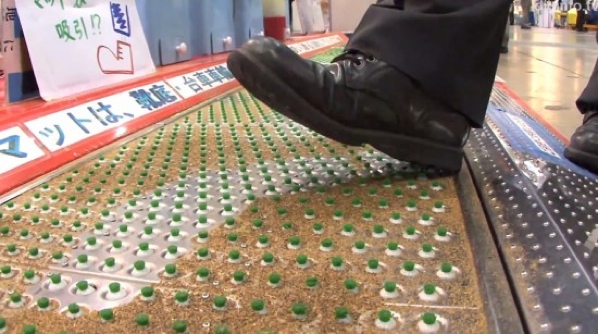 For just over six thousand dollars, you can own a floor mat that cleans your shoes as you walk over it. As you step on it, you open tiny vacuum valves that suck the dirt from the bottoms of your shoes. Everything it sucks off your shoes goes to a container so it can be easily thrown away later. The mats also come in a bunch of shapes and sizes; and while they might be a bit too costly to use in your own home, the mats will be useful in any industrial setting that needs clean rooms or even laboratories. 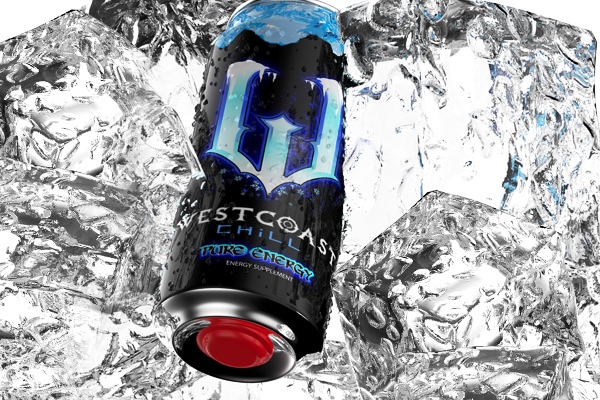 West Coast Chill is an energy drink hitting the shelves in 2013  (according to their site) that doesn’t need to be kept in the fridge. Why? There’s a button on the bottom of the can that cools it by thirty degrees whenever you press it.

So how does it work? The can has a container of CO2 at the center. When you press the button, the CO2 rushes out of the bottom of the can. The heat to fuel the gas’s expansion has to come from somewhere—the energy drink, in this case—and it causes the drink to cool quickly.

6
Trash Can That Catches Garbage 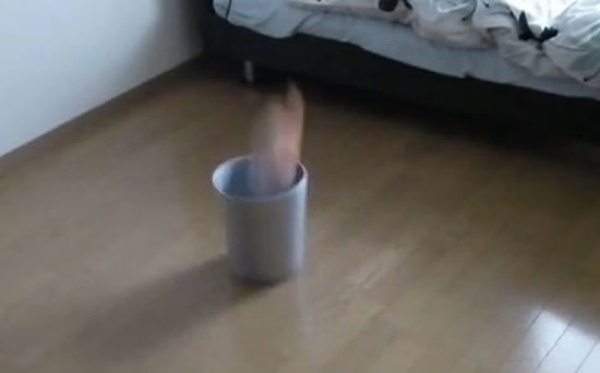 How many times have you tossed something at the trash can and just missed, so you have to walk the whole way across the room and pick it up? That never has to happen again, with the introduction of this bad boy. It uses Xbox Kinect technology to map the entire room, detects garbage flying towards it, and re-positions itself to catch it.

Here’s a video of it in action. This crazy invention comes to us from (where else?) Japan. Once it’s set up, it operates entirely on its own. You just have to lob something in its general direction, and the trash can will wheel itself into position.

5
Glasses That Make Life into a FPS 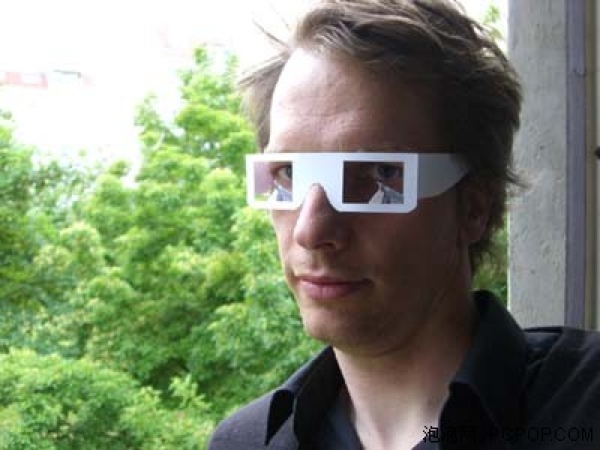 Glasses have been invented that give you a real life video game Heads-Up Display. A camera keeps track of the things you’re looking at, and displays them on LCD screens inside the glasses. Remember how the Terminator saw stuff? It’s basically like that: each lens has its own camera, and you get a combined image, just like your real eyes give you.

The glasses can be used for all sorts of things, from video games to education, to city guides that display information about the place you’re looking at. Virtual reality may be a way off yet, but that’s no excuse not to be able to record and Tweet that video of your sister falling down the second it happens.

4
Fibers in Clothing That Generate Electricity When You Move 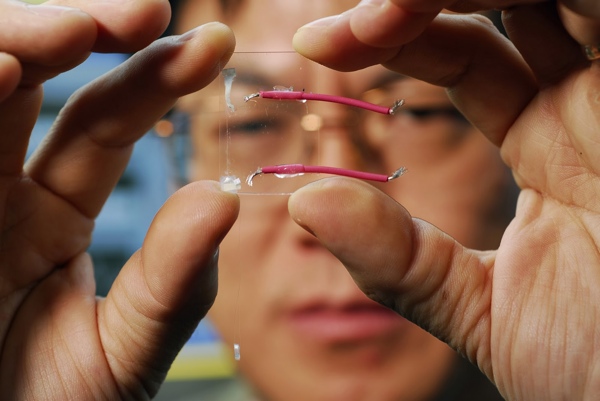 The human body generates energy all day, every day. From motion, to making your organs work, to keeping up your internal temperature, energy is constantly being created. Now what if we could harness that for mundane daily uses?

ZnO fibers generate electricity when they become stressed. They’re so small they can be put into clothes, and they’ll generate electricity just when you walk around or when you breathe—possibly even from your heartbeat. In the not too distant future, you might even be able to plug your iPod into your shirt, and charge it from the excess energy your heart gives off. 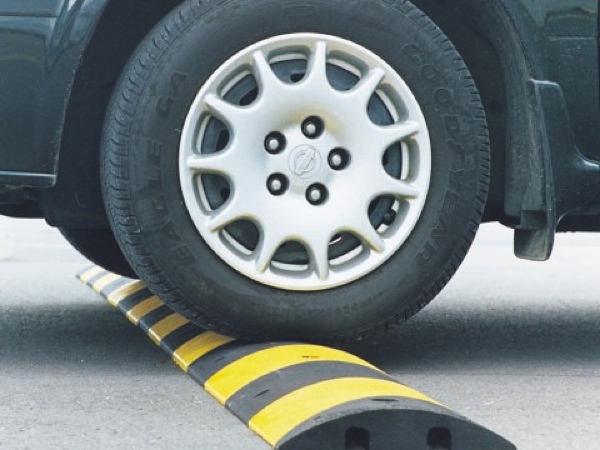 How much can you really change a speed bump? It’s just a raised bit of the road meant to slow you down, after all; but even if you’re driving to the speed limit, a speed bump can do damage to your car—especially if it sits low to the ground.

A new speed bump design, created by Jae-yun Kim and Jong-Su Lee , folds up whenever you run into it at a low enough speed. If you hit it at a higher speed than you should be going, the bump stays up and jars your car, reminding you to slow down. 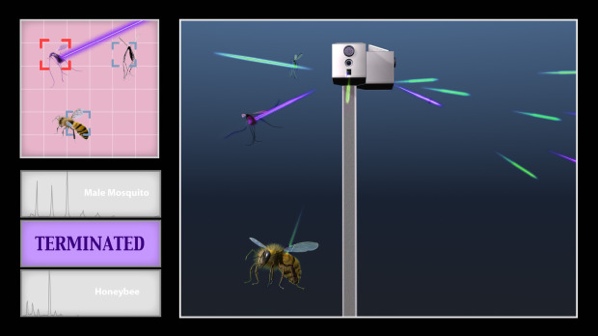 Okay, this one isn’t quite at handheld size yet—but it’s still cool. Financed by Bill Gates and inspired by Reagan’s “Star Wars” program, scientists have built lasers that fry mosquitoes. The device was made as part of an effort to fight malaria in tropical areas. It can “hear” the wings beating, and proceeds to fry the buggers on the spot. The lasers are small enough to be placed on poles around the edge of villages, making a kind of “fence” that mosquitoes can’t pass.

If you just want to watch the video of the bugs getting zapped, look no further. 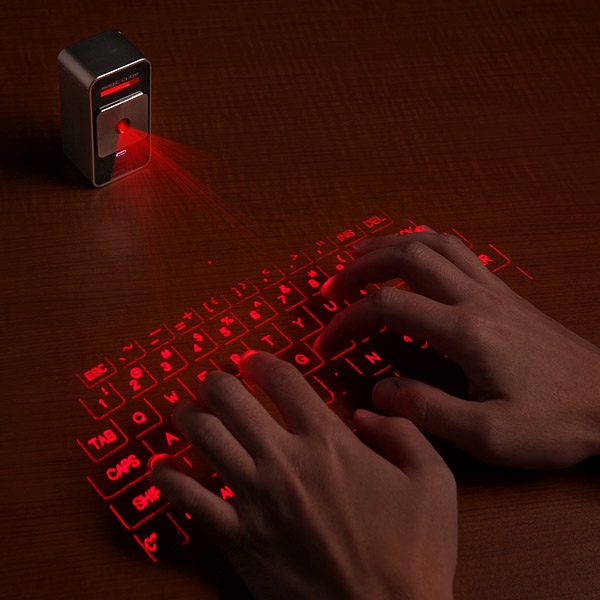 Keyboards are disgusting, considering all that gunk that gets caught between the keys—but with this new keyboard, that never has to happen to you again. There technically aren’t any keys. You just hook this little projector up to your computer the same way as your normal keyboard (it even works with Bluetooth phones), and it will project a laser keyboard onto any flat surface it is placed on.  It’s capable of recognizing when you tap the keys, and even plays tapping noises to make it feel more like a normal keyboard.