A 2008 survey by the Federal government found forty-seven percent of Americans have tried drugs. That’s the same as the number of us who own a gun or voted Romney. Yet for the last 40 years administration after administration has pursued drug users with increasingly psychopathic policies that wreck lives, destroy neighborhoods and funnel billions in money to violent criminals. I’m talking borderline-insane policies like: 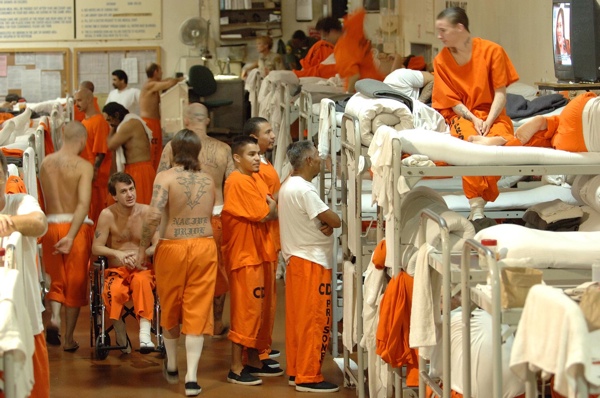 At a guess, which country would you say locks the most people up? China? Russia? North Korea?

Nope, it’s the US. The United States incarcerates more people per 100,000 than Russia and China combined. This isn’t because we have more murderers or pimps or gangsters: according to TIME, nearly half of all inmates are in on drugs charges. Mostly this is thanks to things like mandatory minimum sentences, which give the same amount of time for carrying five grams of Meth as they do for assault. As a result, our prisons are overflowing with addicts—forcing the government to turn to the private sector for help. Since companies only take over prisons with a guarantee of profitable occupancy for the duration of the contract, this means the government is legally obligated to supply criminals—meaning drug laws get harsher and people with no prior record wind up getting life sentences on the flimsiest of charges. 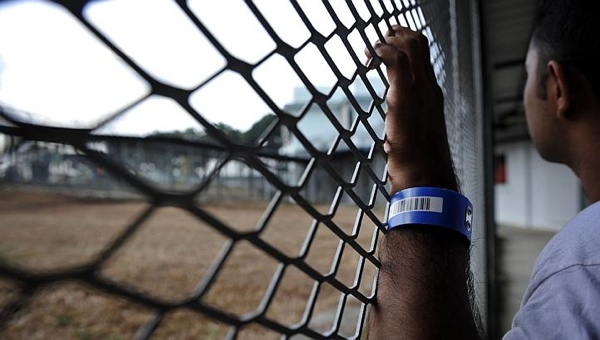 Ever since the civil rights era, we’ve demanded nothing short of full equality. So if the government tried to introduce legislation that actively targeted black citizens, there’d be outrage, right?

Apparently not, because drug laws overwhelmingly affect African-Americans. Despite having one of the lowest rates of substance abuse and accounting for only 12 percent of drug users, black people constitute 38 percent of all drug arrests. Behind bars it’s even worse—over half of those in prison on drug offenses and 80 percent of those doing time for crack convictions are African-American. For comparison, over two thirds of crack users are white or Hispanic. Nor does it stop with conviction rates: simply being black will land you, on average, a longer prison term than someone who is white—a sentence no-one should be writing in 2013. But the war on drugs doesn’t just discriminate against minorities… 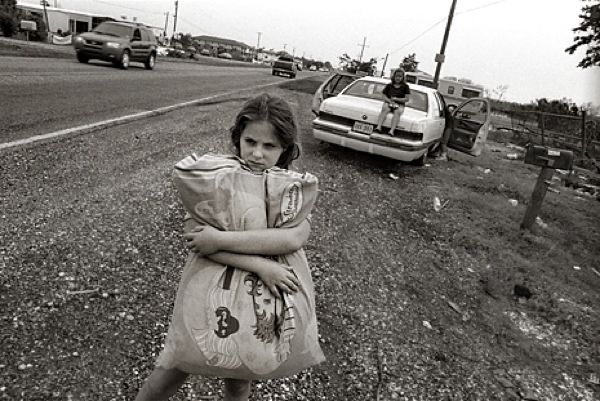 Thanks to a cripplingly low rate of social mobility, drug use is at its highest at the very bottom of the income scale. So it stands to reason the majority of drug busts should take place in poorer neighborhoods. Except it’s not just the majority—nearly all of them do.

As far back as 1996, Human Rights Watch compiled interviews with police departments and found cops disproportionately arrested poor users simply because it was easier. Since drug arrests are incentivized with big fat bonuses, it makes more sense for a struggling cop to just round up a few poor-ass street dealers at the end of the month than attempt to bust that middle class cocaine party in the gated community. This means poorer people are more likely to be harassed or accidentally killed when officers raid the wrong house, while the middle class gets to see police time diverted away from making them safe and into rounding up unemployed pot-heads. 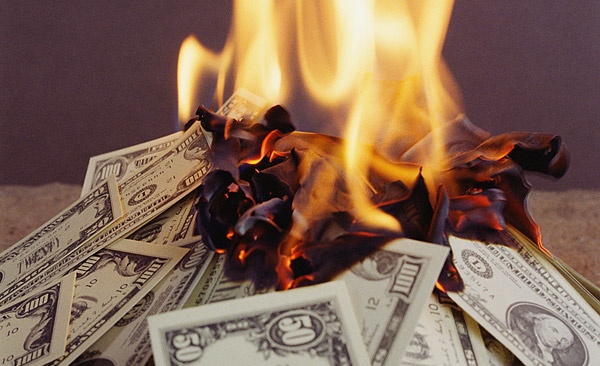 We’re all still suffering from the effects of 2008s Great Depression flashback. Unemployment is stuck around 8 percent, Congress just passed a bill to kill off growth and most of us are wondering when the hell things will get back to normal. But, despite public spending being demolished by our rich-ass politicians, there is one section of the budget no-one has dared touch: drug control. To date we’ve spent over a trillion dollars on the war on drugs, and that price tag is increasing at a rate of $500 per second. Where else could that money be spent? Literally anywhere: poll after poll suggests Americans don’t feel the high cost of the war has been worth it, especially at a time when we’re cutting back welfare and food stamps for our poorest citizens. 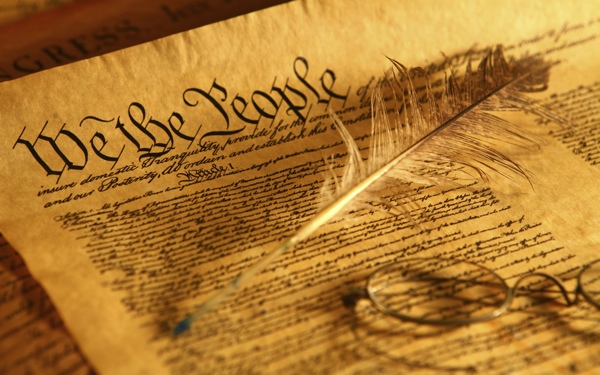 Of all the crappy things about living in a dystopian police state, one of the worst must be the tendency for corrupt officials to illegally detain, harass you and steal your stuff. Thank god we don’t have to put up with that in the land of the free.

Except of course we totally do. You probably remember this 2009 story about a 13 year old Arizona schoolgirl who was strip searched when the headmaster suspected her of hiding drugs. Since the Fourth Amendment explicitly protects you from unnecessary official intrusion that was a direct violation of the constitution. Also, the ‘drugs’ she was allegedly hiding? Over the counter headache pills she didn’t have anyway. While that made it to the Supreme Court and was ruled super-illegal, this sort of thing happens all the time. You remember Florida’s plan to randomly test state workers for drugs, or the recent noise being made about testing welfare recipients? Not only are they both deeply unfair, they’re legally the equivalent of punching the Fourth Amendment in the face. 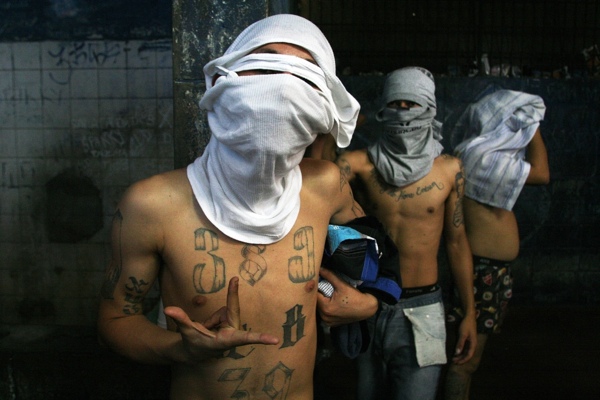 Mexico’s cartels are made up of some of the most violent criminals on the planet. Going into any detail about the atrocities they commit would be way too depressing for an entertainment site, so let’s just agree they’re some of the nastiest people alive. Thanks to the war on drugs, they’re also stinking rich.

In the run up to the November vote on legalization in Washington, Colorado and Oregon, a respected Mexican think-tank released a study claiming a ‘yes’ vote could cut the cartel’s income by up to 30 percent. Now, the Rand Corporation looked at the figures and released their own study claiming the cut would be more like 4 percent, but whichever way you look at it, it’s still taking money from scumbags. According to that last link, all but fifteen percent of the cartels’ profits come from drug smuggling—take away the black market and you’ve destroyed their economic model as quickly as a mass extinction of cows would destroy McDonalds’. It might not be everyone’s dream to live in a country where all drugs are readily available, but at least our heavy weekends would no longer be funding stuff like this. 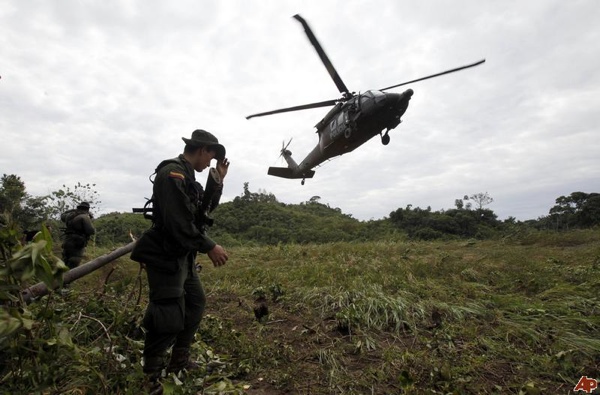 Since the 1980s, Colombia has seen almost impossible amounts of pesticides dumped over its farming communities, national parks and indigenous reserves by US contractors. Meant to wipe out cocaine production, the chemicals have instead destroyed agriculture, poisoned livestock and left children with severe chemical burns. See, most coca isn’t grown on vast plantations by men with machine guns, but by poor farmers who’ve seen their livelihoods swallowed up by supermarkets undercutting their business. Since they have no other choice, they grow coca—and since they often grown on tiny strips of land just outside villages, crop-dusters dumping harmful chemicals often miss and hit things like shops and churches and even schools. After dusting, entire villages often become unusable for agriculture, forcing people to flee to the cities where they wind up living in disease-ridden slums.

Nor is it just South America that suffers. In Afghanistan, NATO have taken to obliterating opium crops—a move that creates massive resentment among the rural poor, often driving them into the arms of insurgent groups. 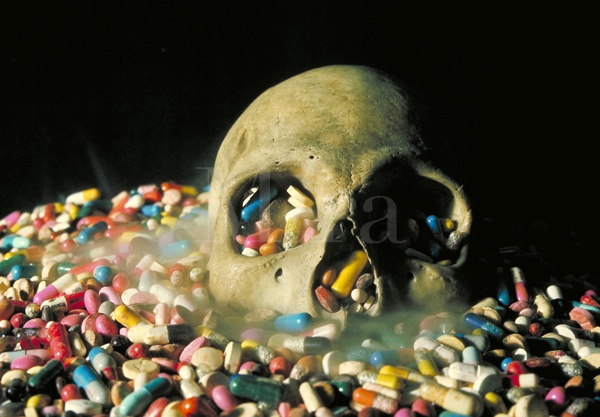 One of the internet’s favorite films is Reefer Madness, a harrowing 1930s portrait of the evils of marijuana addiction. Famously, it shows how a single toke can lead you to a life of vehicular manslaughter, schizophrenia and suicide—instead of the more-realistic one of late night pizza deliveries and Xbox marathons. The funniest thing about it is wondering how anyone was ever sucked in—no-one in the hardbitten twenty first century would fool for such blatant propaganda, right?

Think again: here’s a couple of PSAs that suggest trying Meth will lead to suicide and gay sex in cheap motels. Here’s another that links trying crack with becoming a prostitute, while this objectively-awful video from the 1990s claims ecstasy use will destroy your mind. For the record, ecstasy has been scientifically proven to have no long-term effect on the brain.

Because propaganda only works if it scares people, each of these videos takes extreme examples of full-blown addiction and presents them as the inevitable result of trying drugs. The reality is only around 10 percent of first-time users are likely to become addicts and most of them live relatively normal, if unhappy, lives. Suggesting one pipe of meth leads to addiction and suicide is about as intellectually honest as saying one can of warm beer will lead to liver failure. 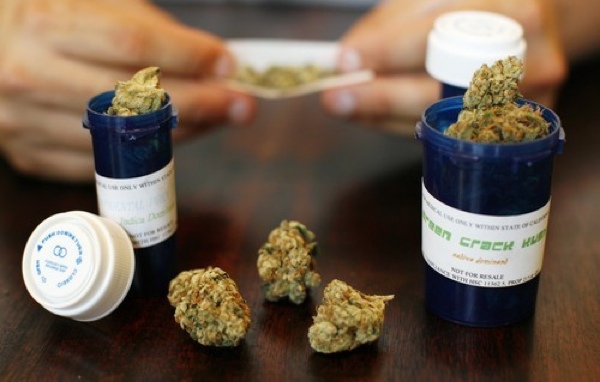 When Portugal famously decriminalized drugs in 2001, no-one was sure what would happen. Some thought it might bring a raft of ‘drug tourists’ from across Europe into the capital Lisbon; others that it might lead to rampant addiction. Instead it reduced addiction, lowered HIV rates, almost halved the number of drug-related deaths and seems by every quantifiable measure to have been a resounding success. Also, those drug tourists everyone was worried about? Never materialized—since decriminalization isn’t the same as legalization, anyone still looking to get legally bombed out their skulls went to Amsterdam instead. Would an approach like this work in America? Well, Portugal’s a much smaller country with a tiny population, but it’s gotta be worth a shot. After all, the best you can say about our current approach is… 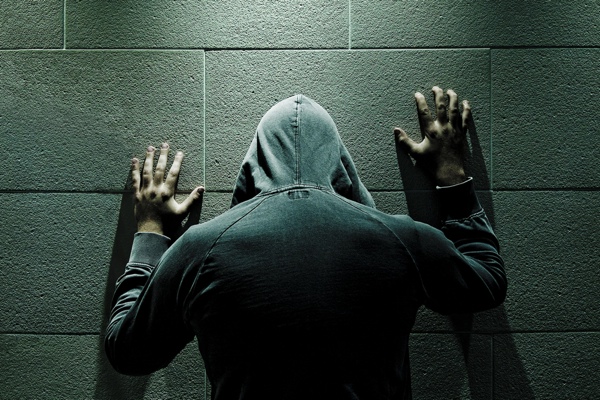 In 2009, a UK report established that only one percent of heroin coming into the country is successfully seized, despite the government spending around £16bn a year on the war on drugs. Worldwide, drug use has continued to steadily rise, while political heavyweights like Bill Clinton and the vast majority of Latin American leaders are declaring the war on drugs a failure. Nearly half of all Americans support the full legalization of marijuana, with around eighty percent supporting its legalization for medical use. Yet the Federal government and most states continue to pursue damaging, racist policies seemingly designed to hurt us all—often for the sake of appearing ‘tough on crime’. But hey, so long as it keeps getting them re-elected, we can probably expect this costly war to drag on for another 40 years.