Since the dawn of human history, we have felt the need to express our creative side. From the earliest surviving rock art and stone carvings to the gloriously refined sculptures and paintings we can produce today, our art continues to be a reflection of society, and of the different cultures we live in. 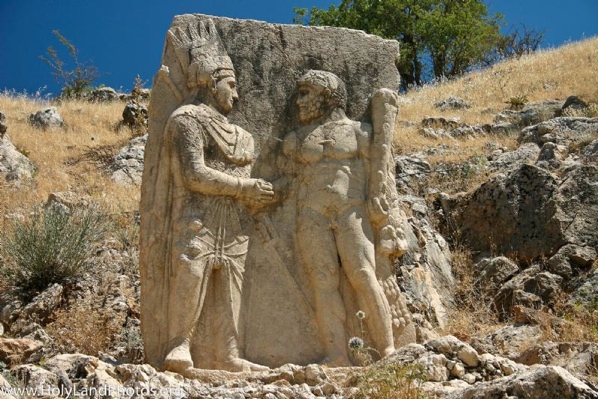 At the ruins of Arsameia in Turkey, you can visit the most ancient known relief carving of two figures shaking hands. The famous eleven-foot (3.5m) relief shows the father of Antiochus I of Commagene—King Mithridates—in royal apparel, shaking the hand of Hercules. Believed to have been created between 70 B.C. and 38 B.C., it is splendid to behold to this day. 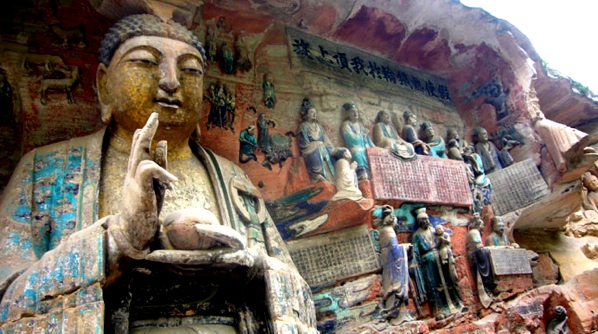 The intricate carvings on the stone cliffs of Dazu are revered as the most sophisticated and exquisite of their time. Created between the ninth and thirteenth centuries AD, they are a clear testimony to the congenial and harmonious integration of religion, philosophy, and culture that China experienced during this epoch.

Their well-preserved condition make them stand out from the larger carvings found at many other national sites. Varying in size from very small to grandiose, over fifty thousand sculptures and one hundred thousand engravings and etchings can be seen in the sunlight—all of them connected via well-maintained passages and trails. 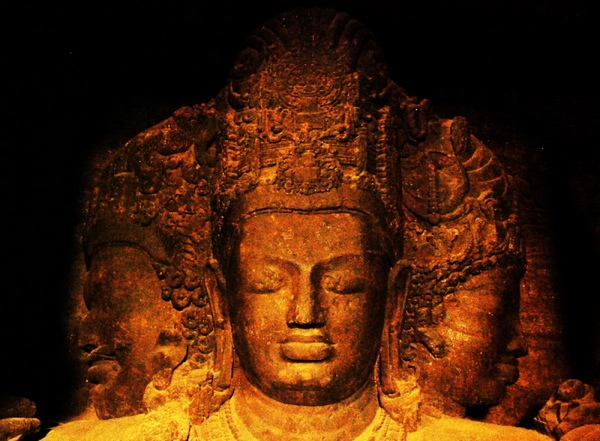 The cave temple on Gharapuri Island has been called one of the seven wonders of India. It was carved from the natural landscape in the fifth century, and hosts the embodiment of Indian art in the form of staggeringly beautiful carvings and statues. The carvings on the panels portray various Hindu deities, along with their attendants.

The most important and brilliant sculpture depicts the Trimurti. This twenty foot image was carved in relief at the back of the cave, and it presents the three-headed Shiva. To reach the temple, you have to travel from the Indian mainland to the island, traverse the mountain, and find your way through the caves. 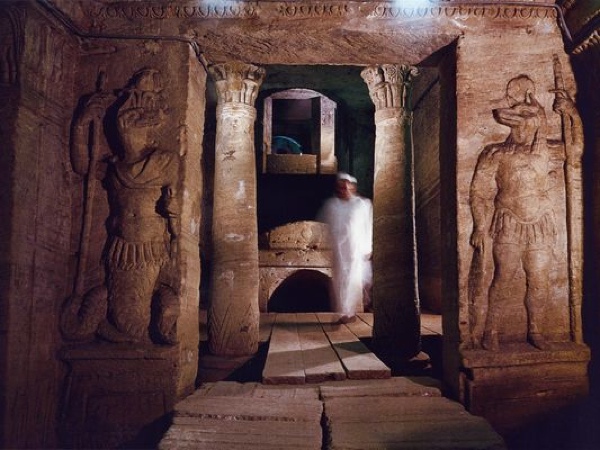 The catacombs in Alexandria include tombs, sculptures, and other archaeological artifacts that blend Greek, Roman, and Egyptian features. Carved in the second century and in use as a cemetery until the fourth century, the catacombs were then forgotten until being rediscovered in 1900.

The most beautifully sculptured reliefs and carvings can be seen at the entrance to the temple and inside the main tomb; they feature Egyptian rituals, as well as various gods and deities. The Greek influence becomes more evident in the main tomb, where a relief carving depicts the shield of Athena with Medusa’s head pictured on it. 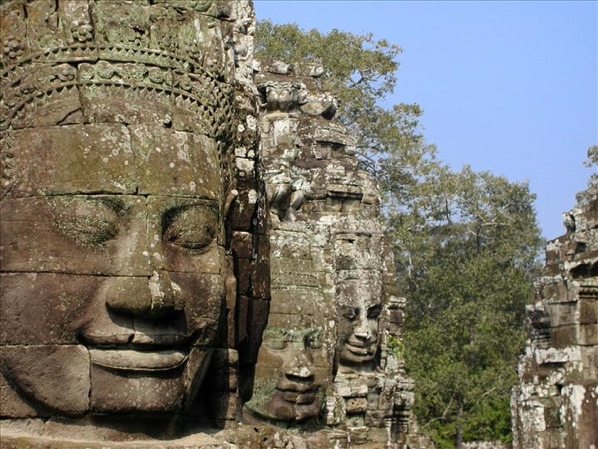 The temple at Angkor Wat has the distinction of being the largest religious monument in the world. Its allure brings more than a million visiting tourists every year. Built in the twelfth century, it is admired not only for its massive size, but also for the tremendous intricacy of the reliefs and the assorted devatas (minor female deities) that adorn the temple walls.

In fact, hundreds of artists carved practically the whole temple—from the pillars, to the lintels, to the roofs. The extensive reliefs mainly portray scenes from the ancient Hindu epics, and they stretch for miles. 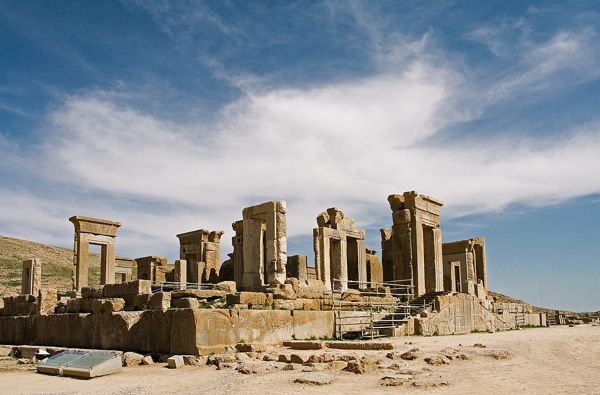 Built by Darius the Great around 515 B.C., the palace must have been a wonder to behold. Massive columns—of which thirteen remained standing by the twentieth century—supported the roof. The staircases were embellished with rows of reliefs that displayed successions of delegates, soldiers, guards, and chariots carrying presents and offerings to honor the king. The front walls of the palace were carved with images of the Immortals of 300 fame—the Persian Kings’ noble guard. 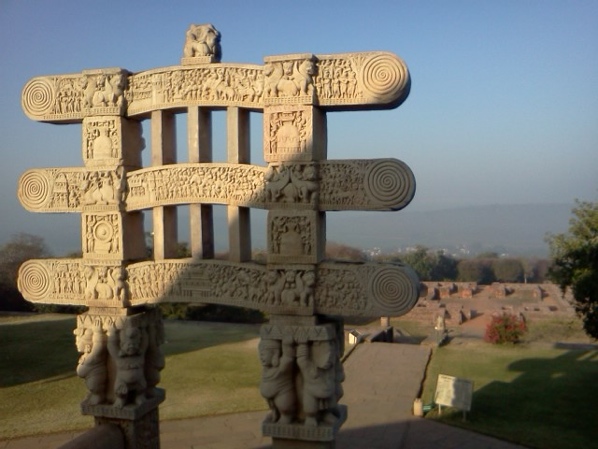 Sanchi is a small village in India that is famous for its stupas, or Buddhist memorials. The most noteworthy of these is the “Great Stupa,” constructed in the third century B.C. The most phenomenal relief and stone carvings in Sanchi are the Toranas, which were placed strategically around the Great Stupa. These are carved with scenes depicting the life cycles of the Buddha. No spot was left bare on any of the Toranas; one even features a sculpture of Yakshini upholding a trestle architrave. 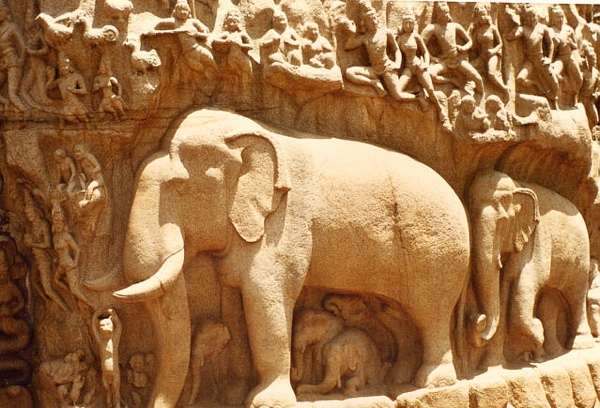 Various memorials were built in and around the town of Mahabalipuram between the seventh and ninth centuries A.D., and today four of them are recognized as World Heritage sites. “Descent of the Ganges” or “Arjuna’s Penance”—recognized worldwide as the world’s largest preserved open-air relief—measures ninety-six feet (29m) long by forty-three feet (13m) high, and was carved from monolithic rock.

Two different but equally flattering interpretations exist as to the artwork’s symbolism. Either Arjuna or Shiva appear to the left of the shrine, and on the right hand side, life-sized elephants shield their young beneath a legion of creatures, all flawlessly suspended for aeons to come. 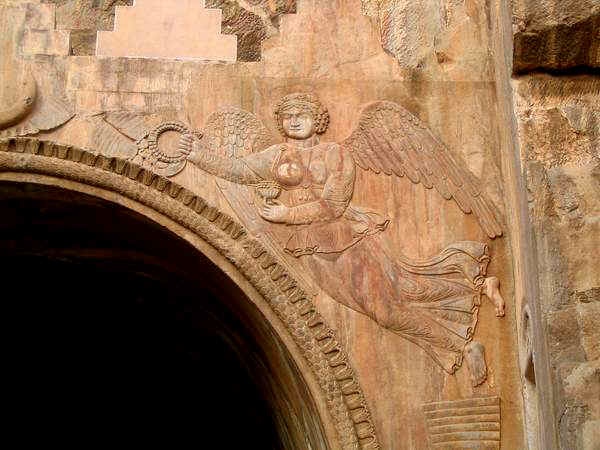 The carvings of Taq-e Bostan lie along the historic Silk Road caravan route in the Zagros Mountains. The exquisite and wonderfully preserved artworks were created between A.D. 226 and A.D. 650, during the rule of the Sassanid Dynasty. The site’s brilliant location, next to a historic waypoint and campground, would have ensured that every traveller saw its splendor—splendor that has remained largely unchanged for the past seventeen hundred years. The artworks include two beautiful arches that depict crowning ceremonies, hunting scenes, as well as various Sassanid patterns. The majesty of the carved mountain is reflected in an adjacent pool of water, which itself is fed from a sacred spring. 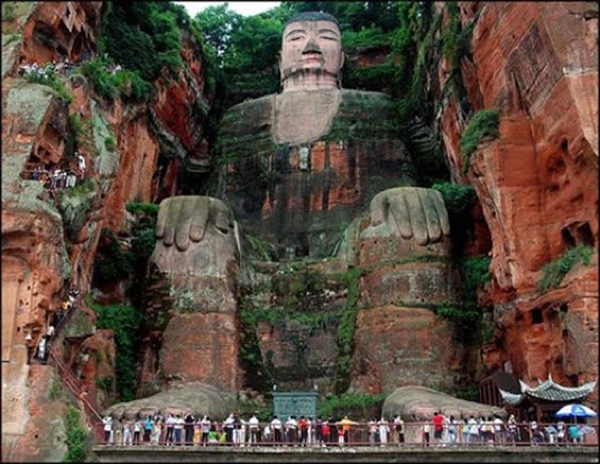 The largest stone Buddha in existence was carved out of a cliff face in the Sichuan province around A.D. 713. The construction was begun by a monk, who hoped that the Buddha’s presence would pacify the tumultuous river. It is said that so much stone was deposited in the river during its construction that the currents were indeed changed, making the waters safer for passing ships. An exceptional drainage system that is still in working order today was integrated into the artwork—keeping it safe from water run-off.