Habemus Papam! This Latin phrase meaning “we have a pope”—uttered by the Cardinal Protodeacon upon the elevation of a new supreme pontiff—has again rung out against the white smoke of the Sistine Chapel chimney in Rome. After two days of voting, the Cardinals of the Roman Catholic Church have elected Cardinal Jorge Mario Bergoglio as Pope and he has taken Pope Francis as his regnal title. This list looks at ten fascinating facts about the new leader of over one billion Catholics in the world: Pope Francis (the first). 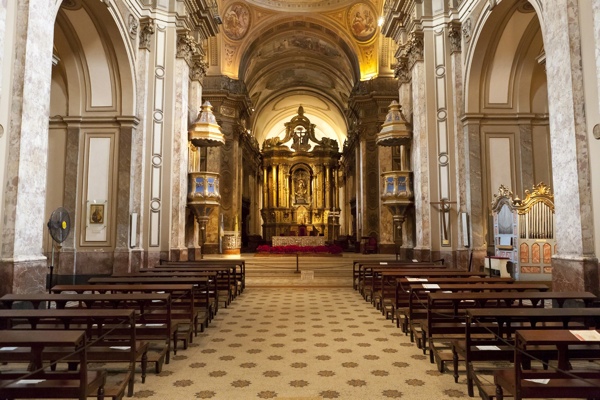 Pope Francis was born in Buenos Aires, Argentina in 1936 making him 76—two years younger than Pope Benedict upon his election. Pope Francis is the first pope from the Americas. His father was an Italian railroad worker which probably accounts, in part, for his humility and simplicity in his life as an Archbishop and Cardinal. He has four brothers and sisters. Before entering the seminary it was Bergoglio’s dream to become a chemist. It is unlikely he ever imagined he would one day be the Supreme Pontiff. 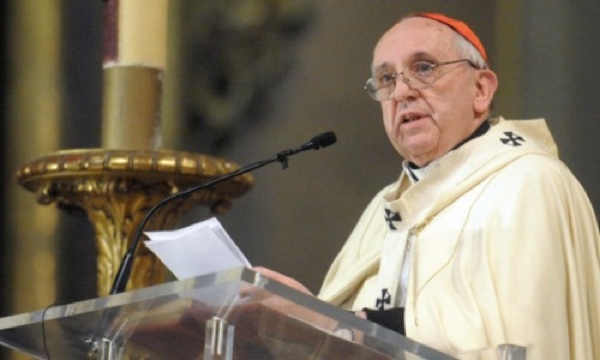 Pope Francis is believed to have been a serious contender at the 2005 conclave which eventually elected Pope Benedict XVI. Leaked documents after the conclave show that Pope Francis received forty votes in the third ballot but this was reduced to twenty-three in the final one. He was very popular at the time and it is likely that this popularity was one of the reasons for his election in this year’s conclave. Smear campaigns and bad press prior to the election of 2005 may have been part of the reason that he lost but it is also said that when he realized he might win, he asked the Cardinal Electors not to vote for him. Perhaps a similar situation arose this time given the fact that the final ballot took much longer than was expected. 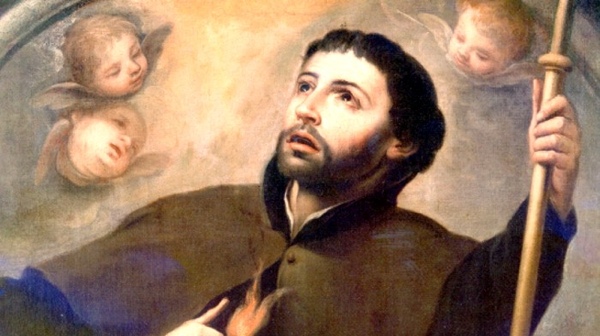 Pope Francis is the first pope to reign with that title. He selected the name in memory of St Francis of Assisi. Interestingly, another Francis is St Francis Xavier—the co-founder of the Society of Jesus (Jesuits)—the other founder was St Ignatius. The Jesuits are currently considered to be very liberal but Pope Francis was one of the rare conservative members of the society. For this reason a smear campaign was started prior to the 2005 election against him claiming he “never smiled”. It is believed that the campaign was initiated by other members of the Jesuit order. 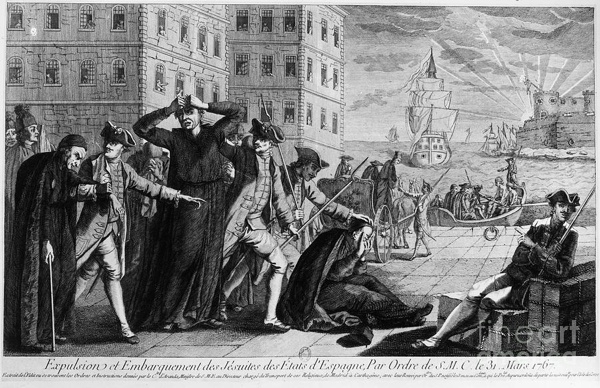 The Jesuits were founded by St Ignatius Loyola and six students from the University of Paris (including St Francis Xavier) in 1540. The intention of the order was root out protestantism and to run schools. They were suppressed in 1760 for their political maneuvering but the suppression was lifted in 1814. In modern times the Jesuits have often been involved in liberation theology—entwined with modernism which allows for the alteration of inalterable dogmas. However, a few remain true to the original intentions of the founders and Pope Francis is amongst that few. 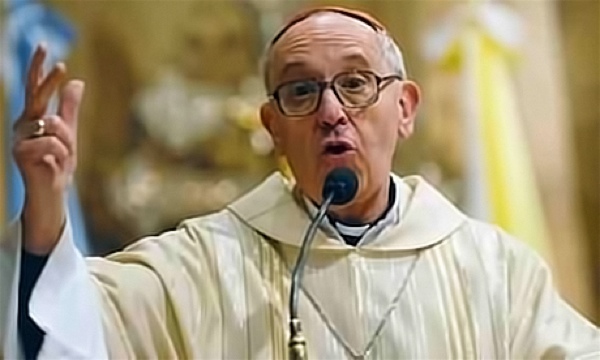 Pope Francis is considered to be amongst the conservative faction of the Church. In the early 1900s (some might even say earlier) a heresy arose called modernism. Essentially the people who subscribe to this view believe that the Church can—and should—reverse previous dogmas and strip the Church back to a simplistic form as seen in the early years. Many Popes spoke against modernism claiming it would lead to confusion and dissent and ultimately the destruction of the Church. With the Second Vatican Council in the 1960s, modernism was introduced in a subtle way by what had become known as the liberal faction. Since then, the conservatives and the liberals have been at each other’s throats in the Vatican trying to gain or maintain power. Pope Benedict XVI was seen as a conservative Pope and the election of Pope Francis who is also conservative was to be expected given the fact that Pope Benedict XVI elevated more than half of the cardinals from amongst those he trusted most. Having said that, the simplistic life previously led by Pope Francis could mean that the some of the pomp and trappings of the papacy may be minimized in his pontificate. 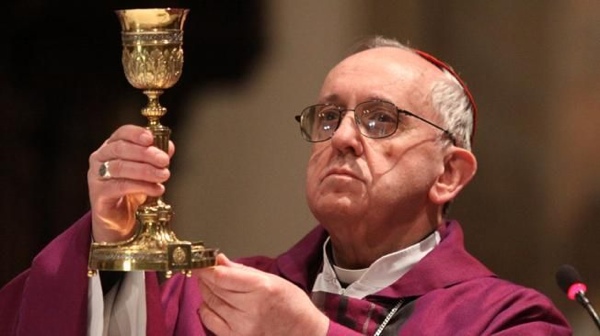 While he is considered to be relatively quiet when it comes to social justice, Pope Francis has spoken out against inequality: “The unjust distribution of goods persists, creating a situation of social sin that cries out to Heaven and limits the possibilities of a fuller life for so many of our brothers.” Nevertheless, Pope Francis advocates personal holiness before social justice believing that the latter will flow from the former. He is more a pope of holiness (through understanding God) first and charity second. This is in conformity with traditional religious education in the Church in the past. 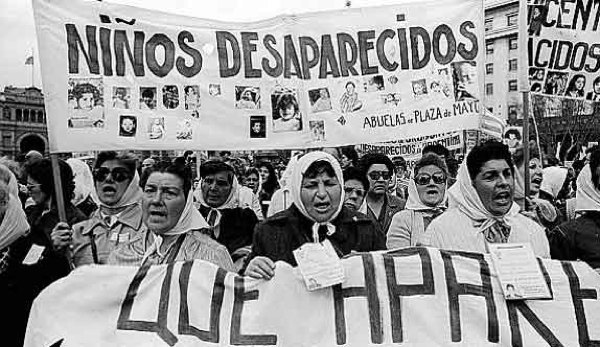 In the 1970s Pope Francis (then the superior of the Jesuits) was accused of kidnapping two Jesuit priests who refused to step down when he ordered them to. This occurred during the so-called Dirty War—a time of state brutality and guerrilla warfare in which the extreme left fought against the conservative government. The priests who were allegedly kidnapped were on the side of the left and Cardinal Bergoglio had ordered that the Jesuits distance themselves from the fighting and maintain a conservative stance. The cardinal rejected the allegations of kidnapping and no charges were brought. 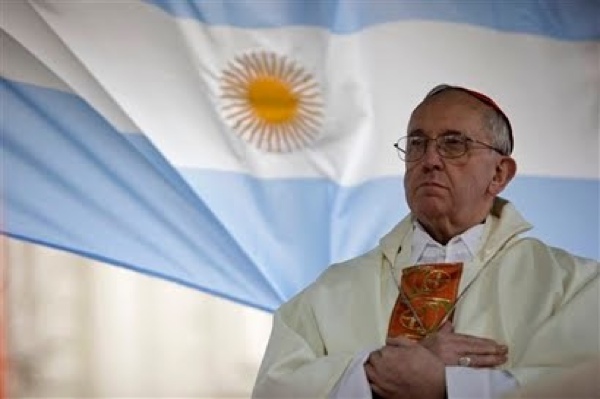 While stating that all humans must be respected (as shown when he washed the feet of twelve AIDS patients in 2001), Pope Francis has strongly spoken against same-sex unions and vehemently opposed legislation in Argentina which intended to legalize them. He also opposes adoption by gay couples stating that it is discrimination against children and a “real and dire anthropological throwback.” He also stated (in a letter to all Argentinian monasteries): “Let’s not be naive, we’re not talking about a simple political battle; [same sex unions are] a destructive pretension against the plan of God. We are not talking about a mere bill, but rather a machination of the Father of Lies that seeks to confuse and deceive the children of God.” 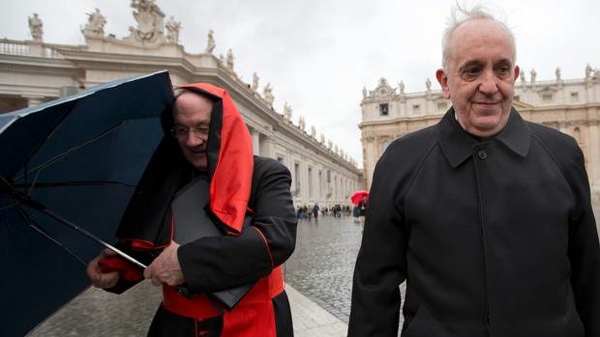 While he was the leader of the Catholic Bishops of Argentina, Cardinal Bergoglio had a palace and chauffeured limousine. He opted, however, to live in a small apartment and catch the bus to work each day. He cooked his own meals and shunned the trappings of his office. For this reason he is seen by many to be a very humble and very holy man. He is noted, on the other hand, for his strength and outspokenness in matters relating to abortion and contraception (which he strongly opposes in line with traditional Catholic doctrine)—don’t expect to see women priests or married priests on his watch. 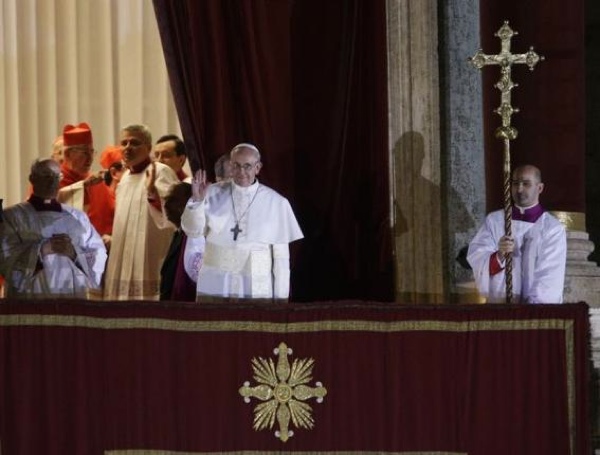 Pope Francis is likely to be a conservative Pope like Pope Benedict XVI. He will most likely continue down the same path as his predecessor but in a perhaps more forceful way. He will probably travel more than Pope Benedict and almost certainly his first foreign visit outside of Italy will be to Argentina. It is probable that his personal habits of simplicity will remain and we will see less of the richness of Church vestments and art during his reign. He is also likely to reform the Curia (government of the Church) as it is seen desperately in need of it following scandals and abuses in the Church. Furthermore, he will be presented shortly with a 300 page document prepared by three cardinals that names and shames the men in the curia behind many intrigues and scandals. There is a good chance that many men will be removed from their current offices.