Superheroes: they’re everything we wish we were ourselves (apart from the spandex; that stuff chafes, apparently). But so many of our favorite comic book characters very nearly weren’t what they are today. In fact, they had to go through many chops and changes before they became the characters we’ve loved, feared and revered through the decades. So here are ten little-known facts about your favorite comic book characters: 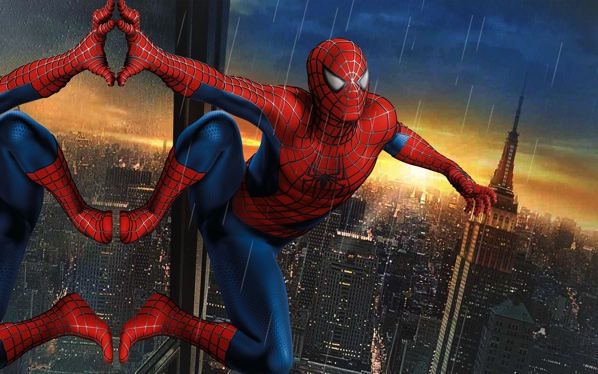 Spider-Man is without doubt one of Marvel’s most famous, popular, and money-spinning characters. But Spidey was very close to being kicked in the wastepaper bin mere moments after making it off the drawing board. Martin Goodman, head of Marvel at the time, told Spider-Man creator Stan Lee that he thought the new hero was a “rotten idea” for a comic book hero.

Goodman sincerely believed that the character would struggle to ingratiate himself with Marvel’s adoring fans, for the simple fact that people were scared of spiders—so they’d supposedly be scared of him.

9
Superman Was Originally a Bald Megalomaniac 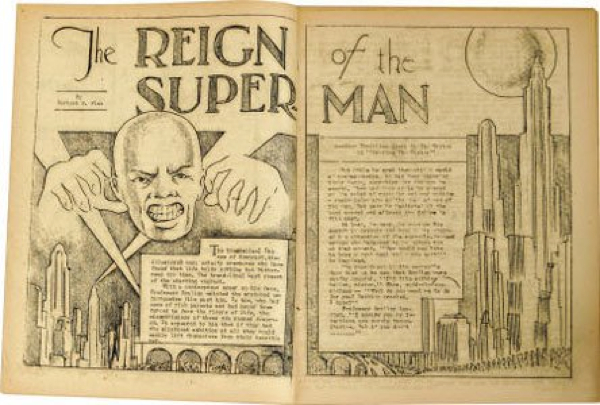 The son of Krypton’s creators, Jerry Siegel and Joe Shuster, originally conceived of The Superman as a telepathic scientist obsessed with world domination. And the kicker? He was bald. An evil Professor Xavier if you will. Butby the time Superman had found a publisher—a six year process—the character had become the dashing hero, with a full head of hair, whom we know and love today.

8
Captain America Had to Change His Shield 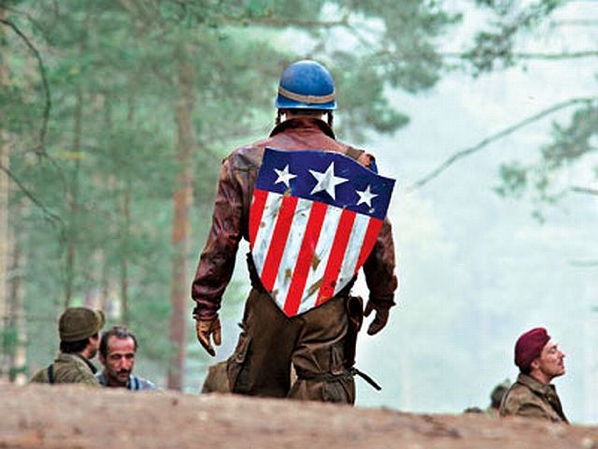 One of Cap’s most popular features has to be his shield. He’s walloped Hitler with it, rescued it from the deepest, darkest depths of the sea, and beaten various villains to a pulp with his silvery shield of justice. But the shield was originally intended to be very different from the versatile disc-shaped one adorning Cap’s front covers today.

Joe Simon and Jack Kirby originally dreamed up a heraldic-shaped shield. But rival comic publisher MLJ already had a patriotic character called The Shield who had a very similar looking heraldic logo on his chest. Due to legal pressure from MLJ, Marvel (then “Timely”) changed the design—and by the time Captain America made his first appearance in America Comics No.1, in March 1941, the new shield had been penned, inked, and signed off. 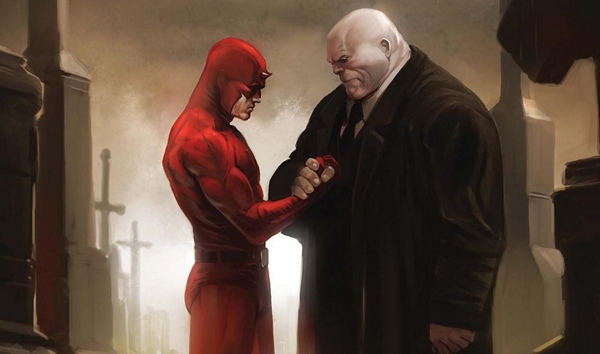 Although Ben Affleck did his best to butcher the character in the movie version of the comic, Daredevil fans are some of the most loyal comic books followers out there (right up there with fans of DC’s Flash). But the acrobatic avenger of the streets very nearly fell from his perch a few moments after taking flight.

Stan Lee made it clear to the Marvel team: if there were even the vaguest whiff that the comic was causing offense to blind people, or blind organizations, he would pull the book from the shelves quicker than you can say Matt Murdock.

6
The Hulk Was Supposed to Be Gray 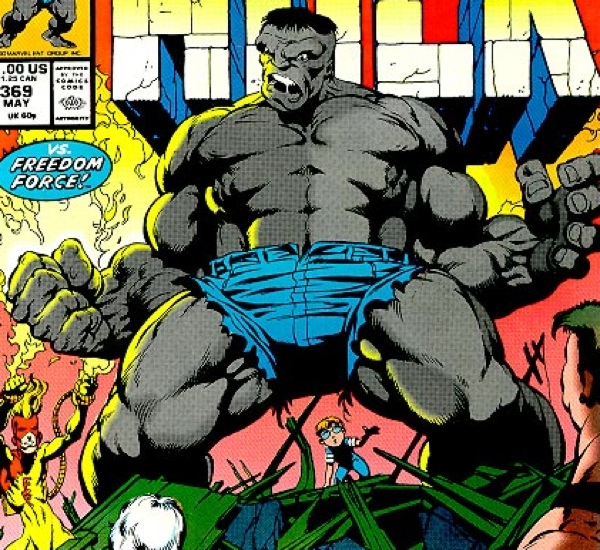 What’s the first thing you think about when you imagine the Hulk? The fact he’s bright green, right? Well, this very nearly wasn’t the case. Stan Lee always intended for the Hulk to be grey—and so he was, in the very first issue of the series The Incredible Hulk in 1962.

This didn’t last for long, however. Due to the fact that there were major problems with the inconsistency of the printing, they ended up having to choose a color instead. One of the most consistent colors in print at the time was green, so they opted for that.

When the comic book was first made into the classic TV show, the executive producer Kenneth Johnson pushed for the Hulk to be red, to symbolize anger. And in a further twist, as printing has become more proficient, a grey Hulk has appeared numerous times in the modern comic era. How long will it be until we see him in red?

5
The Joker Was Going to Die in Batman No.1 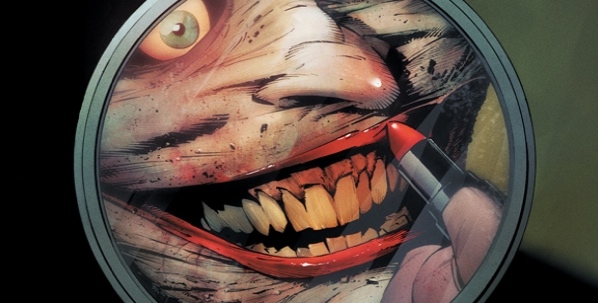 The Joker has to be the best super villain of all time. But Batman creator Bob Kane was ready to kill off the evil jester in his very first appearance. As with many of Batman’s early villains, the plan was to have the Joker die through some fatal accident. Batman’s editor Whitney Ellsworth saw potential in the character, however, and forced Kane to include a panel showing the Joker coming back to life.

4
Venom Was Going to Be a Woman 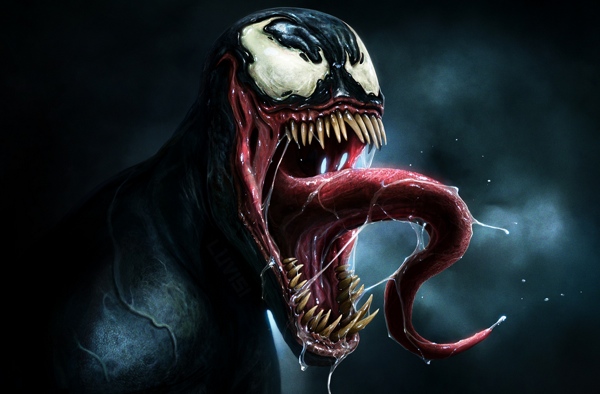 When the Symbiote—an evil alien-suit which takes over its host—was discarded by Spider-Man, writer David Michelinie didn’t know what to do with it. Eventually, he decided to give the suit to a woman. But Michelinie decided that she needed to hate Spider-Man so much that she wanted to kill him, so he plotted out a story which, in true comic fashion, is massively convoluted.

Brace yourself—this plotted version went as follows: a heavily pregnant woman is traveling in a taxi cab; Spider-Man distracts the driver, and the cab crashes into her husband. The husband dies in front of wife’s eyes, and she loses her baby due to the shock. She ends up institutionalized with mental illness, and promises herself that she’ll avenge the deaths of her husband and her baby.

When Michelinie moved over to Amazing Spider-Man, he pitched that very idea to his boss, who said that the readers would never see a woman as a realistic physical threat to Spider-Man. Eventually, Michelinie came up with the character of Eddie Brock instead—the name eventually becoming synonymous with Venom.

3
Iron Man Was Created as a Dare 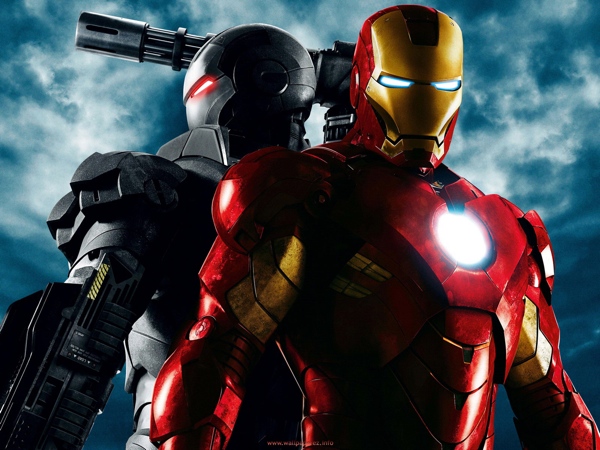 Stan Lee and artist Don Heck created Iron Man at the height of the Cold War in 1963, when the American people were very much aware of war and its impact on their lives.

On paper, Tony Stark offered no alternative to this; in fact, he really wasn’t the most like-able superhero at all. He was an arms dealer, a bit of a womanizer and more arrogant than possibly any other comic book creation. But this was the point. Lee was challenged by his publisher Martin Goodman to create a superhero who was also a “wealthy capitalist war profiteer.” Lee took on the challenge, believing all the while that Stark would be a big hit—and he was dead right.

Perhaps one of the reasons for Iron Man’s success was the fact that he was loosely based on the celebrity Howard Hughes, who embodied many of the superhero’s traits in real life. And when the artist Heck first sketched the hero, he imagined the popular actor Errol Flynn.

2
Wonder Woman Was Created as a Feminist Ideal 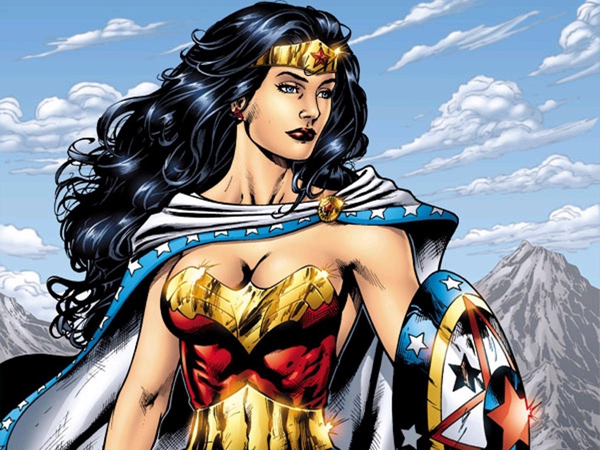 Throughout the Golden Age (1930s and ‘40s) and the Silver Age (1950s and ‘60s) of Comic Books, the industry had many critics. One such critic was Fredric Wertham, a child psychiatrist who believed that comic books were turning American youths into perverted juvenile delinquents.

In true comic book fashion, however, a hero saved the day. Dr. William Moulton Marston was not only an American psychologist, but also a passionate advocate of women’s liberation. And Marston had the complete opposite view to that of Wertham, believing that comics could have a considerably positive affect on kids’ ethical groundings.

To prove his point, Marston created Wonder Woman in an attempt to educate Marvel’s readers about feminist ideals (Marston believed that a period of ‘American matriarchy’ was coming . . . although he also believed this would, in part, be achieved through the enslavement of men via seduction).

Of course, the comic-book hater Wertham saw the worst in this new character, and despised what he called the “lesbian overtones” of the book. We should also bear in mind that Marston was rather liberal in his personal life; he lived in a house with two women, and had children by both of them. In fact, both his wife Elizabeth and his mistress Olive were huge influences on the creation of Wonder Woman.

Incidentally, Marston was also responsible for inventing one of the early polygraph machines—which is the reason why anyone caught in Wonder Woman’s lasso is compelled to tell the truth.

1
Wolverine Was Nearly Called The Badger 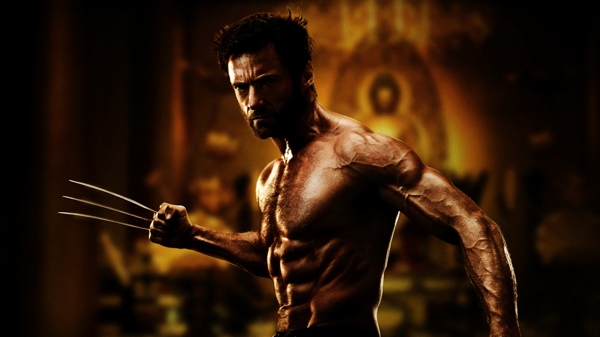 Wolverine was created by writer Len Wein, because he needed a character who could do battle with the The Incredible Hulk. The Wolverine made his debut in issue 181, way back in 1974, as a Canadian special agent ordered by a government department to capture Hulk and “bring him in.”

The early Wolverine displayed many of the traits—the claws, the yellow-and-blue costume, and the mask with the pointed ears—which would remain when he became a fan favorite as a member of the X-Men. But things could have been very, very different.

The character of Wolverine was conceived when Wein decided that he wanted to create a character who would be popular in Canada. He knew that heroes based on animals were a big hit in the US, so he brainstormed Canadian animals, eventually narrowing it down to two: The Wolverine and The Badger.

Thankfully, Wein’s editor stepped in and suggested that the connotation of a wolf would make for a better superhero . . . and so the entire Marvel Universe dodged a bullet of considerable size. “This summer! In a cinema near you! The Badger!” just doesn’t have the same ring to it, does it?

Gareth May is an author and the co-editor and founder of His ‘n’ Hers Handbook—a lifestyle website for couples with a geeky twist. His debut book, 150 Things Every Man Should Know, published in November 2009, was selected as one of the best books of the year by The Independent on Sunday. It has been published in the USA, Russia and China. His second book, Man of the World, was published in June, 2012. Born and bred in Devon, he now lives in London.