The only way we know the world is via our senses. Therefore the senses that we have are fundamental to our thinking and understanding. Children are often told they have five senses but in reality humans have at least nine and perhaps many more, depending on our definition of sense. The animal world puts humans to shame though. Some animals have senses humans also possess, but to a far higher acuity, or sense the world in entirely different ways. Here are ten of the most interesting senses of the animal kingdom. 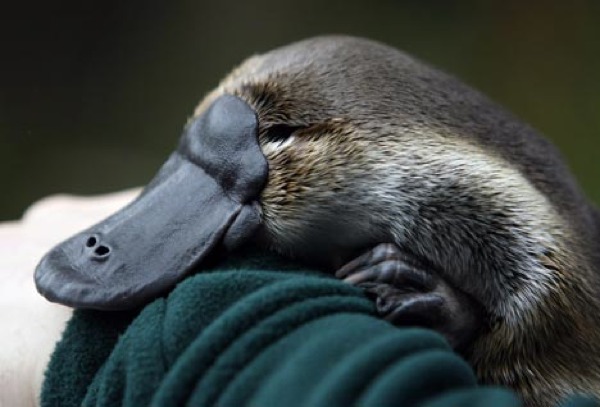 When the Platypus was first reported to scientists in Europe the description of a mammal with a bill like a duck which lays eggs was considered to be a hoax. Just what is the purpose of the absurd looking bill? The platypus hunts for small invertebrates at the bottom of rivers and ponds. While diving its eyes, nostrils, and ears close against the water. The bill of the platypus is packed with sensory cells able to detect the weak electrical fields put out by animals as they move. As well as the electrical sense the bill contains cells sensitive to disturbances in the water. Together these two senses, electroreception and mechanoreception, enable the platypus to locate their prey with stunning accuracy. 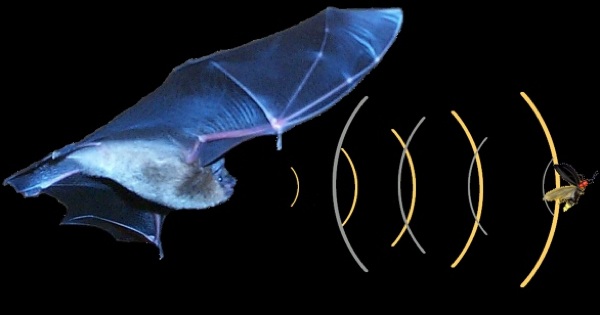 While bats are proverbially said to be blind the real animals do have sight. If bats eyes are small and rather less powerful than other predatory animals it is because some have developed the ability to hunt using sound. Echolocation in bats is the use of high pitched pulses of sound and listening for the return of that pulse to judge the distance and direction of objects in their environment. They judge their target not just on the length of time it takes the pulse to return but also the Doppler shift of the sound which reveals the speed of the insect. Being nocturnal and hunting mostly for small insects they need a sense which does not rely on light. Humans have a very rudimentary form of this sense (we can judge where a sound comes from) but some individuals have developed it into true echolocation. 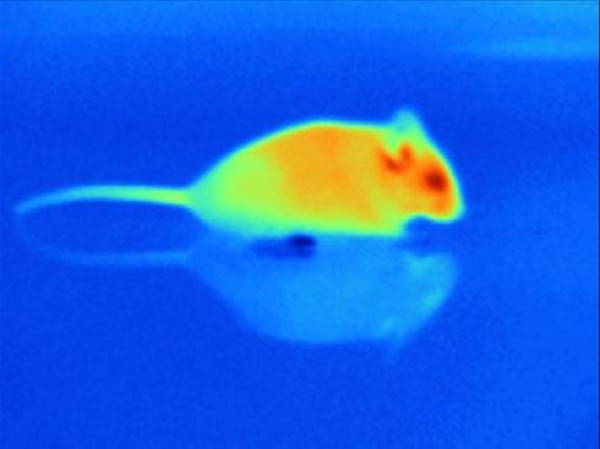 When police chase criminals at night or rescuers search for people trapped under rubble they often turn to infrared imaging devices. Most of the thermal radiation emitted by objects near room temperature is in the form of infrared so detecting this can be used to judge surroundings on the basis of heat. In several groups of snakes which hunt for warm blooded prey there are pits on their heads which can detect infrared light. Even snakes which have been blinded can still hunt accurately using just their ability to sense infrared. Interestingly the molecular basis of infrared detection in snakes is completely different to the sensing of visible light and must have evolved separately. 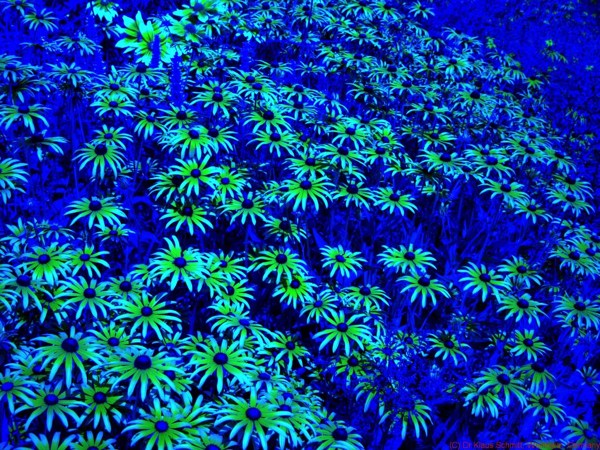 Most people agree that flowers are pretty. While they are mere adornments to us they are vital to the plants themselves and to the insects which feed from them. The flowers are there to encourage pollination by insects so it makes sense that they should stand out in some way to help insects find them. In the case of flowers pollinated by bees there is far more to their appearance than meets the (human) eye. Such flowers viewed in the ultraviolet spectrum often reveal patterns designed to draw in the bees. Bees do not see the world as we do. They have a different range of visible light (blue and green) than we do and have a set of cells specifically for the detection of ultraviolet. As my botany professor once said “Plants use flowers as whores use lipstick; to draw the punters in.” 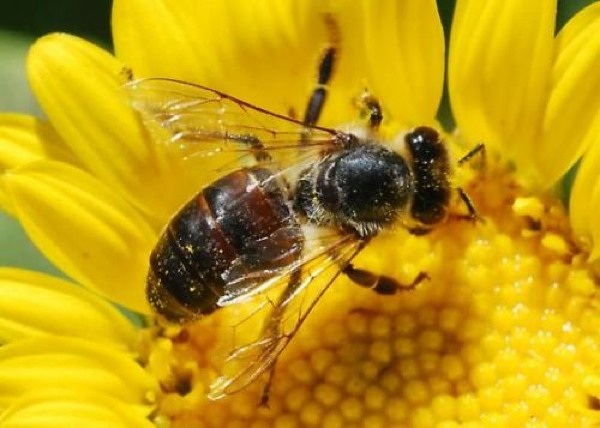 Bees have a second sensory trick up their furry little sleeves. For a bee finding the hive again after a busy day of flying about is a matter of life or death. For the hive it is important for a bee to remember where a source of food can be found. Bees may be many things but they are not blessed with an overabundance of brains. To navigate they must use a variety of information and one of those sources seems to rest inside their abdomen. A small ring of magnetite particles, magnetic granules of iron, inside the bee can detect the magnetic field of the Earth and help a bee define its location. 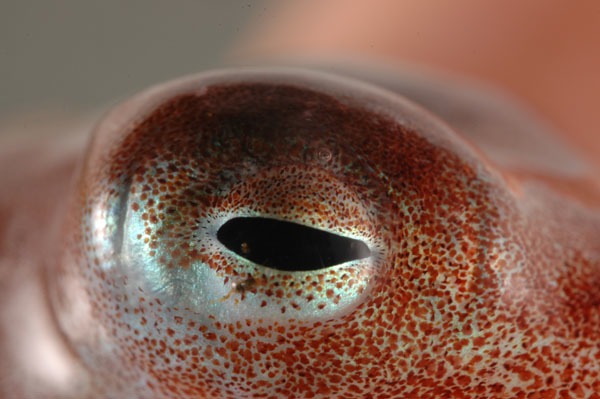 Light can oscillate in many directions but when all light is moving on the same plane we call it polarized. Humans cannot detect the polarization of light without equipment to help. This is because the detection cells in our eyes are randomly positioned. In octopuses the cells are regimented and so will see polarized light as most bright when their cells line up with the direction of oscillation of the light. How does this help octopuses hunt? One of the best forms of disguise is to be transparent, and a number of animals are nearly invisible to visible light in water. However underwater light has a polarized component which some octopuses can detect. When this light travels through the body of a transparent animal its polarization will be changed and the octopus can see that and capture the prey. 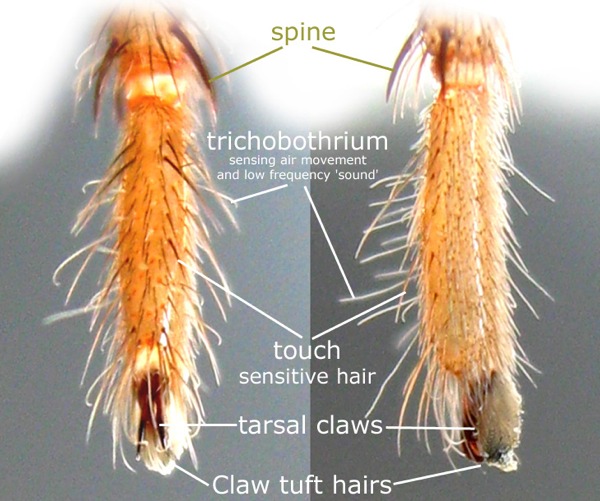 Humans can feel all over their body because the skin has touch sensitive cells distributed all over it. If you clad us in a suit of armor however we would lose much of that sensitivity. That would not be much more than an inconvenience to us but to a hunting spider it would be disastrous. Spiders, like other arthropods, have a tough exoskeleton which protects their bodies. But how are they to sense what they are touching, how much it is moving, or what the stress is on their legs? They have small slits in the exoskeleton which allow for stress to be measured by the deformation of the slit by force. This allows spiders to get a much better sense of their world than would otherwise be possible. 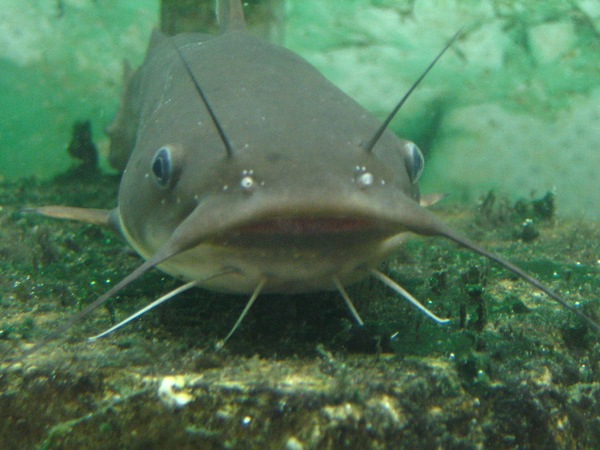 In most societies it is polite to keep one’s tongue inside your mouth. Unfortunately for catfish this is impossible because their entire body is covered in taste sensitive cells. Using up to 175,000 of them they can taste in all directions from the water which flows over them. Their amazing sense of taste gives them the ability to detect the presence of prey from far away but also to locate their position when close by in the muddy waters they typically live in. 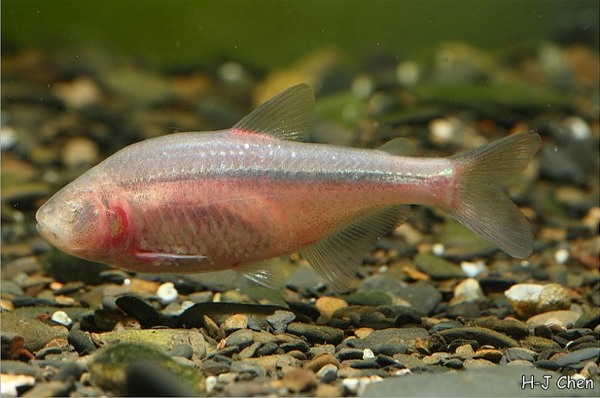 Many animals which have evolved in dark environments have either only rudimentary, vestigial eyes or have lost their eyes entirely. In the very near pitch black of a cave there is no advantage to species in maintaining organs of sight. The cave fish Astyanax mexicanus has entirely lost the use of its eyes and yet has developed a method of sensing the very small decrease in light given by being under a rock. When young this ability gives them the ability to flee predators and hide. The pineal gland in animals responds to light to govern an animals sense of day and night. In these fish the translucent body allows light to reach the pineal gland directly and it is this the fish use to find shelter. 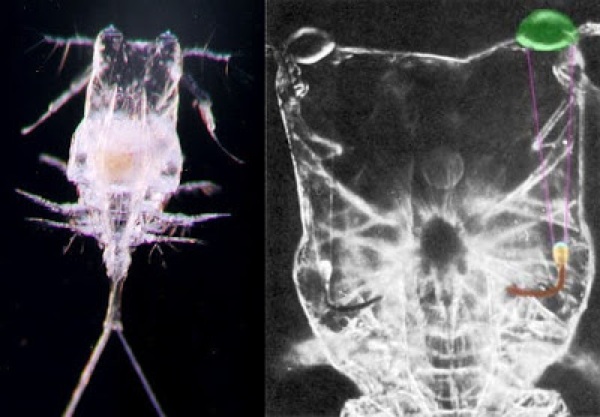 There are a huge variety of eye forms to be found in nature. This makes the evolution of eyes surprisingly easy to understand, despite creationists raving about its impossibility. Most eyes which are more than simple light sensitive cells are composed of a lens, to focus light, and a patch of sensitive cells onto which the image of the world is projected. To focus the image the lens can change shape, as in humans, or move back and forth, as in octopuses, or in a variety of other ways. So while sight is common there is a type of crustacean, Copilia quadrata, which has a novel solution to imaging the world around them. Their eyes use two fixed lenses and a mobile sensitive spot. By moving the detector cells the Copilia builds up an image with a series of dots as it measures light levels in a number of positions.