The last time around, we discovered why Brazil nuts always rise to the top of a can of mixed nuts, why Cheerios clump together in milk, why people tend to think they’re above average, and more. But the world is full of fascinating effects, so why stop at 10? Keep reading to learn if evolution ever reverses course, if people perform better—or worse—when they’re being watched, why some pregnant mice will intentionally abort their unborn young, and more. 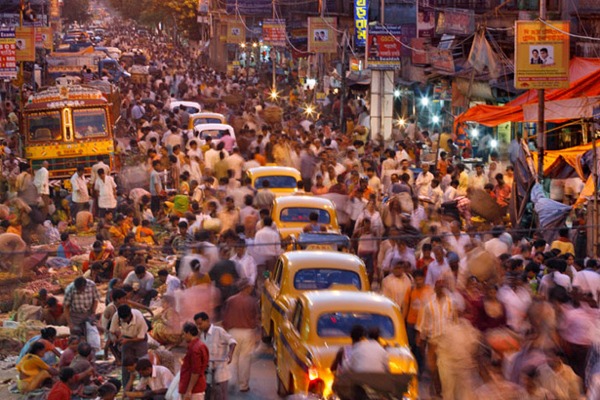 The Allee effect is a biological phenomenon where the per capita population growth of a species (or a population within that species) drops when the total number of members of the species drops. Stated differently, each female gives birth to more offspring when density is higher within a population. Named after American zoologist Walter Clyde Allee, the effect changed the common understanding of population growth.

At the time of his studies, it was believed that populations would, in fact, thrive at a certain lower population, because more resources would be available to those fewer specimens. In other words, population growth would slow with higher numbers, and grow with smaller numbers. However, the work of Allee (and others) demonstrated that as population drops, so does the number of available mates—and the amount of group protection—and thus, the population growth slows. Conversely, the more members of a population there are, the faster growth occurs. 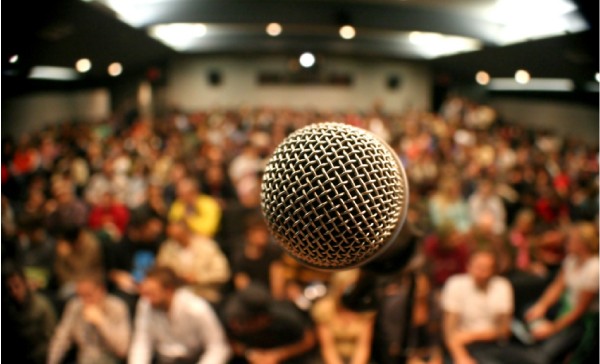 The audience effect is the effect an audience has on a person—or a group of people—who are attempting to perform a certain task while being watched. An effect first studied by psychologists in the 1930s, it primarily shows up in two opposite extremes; many performers (athletes in particular) will actually raise their level of play when a large crowd is watching, while others will succumb to stress and self-consciousness and end up performing worse than their true talent level.

Related to the audience and drive effects is the Pygmalion Effect, which connects the positive expectations placed upon a performer to the resulting high quality of that performance. Named after the classic George Bernard Shaw play Pygmalion (upon which the film “My Fair Lady” is based), and sometimes called the “Rosenthal effect,” the effect is essentially a type of self-fulfilling prophecy. The opposite of the Pygmalion effect, which states that lower expectations may lead to lower performance levels and success, is known as the “golem effect.”

The effects of Pygmalion have been studied at length in the world of athletics, business, and especially education. In business, the effect is seen most often in the way managers get results based on their expectations of their own employees; as former business professor J. Sterling Livingston noted in his studies of the effect, “The way managers treat their subordinates is subtly influenced by what they expect of them.” Similarly, the research conducted by Robert Rosenthal and Lenore Jacobson on the Pygmalion effect in the classroom suggests that when teachers expect higher performance from certain students, those students would more likely than not deliver. 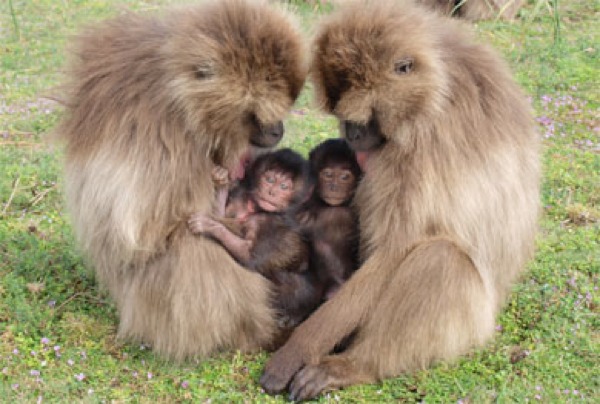 When pregnant female rodents detect the smell of an unknown male, they will occasionally terminate their own pregnancy. This effect, first studied by British zoologist Hilda Bruce, has also been observed in certain mice, voles, lemmings, gelada monkeys, and perhaps even lions. Thought for some time to be restricted to animals in captivity, the effect was observed and studied in the wild for the first time by University of Michigan researcher Eila Roberts. The burning question, in all cases, is: why would a mother abort her own child?

Roberts spent five years studying geladas in Ethiopia, and collected data from 110 females from 21 different groups. After analyzing fecal samples for hormones that would give her hard pregnancy data, Roberts discovered that in groups where a male galada had asserted his dominance—effectively “taking over” the group—a significant number of females experienced early termination of their pregnancies. Groups without a male takeover, on the other hand, saw far, far higher birthrates. The answer to the $64,000 question hinges on the tendency for dominant males to kill infant geladas; they do this because females are only fertile after they stop raising their young, and the males get impatient. As to why the mothers terminate their unborn babies, it’s speculated that knowing the babies will be killed anyway, it will save the mothers wasted time, effort, and resources. 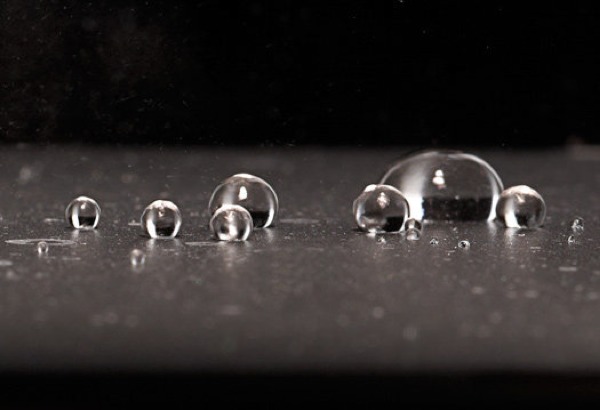 If you’ve ever sprayed droplets of water on a very hot pan, and seen those droplets skitter around like crazy, then you’ve observed the Leidenfrost effect. Named after German doctor Johann Gottlob Leidenfrost way back in 1796, the Leidenfrost effect is the physical phenomenon of what happens when a liquid comes extremely close to a surface that is much hotter than the liquid’s boiling point. Under these conditions, the liquid creates a protective layer of vapor that surrounds itself and prevents rapid boiling. In the case of water droplets zooming around on a hot pan, the water does eventually boil and evaporate, but much more slowly than if the pan had been between the boiling point and the Leidenfrost point.

This effect allows water, under certain conditions, to travel uphill. It’s also the reason one can stick a wet finger into liquid nitrogen without damage, or even safely hold liquid nitrogen in one’s mouth. But seriously, don’t try either of those. They’re extremely dangerous. 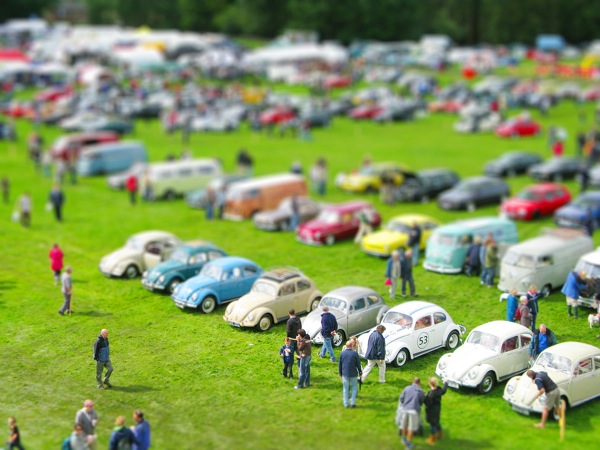 The diorama effect—also known as “miniature faking” and the “diorama illusion”—describes when a photograph of a real-life, life-size subject is manipulated in such a way that it ends up looking like a miniature scale model. It’s also sometimes described as the “tilt-shift” effect, though for the sake of accuracy it should be noted that tilt-shifting is a photographic technique that often results in a fake-miniature photograph. One can apply tilt-shift effects to a digital photograph taken normally to give the impression one has actually used a tilt-shift lens.

There are a number of steps involved in creating a fake-miniature photograph. In effect, it boils down to a few keys elements:

– Shoot the photo from above.
– Use heavy blurring around the edges of the photo.
– Boost the color saturation.

There can be a lot more to it, of course. Check out online tutorials for a step-by-step guide. 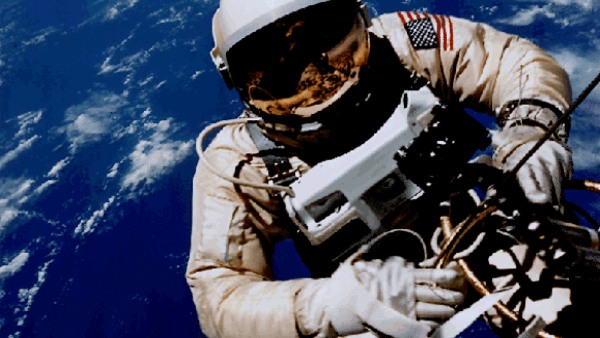 Of all the psychological effects ever named, observed, and studied, the overview effect has to be in the running for the least common—only 534 people have ever experienced the conditions that lead to it. When astronauts in orbit or on the surface of the moon first see the Earth in its entirety, many report feeling a deep sense of scale and perspective that has come to be called the overview effect. Coined by writer Frank White, the effect can be deeply moving, confusing, inspiring, and emotionally challenging, as a view of the entire Earth changes one’s perspective in a profound way. Astronauts have returned home with a renewed sense of the way we’re all connected, of the relative meaninglessness of cultural boundaries, and a desire to take care of the Earth’s environment. 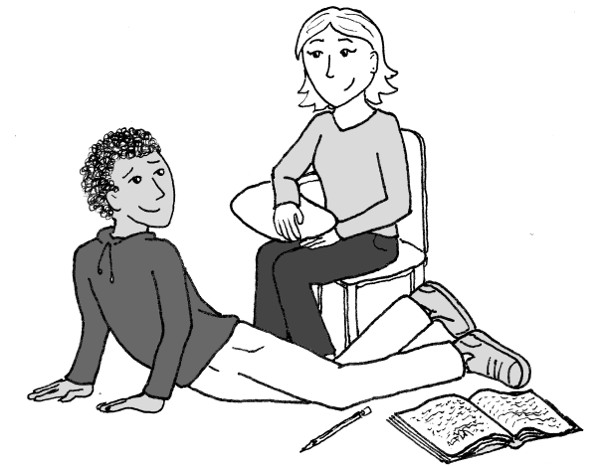 Let’s say you have a crush on someone, and this person seems talented, kind, and graceful. Then let’s say you see her trip on the sidewalk and take a giant spill, falling flat on her face. For various reasons, the intensity of your crush increases, and you find yourself even more attracted to her as a result of her clumsiness.

Studied especially in the world of sports, business, and politics, this is a psychological phenomenon known as the “pratfall effect.” Originally described and named by researcher Elliot Aronson in 1966, the pratfall effect carries with it certain implications. Research on the subject suggests that people tend to like others who are imperfect, who make mistakes, and who admit errors. The effect has been dissected and refined—for instance, it’s been found that it affects the attractiveness of clumsy women to men more than vice versa—but the fundamental principle of someone becoming more likable as they display imperfections remains. 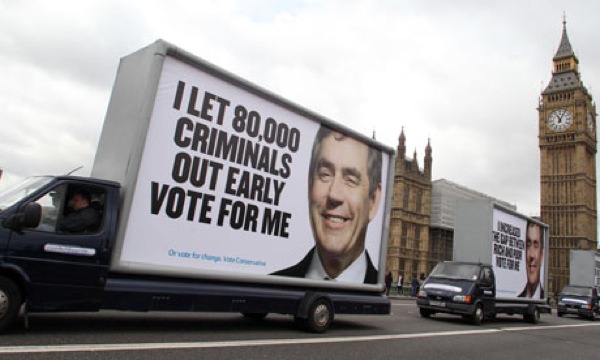 The sleeper effect is an oft-studied, controversial psychological effect that has to do with the way people’s opinions are affected by messages they receive. In general, when a viewer sees an advertisement with a positive message, that viewer will create a positive association with the message (and the product). Over time, however, that positive association fades, and eventually there may have been no net positive to the ad at all. Under certain conditions, however, if the initial message comes with a “discounting cue,” the positive associations may actually remain for a longer period of time.

A “discounting cue” usually comes in the form of a source that’s not considered reliable or trustworthy, when the message comes with a disclaimer, or when you hear something from an unusual source. For instance, if you see a negative political ad paid for by the opponent of the ad’s subject, you may initially be suspicious of the ad’s credibility; over time, however, you may start to believe the message. Research has suggested that the sleeper effect is real but very difficult to pull off in reality, and that in order to be truly effective, it must follow a strict set of guidelines. 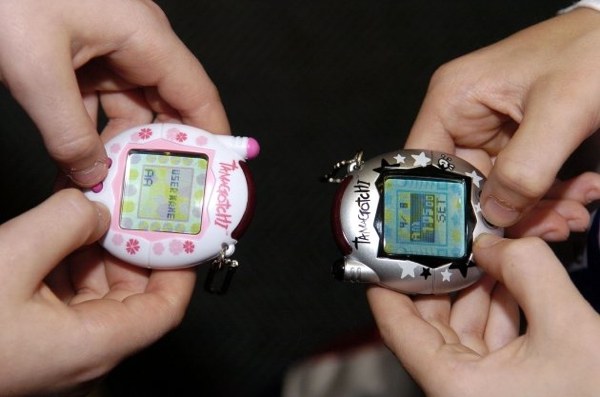 Ah, the Tamagotchi. If you lived through the 1990s, you probably owned one, knew someone who did, or at the very least knew about them. As of 2010, over 76 million of the little electronic critters have been sold worldwide. A Tamagotchi, for those of you scratching your heads, is a small, hand-held “digital pet” invented in 1996 in Japan. A Tamagotchi’s owner is responsible for, among other tasks, feeding, administering medicine, disciplining, and cleaning up after it.

The Tamagochi effect is the psychological phenomenon of owners becoming emotionally attached to a robot or other digital object. A person may come to see their relationship with a Tamagotchi, a cell phone, a robot, or even a piece of software as a viable emotional relationship. Research suggests that the Tamagotchi effect is seen in all ages, and has both positive and negative psychological implications for a person’s mental health.