According to the majority of pilots, takeoff and landing are the most dangerous aspects of a flight.  Still, some conditions are riskier than others—but it seems that all the mountain peaks, cliff faces, crowded beaches, and main roads on our list, haven’t managed to discourage the brave pilots who navigate them every day.

Since the topic of the deadliest airline disasters has been covered before, let’s have a look now at the most extreme and hazardous airports around the world.  Fasten your seatbelts: 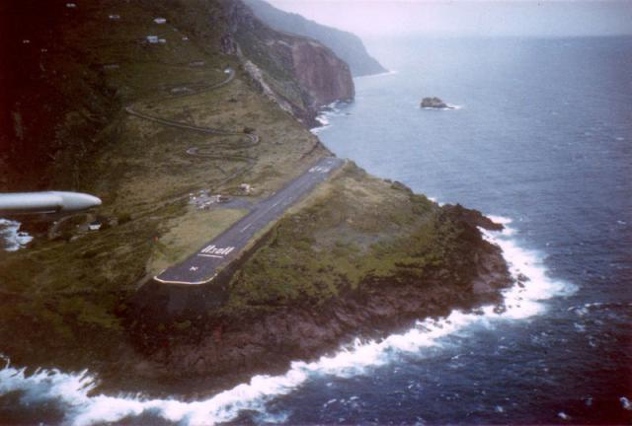 Getting to this amazingly beautiful Caribbean island can be a bit distressing, thanks to a mere 1300-foot-long runway—only slightly longer than most aircraft carrier runways. The incredibly short runway is surrounded by tall cliffs, and it comes dangerously close to a steep slope which leads directly to the ocean.

For these reasons, it is one of the most dangerous airports in the world. An incorrect assessment of the pilot during the takeoff may take the airplane straight into the abyss. Large planes avoid this airport for obvious reasons, but even for a very small aircraft such as a Cessna, landing seems to be a difficult mission—especially when the weather conditions are bad. At least everybody knows what’s to blame for the constant decrease of tourism in the island. 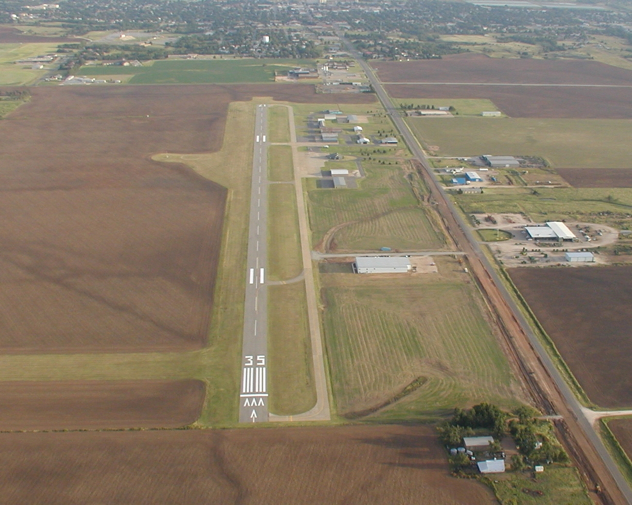 Qamdo Bamda Airport is the world’s highest airport, perched more than 14,000 feet above sea level. Even more impressive than the airport’s altitude, however, is the nearly 3.5-mile-long runway.

Having a runway that’s the length of sixty soccer fields may seem a bit excessive, but apparently long runways are crucial to making safe landings at higher altitudes. At sea level, where the approach speed is about 150mph, it may take five thousand feet of runway to stop. But at more than fourteen thousand feet above sea level, the same approach speed will require around twice as runway to bring a plane to a halt.

Traveling at high altitude can in fact be pretty dangerous all round, and travelers should make themselves aware of conditions before they decide to fly in such places 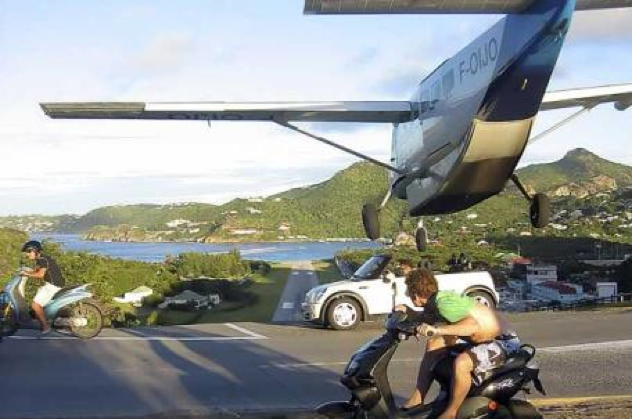 The small airport of Gustaf III, on the Caribbean island of Saint Barthélemy, provides pilots and passengers alike with some fairly grave dangers. The corridor in which the runway has been built is incredibly narrow, and planes come frighteningly close to hitting the slopes of the adjacent upland area, or plummeting into the ocean, every time they land.

This video on youtube clearly shows what you might have to go through if something goes wrong during the landing. The good thing is that—in this instance at least—no one was even slightly injured. 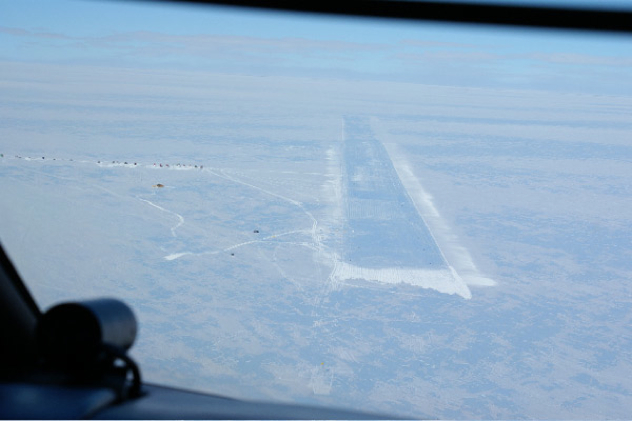 The dangers of Ice Runway have more to do with the extreme weather conditions that the pilot has to deal with, rather than the design or position of the airport itself. The Ice Runway is one of three major airstrips used to haul supplies and researchers to Antarctica’s McMurdo Station. As its name implies, there’s no tarmac in sight—just long stretches of meticulously groomed ice and snow.

There is no shortage of space on the Ice Runway, so super-sized aircraft can land with relative ease. The real challenge is making sure that the weight of the aircraft and cargo doesn’t bust the ice or get the plane stuck in soft snow. As the ice of the runway begins to break up, planes are redirected to Pegasus Field or Williams Field, the two other airstrips servicing the station. 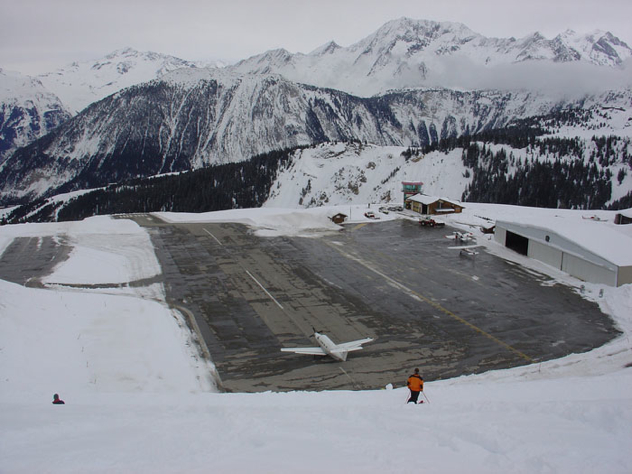 The city of Courchevel in the French Alps is one of the most famous ski resorts in Europe, but it seems like the city owes much of its fame to its airport, which is located inside the mountains. Courchevel Airport is not only famous for its incredible height and bizarre location, but also for the fact that it has had a leading role in a James Bond film, Tomorrow Never Dies, which depicted Mr. Bond landing a plane successfully in the extremely dangerous airport. 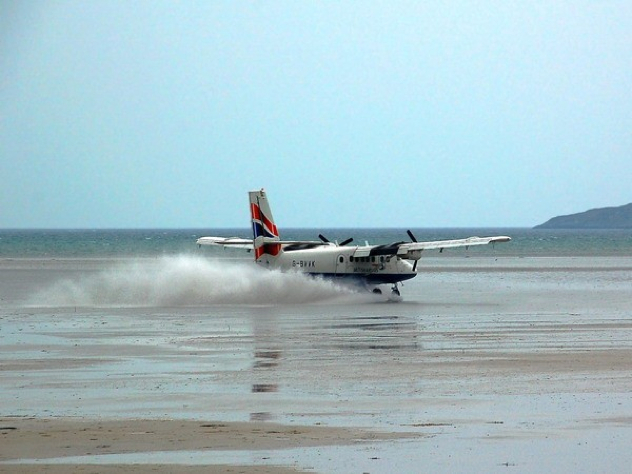 This is quite possibly the only airport in the world that also serves as a beach. Takeoffs and landings at Barra Airport occur on the same sand that people can stroll along during airport off-hours. And that’s just the beginning: during high tide in the evening, the illumination from the lights of all the cars passing by assist the pilot with his landing. For those who simply want to enjoy a romantic walk along the beach, there are warning signs informing them of all expected upcoming flight arrivals.

Believe it or not, Barra is still an officially recognized international airport by the Air Traffic Organization, and it seems like any kind of logical or critical suggestion would be deemed irrelevant by the authorities. We can only hope that they know better than us! 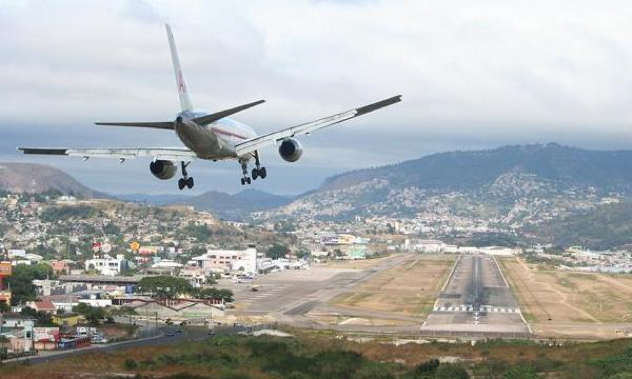 In Tegucigalpa, the capital city of Honduras, we can fly into one of the most dangerous and notorious airports in the world. It has been the subject of scrutiny following several accidents, including a 2008 crash that caused the deaths of five passengers. The airport opened back in 1934, an era when planes were less powerful and didn’t require such lengthy runways.

Toncontin’s runway is just over seven thousand feet long, and it’s situated in a valley surrounded by mountains. What’s even harder to believe—and by far the most hazardous aspect of this airport—is that there’s only one way in and one way out for the planes, which increases the risk dramatically. Despite all these high-risk factors, planes as large as Boeing 757’s land at the airport on a daily basis. 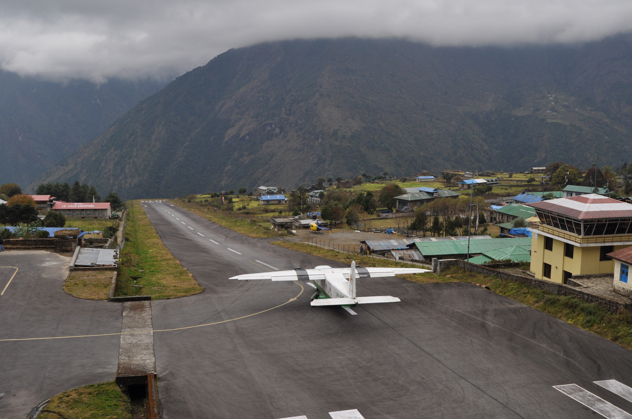 Lukla Airport, as it was called originally, was later renamed Tenzing-Hillary Airport to honor the first climbers to reach the summit of Mount Everest. Located in Lukla, Nepal, the airport serves thousands of climbers hoping to “conquer” Mount Everest, as well as trekkers wishing to explore the Everest region.

Dangers at this airport include high winds and extreme cloud cover—but these are by no means the scariest aspects. Like Gustaf III Airport, one end of the runway is preceded by high terrain; but instead of a beautiful sandy beach on the other end, there is a two-thousand-foot drop.

There have been several accidents at Lukla airport, most recently on October 12, 2010. 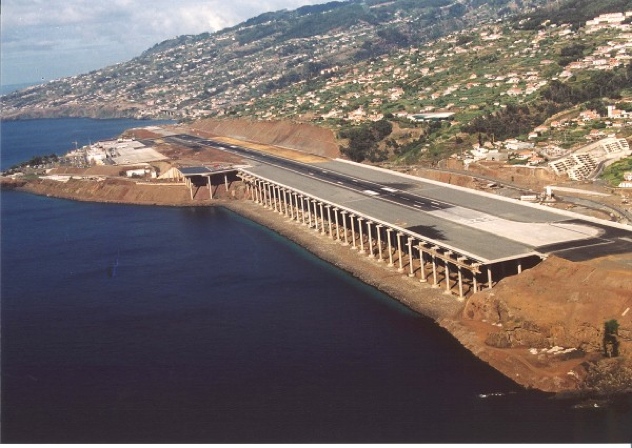 The two main runways at Madeira Airport were just 5,250 feet long when the airport was first opened back in 1964.

After a horrifying crash in 1977, in which an incoming Boeing 727 smashed through a stone bridge and ended up on the beach, one of the runways was extended by 655 feet. In the early 2000s, the runway was further lengthened by extending it across the beach, supported by columns.

Lengthened or not, the basic approach to Madeira Airport remains tricky to this day, even for the most experienced pilots. Against their better instincts, pilots must first aim the aircraft directly at a looming mountain peak, and then quickly bank to the right in order to avoid crashing into the mountain, in order to put themselves on course for the runway. 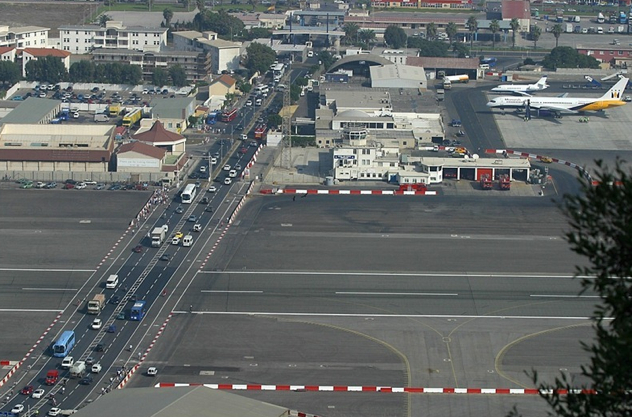 Gibraltar airport is not only one of the most dangerous airports in the world, but one of the busier ones as well (especially compared to the other risky airports included in this list). No matter how unbelievable this might sound, the corridor of this airport actually passes through the main street of the city.

Vehicles are made to stop every time an aircraft lands or takes off. It’s amazing that there has never been a major accident—and we can only hope it stays that way.