This week featured a plethora of stories that would have been remarkable even two years ago but seem strangely ordinary in our brave new world. Populists won elections, investigations were opened in Washington into presidents and presidential candidates, a Hollywood figure was consumed in a sexism scandal, and JFK conspiracy theories went into overdrive. In other words, just another strange and regular week in the mind-blowing world of 2017.

10 The Czech Election Was Won By Yet Another Outsider Populist 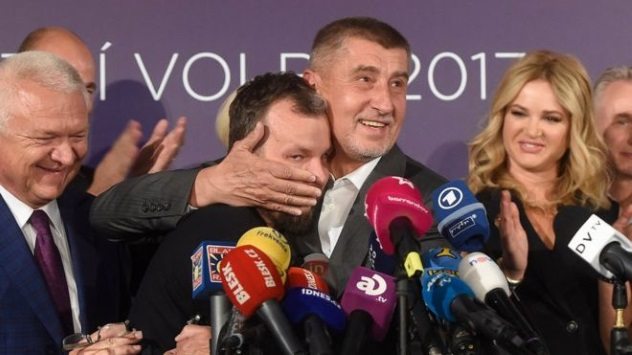 Being an outsider populist seems such a straightforward route to power these days that it’s a wonder anyone bothers running as a mainstream party figure. Last Saturday, the Czech Republic became the latest nation to embrace a controversial billionaire, as Andrej Babis carried home 30 percent of the vote and will be the country’s next prime minister. In a nine-party parliament where others struggled to break even ten percent, this was quite an achievement.

The press was quick to portray Babis as the next Donald Trump or Viktor Orban. The reality, as the Financial Times explained, is nowhere near as alarming (or cheering, based on your political preference).[1] Babis shares President Trump and Orban’s views on immigration, particularly Muslim immigration. But his ANO party (ano mean “yes” in Czech) is part of the Liberal and Democratic alliance in the European parliament and sees closeness to Germany as integral to the country’s future.

The real worry with Babis is that he’s currently under two serious investigations. In his native Slovakia, he’s accused of collaboration with the secret police during the Communist era. In the Czech Republic, he’s being investigated for defrauding a small business fund of €2 million.


9 The Japanese Election Was Won By A Mainstream Insider 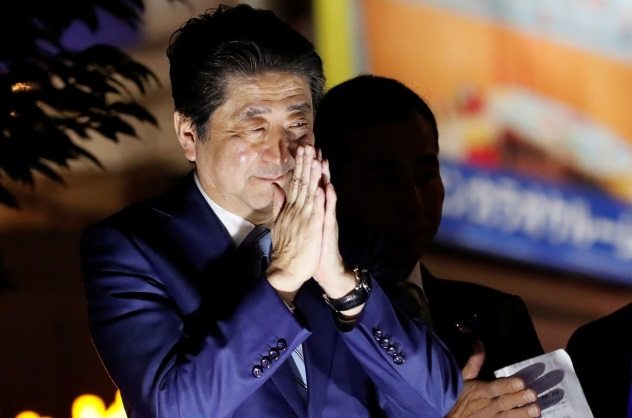 So there’s at least one country left where running as an insider makes sense. On Sunday, Japan went to the polls in a snap election called by Prime Minister Shinzo Abe only weeks earlier. Despite low approval ratings, Abe romped home to a comfortable victory. He now has the mandate he needs to try and force through change to Japan’s pacifist constitution.

The big surprise of the election was not that Abe won but that Yuriko Koike’s outsider Party of Hope failed to even make second place, settling for a disappointing third. Koike is the Tokyo governor we told you about in July, whose new party had just devastated Abe’s in the Tokyo elections. At the time, everyone thought she was going to do a Macron and unseat Abe at the next election. Instead, her popularity crumbled.

Interestingly, Abe may have been helped by none other than pudgy madman Kim Jong-un. The moment Kim started firing missiles over Japan, Abe’s popularity skyrocketed.[2]

8 We May Have Finally Identified The Crazy Brabant Killers 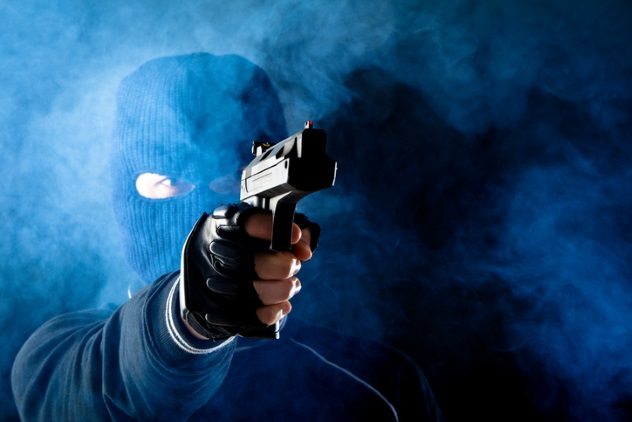 They may sound like an Insane Clown Posse rip-off, but the Crazy Brabant Killers were no posers in makeup. The “Crazy” part of their name was the real deal, as was the “Killers” part (and “Brabant,” come to think of it).

In the early 1980s, the gang terrorized the Brabant region of Belgium, indulging in a series of robberies marked by psychopathic brutality. Their modus operandi was to enter a restaurant or supermarket, gun down everyone in cold blood, and then rob them of their meager possessions. They shot men and women. They slaughtered children just for fun. They were unrepentant cop killers. In one case, they murdered customers in a store just so they could make off with some wine and a box of tea. By 1985, they’d killed 28 people.

Belgium has been investigating the murders for over 30 years. This week, they may have finally got a lead. A former local policeman made a deathbed confession, claiming he was the ringleader.[3] The officer, Christiaan Bonkoffsky, had been kicked out of an elite Belgian commando unit just before the killings started. It’s thought that he may have been motivated by a desire for revenge. 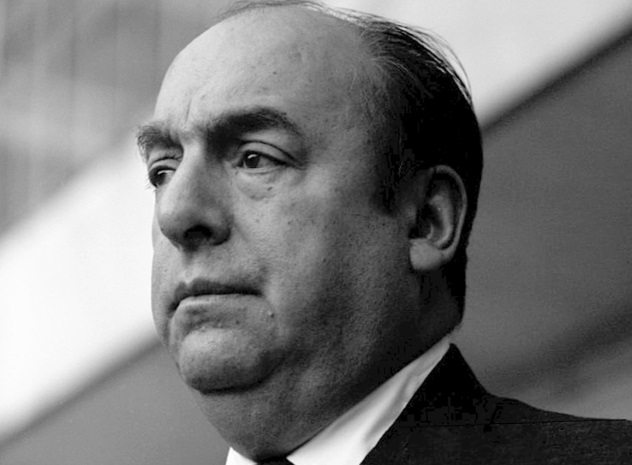 Prostate cancer. That’s the official cause of death for Nobel Prize–winning Chilean poet Pablo Neruda, who died in 1973. Last Friday, that claim was dramatically overturned. 16 international forensics experts found that there was no way Neruda could have died from prostate cancer. While they stopped short of offering an alternative, they did point out a potentially deadly bacteria found in the poet’s remains. The discovery suggests the poet may have been assassinated.[4]

Neruda died shortly after General Augusto Pinochet seized power in a bloody coup. Neruda was no fan of the dictator. There are unconfirmed reports that he was planning to go into exile and oppose the regime from afar. Since Pinochet was no stranger to assassinations (his secret police once killed two people with a car bomb in the middle of Washington, DC), it’s now thought that the Chilean state may have conspired to murder the poet.

The case is bolstered by Neruda’s claims that he was injected with a mystery substance not long before he died. Could this have been the source of the deadly bacteria? The investigation continues. 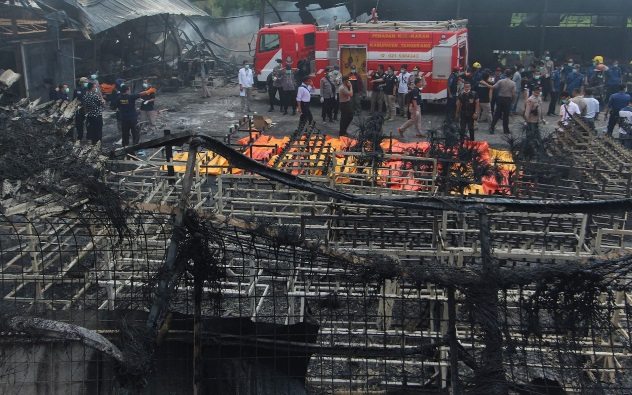 In 2012, a fire ripped through a garment factory in Bangladesh, killing 117 workers. The disaster led to a massive overhaul of safety regulations and a change in the way international firms oversaw compliance in Bangladesh. This week, a similar disaster may have done the same for Indonesia.

On Thursday, a fireworks factory outside Jakarta spectacularly exploded, starting a fire that consumed nearby neighborhoods. At time of writing, the death toll stands at nearly 50. With many still missing, it may yet rise further.[5]

The factory had been operating for only a handful of months. It was doing so illegally, with such dangerous factories forbidden from being built so close to residential areas. Ignoring these regulations seems to have contributed to the death toll, as people were suffocated in their own homes. As tragic as the disaster is, we can only hope it provides the impetus Indonesia needs for finally cracking down on similar violations of the law.


5 Egypt’s Police Suffered One Of Their Deadliest Days Ever 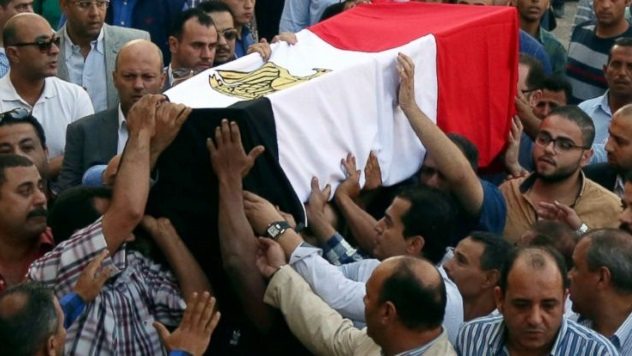 Egypt is a deeply troubled country. Militants are waging war on the state, while the government has a nasty habit of disappearing and murdering dissenters. But even in this charged environment, no one could have predicted the massacre that would occur on Saturday. Egyptian police forces stormed a militant hideout, only to discover that they’d walked straight into an ambush. By the time the smoke cleared, 54 officers were dead.[6]

This is one of the deadliest days Egypt’s security forces have suffered in years. Among the dead were conscripts, commanders, officers, and even one colonel. After pounding the policemen with all they had, the militants apparently managed to take hostages. They executed them only hours later.

ISIS’s Egyptian affiliate is thought to be behind the attack, although the group has yet to claim responsibility (itself an unusual move). ABC News reported that the Egyptian government is likely to respond by cracking down even harder on civil liberties.

4 Another Flood Of Assault Allegations Swept Through The Media 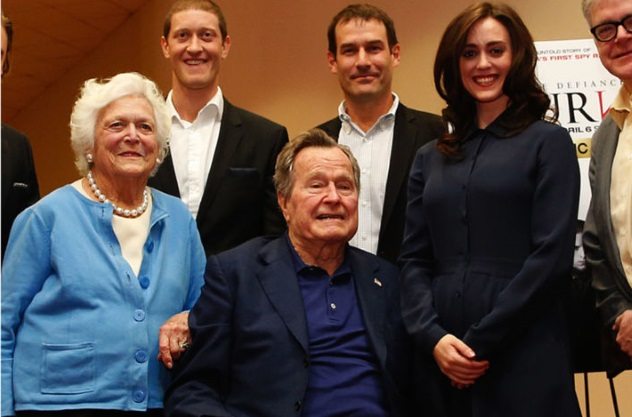 Following the accusations against Harvey Weinstein in mid-October, yet another wave of assault allegations swept through the media this week. At least one was a new claim of rape made against Weinstein. But elsewhere, many other powerful men suddenly found themselves at the center of a media storm.

The most serious involved screenwriter and director James Toback, who is currently accused of assault by 200 women. Toback is an Oscar-nominated writer who works with stars. Nonetheless, he now finds himself in the spotlight for harassment and predatory behavior.

Further down the media rung, smaller players found themselves accused, too. New Orleans chef John Besh stepped down from his job after allegations emerged, while MSNBC journalist Mark Halperin was accused by five female employees of harassment. This isn’t even including the new allegations against Fox News host Bill O’Reilly.

But the biggest accusation of all came against a former US president. Actress Heather Lind accused George H.W. Bush of inappropriately touching her twice in 2014.[7] Bush has since apologized, but he claims it was simply a misunderstood joke. 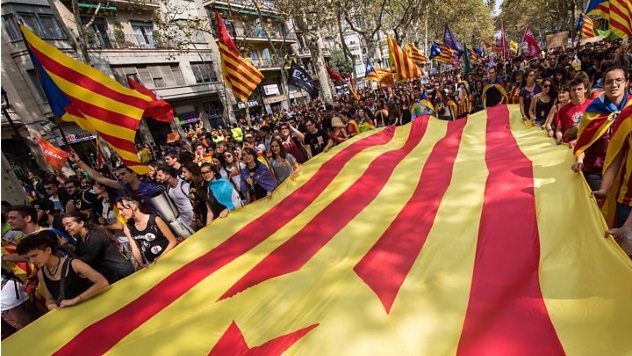 As you read this, the Spanish Senate will be voting whether to activate Article 155 of the Spanish constitution. Encoded after General Franco’s death, Article 155 allows Madrid to suspend the autonomy of any Spanish region in times of crisis. It has never been used before. This Friday, Prime Minister Mariano Rajoy may enforce it against Catalonia.[8]

A quick recap for those of you who haven’t been following: On October 1, Catalonia voted in a referendum to split with Spain and become an independent state. Madrid had ruled the referendum illegal. Although 90 percent of voters plumped for independence, only 43 percent of eligible voters bothered to vote, undermining the result.

Nonetheless, Catalan president Carles Puigdemont went ahead with declaring independence, only to immediately—and confusingly—suspend his own order. Since then, Madrid and Barcelona have been playing a game of chicken that could end in disaster at any moment.

If Madrid goes ahead and activates Article 155, it’s not entirely certain what will happen. Rajoy has suggested that Catalan leaders could be arrested and the regional police force put under direct control. Whether they go along with it or not is another matter. 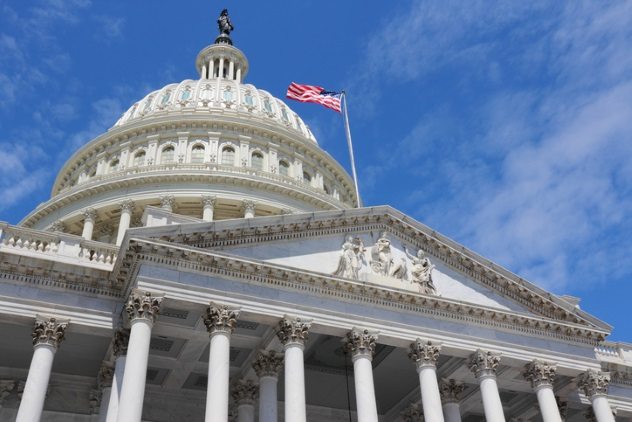 Another week, another House or Senate Committee investigating a current president or former presidential candidate. This week, the GOP launched a House committee investigation into a uranium deal Hillary Clinton made with Russia during the Obama administration. It will be chaired by Representative Devin Nunes, the guy who got kicked off the Russia-Trump probe for disclosing classified information to the White House.[9]

The response was predictable. Democrats called the probe a political smokescreen, while Trump supporters called it the “real Russia story.” However you cut it, both parties seem to be convinced Russia did something bad; they’re just not quite sure what.

Elsewhere, two separate revelations relating to the 2016 presidential campaign caused a splash. The first was that the dossier linking Trump to Russia and alleging he was filmed by the Kremlin using prostitutes was bankrolled by the Democratic National Committee. The second was that the Trump campaign apparently contacted Wikileaks directly to implore them to hack Hillary Clinton’s e-mail server. As this spirals off into yet more investigations, you can bet we’ll be reliving this one election for years to come. 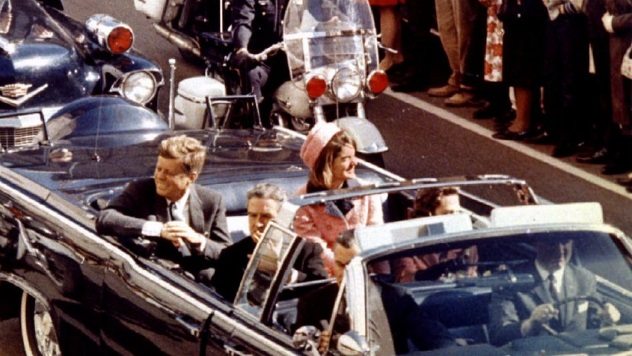 In 1992, President George H.W. Bush signed into law the Assassination Records Collection Act, starting a 25-year ticking clock on the release of all official records relating to JFK’s death. Yesterday, on Thursday, October 26, that clock finally hit zero. The National Archives released 2,981 files on America’s most infamous assassination. The remaining files will be reviewed concerning redactions over the next 180 days.[10]

You can download the files for yourselves here. But don’t expect to find anything. At time of writing, the files have yet to be trawled by journalists, but historians have claimed there will be no smoking gun in there. More likely, there will be a greater understanding of the bungling the CIA, FBI, and Secret Service engaged in, as well as maybe a little more information on Lee Harvey Oswald’s pre-Dallas activities. A handwritten note by Lyndon B. Johnson saying, “I did it, suckers!” is unlikely.

The release ostensibly marks the official end of the mystery that’s been hanging over JFK’s death for over half a century. But don’t expect it to sate anyone’s appetite for conspiracy. Polls show over half of all Americans don’t believe the official version of JFK’s death. It seems unlikely that a few thousand files will change many minds, especially when a number of files are still being withheld.