Some of us are charged with ennobling ambitions; they’re called saints. The rest of us just want to be rich. It’s what keeps us at our desks long after business hours, what makes us fritter away our money on investment scams, blackjack tables, and lottery tickets. We dream of lives sitting poolside, worry free lives of Ferraris and penthouses. But what if you had all that already? The below list of personalities is proof that you can get really weird when you’re not dreaming on a budget. 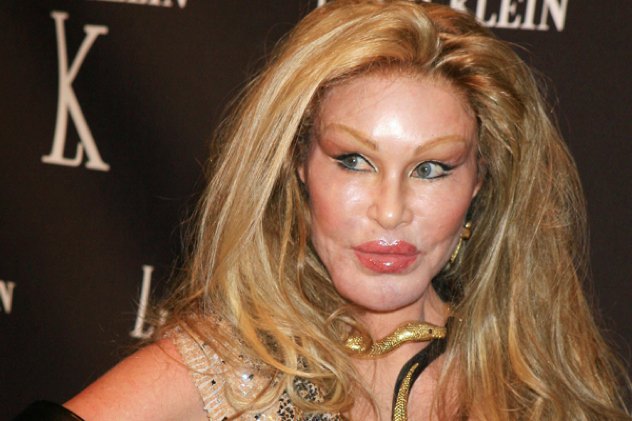 A strikingly beautiful Swiss socialite, Jocelyn was introduced to art heir billionaire Alec Wildenstein by Adnan Khashoggi on his 60,000 acre Kenyan ranch. During their marriage, she began a multi-million dollar plastic surgery campaign, transforming her features into those of a big cat to please her husband. The horrifying result apparently did little to please Alec, and Jocelyn caught him in bed with a 19 year old Russian model in 1997. Jocelyn received one of the biggest divorce settlements in history; $2.5 billion with an allowance of $100 million a year for 13 years. Perhaps out of basic human decency, the judge ruled that she could not use any of this money for further surgery. Like the Duchess of Alba, she seems to have a weakness for younger men; her current beau is some 20 years her junior. 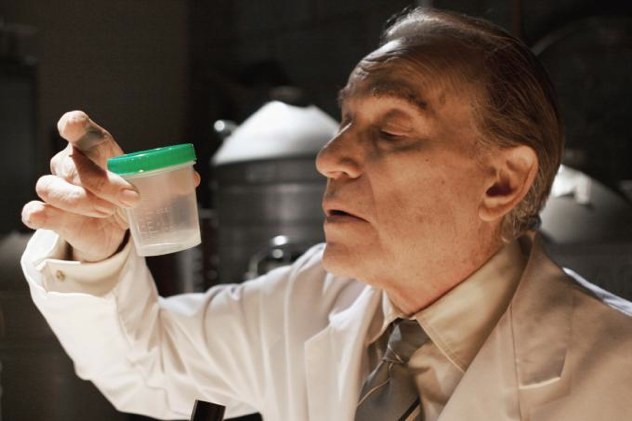 Graham was an optometrist who made his fortune inventing shatter-proof eyeglass lenses. Instead of resting on his laurels, Graham decided to embark on a mission to create a master race. In 1980, he opened the “Repository for Germinal Choice”, which was intended to be a sperm bank that only took donations from Nobel Prize laureates. Unfortunately, consideration for the Nobel Prize tends to require a lifetime of work, and the elderly sperm he was collecting forced Graham to lower his standards to less accomplished men. The only contributor who became publicly known was William Shockley, who won the Nobel in Physics in 1956. Shockley was 70 at the time the Repository opened. In February 1997, at the age of 90, Graham slipped in the bathtub, knocked himself out, and drowned. The Repository fizzled out shortly thereafter. It is believed some 217 children were conceived by Graham’s sperm bank, and those few who have come forward seem to display marked intelligence. 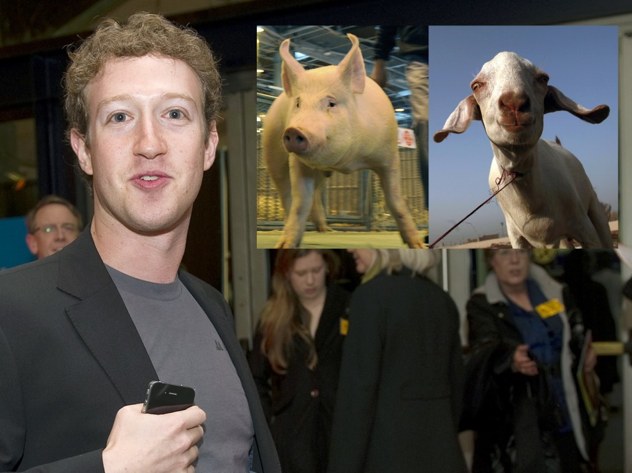 For a guy who became a billionaire when he was barely old enough to drink, Facebook mogul Mark Zuckerberg is fairly normal. He’s a little awkward and he dresses like it’s always laundry day, but nothing too out of hand. Until 2011, when he suddenly announced that he would no longer be eating meat unless he killed it with his own two hands. Although he claimed to be “basically a vegetarian”, he didn’t hesitate to inform friends (via Facebook, naturally) in May of 2011 “I just killed a pig and a goat.” Since 2012, the bloodthirsty billionaire has gone back to acquiring his steaks the old fashioned way… at the store. 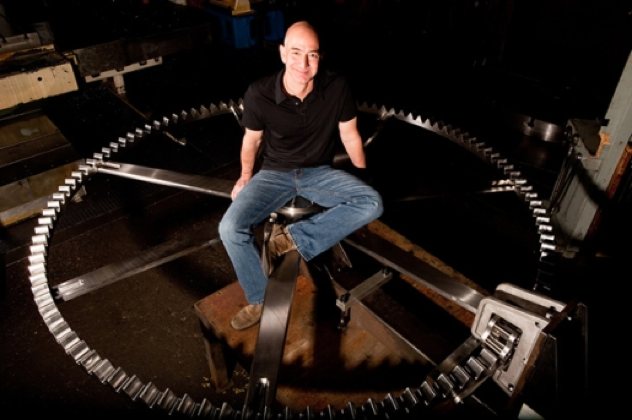 Founder and CEO of Amazon.com, Bezos is worth over $20 billion dollars. From his youth, he showed a mechanical genius, earning a degree in electrical engineering and computer science. For over a decade, he has worked on privatizing spaceflight through his company Blue Origin. Last month, Bezos and an ocean exploring team recovered engines from the historic Apollo 11 mission on the bottom of the Atlantic. He is also responsible for $42 million in funding for the Clock of the Long Now, a clock designed to run for 10,000 years, to be buried deep in the Sierra Diablo Mountains on his land. By contrast, the Great Pyramid of Giza is less than 5,000 years old. 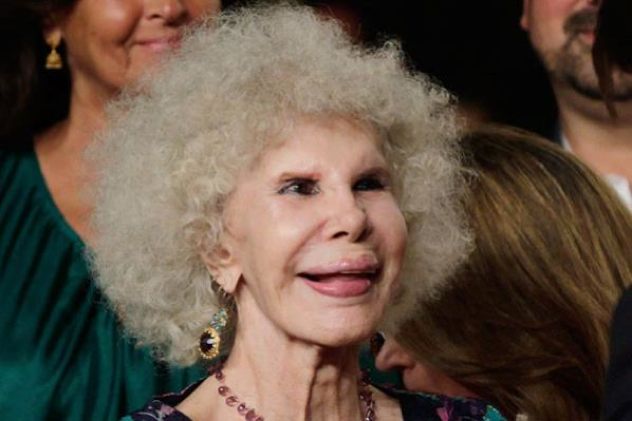 Besides being the recipient of horrifying plastic surgery, the Duchess is a testament to the power of true love. When the 85 year old Duchess, estimated to have been worth nearly $5 billion, decided to marry 61 year old Alfonso Diez Carabantes in 2011, there was a huge backlash from her family, as well as the King of Spain, Juan Carlos. To prove that wealth had nothing to do with their nuptials, the Duchess gave her six children their inheritance early—a vast fortune including estates, priceless artwork, and even the correspondence of Christopher Columbus—and completely renounced her wealth. 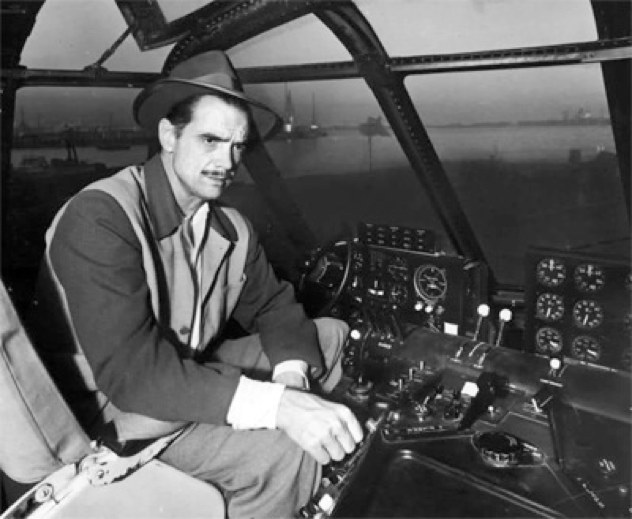 No list of the most eccentric millionaires and billionaires would be complete without crowning their king, Howard Hughes. The heir to an oil tool drilling fortune, Hughes first parlayed his wealth into movies, producing a string of blockbusters and bedding Hollywood starlets. He was also an aviation pioneer, a designer and test pilot who suffered a terrible accident when he crashed his experimental Hughes XF-11 into a Beverly Hills neighborhood. In the wake of the accident, what might have been called ‘eccentricities’ were amplified wildly—he spent months in a darkened screening room without bathing, relieving himself in bottles and subsisting on a diet of chocolate bars, chicken, and milk. He acquired RKO Studios the following year, but reportedly never visited as he descended into madness. He became a nomadic recluse, shuttering himself inside hotel rooms, often purchasing the properties when his demands became too outlandish for the owners. He suffered intensely from obsessive compulsive disorder and germophobia, and chronic pain from the accident left him with a crippling addiction to painkillers. He died in 1976, shriveled and unkempt. Fingerprints were required to positively identify the body. 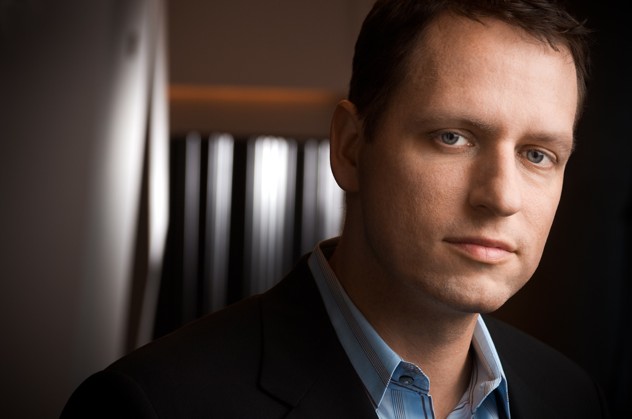 Peter Thiel has his fingers in a lot of pies. The co-founder of PayPal and investor in Facebook, Thiel seemingly has a license to print money. But his true passion is in philanthropy through his Thiel foundation, investing in strange, revolutionary technologies. Amongst his interests: developing artificial intelligence, human immortality, and the building of oceangoing floating cities, which he believes are necessary for the continuation of our species. 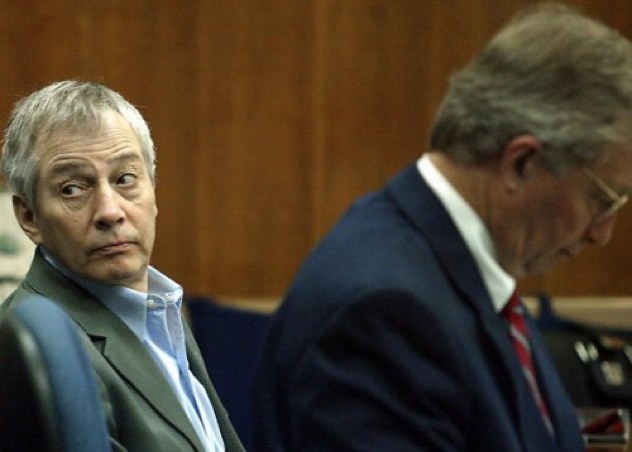 Robert Durst is living proof that, when you have enough money, you can get away with murder. The son of real estate mogul Seymour Durst, Robert seemed to come unhinged at just 7 years old, when he witnessed his mother commit suicide, leaping from the roof of the family home. In 1982, Robert’s wife Kathleen went missing. Her body was never found. In 2000, when the investigation was reopened, Robert’s friend Susan Berman was found shot to death execution style in her home; it has been advanced that Berman may have had information on Kathleen’s disappearance and he didn’t want her to talk. Shortly thereafter, he began cross dressing. In 2001, the body parts of his elderly neighbor were found floating in Galveston Bay, Texas, and he was arrested, but posted bail and skipped town. He was arrested in Pennsylvania after trying to steal a chicken sandwich and a Band-Aid at a supermarket, despite having $37,500 in cash with him. He hired high powered defense attorney Dick DeGuerin (who had previously represented Branch Davidian cult leader David Koresh). Amazingly, he was acquitted of murder, charged only with jumping bail and tampering with evidence. He served a short prison sentence, and is currently living in a townhouse in New York City, where his terrified neighbors keep a close eye on him. 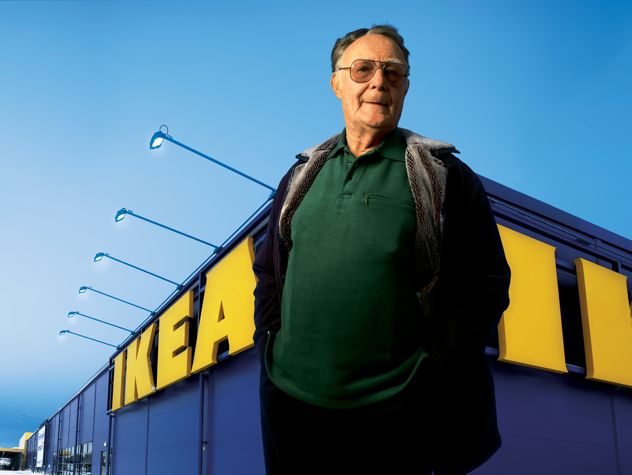 Easily the richest man on the entire list, the founder of IKEA is known for his extreme frugality. He reportedly drives a 20 year old Volvo, recycles tea bags, and steals salt and pepper packets from restaurants. His home is furnished with IKEA furniture he assembled personally, he uses public transportation, and his modest home would look at home in any suburban neighborhood. In his youth, Kamprad was tied to the pro-fascist movement sweeping Europe in the early 1940s, but the most shadowy part of his empire might be just how much of it he owns. IKEA is set up as a massively complex tax shelter and charity, little of which Kamprad “allegedly” controls. But it may be that the man who waits for after Christmas sales to buy wrapping paper is actually the richest in the entire world. 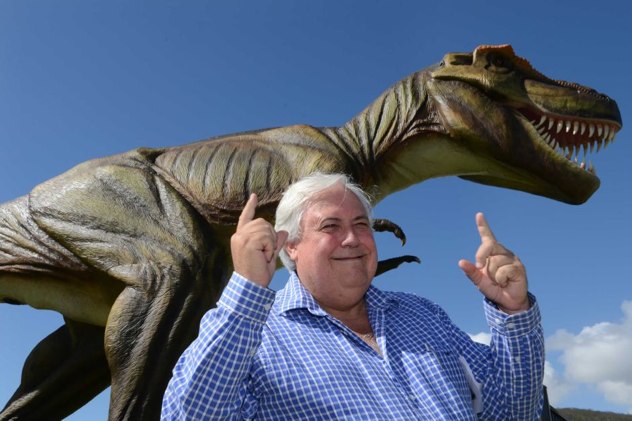 Australian businessman Clive Palmer has been all over the headlines lately. The owner of Mineralogy, a mining company which focuses primarily on providing iron ore to China, Palmer is known for his strange and grandiose ideas. In 2012, he spoke out against the environmental protection organization Greenpeace, claiming they were in cahoots with the American CIA to bring down the Australian mining industry. For some time, he had plans to clone a dinosaur to attract guests to his 5 star Palmer Coolum Resort. When that fell through, he commissioned over a 100 animatronic dinosaurs to be built on the resort’s golf course. His most recent plan—to build a replica of the doomed Titanic cruise liner. Palmer’s Titanic II, which is scheduled to arrive in 2016, is to be designed with authenticity in mind; the passengers will be separated by classes and forbidden to intermingle, and modern amenities like television will be unavailable.

Mike Devlin is an aspiring novelist. If he had a billion dollars, he would buy a pet monkey for sure.