It’s been estimated that nearly 90% of people in the world belong to a religion; even if you exclude the children of religious people (in many countries, children are legally of the same religion as their parents until they are adults), it’s clear a large percentage of people have religious beliefs. The question is why? Is there a “god shaped hole in our brain”? Why do people have the need to “believe fervently in the very unlikely”?

The short answer is no-one knows for sure, but there are some aspects of our behavior that provide some clues. Here are eight reasons that have been given for religious behavior. 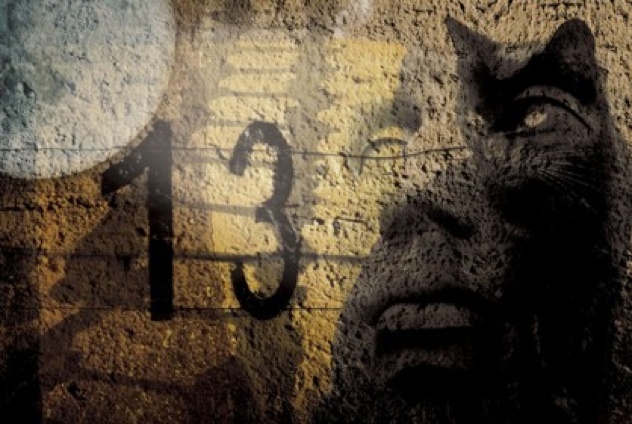 Although my logical mind knows that me popping out to the toilet can’t really affect a game being played hundreds or thousands of miles away, the feeling is there—and it’s widespread; I’ve heard plenty of stories starting “I’m not superstitious, but…”..

What’s interesting is that superstition isn’t confined to people; psychologist B.F. Skinner demonstrated that pigeons are also superstitious; he put hungry pigeons in a box and delivered food at random times—the pigeons would repeat whatever behavior they’d just been doing to “make” the food come again.

As has been pointed out; it is very difficult to distinguish between superstitious behavior (getting a cup of coffee to “make” a football team score a goal) and religious behaviour (talking in a quiet voice to “make” it rain). 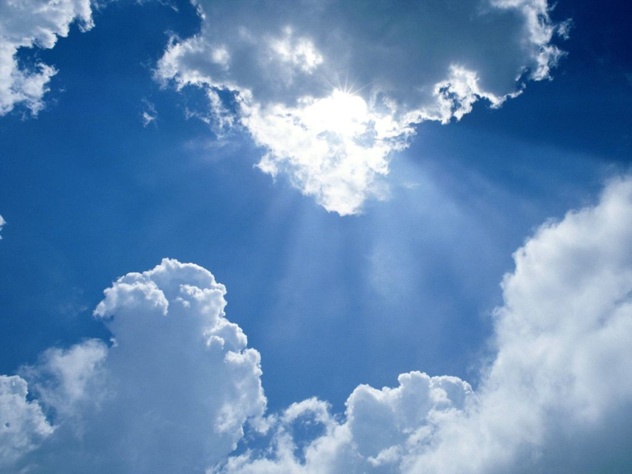 Hands up who talks to their computer? And not because it has speech recognition. Yep, I can see lots of hands there—including my own. We talk to (or shout at) computers, cars, screwdrivers, almost anything we interact with. It’s a widespread practice and children, in particular, do it—imposing personalities on inanimate objects.

There is some evidence that this is useful behavior—for example, if you’re looking for something you’ve lost then saying the item’s name out loud makes it easier to find—as if “talking” to something helps people concentrate on the item. Again, if pressed, people will confess that the computer, car or screwdriver can’t actually hear them—even if we shout, but also people can’t stop doing it—it’s built into our brains.

How does this tie in to religious beliefs? Religion has been described as “trying to talk to the weather”; is talking to our cars so different? 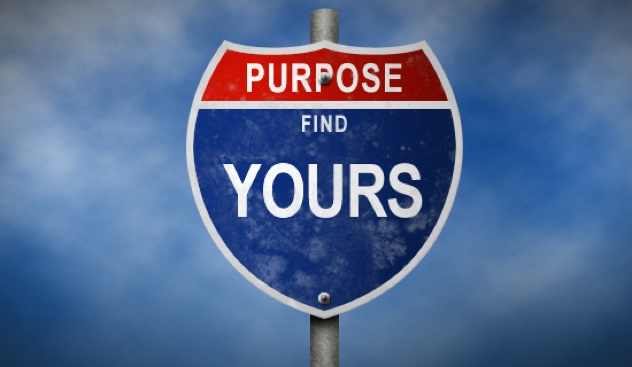 We seem to have a natural ability to see purposes for things; for example, rabbits can be seen to have lots of purposes; they eat grass, they make holes, they make more rabbits (obviously!), they feed foxes and so on. It seems that it’s natural to feel everything should have a purpose—“but what use are wasps?” is a question I’ve heard plenty of times—as if wasps have a bit of a nerve existing without a clear purpose. It feels wrong to say, “well, some things have no purpose; they just are.” The tendency to say “everything has a purpose” leads to questions such as “what is the purpose of life?, of death?, of evil?” Many philosophers would argue that these aren’t sensible questions—partly because they’re based on an assumption that such things have a purpose, but if you insist that things do have a purpose, then a supernatural explanation—which can explain anything—can obviously explain it. 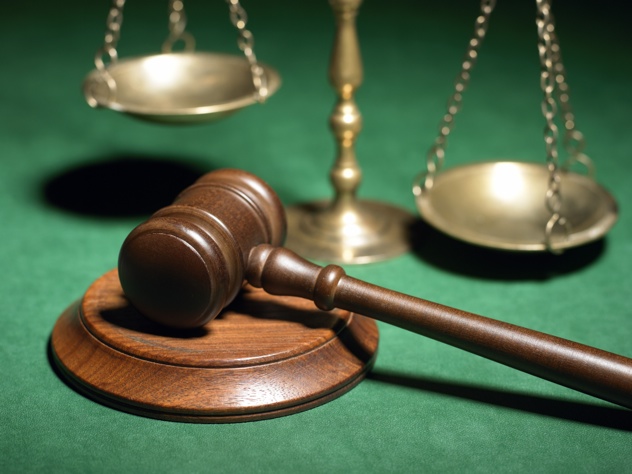 It seems people have an innate belief in justice; particularly when we’re young—“it’s just not fair!”—sound familiar? Although the parents’ standard response is “well, life isn’t fair”, the feeling that life *should* be fair is deeply ingrained—as with superstition, there’s evidence that it isn’t restricted to humans—evolutionary biologist, Professor Marc Bekoff believes that a sense of morality is built into the brains of all mammals—but people simply hate to see wrongdoing unpunished and it’s a common factor in religions that there’s a *lot* of punishment going on. It’s rather unpleasant to think that one of the biggest “draws” of religion is the hope that “evil” people get really punished. 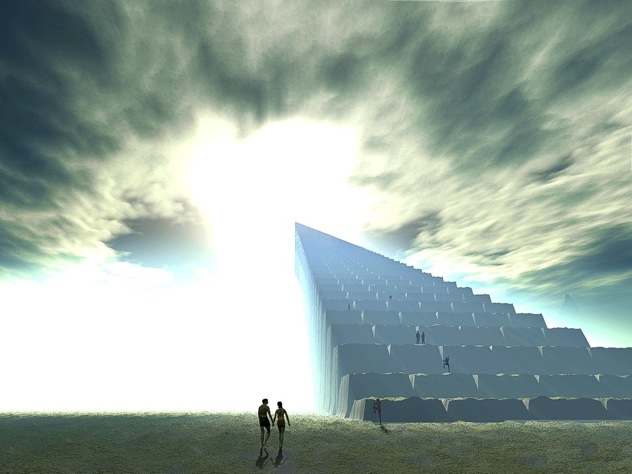 The other side of the belief in justice; when someone dies, one of the stages of grieving that people go through is anger—it just seems so wrong, so unfair that someone we love is gone. Who would not like it to be true that we’ll see them again? As with many of these things, our logical mind might accept that simply living, and being conscious of living is enough, but our logical mind isn’t the only thing that drives our beliefs.

3
We Miss Our Silverback 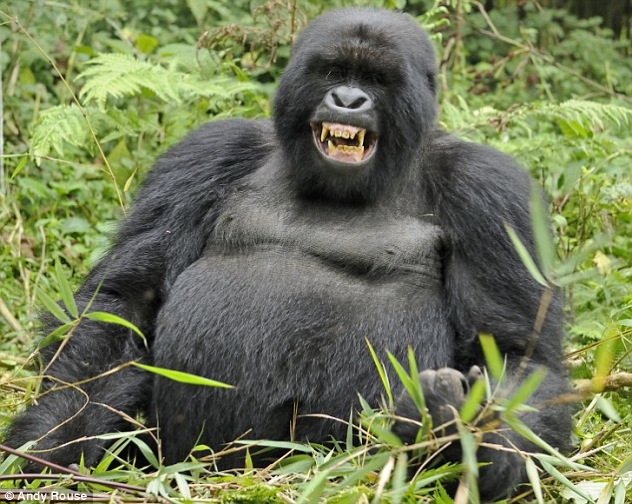 The closest living relative to modern humans are gorillas—depending on how you count the DNA, we’re up to 99% gorilla—or gorillas are 99% human. As the naturalist and broadcaster David Attenborough has pointed out, their vision, hearing and sense of smell is so similar to ours that they experience the world in the same way we do.

The behavior of gorillas, however, is different from humans. Bands (or whoops!) of gorillas live in small groups with one dominant male—called a silverback because the fur on a male’s goes silver as the male ages. The silverback defends the group from attacks—and, as you’d suspect, a mature, male gorilla is *very* strong, so it’s likely to win. The silverback also “runs” the group; making all the decisions, sorting out fights, deciding where the group goes and so on.

Humans don’t live like this; they live in relatively large groups—particularly compared with other apes—and they don’t have a supremely powerful male leader, but there is a theory that until (in evolutionary terms) recent times, we did and part of our brain misses him; a lot of religious behavior is identical to submissive behavior to a dominant male (eyes are downcast, there’s quiet and respect in their presence). The difference is that our dominant male isn’t so tangible nowadays. 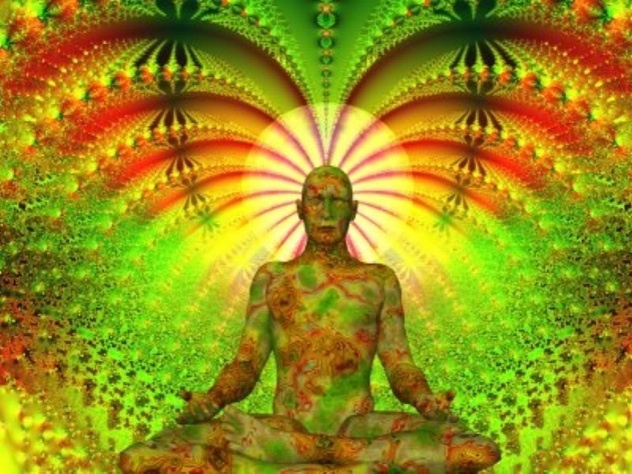 Indigenous people in South America have been taking ayahuasca for centuries—European missionaries described it in in the 16th century, but it was long established then. Ayahuasca is easy to make—assuming you’ve access to a rain forest, and can boil water—various leaves are crushed and boiled and consumed. It’s, apparently, quite difficult to keep the mixture down but users describe life changing, spiritual experiences under the influence of the psychedelic chemicals in the leaves. Other effects reported are “becoming” prey animals—in a spirit world.

Humans are no strangers to psychedelic drugs; evidence for magic mushroom use date back to prehistoric times and it’s believed that early religions were an attempt to explain the psychedelic experiences of drugs.

1
It Brings us Together 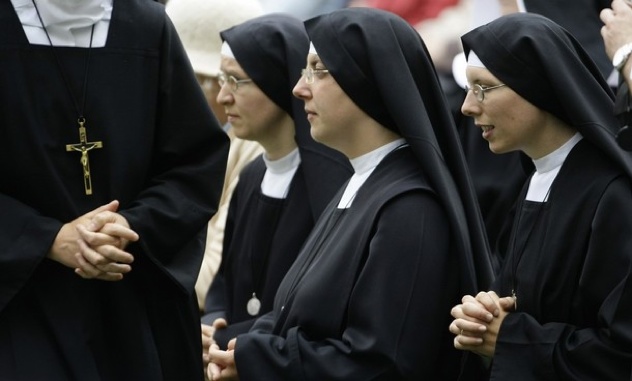 At first look, religion is evolutionary expensive; animal and human sacrifice is, historically, commonplace, religious wars, to this day, cost thousands of lives how could religious belief survive the evolutionary process?

One theory is that religious belief brings people together—or more precisely, that it allows lots of people to live together without killing each other; our closest relatives—gorillas and chimps live in small groups (150 individuals is probably the biggest chimpanzee band). Chimpanzees and humans have a common ancestor from around 8 million years ago, so it seems likely that early humans lived in small groups, but started living in larger and larger groups with the invention of agriculture forcing them to live together.Something in early humans’ brains would have to change to allow us to live in large groups without continual fighting; a common religious belief could be that change. One interesting point about the theory is that it doesn’t matter what the religious beliefs are, but it is important that everyone in the community believes the same thing. That may explain some of the bizarre beliefs in religions.