No one ever said being a hero is easy. After all, if it were just a case of showing up on time to work or giving a few dollars to charity, we wouldn’t need a special term for it. By definition, a hero is someone who goes above and beyond the ordinary, often putting their own reputation, sanity or even lives on the line while expecting nothing in return. And “nothing” is exactly what they get. Yeah, turns out our society has a very dim view of selfless deeds. How else do you explain … 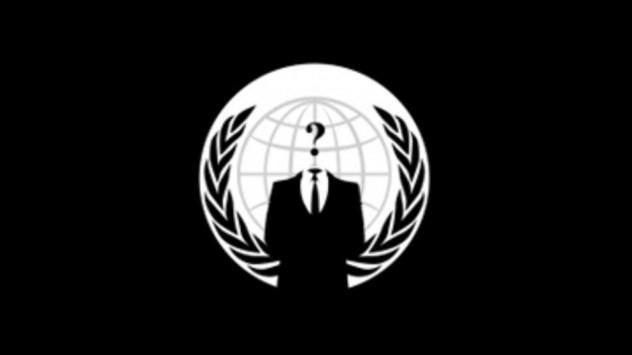 You’ve probably heard of the Steubenville rape case. Last summer, a bunch of jocks decided they could see nothing wrong with raping an unconscious girl and posting pictures of the six-hour assault online. Because we live in an awful world, the police appeared to agree with them, dismissing the case due to ‘lack of evidence’. And there this depressing story would have ended, had Anonymous not got wind of it. Within weeks of getting involved, they’d dug up enough evidence to prove the prosecution’s case beyond all doubt, with the result that the rapists were found guilty. The authorities admitted they’d screwed up, and Anonymous were publicly hailed as heroes.

Or rather they should have been. Instead, the FBI carried out an armed raid on the house of Deric Lostutter, the driving force behind Anonymous’ involvement in the case. Despite being the sole reason two young psychopaths aren’t still lol-ing over photos of an abused girl, Lostutter now faces up to a decade in prison on hacking charges. To put that in perspective, the judge in the rape case gave the defendants a mere two years. 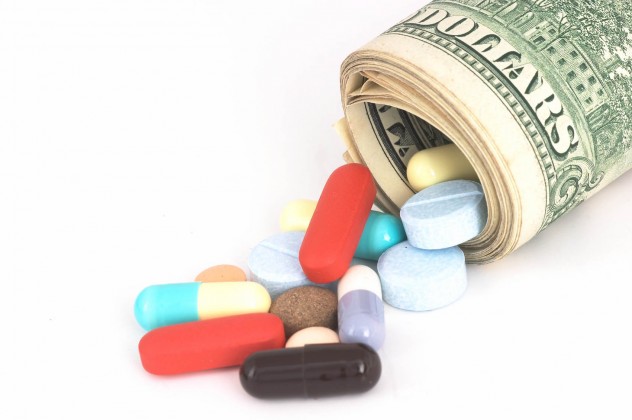 In the 1970’s, Stanley Adams was working for Swiss pharmaceutical giant Hoffman-LaRoche when he stumbled across evidence of illegal price-fixing. Like the good citizen he was, Adams passed his information along to the European Economic Community (the 1970’s version of the European Union) and then watched with horror as they systematically destroyed his life.

First, the EEC failed to keep his name secret (“failed” here meaning they handed it directly to his employers, who had him arrested for industrial espionage). The Swiss police then imprisoned him in solitary confinement for three months and told his wife she would probably never see her husband again. Understandably distraught, she committed suicide — at which point things got even worse. Adams was released after six months to find his wife dead, his career gone and a hefty bill of over half a million dollars in court costs waiting for him. It took him 10 years to claw back enough compensation to cover less than half the bill. Not long after, he was arrested on charges of conspiring to murder his new wife; perhaps assuming that if this was his reward for being good, he might as well become completely evil.

7The Soldier Arrested for Owning a Gun 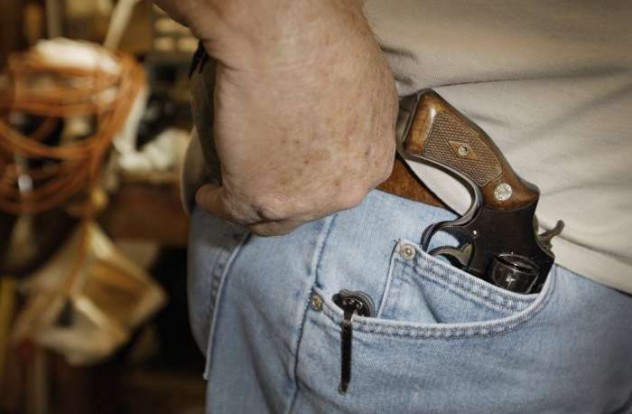 In 2009, SAS combat veteran Sgt Nightingale returned to Britain after a successful tour training Iraqi soldiers. How successful? Well, enough so that his trainees presented him with a special pistol as a ‘thank you’ gift, which a friend thoughtfully packed for him. Unfortunately, this meant Sgt Nightingale was carrying an illegal firearm when he hit UK soil. So what happened? The authorities reprimanded him and let him off? The pistol was confiscated, deactivated and returned to him? Not quite.

The army threw the book at him. Despite clearly being, you know, a war hero and not some violent lunatic, Sgt Nightingale was chucked in military prison for 18 months. For anyone who needs to do a quick comparison, that’s only six months less than the rapists back in Steubenville. Eventually, common sense prevailed and his conviction was quashed, but not before the severely disabled veteran had spent several months in unnecessary detention. 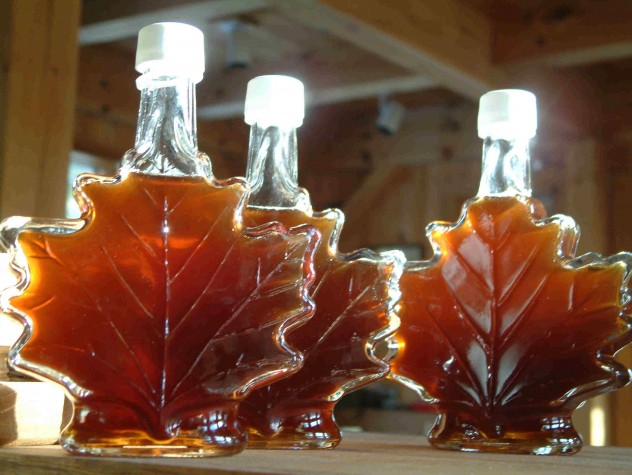 Thanks to decades of stereotyping, most of us assume Canadians are unfailingly polite, decent people. So when civil servant Duncan Edmonds discovered his boss, Defence Minister Robert Coates, was visiting German strip clubs on taxpayer’s money and leaving top secret documents lying around in bars, it seems only natural he would report him. At that point they probably all laughed it off over a cup of salty coffee, right?

Wrong. While Coates got what was coming to him and was forced to resign, the Prime Minister also fired Edmonds and blacklisted him from government. Effectively, this meant that while the spendthrift doofus who nearly compromised national security got to remain in Parliament (with reduced responsibility), the guy who alerted everyone to his careless ways was chased out the building and forbidden from entering it again. Man, it seems they do ‘unfair’ in Canada just as well as we do.

5The Hero in Exile 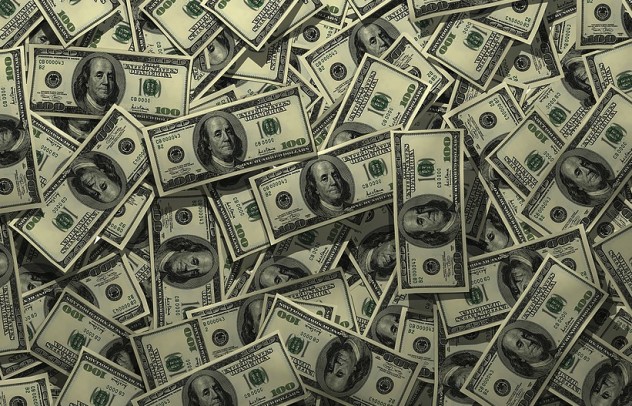 Christoph Meili was a nobody just like any other nobody. With a family to support and no qualifications to support them with, he found work as a night watchman at Zurich’s Union Bank. So far, so pedestrian. Then, doing his rounds one night in 1997, he came across a stack of old ledgers waiting to be destroyed. Bored (or maybe just curious), he decided to leaf through them, at which point his life exploded in his face.

What Meili held in his hands was proof that Union Bank had knowingly laundered Nazi money and hidden Jewish savings from the relatives of Holocaust victims. In other words, it was like a ‘how to’ manual for evil — and Union Bank was on the verge of destroying it. So Meili did what any of us would have done and handed it over to the police … who immediately began investigating him for violating the banking secrecy laws.

Fired from his job and facing a hefty jail term, Meili was forced to seek asylum in the USA, where he and his family lived in poverty for 12 years. To this day he remains a national hate figure in the Swiss press, although the Union Bank scandal has been completely forgotten. 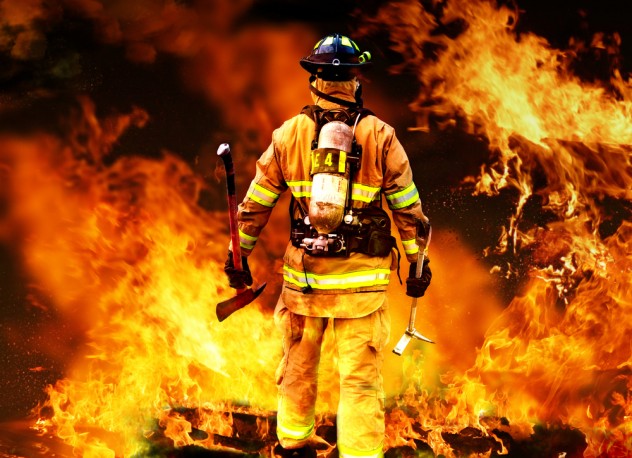 Even as it tore a hole through the national psyche, 9/11 saw its fair share of heroes. Among the most heroic were the first responders – the firemen, ambulance crews and police officers who charged into the carnage and worked to clear the rubble, striving through the toxic cloud of chemicals that enveloped downtown Manhattan. It wouldn’t take much thinking to realize that these guys (and gals) deserved to be decorated many times over. So when they started getting sick a few years later, it should come as no surprise that the government more or less ignored them.

And they did completely ignore them. Despite suffering a 15% increased risk of cancer, the 9/11 heroes were offered nothing in the way of compensation for nearly 10 years. When a bill was tabled in 2006, the government voted it down. When a new version finally reached the Senate in 2010, some empathy-deficient politicians filibustered it. In fact, the only reason it eventually passed was because comedian Jon Stewart got involved, which says a heck of a lot about our political system. Finally, after nearly a decade waiting, the first responders saw the compensation bill signed — good thing cancer isn’t a time-sensitive issue. 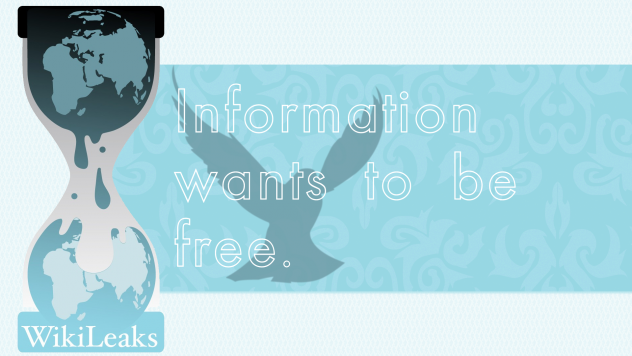 We’ve known for a long time that the Iraq war was a logistical mess. Over 600,000 Iraqis died in the immediate aftermath — nearly as many people as live in the entire Boston area. But it wasn’t until Private Bradley Manning casually dumped over 750,000 military documents onto Wikileaks that the true extent of the Iraq screw-up came to light.

Evidence of American complicity in torture, the unprovoked murder of two reporters in a Baghdad street and the practice of turning a blind eye to cases of rape by the Iraqi police forces were all suddenly revealed. Now, you don’t need me to tell you what happened next: Manning was arrested and held three years without trial in conditions best described as ‘inhumane’. He now faces an eternity in prison, while the government has made almost no effort to investigate the war crimes detailed in the leaks. Oh, and the number of deaths Manning’s leaks have contributed to? Zero. 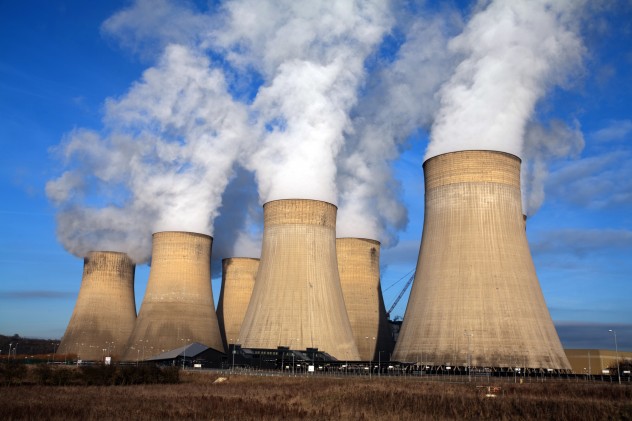 In 1985, Mordechai Vanunu was working as a technician at the Negev Nuclear Research Center in Israel. A dedicated pacifist, Vanunu became concerned by the Center’s obvious dual purpose: researching nuclear energy while also constructing hundreds of thermonuclear warheads, weapons the Israeli government denied owning. Unable to reconcile his personal views with what he was seeing every day, Vanunu decided to approach the British press — who took his story, published it, then tipped off Mossad.

In what can only be described as a storm of events, Vanunu found himself kidnapped, repatriated, charged behind closed doors and sentenced to 18 years in prison — eleven of which he spent in solitary confinement. Since being released, he has been harassed, subject to travel bans, placed under constant supervision and generally received a level of treatment so disproportionate to his crime it can only be called immoral. After all, he didn’t pass secrets to an enemy state nor do any more than confirm what the CIA had suspected since 1968.

But why should we care, Israel has a right to nukes, right? Well, thanks to Vanunu’s actions we’re also now aware of the Samson Option — a deterrent whereby the Israeli government would respond to any attacks by using their stockpile to wipe out not only their enemies but also Europe, Asia and the rest of the world. You better believe that includes us. 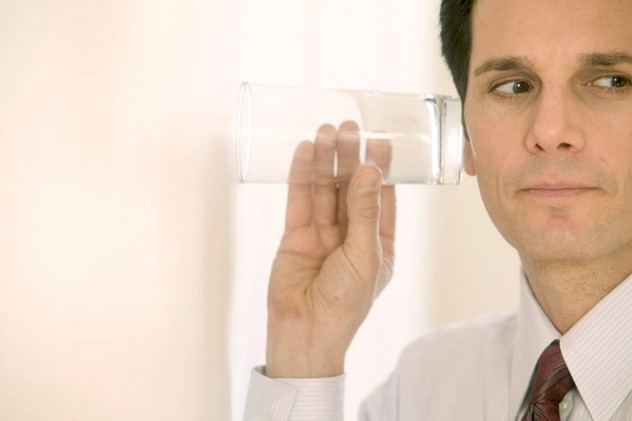 A week or so ago, the biggest story of the past few years blew up without warning. The Washington Post and the Guardian received documented confirmation that the NSA was unconstitutionally monitoring and storing communications data. They had done this without asking the electorate, without telling anyone they were doing so and without even informing members of Congress about the full extent of their intrusion.

Essentially, they shredded the Constitution to set up a spying agency even China would envy — and they did so to constantly monitor whoever they want to. The source of this information? Edward Snowden — a former CIA contractor the Department of Justice is now preparing to prosecute.

Let’s be clear here: Snowden has done us a favor. No one in their right mind wants the government snooping into their private lives 24/7. Currently, there’s no evidence that this intrusion saved a single life, let alone halted any terror attacks – despite what the administration claims. When exposing these files, Snowden took care not to publish anything that might harm the US, its agents or its international operations. In other words: he’s less a troublemaker than some guy who just saw the cesspit of corruption our leaders were festering in and thought ‘enough’. He did so at the cost of his job, his family and likely his freedom — and our government responds by calling him a ‘traitor’. If that’s not prima facie evidence that our system is screwed, what is?