For many, Mexico has a bad reputation. Poverty, immigration, and the savage fallout of the drug trade lend the nation a certain air of hopelessness to outsiders. Since declaring independence from Spain in 1821, the country has endured ruinous treaties, foreign military occupation, economic collapse, and a revolution that left untold millions dead.

But things are looking up: Mexico is enjoying an emerging middle class, and much of its infrastructure has been modernized in recent years. Investment banking firm Goldman Sachs has asserted that it expects that due to strong trading relations, Mexico will constitute the world’s fifth largest economy by 2050. Below are ten facts regarding crime, culture, and politics in the home of the world’s (sometime) richest man. 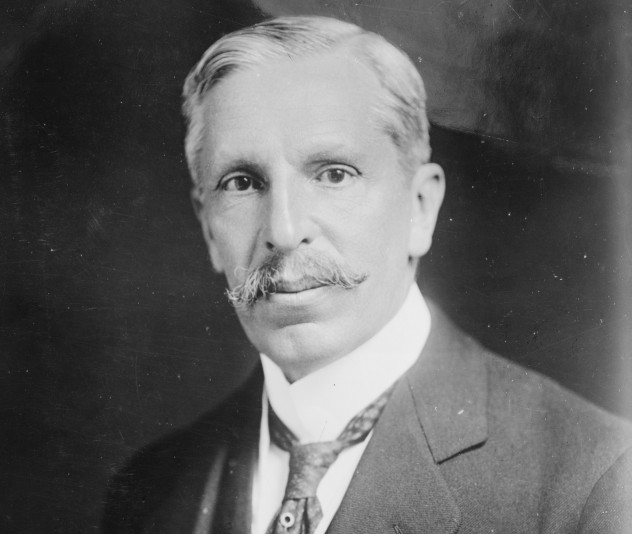 William Henry Harrison was the 9th President of the United States of America. He died of pneumonia on his 32nd day in office, the shortest tenure in US history. But Harrison reigned for an eternity compared to Pedro Lascuráin, the 34th President of Mexico.

In 1913, Lascuráin was serving as a foreign minister to President Francisco Madero. During the early days of the Mexican Revolution, the government was overthrown by a military coup headed by General Victoriana Huerta, known as El Chacal “The Jackal”. President Madero resigned his position, which passed to Lascuráin very briefly for legality’s sake.

There is some very minor debate as to precisely how long Lascuráin’s presidency lasted, but the general consensus is that it was well under an hour, perhaps as short as fifteen minutes. Madero was executed, and Huertas was soon ousted by forces led by Pancho Villa. He died in 1915 while under house arrest in the US. Lascuráin retired from politics and lived to the ripe old age of 96.

9Cinco de Mayo Is Not What You Think 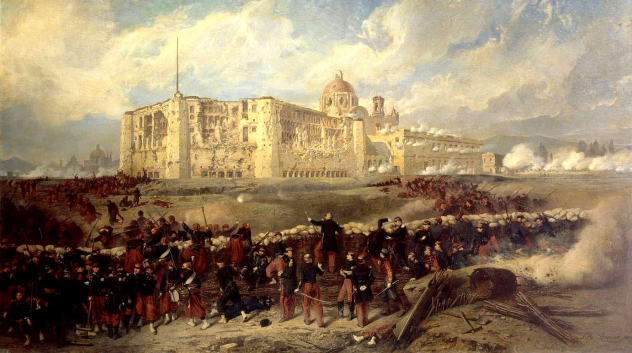 Most Americans think of Cinco de Mayo as a celebration of Mexican independence, along the same lines as the 4th of July, with many participating in the festivities merely for an excuse to drink margaritas on a week night.

However, Cinco de Mayo actually commemorates a victory in battle against French occupying forces. In the spring of 1861, A powerful French battalion swept across the countryside until they were stopped in The Battle of Puebla at the forts of Loreto and Guadalupe by a much smaller Mexican group on May 5th. Unfortunately, the following year, the French returned with thirty thousand troops, took over Mexico, and installed Maximilian I as Emperor.

While it is an important celebration in Puebla, in other areas of Mexico it is somewhat less popular. Mexican Independence Day, a completely separate holiday, is celebrated on September 16th. 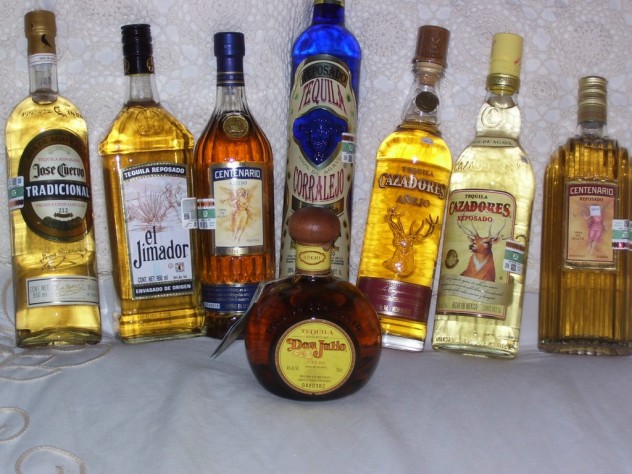 Tequila is the national drink of Mexico, a potent spirit made from the blue agave. Like champagne, which can only legally be produced in the Champagne region of France, tequila must be derived from agave grown only in very specific parts of Mexico. As the drink’s popularity has continued to rise throughout the world, Mexico has tried to maintain its control, claiming tequila is a “geographically indicated product” under intellectual property rights law. However, it appears that other countries may soon be producing tequila, particularly China, which has areas that mimic Mexico’s very specific climate and soil.

A common misconception about tequila is that the bottle should feature a worm. This actually holds true only for mezcal, a similar drink made from agave. The worm is actually the larva of a moth called the Hypopta agavis that routinely infests agave. While there are some who make the claim that the worm somehow improves the flavor, it is more than likely just a marketing ploy.

Every society has its idiosyncratic subcultures, and Mexico is no exception. Centered in Monterrey, the “Cholombians” are best known for their bizarre hairstyles; shaved heads and long sideburns shellacked into place with gel. Their fashion style is equally odd: tiny, airbrushed ballcaps set gently atop their hair-dos, baggy clothes, religious necklaces called escapolarios. Some have been known to wear big cardboard signs around their necks.

They share an obsession with all things Colombian, especially cumbia music. Cumbia is a style derived from traditional African slave music, mixed with local styles into a beat reminiscent of salsa. Although there has been some criticism of the group, they seem noticeably non-violent, generally coming together for dance parties to show off their moves. 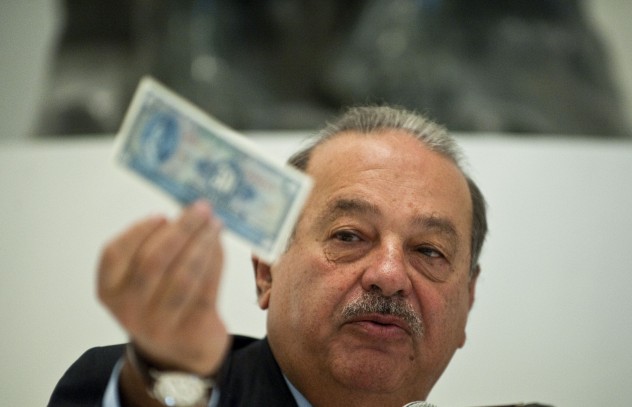 Born in Mexico to Lebanese parents, 73 year old Carlos Slim Helu has spent most of the last five years as the world’s richest man, worth nearly $70 billion.

A genius broker, Slim was already a multimillionaire in his mid-twenties. The majority of his income is tied up in América Móvil, a telecommunications company he founded in 2000. In the United States it is unlikely Helu would be able to amass such an enormous fortune due to monopoly laws. Mexico’s telecom industry is largely deregulated, and in most places throughout Latin America and the Caribbean, América Móvil is the only choice. It even has a presence in the US through its subsidiary pre-paid phone service Tracfone.

Slim also has a vast cross-section of other investments, including the Mexican arms of Sears Roebuck, Hershey, and General Tire. At the time of this writing, it would seem that Bill Gates has wrested back the number one spot due to a surge in the value of Microsoft stock, but it may be only a matter of time before Carlos reigns again.

5The Cartels Are Worse Than You Think 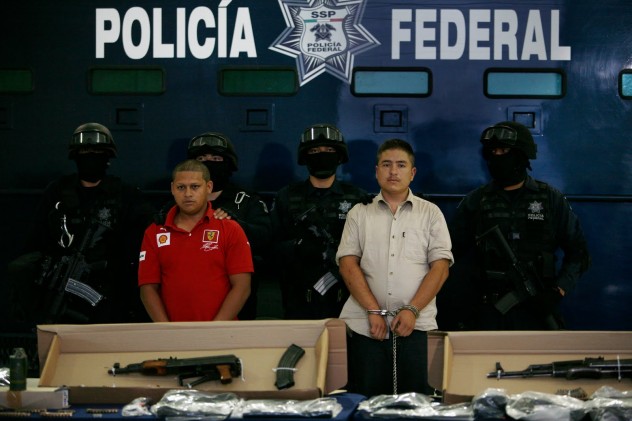 In decades past, Colombia was the main exporter of cocaine into the United States. But after the death of drug Kingpin Pablo Escobar, the trade shattered into dozens of smaller, and harder to track, organizations. In a few short years, a vast network of cartels sprung up across the country, a dozen or more ruthless groups fighting with each other and with police forces to gain control.

The violence is very nearly unimaginable. Thousands are killed every year, often in increasingly baroque and horrifying ways. Decapitations are common, and bodies are often dumped en masse as a symbol of intimidation. Not only are rival gang members targeted, but journalists, police, and soldiers are also killed should they stand in the way. As tens of billions of dollars in drugs continue to flow over the borders, it seems unlikely that this savagery will stop any time soon. 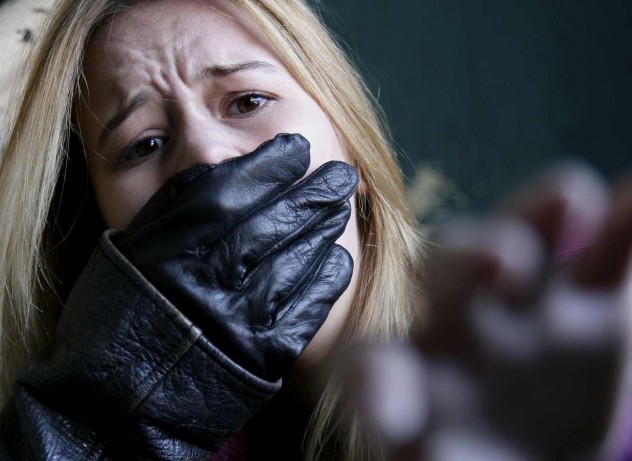 Mexican cartels derive the vast majority of their wealth from the drug trade, but these criminals have also been known to turn to kidnapping. The abductions can be incredibly brazen: on May 26, 2013, a dozen young people were snatched from a bar in Mexico City. The majority of kidnappings tend to be tourists, or those with relatives in America, who could be tapped to make ransom payments. Over 26,000 people have gone missing in Mexico in the past six years alone. The Los Zetas cartel is known for kidnapping migrants and either forcing them into prostitution or turning them into drug mules.

Providing security against such abductions is big business in Mexico, attracting all manner of mercenaries, professional soldiers, and even former Hollywood actors (Sam Jones, who played the sci-fi adventurer Flash Gordon, now runs a business protecting clients). For some years, anti-kidnapping expert Felix Batista was known for providing security consulting, running seminars, and serving to negotiate the release of hostages throughout Mexico. In 2008, Batista himself was kidnapped, and has not been heard from since.

Despite how bad it seems, there have been some victories: in the beginning of June 2013, 165 migrants were rescued from the northeastern border state of Tamaulipas. They were being held in a house while a gang sought to squeeze their families for ransoms. 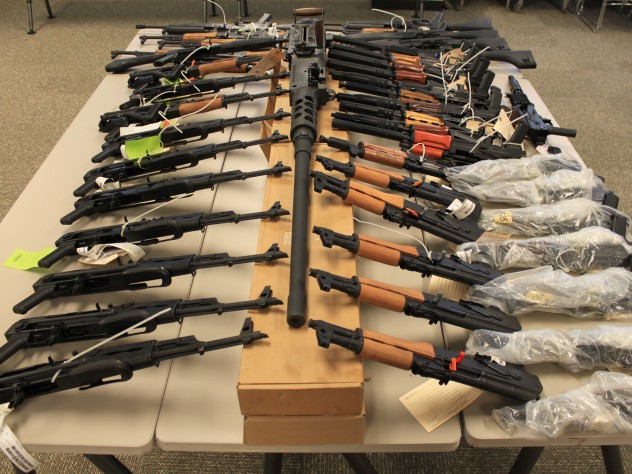 Given the violence to which Mexico has been subject, it would be natural to assume that there is a gun store on every street corner—In fact, nothing could be further from the truth. Mexico has some of the strictest firearm regulations in the world. There is only one gun store in the entire country, located in Mexico City, and it is operated by the military. To purchase a weapon, citizens must submit references and subject themselves to background checks, fingerprinting, and being photographed, among other steps. Then, and only then, are they allowed to buy a single gun and a single box of bullets.

It is illegal to have a pistol anywhere but inside the confines of one’s home. The black market in Mexico is largely fed by a thriving gun culture in the United States, which is home to over 6,000 along the border alone, and 51,000 in total. 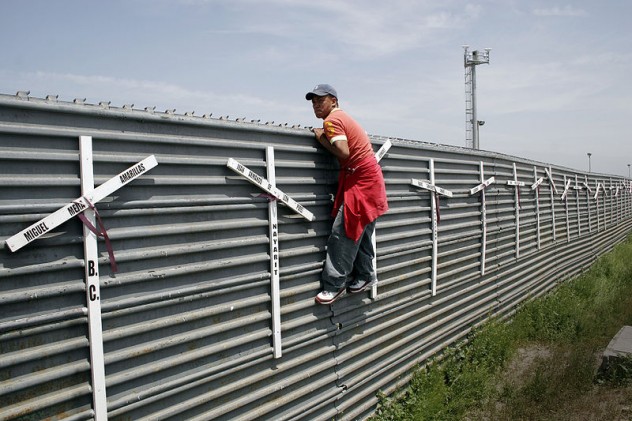 At the beginning of the century, over a half million illegal Mexican immigrants flooded across the borders of the United States each year. A decade later, and the flow has declined precipitously; down some 80% from those peak levels. It is believed that only around 100,000 a year choose to make the journey these days, a trend defined by a host of different factors.

For one thing, it has grown ever more dangerous to cross. There is a heavy cartel presence at the border, and the prices charged by smugglers has more than doubled. Moreover, stiff immigration laws such as those employed by Alabama and Arizona makes life in the United States increasingly unpleasant. Jobs are harder to come by, and deportations are frequent.

But perhaps the greatest difference stems from improvements in Mexico; living conditions have risen dramatically in recent years. Smaller families and access to education has done much to shrink income disparity, and services such as electricity, running water, and garbage collection have begun improving the quality of life in some of Mexico’s most remote areas. 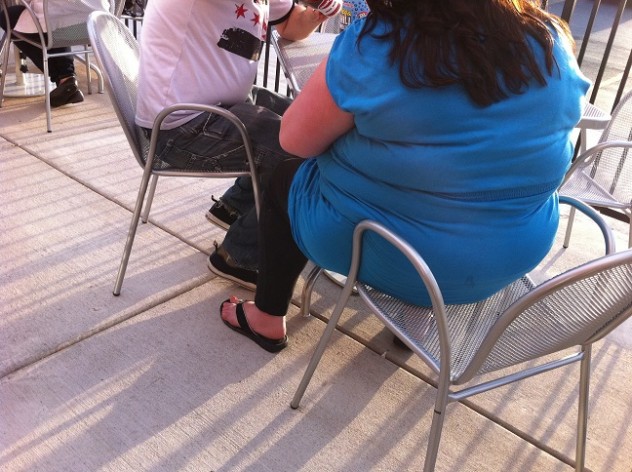 It is tragically ironic that Mexico, once a country plagued by starvation, is now the second fattest country in the world behind the United States. In 1989, fewer than 10% of adults in Mexico were overweight, but the rate has skyrocketed in the last 15 years as fast food franchises set up shop by the dozens. Since Coca Cola has become more available than water, Mexicans drink more soda per capita than any nation on earth, nearly twice as much as the United States. Today, over 70% of all Mexicans are overweight, a number that continues to rise. Diabetes has recently become the leading cause of death, claiming 70,000 lives each year, and it is estimate that a quarter of all adults over the age of 35 have the disease.