Most people probably think that to start eating healthier, they have to give up all the junk foods they enjoy most. This is patently wrong. Many foods even have hidden health benefits (like video game power-ups without the cool sound effects). Here are eight of the coolest. 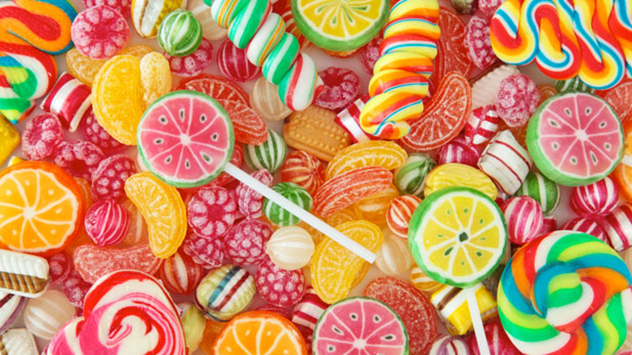 Some scientists, who possibly felt that their own childhoods had lacked serious candy saturation, decided that they should give children candy—lots of it—and see what happened. It turned out that the children who regularly ate sugar candy ended up healthier, weighed less and were at a lower risk for heart disease. Fantastic: time to start ordering in bulk!

Not so fast: another study found that those effects change over time. Adults who were daily candy eaters were likely to weigh slightly more than non-indulgers.

But . . . even though they weighed a little more, the adult candy-eaters also lived longer, up to one year. If all we have to do for an entire extra year of life is pop a handful of Skittles every day, then sign us up. 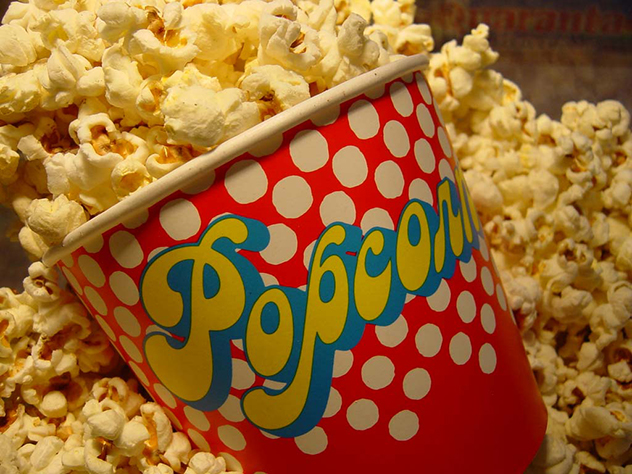 A classic movie theater junk food might actually save your life. Popcorn is loaded with antioxidants called polyphenols. Polyphenols are known to reduce cancer risk and other things like heart disease. One serving of popcorn has more polyphenols than a whole day’s worth of fruit and vegetables. Of course, the gallon of processed butter is perhaps less than fantastic for you, so the drier your popcorn the better, but that doesn’t mean you have to throw taste out the window. 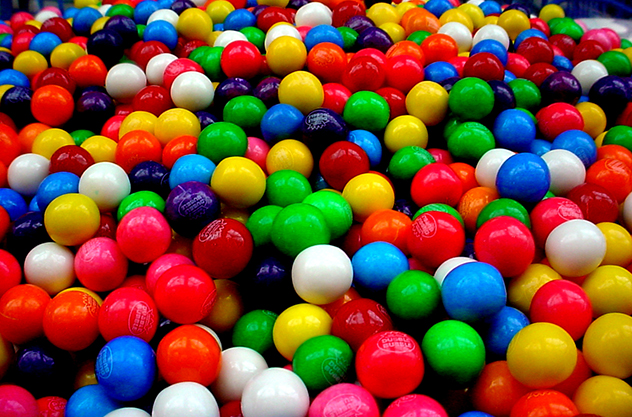 Most people view chewing gum as little more than a treat. You probably don’t even realize you need gum until you’re puckering up for that all-important first kiss (and even then you have to figure out how to quietly swallow it at the last second anyway). But does it actually do anything for your body?

For starters, it’ll improve your short-term memory and brain performance. And that’s not all: for several hours after chewing, you’ll have reduced appetite and food cravings (especially those of the dangerous snack and dessert varieties). Essentially, you’re fooling yourself. If you’re chewing, your body thinks it’s taking in nutrients. 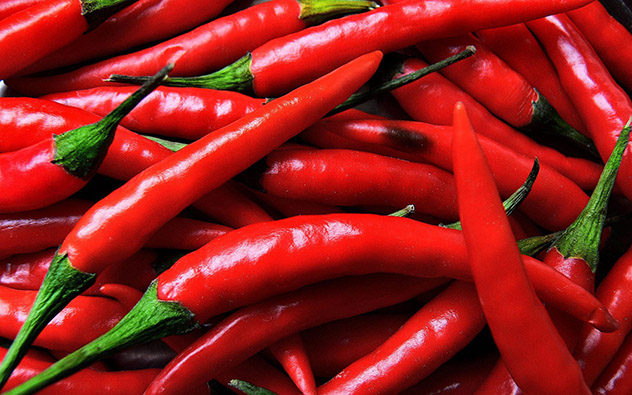 How about chili peppers? They aren’t junk food, but they’re certainly not considered diet food (unless you count the possible food-related PTSD your tongue will get after consuming one too many). What secret health benefit are they hiding from you? Some varieties of chili contain more vitamin C per pound than the hallowed king of the vitamin world: oranges. And though it seems counterintuitive, the ancient Mayans ate chilies to cure stomachaches.

All right, we’ve improved on stomachache cures, but did you know chili peppers are still used in medical applications today? You don’t eat them; you smear them on your skin. Chilies are commonly used in ointments and creams for muscular aches. If you’ve ever handled chilies and then rubbed your eyes or touched any other sensitive areas, you know that stuff can burn. Well, in ointments, the chilies are used to help create that “deep heating” feeling. (You still may want to avoid those sensitive areas.)

4 Natural Sugar is Good for Teeth 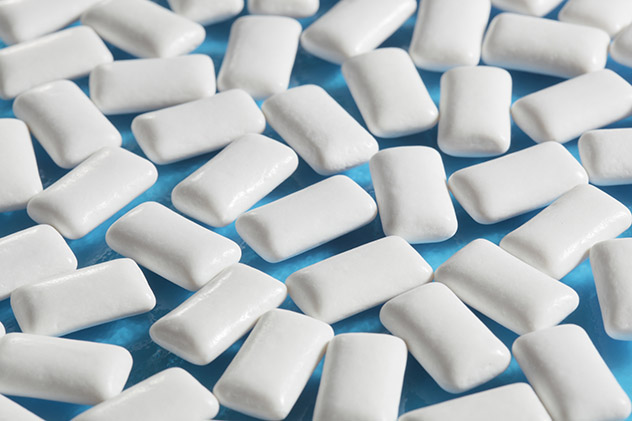 How about just regular old sugar? Well, scientists found a natural replacement for sugar. Aside from the fact that xylitol sounds like a xylophone-wielding comic book villain, the stuff is actually pretty good for you. It’s being used in chewing gums, mints and other hard candies instead of sugar because it has fewer calories and is actually beneficial for your teeth. When consumed regularly (in moderation, of course), the mouth produces less plaque and lactic acid, both of which are responsible for decaying teeth.

Not only will they spruce up your mouth, but children who consume xylitol twice a day cut their risk of ear infections by 25 percent. Nothing is worse than a child screaming in pain from ear infections and cavities, but science would like to let you know that the answer is to stuff them with sugar substitute.

3 Chocolate is Good for Your Heart 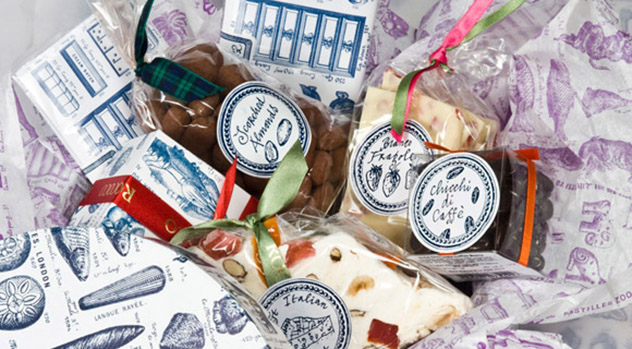 It’s pretty common knowledge by now that chocolate (quality dark chocolate, not some Hershey’s vomit-scented knock-off) benefits blood pressure and heart function when consumed daily in moderate quantities. Of course, you can’t expect your prescription drug company to recognize that, but maybe your skin care company will think about adding chocolate to their product lines because it’s actually good for your skin, too.

Surprisingly, eating a little chocolate moistens your skin, makes it smoother and protects it against sunburn. You could forget that expensive prescription cream with all the bells and whistles and just enjoy some chocolate. It all comes down to the antioxidants and flavanols that chocolate contains, which are beneficial compounds found in high concentrations in some foods, including chocolates and wines.

And when you throw in the fact that the flavanols in chocolate improve muscle function and regeneration, you might ease up on that ridiculous home video workout routine you’re killing yourself with and run to the grocery store instead.


2 Gelato as a Meal Replacement 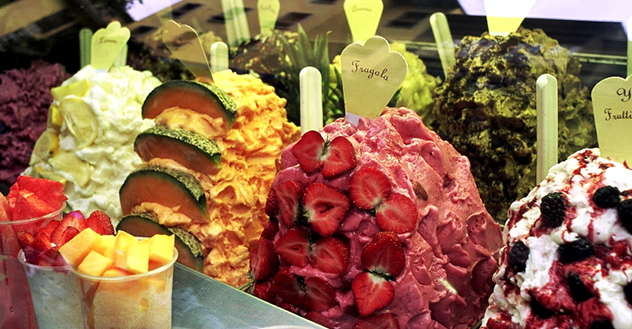 If you’ve ever been to New Jersey, you know how much Italians love their spray tans. But if you’ve ever been to Italy, you know that real Italians love their gelato even more. So it should come as no surprise to learn that Italian scientists wanted to study their national food and it didn’t take too long for them to start singing gelato’s praises. Gelato has diverse nutritional value, containing proteins, sugars, fats and calories similar to a lunch-sized meal. So what did these enterprising scientists decide? You can safely skip lunch and go to the ice cream shop instead, earning them the rage of fad diet planners everywhere. 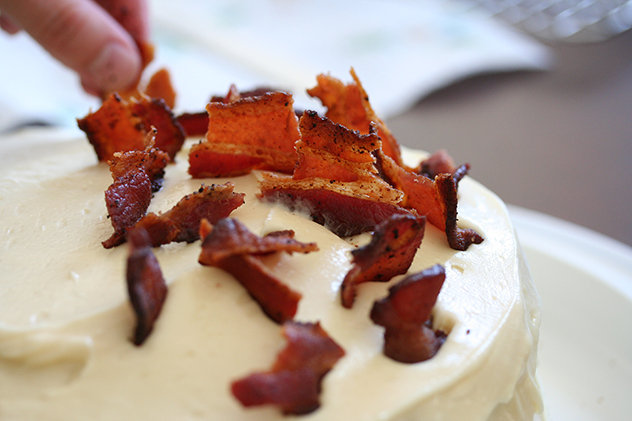 Scientists like a good laugh as much as anyone, so they took people who were already fat and then fed those people cake for breakfast. But instead of gaining weight, the researchers found that eating cake or a similar dessert sweet in the morning could lead to significant weight loss. And there isn’t even any fine print: adding a breakfast sweet was the only “lifestyle change” these people made.

The key here is getting the sugary stuff out of the way early in the day. Your body is most active in the morning, especially in digesting food. You’re also giving it all day to use up the energy. Eating large evening meals often causes your body to just start storing (that’s called ‘fat’) because it doesn’t have anything to do with the energy you’ve given it.