A free press is one of the cornerstones of a functioning democracy. By allowing intrepid reporters to speak out against corporate fat cats, trade-union bosses and shadowy Congressmen, we put a stop on abuses of power, nepotism, and other bad stuff. At least, that’s the idea. In reality “freedom of the press” usually seems to translate to “the freedom to print any biased, hysterical crap we like without running a single fact-check.” Here are nine examples of the media throwing professionalism out the window in exchange for a quick headline. 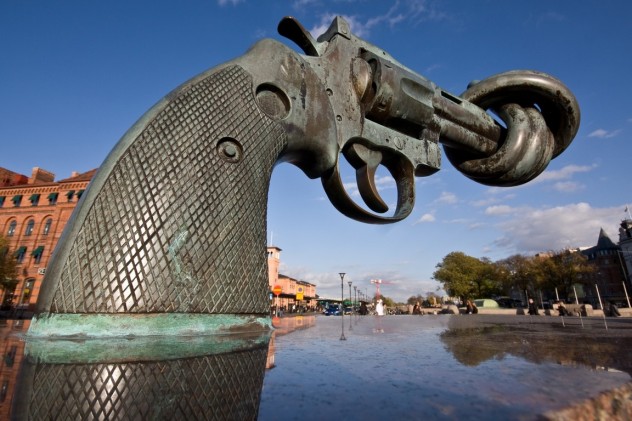 Put simply, the media loves violence. And why wouldn’t they? Every day brings new stories of atrocities, murders, genocides, mass shootings, and home invasions—surely it’s their duty to report this stuff, right?

Well, yes. But the level of attention given to violent crime is so far from the reality that it’s almost laughable. In 2010, a study found that positive stories about peace and so on made up a pathetic 1.6 percent of the mainstream media’s output. This would be understandable if horrible things were happening 98.4 percent of the time, but they’re not. According to official statistics, the US murder rate in 2013 is the lowest in a century, with violent crime also reaching near-record lows. Glance at the macro picture and things look even rosier. Despite its wars, riots, and nuclear stand-offs, the 21st century is literally the least violent point in the whole of human history. But thanks to the media’s love of violent stories (and the clicks they produce), two-thirds of us are convinced that violence is currently on the rise. No wonder reading the news has been linked to worry, anxiety, and even depression. 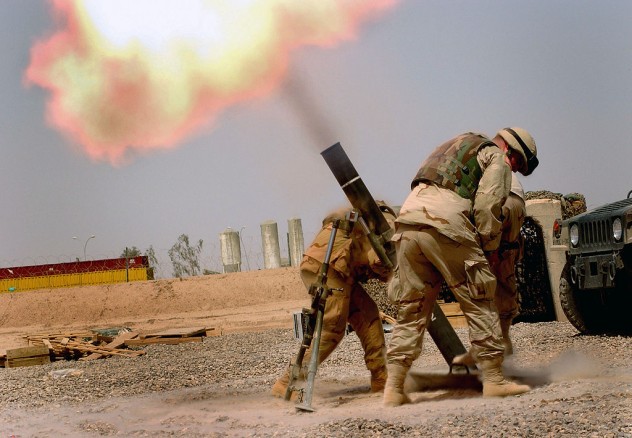 If there’s one thing even better for sales than violence, it’s the threat of war. Mere months ago, the world watched on tenterhooks as North Korea calibrated its missiles and threatened to rain nuclear destruction on the West. Every news outlet was full of breathless analysis and maps showing how the US lay within striking distance—despite there being no possibility of war whatsoever.

As in none—zilch, zero, nada. The fact is, a North Korean “attack” would almost certainly end with the missile failing to launch or falling into the sea, for the simple reason that their technology sucks. Analysis confirms that Pyongyang has yet to build a bomb small enough to fit on a missile, while experts agree that Kim’s recent bluster was just that: bluster. So, we essentially have a non-story about a fat little tyrant bawling for attention half the world away, and our media spins it into a narrative where we’re all on the verge of annihilation.

Nor is this an isolated incident. Not six months earlier, major papers were literally calling on Obama to stop Iran’s nuclear ambitions with a devastating airstrike, only for the Iranian people to peacefully kick the hard-line nutjobs out of office less than a year later. In other words, the media’s reporting of this kind of thing is almost scarily irresponsible, just as it is with . . . 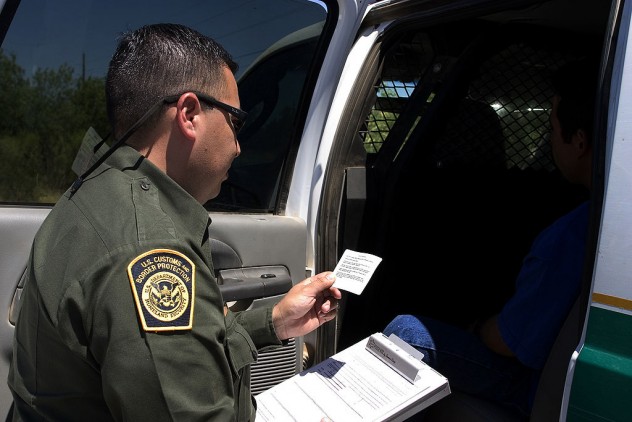 By all means, we should be debating immigration. Only an idiot would listen to the legitimate concerns someone has about the topic and scream “racist!” But the media tends to go so far the other way that it passes right over “parody” and goes straight into “terrifying vindictiveness.”

In 2012, a study by the National Hispanic Media Coalition found that a disturbing number of people assume at least half of all Hispanics are in the United States illegally, as opposed to the actual figure of less than one in five. Even more worryingly, the same report found a significant link between staunch anti-immigration rhetoric and how people view Latinos in general. But it’s not just lazy stereotyping the media encourages—often the debate is run on outright lies.

Take the myth of immigrant violence: pundits love to talk up the link between violent crime and immigration, despite the mind-boggling number of studies showing high-immigration areas often have lower crime than anywhere else. But expecting bored journalists to run a simple fact check is apparently too much to ask. 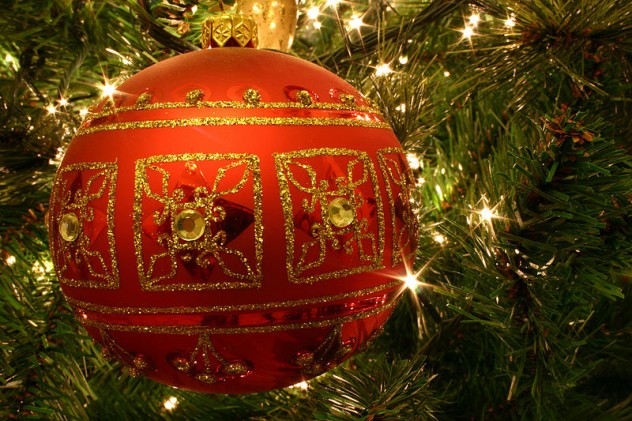 Nothing gets people riled up like a story about “political correctness gone mad.” And it’s understandable: if some government department started telling me I had to call Christmas “Winterval” I’d be mad as hell. However, what the papers fail to tell you is that these stories are usually just that: stories.

Take the Winterval example. In the UK, this was a source of outrage for years—until the paper that first reported it finally admitted they’d made the whole thing up. The same goes for pretty much every other “War on Christmas” story you’ve ever heard, and plenty of others besides. Remember that story about how atheists are trying to ban religious broadcasting because it offends them? Sure sounds like PC gone mad—until you realize Snopes debunked it years ago. Then there’s the furor surrounding the young transgender student who was forbidden from using the girl’s toilets in her Maine school, despite being, you know, female. In the resultant hoo-hah, Fox News decided Maine was planning to outlaw gender-specific bathrooms—a statement so hilariously false it probably counts as self-parody. But then again the media doesn’t have a great record on trans-people, leading to tragic situations like . . .

5Hounding A Transgender Teacher To Death 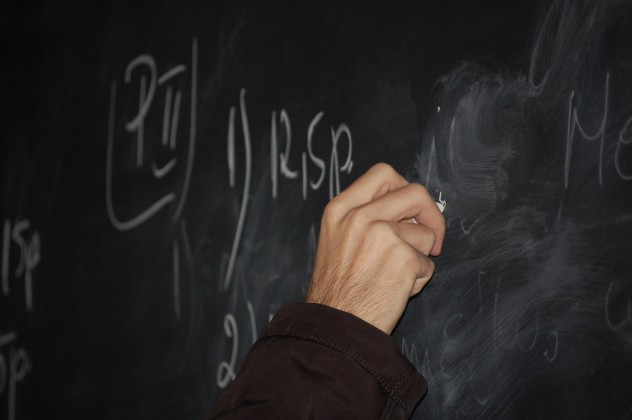 In December 2012, a nondescript school in the UK wrote to parents informing them that one of the teachers, Lucy Meadows, was having gender-reassignment surgery. What happened next will make you lose all faith in humanity. The press got hold of the story and began a campaign of sustained harassment which ultimately resulted in her suicide . According to reports, they stalked her, offered people money for incriminating stories, and basically did everything they could to make her life an utter misery. At the inquest, the coroner specifically blamed the press for Meadows’ death, noting that “her only crime was to be different.” In other words, she was targeted with the sort of vitriol we should reserve for war criminals and violent pedophiles. And for what? A chance to make some editor a quick buck off the nation’s outrage. There’s a word for people like that, and that word is, well, not a word we’d like to use in polite company.

4The “Health And Safety” Myth 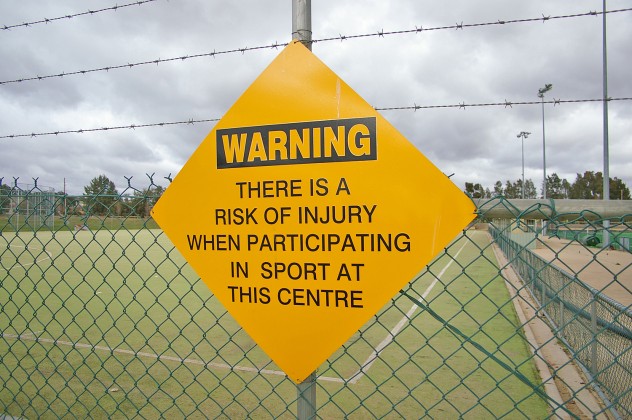 As you’ve probably guessed, literally every single one of those examples is completely unfounded. Along with graduates being told not to throw their hats in the air and park benches being lowered three inches, they’re nothing more than made-up stories journalists cranked out before a deadline without doing a single fact-check. In fact, the media’s penchant for totally making up stories about health and safety got so bad the UK government was forced to set up a website with the specific aim of debunking these myths—because just asking the press to stop acting like fools would obviously be a step too far. 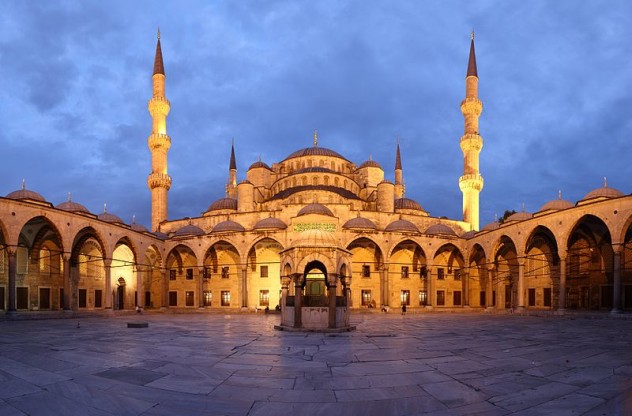 Put simply, “Islamification” happens when an influx of Muslims changes the culture of a city or country to such a point that it appears Islamic. And, judging by the media’s coverage of it, it must be happening at a phenomenal rate. So, want to guess what percentage of the US population currently identifies as Islamic? Ten? Twenty?

Try less than one percent. Yeah, in 2010 the Muslim population of the United States stood at a terrifying 0.8 percent—a number so minute it barely outstrips Scientology. Well, how about Europe then? Things are surely worse there. Nope. In the whole of Europe, including the Islamic-majority Balkan states, the Muslim population stands at six percent—six. To give you some perspective, more people in Europe work in the concrete industry than worship Allah. Yet the media persistently delivers an image of Islam as radical, violent, and intent on bringing sharia law to America. And guess what? This media hate-fest has real-world consequences. Remember how I said earlier that violence is at an all-time low? Turns out I lied a little bit. If you’re Muslim, you’re currently more likely to be assaulted or murdered by strangers on a US street than at any time in recent history. 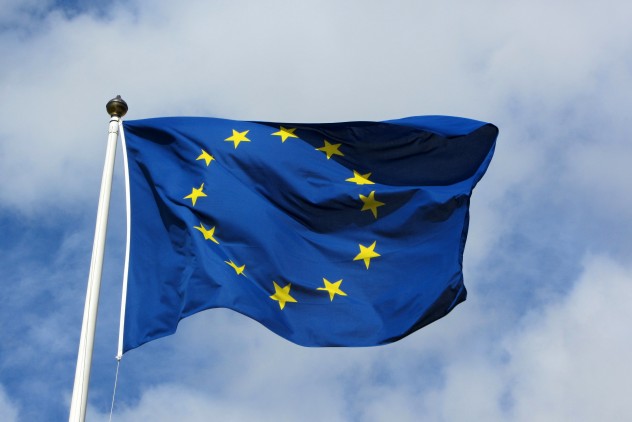 If you live in Europe, chances are good that you’ve come across an anti-EU story. Since Europe’s bizarre system of governance is currently responsible for bleeding the Greek and Spanish economies to death, it’s somewhat understandable. Or at least it would be if the stories made any sense at all.

Rather than focusing on the real problems of the EU, tabloids from England to Switzerland to France have made a market out of peddling absurd tales of Brussels banning yogurt, jailing Austrian grandmothers, and forcing the Swiss to give up their favorite sausage. Since you’ve read this far, you can probably guess how much truth these stories typically have in them. That’s right: zero. Just like “PC gone mad” and “health and safety,” stories about the EU have metamorphosed into a bizarre form of European fan-fiction—to such a degree that the EU, like the UK before them, has been forced to set up a website to debunk the dumbest. 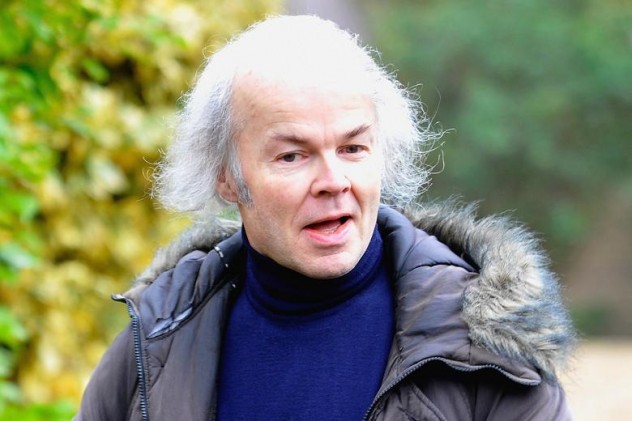 “Trial by tabloid” happens when newspaper editors decide your guilt and the public rolls with it. You probably remember Casey Anthony. In 2008, the corpse of her child was found in a horrific condition, sparking the biggest murder trial in years. Tabloids jumped on the case, branding her a “monster” and “evil”: a fair description, had Casey not been found totally innocent. Unfortunately, by that point, people had become accustomed to seeing her as an inhuman scumbag, with the result that Casey received death threats and was told to leave town. But, as bad as that was, nothing compares to the case of landlord Christopher Jefferies in the UK.

When one of his tenants was found murdered, Jefferies was thrust into the spotlight. Weird-looking, aloof, kinda “out there,” and a total loner, Jefferies fit the bill of a pervert serial killer perfectly. Confronted with this clearly guilty weirdo, the press threw everything they had at him: Jefferies was labeled a homosexual, a peeping tom, a creep, and a child molester despite there being literally no evidence to support any of those claims. And then someone else confessed to the murder. Jefferies, it turned out, was completely innocent: a victim of hack journalism and lazy prejudice. The poor man lost everything because some dumb editor took one look at him and thought, “Weird hair? Yup, he’s the guy.” And that, right there, is why none of us should ever, ever trust the media.