Agriculture is the foundation of all human civilization. The moment mankind was able to reliably grow its own food, it could halt its nomadic hunter-gatherer lifestyle. When we were no longer forced to chase migrating herds and pluck grubs from the dirt to survive, we were able to develop culture, language, and music. Below are 10 strange and fascinating facts about these foods we hold so dear. 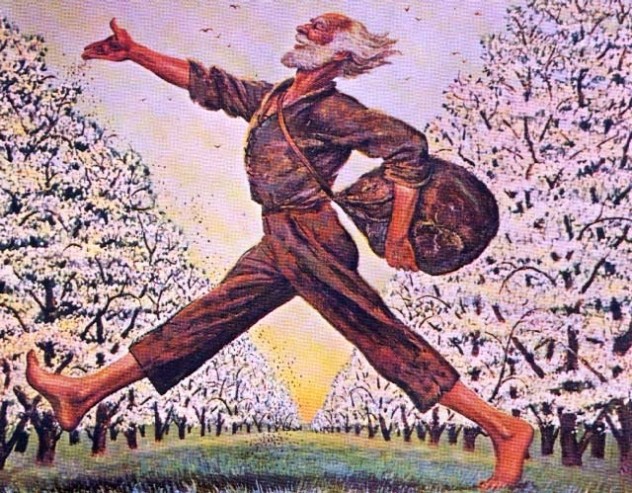 Johnny Appleseed was a real person, but so much mystique surrounds his name that, like Daniel Boone and Davy Crockett, he’s passed into the realm of legend. He roamed the frontier territory of Pennsylvania, Ohio, and Indiana in the late 1700s and early 1800s, planting 100,000 square miles of apple orchards as he went, some of which remain today. Barefoot and dressed in sackcloth, people were vastly entertained by his presence. He made fast friends with Native Americans, children, and animals alike.

That said, the man wasn’t a saint, and growing apples was big business. He seemed to have an uncanny knack for knowing where the next settlement was going to spring up and arrived ahead of time. When the pioneers came along, he would sell his trees for a few cents apiece and move on. Because of this, he died a wealthy man.

Lest you imagine that Johnny’s apples went into pies and cobblers, it might interest you to know that apples weren’t highly valued as food back then. Johnny’s orchards were planted for making hard cider and applejack. After all, there was no sense conquering the frontier if you couldn’t settle down with a cocktail at suppertime. 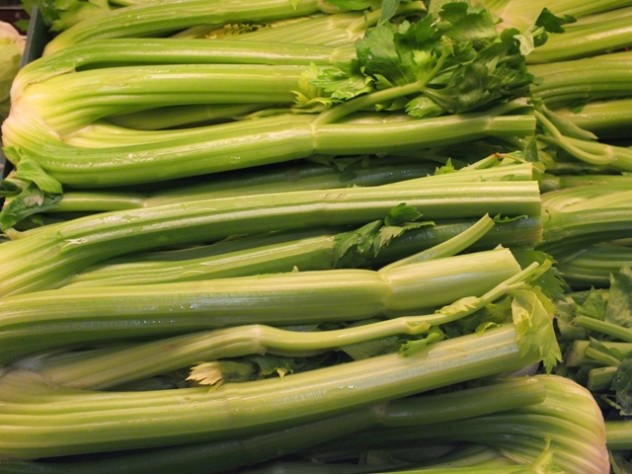 There is no pursuit fraught with more anecdotal, questionable, and downright dangerous advice than dieting. One of the most dubious claims is that there are “negative calorie” foods—so low in calories that the very act of chewing and digesting them consumes more energy than the food actually gives us. The most commonly cited example is celery, which contains about six calories per stalk. Dozens of otherwise reliable sources assert that celery will actually help you lose weight.

However, the act of digestion is remarkably efficient and burns few calories. It makes sense as a survival mechanism; in the age before drive-thrus and Wal-Marts, humans often had to expend enormous amounts of energy to obtain food. If digesting what they managed to scrounge up was also an energy-consuming process, they would likely starve to death. Celery is no replacement for exercise, but feel free to eat it to your heart’s content. It would take over 300 sticks to equal the average human’s daily ration of calories. 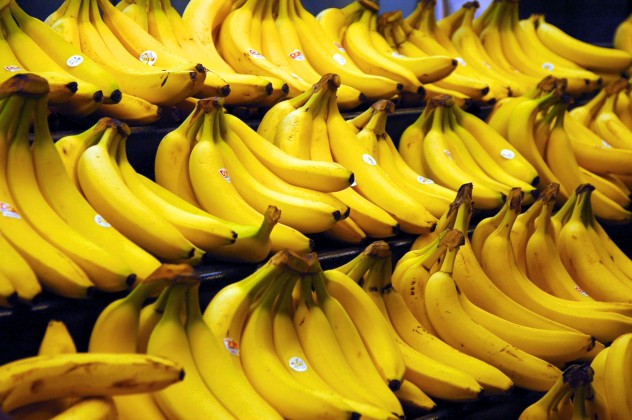 Our great-grandparents might have dealt with the Great Depression, and they certainly didn’t have iPads to while away their hours, but they did have something we don’t—far superior bananas. Prior to the 1950s, the most widely distributed banana in the world was the “Gros Michel.” Unfortunately, the Gros Michel banana was nearly wiped out by a fungus called Panama Disease. 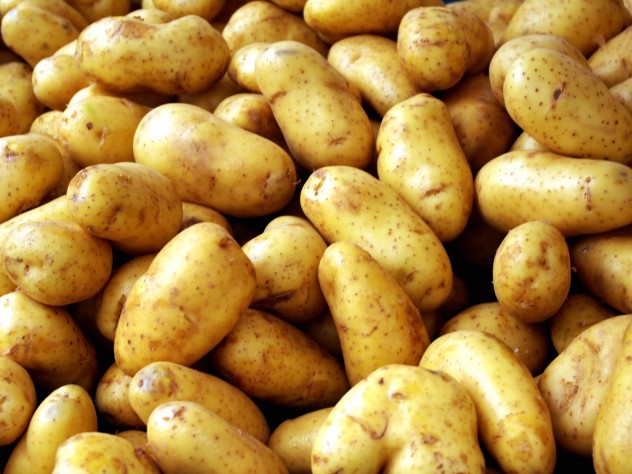 The common potato is a member of the Solanum genus and a kissing cousin of deadly nightshade. Like nightshade, the potato produces large amounts of substances called glycoalkaloids, particularly one nasty strain called solanine. This poison is the potato’s defense mechanism that keep it from getting eaten, and is most concentrated in the leaves, stems, and shoots. Spotting any green on the skin of the potato is a sure indication of the presence of solanine. Most commercially available potatoes are carefully cultivated for low levels of the poison, but it is possible to get one with a high amount present, and people have died from ingesting potato solanine. While cooking can reduce the level, every potato you eat gives you at least some small amount of exposure. 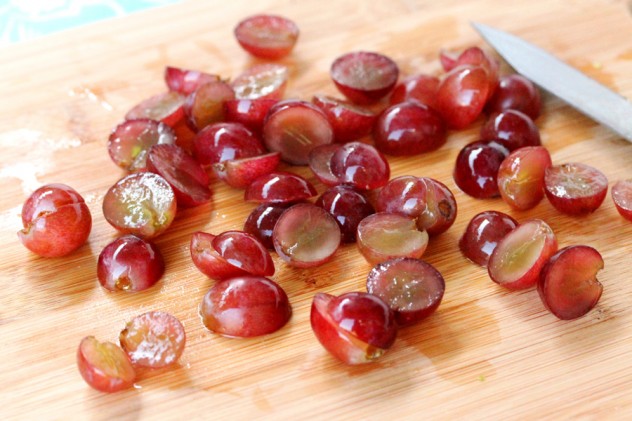 A simple grape can be turned from a solid to a gas to a plasma with a little ride in the microwave. There are sometimes inherent dangers involved in catastrophically changing states of matter, and the microwave might not survive this stunt. There is also a chance, however remote, that you might set your house on fire, so don’t try this one at home.

The set up is simple. Take a grape, and slice it about 90 percent of the way through, leaving both halves attached by a small strip of skin. Remove the rotating tray from the microwave, insert grape, and set it for no more than ten seconds. After a couple seconds, the moisture inside the grape emerges as a gas, and the charge between the two halves turns the steam into a brief electric lightshow. Placing a clear glass over the top of the grape will contain the plasma a few moments longer. 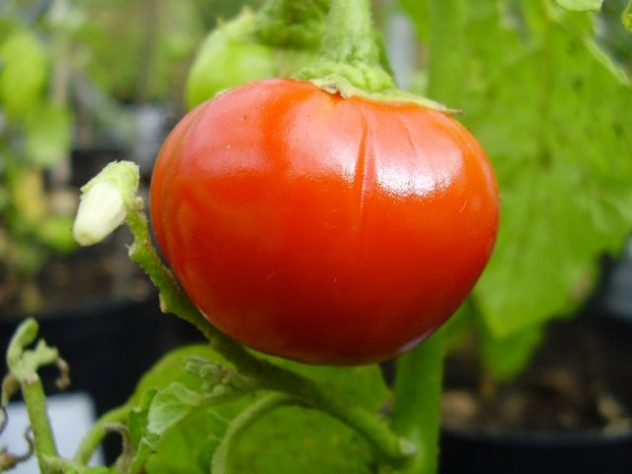 Fiji’s “cannibal tomato” is actually an eggplant. The plant closely resembles a tomato and was used by the natives of Fiji, who have practiced cannibalism for thousands of years, to create a sauce said to be the perfect compliment to eating human flesh. As I mentioned in a previous list, some modern-day folks who have tasted human meat have likened its flavor and consistency to that of veal, so it would seem appropriate to pair it with a nice marinara. 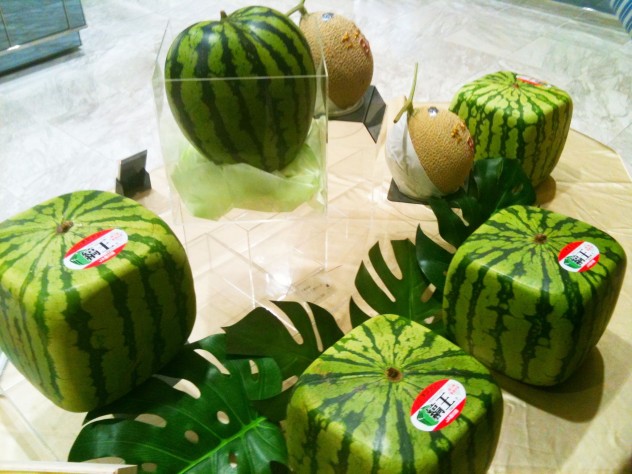 The watermelon originated in southern Africa, and its spread throughout the world highlights the existence of sophisticated trade routes in ancient times. It was consumed by Egyptians during the time of the pharaohs. It reached China by the 10th century and Europe in the 13th century.

Highly adaptable, the watermelon was a natural target for the Japanese appetite for novelty. Farmers discovered a way of raising the melons inside glass boxes so that they grow in a cube shape for easy storage in refrigerators. Other shapes—including pyramids—have also been formed. Even more outlandish are the prices paid for gourmet “Densuke” watermelons. Grown only on Hokkaido Island, the first few specimens harvested each year sell for thousands of dollars. The average Densuke melon retails for about $250. 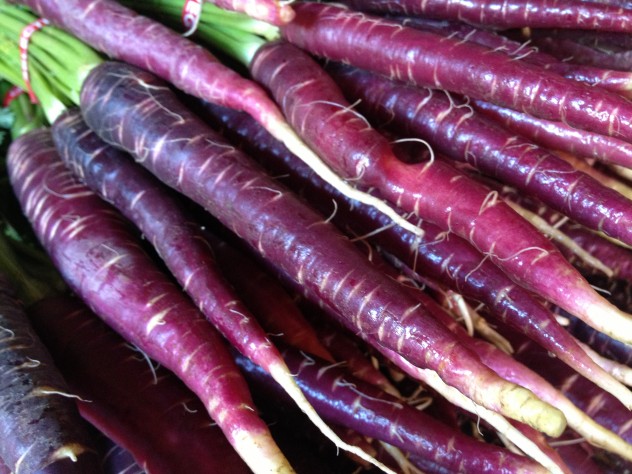 Like the watermelon, the carrot’s migration around the world can be traced, though there are some doubts regarding its origin. It is believed to have been first cultivated in modern-day Afghanistan, then swept into Europe along Middle Eastern trade routes. Of course, we would hardly recognize these ancient carrots—they were rather straggly and either white or purple. Beneath the green thumb of the Dutch, the carrot was bred into its current orange state. While most of us have never seen anything but orange carrots, other colors are available in high-end grocery and health food stores, often in “rainbow packs,” including white, yellow, red, purple, and even black varieties. 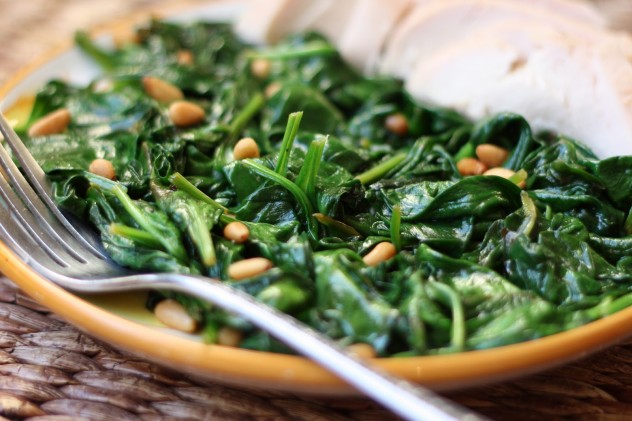 Spinach has a bad rap. Many people, particularly children, turn up their nose at the vegetable. Enter Elzie Segar, whose Popeye character derived superhuman strength from a can of spinach. There is no telling just how profound an impact Popeye has had on the worldwide consumption of spinach, but there have been statues erected of him in growing communities. Canner Allens Vegetables even markets a Popeye brand.

The story goes that spinach was chosen by Segar based on a faulty study from the 1800s that misplaced a decimal point in estimating the iron content of the vegetable. The story has since been proven a myth, with newer claims pointing to the vitamin A content as the reason Segar chose spinach. Spinach is rather healthy, but many people choose to boil it—which tends to remove many of the nutrients.

1The World’s Most Hated Vegetable 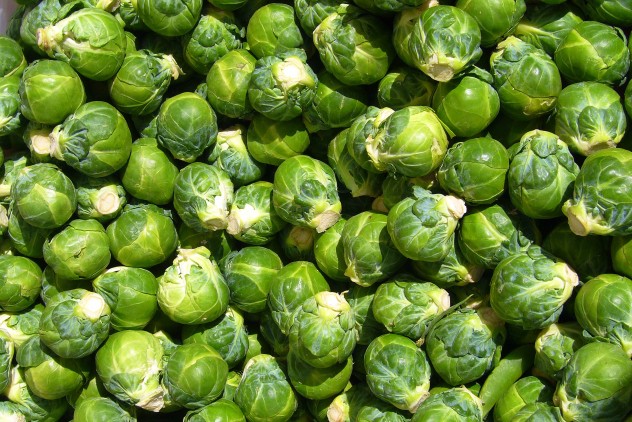 Unfortunately for our expanding waistlines, vegetables are often the most reviled of foods. President George H.W. Bush so hated broccoli that he made headlines when he banned it from the White House. Surveys in the UK have shown celery to be their least favorite green. But the world over, one vegetable continually tops the lists of “most hated”: brussels sprouts.

These tiny cabbages might be extremely healthy, with over a dozen vitamins and minerals, but their bitter flavor turns off most palates. In fairness to the sprouts, certain cooking methods can improve their taste. For best results, aficionados claim that smaller sprouts taste sweeter. Halving them, quickly boiling them, and then immersing them in cold water takes away some of the bitterness, and it helps to temper them with an acid like lemon or red vinegar.