There are plenty of foods that are either named after places or are assumed to come from certain places. The following is a list of certain food origins that we’re frequently wrong about. 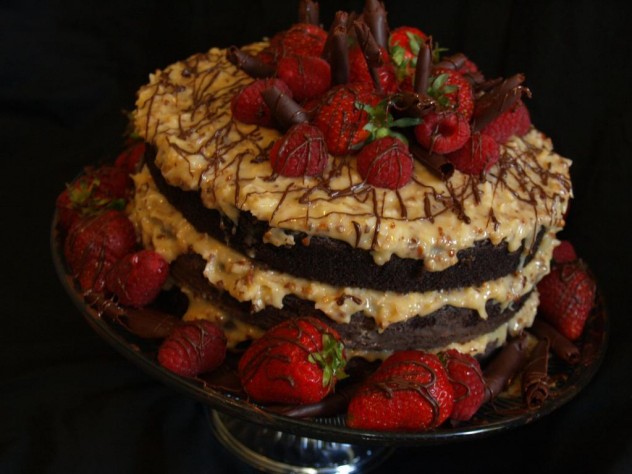 German chocolate cake is delicious, but its name is lying to you; it’s not German at all. It was named after a German, though: a man named Sam German. He didn’t invent the cake itself, but back in 1852, he created a chocolate bar. It was different from normal chocolate (at the time) because it was made for cooking, and it came to be called Baker’s German Sweet Chocolate.

The first time the recipe for this cake was published was way back in the late ’50s. It was advertised in a Dallas newspaper and became popular almost immediately. The demand for German’s baking chocolate skyrocketed, and his name became synonymous with the dessert. 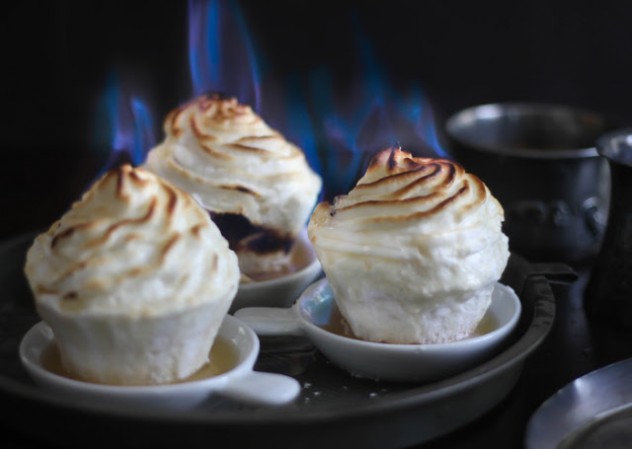 The Baked Alaska dessert was actually invented in New York City, most likely in 1868—the same year the US purchased Alaska from Russia. Charles Ranhofer, the chef who named it, called it Baked Alaska to cash in on the fame of the recently completed deal. It was considered a luxury at the time, since making ice cream in the 1860s was a laborious process and wasn’t yet mechanized. 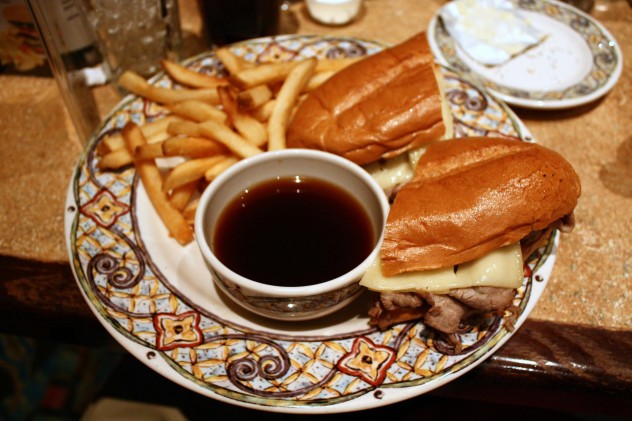 The French dip sandwich, perhaps unsurprisingly, isn’t from France. It was invented at Phillipe’s in Los Angeles, in 1918. The first sandwich of its kind came about by accident. The restaurant’s namesake, Phillipe Mathieu, was making a sandwich for a police officer when he accidentally dropped the roll into hot oil. The officer (supposedly named French) bought it anyway. He loved it so much that he returned the next day with his friends and they all ordered their rolls dipped in oil.

Another restaurant in the area, Cole’s Pacific Electric Buffet, also claim the invention of the French dip. In their version, they dipped the bread in jus (like au jus) to make it softer for a customer that was on her way back from a dentist’s appointment. 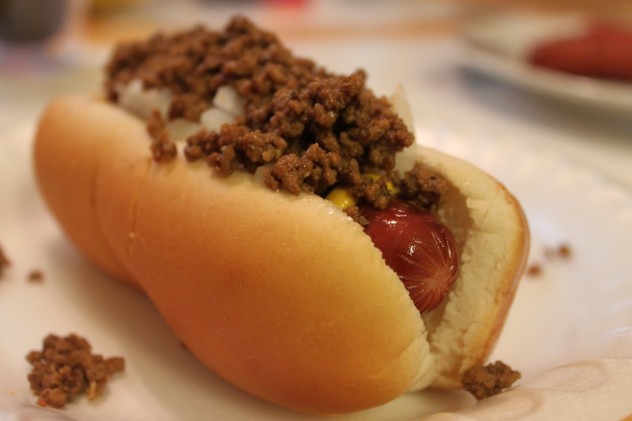 The Coney dog may be attributed to Coney Island, but its true origins lie a few states west: Michigan. Much like the French dip, the exact origin is unknown, as there are three different eateries that claim they invented the iconic dog. All three restaurants are located in Michigan. So there you have it. While we can’t be sure of the exact origin, we know it’s definitely not from New York. 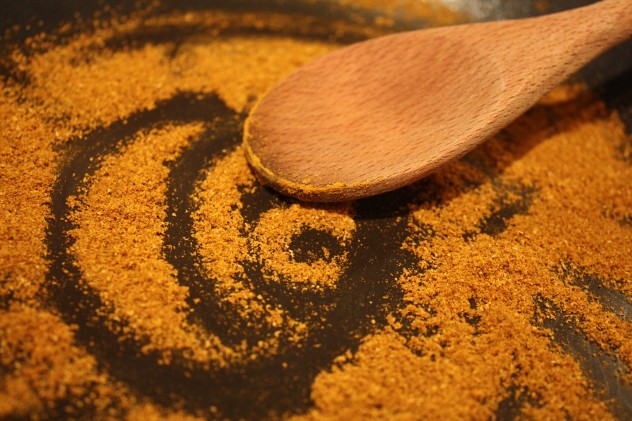 The curry powder we know today is nothing like the original spice it was supposed to mimic. It was heavily influenced by the British, and in India it isn’t even referred to as curry. They call it masala, and there are many different varieties. The curry powder we know best is what the British produced when they tried to replicate the flavors they encountered in traditional Indian cooking. True Indian curry powder is custom-made to accompany whatever food is being prepared. 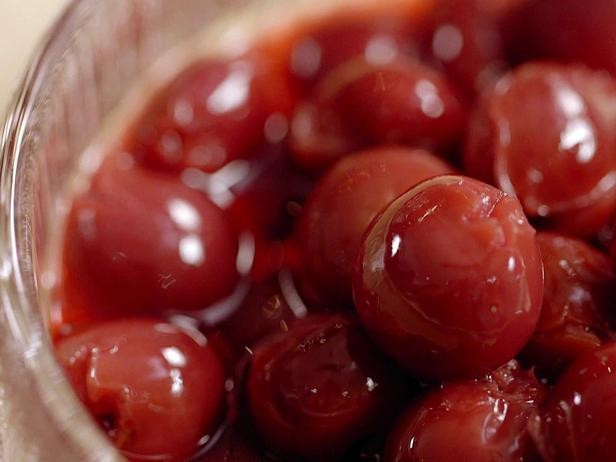 Maraschino cherries may have an Italian-sounding name, but they actually come from Croatia. Originally, Maraschino was the name of a liquor made from the Croatian Marasca cherries. Then fresh cherries were preserved in their own alcohol, and that’s what a Maraschino cherry is (or was). In the 1800s, they made their way to the US, where Americans replaced the Marasca cherries with Queen Anne cherries, which grew in Oregon. In 1912, the USDA formalized the term, and any non-Marasca cherry had to be labeled as an imitation product.

The Maraschino cherries you buy at the grocery store today are made using a different method, one that’s alcohol-free. First they’re brined in a liquid calcium solution. Then they’re placed in sweetened, artificially colored syrup. 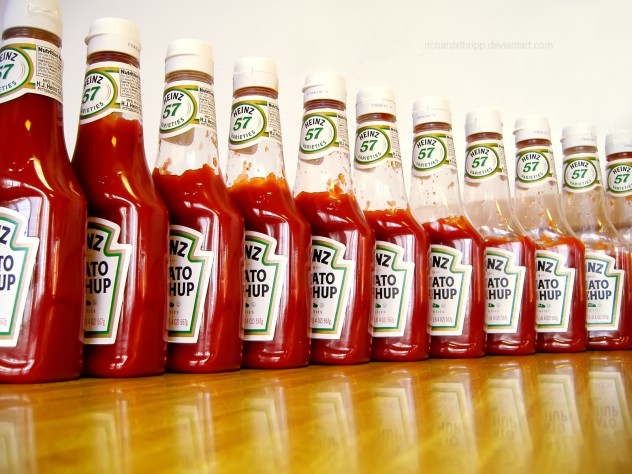 Ketchup may seem like an American invention since it’s a featured condiment for almost every American food from meatloaf to eggs. However, ketchup originated from a different type of sauce from China, which was made from fish. Five hundred years ago, Chinese sailors were sailing down the Mekong coast when they found a sauce made from fermented anchovies. The sauce was popular in Vietnam, and the Chinese sailors gave it the name “ke-tchup.” This name is in the ancient language Hokkien, and the last syllable, “tchup,” means “sauce.”

In the 17th century, British traders made their way to the region, and they ended up discovering ke-tchup. One hundred years later, they were hooked and ke-tchup became a prized possession. 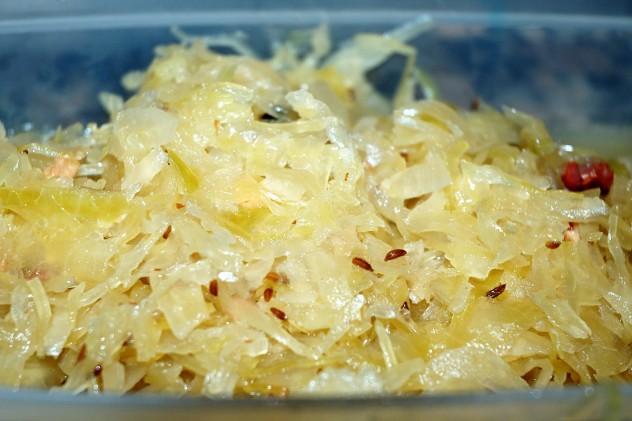 “Sauerkraut” means “sour cabbage” in German, so you’d think it was a German invention. While it goes well with most German food, the original was Chinese. It came about around 2,000 years ago and was enjoyed by laborers building the Great Wall. The only real difference is that the Chinese fermented their cabbage in rice wine. The Germans draw out the water with salt.

It was popular with Chinese workers because it was a good vitamin source, stored easily and did not spoil, and was a cheap and widely available food. 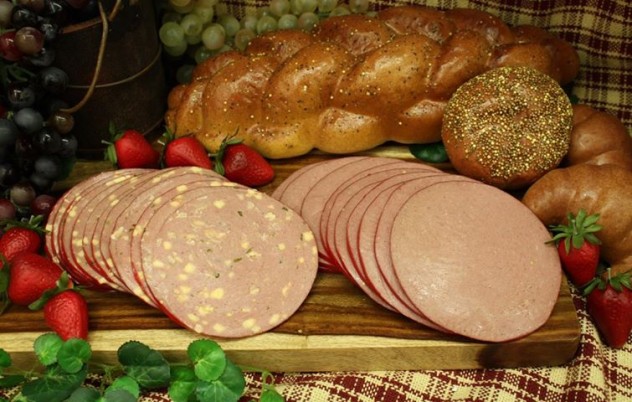 The bologna we eat today is nothing like the food it’s originally based on. Bologna is supposedly named after the city in Italy, but the meat it is most similar to is mortadella. Mortadella is actually from Italy but only slightly resembles bologna. It’s often eaten by itself or as part of an appetizer platter with cheese, bread, or sliced peppers and tomatoes. bologna is a sliced, processed meat and is most often used in sandwiches.

Mortadella is of much higher quality and uses only the finest pork meat. It is liberally sprinkled with cubes of pure pork fat and minced, mixing everything together. The original stuff from Bologna will be marked as such and will have added pistachios and black pepper. 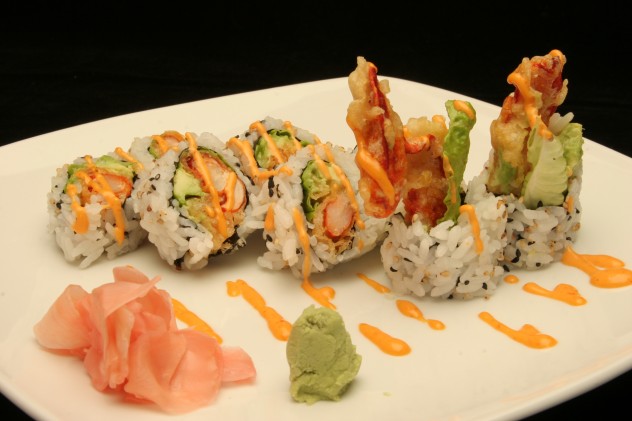 While we may attribute tempura cooking to the Japanese, it was actually a Portuguese innovation. Evidence lies in old Moorish cookbooks from the 13th century that feature tempura recipes. The word “tempura” is actually thought to have derived from the Portuguese word “temporas” which means “Lent.” This makes sense, as the Catholic population would eat fish on Fridays and eventually decided to fry it—possibly because everything tastes better when it’s fried.

Portuguese sailors (including traders and missionaries) spread it throughout the world, and it took hold in Japan in the 16th century. It spread to England as well, and is now part of their world-famous fish and chips.