Owls stand out among all living bird groups. These slightly anthropomorphic winged creatures have conquered the night, while nearly all other birds are confined to the daylight. But despite what you may think you know about owls, a lot of information escapes the grasp of common knowledge. And our wise friends have quite a few interesting stories to tell. 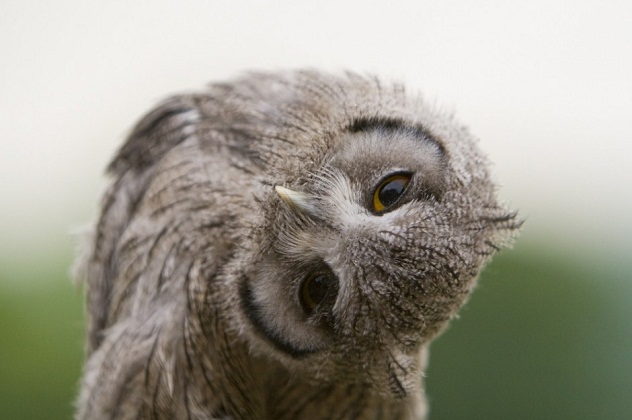 Owls vary greatly in size, appearance, and coloration, but they all share one thing—the ability to turn their head 270 degrees. In order to perform this task, their necks contain 14 vertebrae, rather than the usual seven found in “normal” birds. While the neck vertebrae provide the range of movement, many animals—such as humans—would suffer traumatic arterial injuries and blood flow interruptions from such extreme motion.

In their attempt to understand how such capabilities exist, scientists have discovered that owls have special blood-pooling systems that collect blood to power their brains and eyes when neck movement cuts off circulation. Other awesome owl adaptations include alternative blood vessel routing and air-cushioned vessel casings to prevent rupture and stroke during violent head motion. 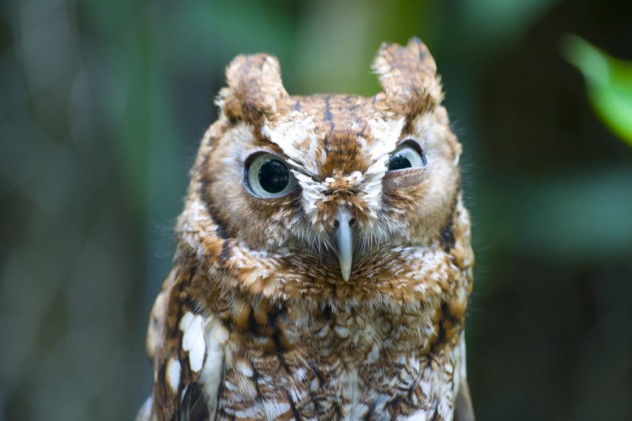 Cannibalism technically refers to an act of predation against a member of the same species. And it may come as a shock to the novice bird enthusiast that owls aren’t really averse to eating owls of a different species. Great horned owls are actually the chief predation threat to the smaller barred owl. In turn, barred owls will eat even smaller owls.

Expansion of barred owl distribution from southeastern swamps into the Pacific Northwest is considered to be a partial cause of declines in Western screech owl populations due owl-on-owl predation. Apart from other owls, there are few avian species that will actively hunt them for food. Fortunately, you can help: If you’re one of those people who plays recorded bird music to try to draw out birds, stop it. It may cause the owls to call in response, giving away their location. 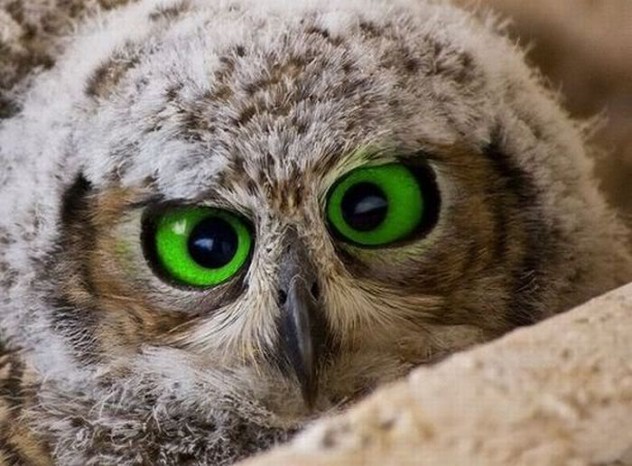 Owl vision is quite unconventional. Their eyes are extremely large and nearly touch inside the head. Owl eyes are also completely immobile and cannot be considered true “eyeballs,” since they’re actually tube-shaped. Binocular vision lets owls fully focus on their prey and boosts their depth perception. However, it also makes the owl more vulnerable to predators, which include other owls and mobs of irate songbirds. Owls can rotate their heads 270 degrees, which compensates for their forward-facing vision and immobile eyes. 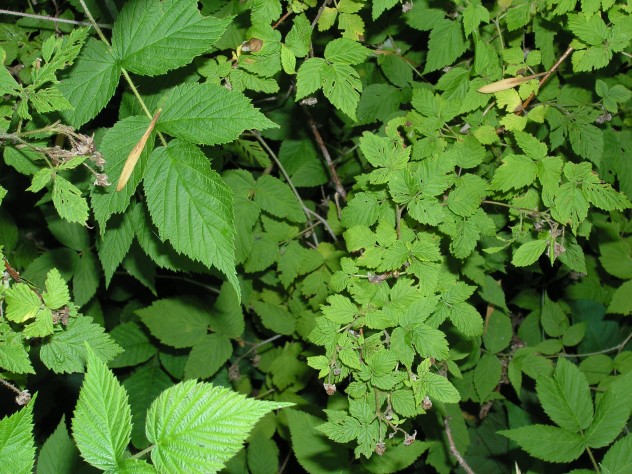 Owls are among the purest of carnivores in the bird world. Occupying a fraction of the world’s species total, these night hunters won’t stoop to scavenging in most cases. However, one species is rather unique in its conquest of the night. In a freak occurrence among birds, the elf owl not only feeds on small animal prey, but adds fruits and seed parts to its diet. These owls engage in a sort of “cultivation” where they spread dung around their nest sites in a bid to attract dung beetles. These enterprising “birds of prey” seem to favor prickly pear berries and the fruits of the tasajillo cactus for the not-so-predatory portion of their diet.

6 Many Owls Don’t Hoot Or Screech 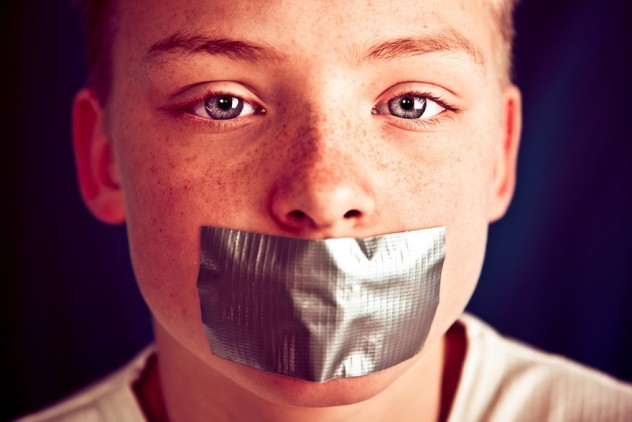 Owls are stereotyped for their hooting calls, but a number of species don’t hoot at all. Snowy owls of the far north produce seabird-like squeaking calls that are a far cry from a typical owl call. Small owls, such as pygmy owls make dull whistling sounds. The most flagrant example is the screech owl. It doesn’t screech at all, but gives a “bouncing” series of rapid, whistling toots. The unearthly screeching calls of juvenile great horned owls often lead to false reports of a screech owl being heard.

5 They Eat Larger Prey Than You Think 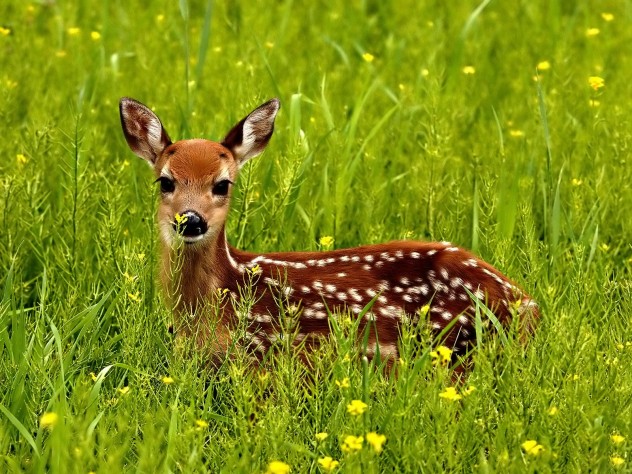 Eagle owls are among the largest winged hunters on the planet and combine their size with incredible ferocity. They will eat almost anything and stop at nothing. Veraux’s eagle owls will carry off adult vervet monkeys, and young warthogs aren’t much of a challenge either. They will also target fish-eating owls of nearly equal size. Eurasian eagle owls are just as fierce as their African cousins and have killed normally invulnerable golden eagles.

According to one report, a young wolf was attacked, while small deer and even foxes are taken with regularity. In one spectacular attack, a Veraux’s eagle owl killed a massive, cobra-eating secretary bird. Herons have been eaten, but strangest of all is the owl’s fondness for hedgehog meat, which seems to dominate its diet wherever available. While most species recoil from the mass of quills, this owl uses its massive, scaly talons to simply peel the hedgehog’s quills off.

4 They Live In Cacti 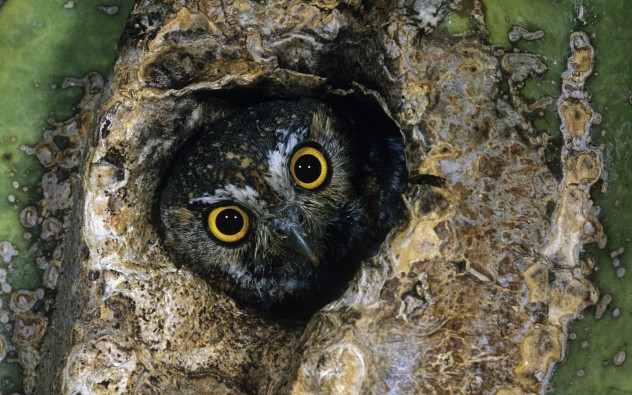 In North America’s Sonoran Desert, saguaro cacti can grow over 10 meters (about 30 ft) in height and form entire forests. The excavations of specially adapted woodpeckers known as gila flickers are used as nesting sites by elf owls, which peer out from the cactus with bright, yellow eyes.

The cactus forests are also inhabited by another small owl, the ferruginous pygmy owl. This far more aggressive, bird-eating owl is slightly larger and will also nest in saguaro and organ pipe cacti. Continuing the theme, huge great horned owls often nest in the crotch of such a cactus. 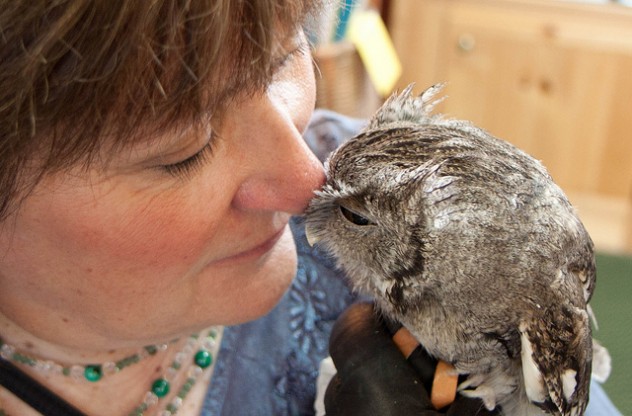 While the stereotype of the “wise owl” is well established, owls can be regarded as demonic symbols or harbingers of doom. Connections to witchcraft are often made as well. Owls have also risen to prominence as icons in popular culture, such as the famous Hedwig, the snowy owl featured in the Harry Potter series.

Apart from cultural significance, owls have been used by humans in the sport of falconry. Falconer’s owls may be trained to the glove and sent off in pursuit of a wide range of quarry, such as rabbits. Generally, owls are catlike birds—nocturnal and hard to train. While some of the larger owls distinguished themselves as hunting companions in Europe, their employment as falconry decoys is more common. Hated and harassed by hawks, an owl would be tethered to a perch to lure in its enemy for capture. 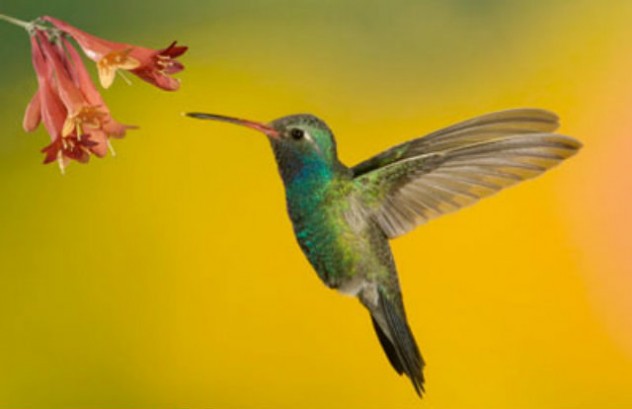 Owls are often referred to as “birds of prey,” but these nocturnal hunting birds share no relation to hawks, eagles, or falcons, which are known as diurnal birds of prey. Taxonomy is a controversial and changing science, but both the Sibly-Alquist model of bird classification and alternative methods identify owls as ranking closer to kingfishers, hummingbirds, and even songbirds (like sparrows) than to hawks. Hawks and other diurnal birds of prey are relegated to the more primitive reaches of avian origins, near the cranes, herons, and other prehistoric-looking birds.

Despite appearing hawklike, owls are kissing cousins of the humble nightjars, also known as “goatsuckers.” Similarities between hawks and diurnal birds of prey are apparent, especially when an owl’s feathers are parted, revealing a large, hawklike bill, but convergent evolution is the agent of cause—not relation. Nocturnal and diurnal predatory bird orders fill similar ecological niches but avoid competition by hunting within their opposite “hours of operation.” 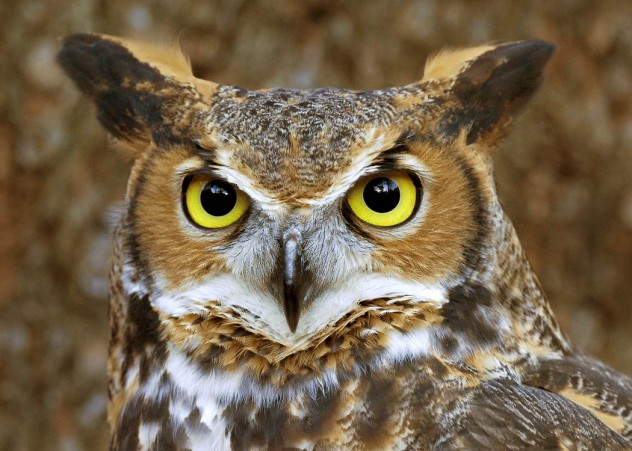 A large part of what makes owls such effective hunters is their ability to hear exceptionally well, while remaining silent themselves. However, this requires some interesting adaptations. Special hooks on the front of the owl’s wing feathers act as airflow silencers, while “fraying” on the trailing edges offer silent flight that allows the owl to swoop behind prey undetected.

To produce truly cutting-edge powers of auditory detection, owls fly in the face of conventions of animal symmetry. Several owl genera have asymmetrical ears, located at different heights on the owl’s head. This allows the owl to pinpoint the location of sounds in multiple dimensions, helping to quickly guide the bird into striking range.

Ron Harlan investigates of the mysteries of nature and the bizarre findings that often crop up on this planet. He is a freelance writer, naturalist and graduate student in sciences.