Many early mythologies had a number of things in common, including the belief that the soul needed someone to guide it to the afterlife. Some were benign, even helpful, while others could be a source of intense torture and pain. Even in today’s religions, there are gods or demons who take on the role, showing that ancient people were not that different from us. 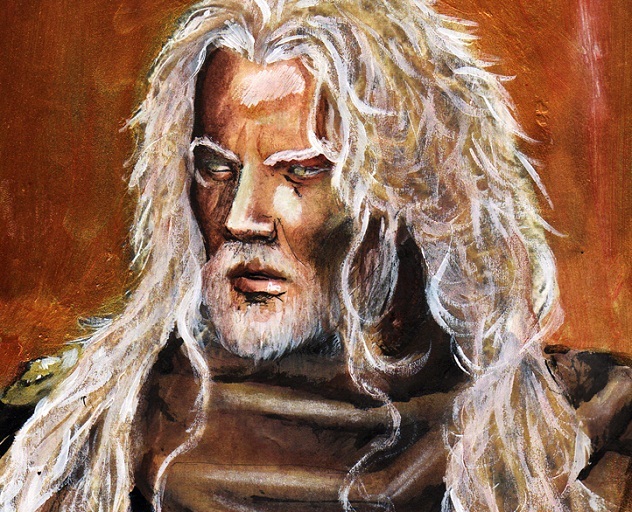 Ogmios was the Celtic god of eloquence, as well as a psychopomp. Described as an older version of the Greek hero Heracles, or sometimes the Greek god Hermes, Ogmios used his powers of oration to convince men to follow him to the underworld. Ogmios also had the ability to create defixiones—curse tablets—which he used to bind people to him. When he had convinced a soul to follow him, Ogmios attached chains to his victim’s tongue and pulled them through his ears, like a supernatural version of the classic “two cups and a piece of string” telephone. The Roman writer Lucian said those enthralled by Ogmios were grateful to be attached to him by a chain and would be depressed if released. 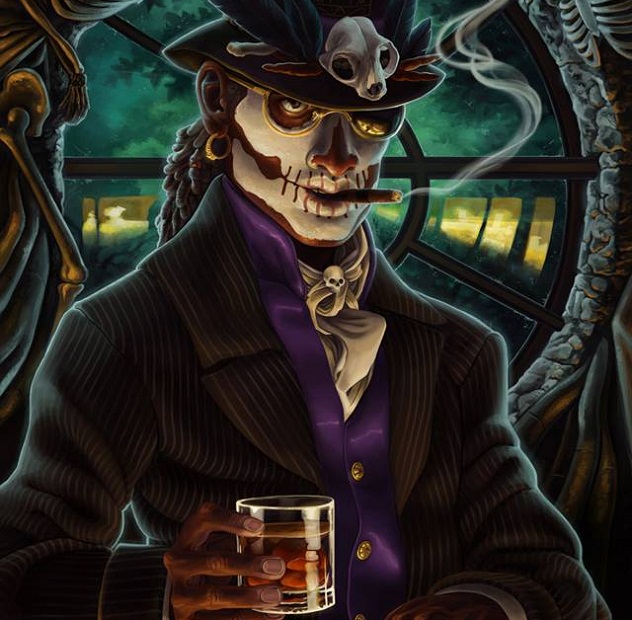 Papa Ghede is the god of death in the Voodoo religion. Believed to be the corpse of the first man who ever died, Papa Ghede waits at the crossroads of life and death, guiding the souls of the recently deceased to Guinee, the spirit world. Since it originated among African slaves, the afterlife is usually represented by Africa itself. Papa Ghede knows everything that goes on in every minute of existence, even among the dead. He is usually depicted as a man with a hat and a cigar, and he is known for having a strong, sometimes crass sense of humor. During ceremonies for other deities in the Voodoo religion, Papa Ghede is said to show up just to get drunk and crash the party. In case you meet him, rum is his alcohol of choice. 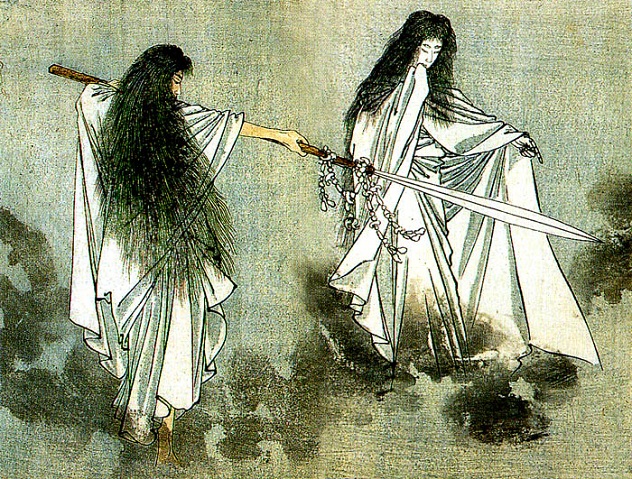 Izanami-no-Mikoto is the goddess of creation and death in the Shinto religion. Izanami-no-Mikoto is not a psychopomp in the traditional sense. She is a shinigami: To the followers of Shinto, this is a god or goddess who can cause the deaths of mortals, directly or indirectly. In fact, Izanami-no-Mikoto translates into English as “she who invites.” In addition to her role as a pseudo-psychopomp, she also is known as the creator of the first land, with Izanagi-no-Mikoto, her one-time husband. She died giving birth to her son Kagu-Tsuchi, the personification of fire. Izanagi-no-Mikoto later killed his son, incensed that he was the cause of his wife’s death. 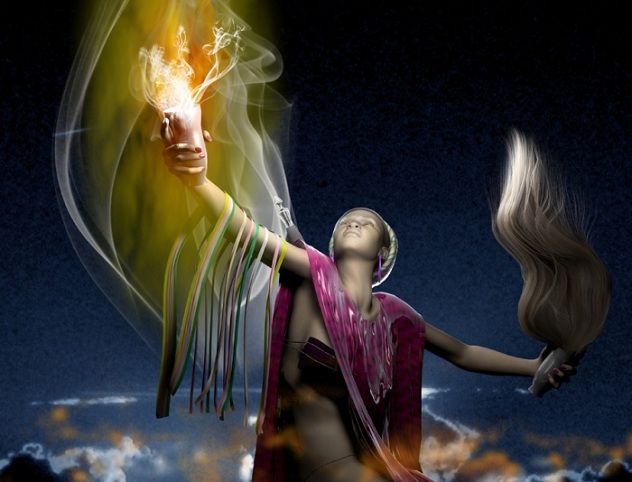 Oya was the goddess of fire, destruction, and the underworld in Yoruba mythology. Oya was also known as the goddess of the Niger River and was a powerful warrior. She was the guardian of the gates of death, where she waited for the souls of the dead so she could help them on their journey to the next realm. Yet she was not the personification of death—in Yoruba mythology, Oya was more a representative of life, closely related to their belief in reincarnation. If you want to get on her good side, bring her eggplant or red wine—it’s her preferred form of offering. 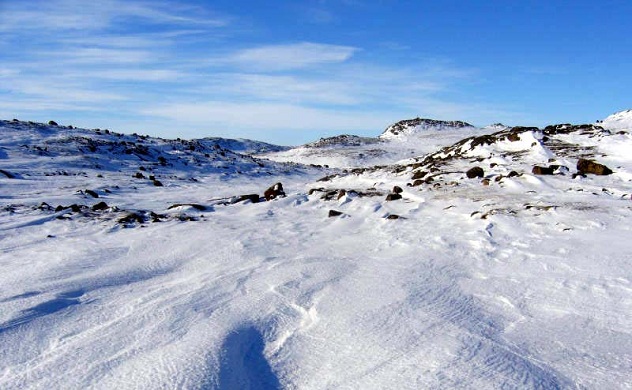 Anguta was the supreme god of the Inuit people and his job was different from that of most psychopomps, as his first step was to drag the souls of the dead down to Adlivun, a sort of Inuit purgatory. Next, Anguta hit them for a length of time determined by the number of sins the person had committed while alive. After a sufficient amount of punishment—normally about a year’s worth—the souls would be allowed to travel to Quidlivun, or the Land of the Moon, the Inuit version of heaven. Anguta’s name means “man with something to cut,” and he was so called because he chopped his daughter up, turning her into a goddess in the process. 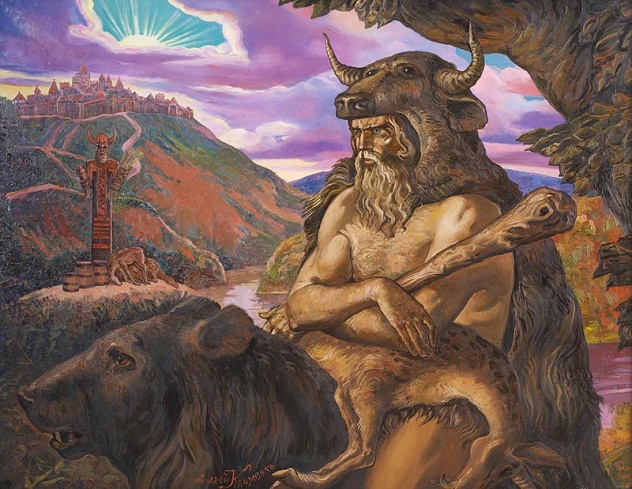 Veles was the Slavic god of Earth, cattle, and the underworld. His name comes from the Lithuanian word vele, meaning “shadow of death.” In Slavic mythology, the world was viewed as a huge tree, with Veles at the bottom, depicted as a snake coiling around its roots. Veles was constantly at odds with Perun (the supreme god of Slavic mythology and the god of thunder and lightning) because he had stolen Perun’s cattle. He was usually depicted with horns and, like many of the ancient underworld gods, was transformed into a version of Satan by early Christian missionaries. 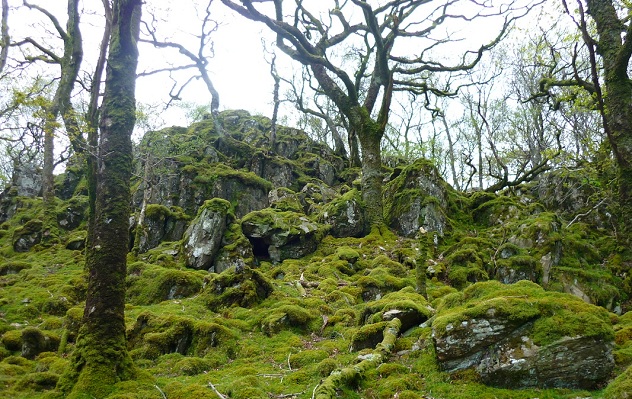 In Welsh mythology, Gwyn Ap Nudd was not only the king of the fairies, but also the ruler of the underworld, known to the Welsh as Annwn. It differed greatly from most depictions, as mortals were free to come and go as they pleased, even while living. Gwyn ap Nudd was also described from time to time as the leader of the Wild Hunt, riding through the sky with supernatural hounds known as the Cwn Annwn to harvest human souls. His role as a psychopomp was especially related to Celtic warriors who fell in battle. Gwyn ap Nudd was also said to have a “blackened face,” which probably wouldn’t go over as well today. 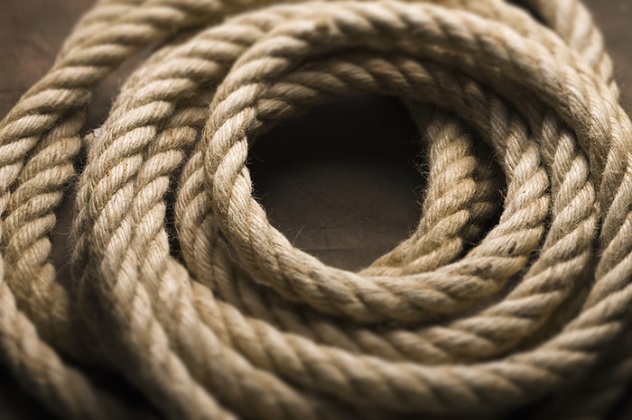 Ixtab was the Mayan goddess of suicide and was sometimes known as the Rope Woman, because she was often depicted with her eyes closed and a rope around her neck. For the Mayan people, suicide, especially by hanging, was considered an honorable way to die, contrary to most cultures around the world. Not only was she the protector of suicide victims, Ixtab also watched over warriors who perished in battle and women who died in childbirth, taking their souls to paradise where they would be rewarded for eternity and spared from the ills of the world. She was said to have a black circle on her cheek, which represented the discoloration of the flesh due to decay. 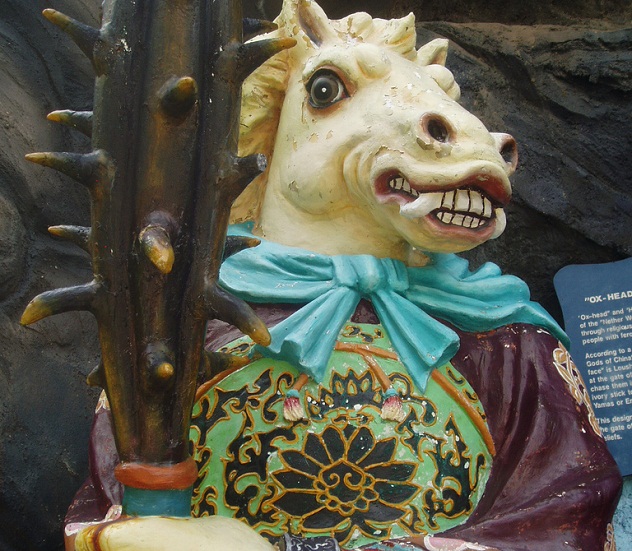 Ox-Head and Horse-Face were a pair of guardians of the underworld from Chinese mythology. As their names suggest, they were humans with the heads of an ox and a horse respectively. It was their job to escort the souls of the recently deceased to Diyu, the Chinese underworld. They could be tricked, though, as was the case with Sun Wukong, a monkey deity, who made himself immortal by wiping his name from the book of the dead after deceiving Ox-Head and Horse-Face. Unlike most psychopomps, it was also their duty to punish the dead according to their sins before they could be reincarnated. No word on what happens if you make fun of their heads. 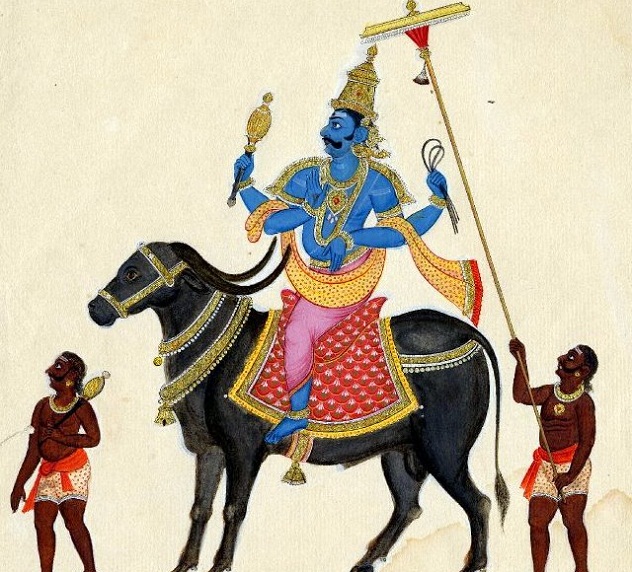 Yama is the Hindu god of death, as well as its psychopomp, and is sometimes known as Yamarja. Yama’s place of residence is Naraka, a purgatory where the dead are said to suffer punishment for their sins before reincarnating. Since Naraka is said to have seven different levels, it is Yama’s job to direct the souls of the deceased to the correct level. He is also in charge of guiding them to a Swarga, or heaven, of which there are also seven. He was once killed by Shiva for disrespecting the deity, and subsequently resurrected, so Shiva is the only god whom Yama respects and worships. Yama is said to carry a noose in his left hand, which he uses to lasso the soul, pulling it from its corpse. Sounds like a drag.