We tend not to give much thought to the seemingly incoherent wails of our animal friends, but many of them communicate in a far more advanced form than you might expect. While we’re not quite talking about muskrats speaking English, or toads performing the works of Shakespeare in Latin, some of these forms of animal communication might surprise you.

10 Cats Only Meow At Humans 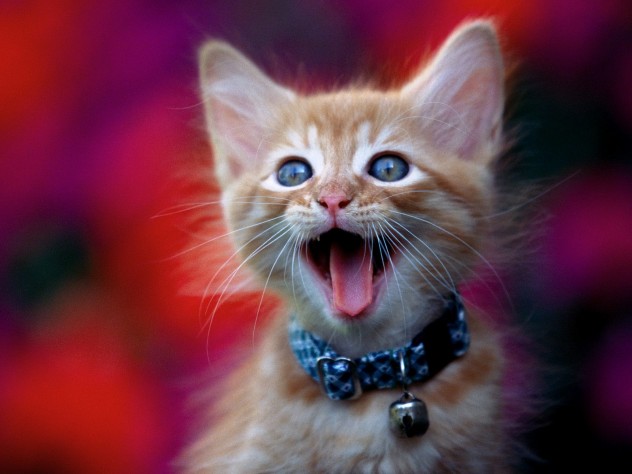 Cats don’t actually meow at each other. While they use other means to communicate with fellow animals, such as body language and hissing, meowing is the sole honor of their human masters. Cats meow to say hello, get attention or food (this is why kittens will mew at their mothers, the only exception to the people-only rule), or let you know that they want something, such to be let outside. It’s just one more tactic cats have discovered to control the world.

9 Prairie Dogs Are Quite Complex 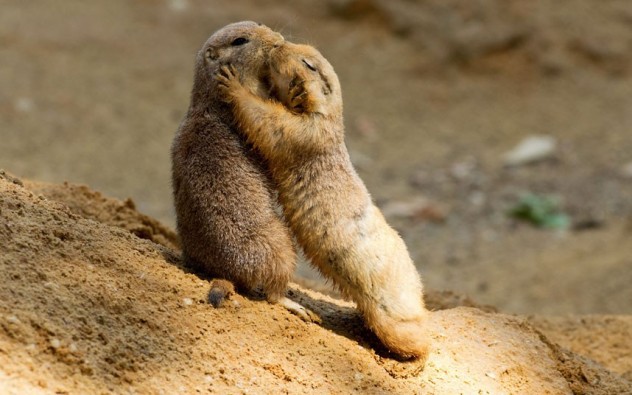 Quick, what’s the intellectual king of the animal world? Dolphins? Primates? It might actually be prairie dogs. Yes, those goofy-looking rodents you always see popping out of the ground in deserts. And they might be calling you fat. Researchers have recently decoded their calls and found that it may be the most complex nonhuman language we’ve observed. Prairie dogs are able to describe predators in amazing detail, including species, size, and shape. They were even able to communicate what color clothing humans were wearing and, in at least one instance, whether they had a gun. Incredibly, they can relay all of that information in a single chirp that lasts only a fraction of a second. 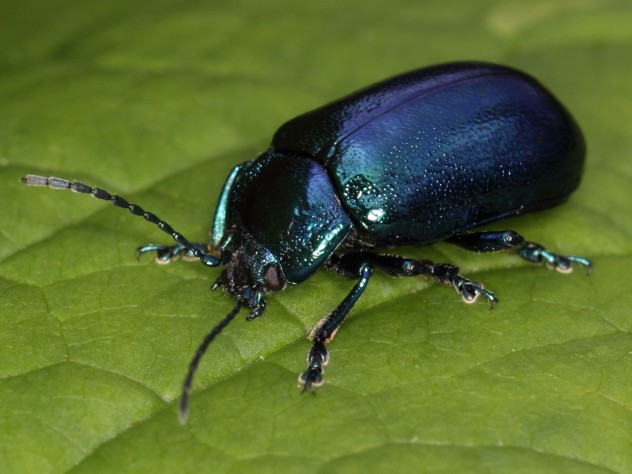 It can be hard to coordinate when you’re a wood insect, roaming around one of the myriad tunnels you’ve dug in the dense wood of a tree. To get around this, a species unsettlingly called the death-watch beetle uses a system not unlike Morse code. It raps its head along the top of the tunnel, producing echoes that travel along its length to deliver messages to the rest of its group. It’s this same communication method that gives them their name: Because they often infested the wood of houses in their native habitat, England, this rapping was audible to residents at night, and it reminded enough people of the ticking of an ominous clock that the name has stuck. 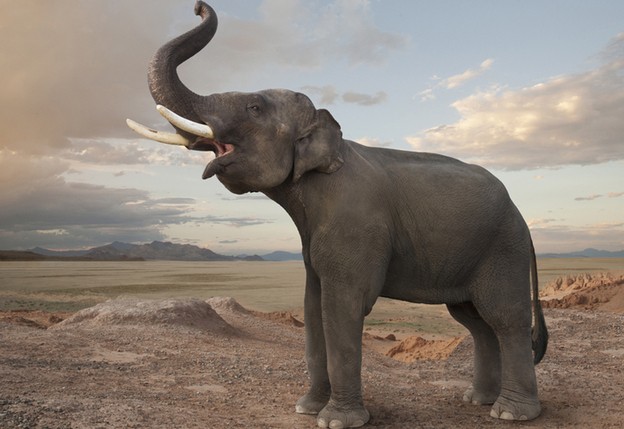 It’s obvious to us that every human has a unique voice, but we generally regard the screechiness of animals to be pretty much identical. However, biologist Andrea Turkalo has discovered that elephants have different voices too. After studying a herd of forest elephants in the Congo for 19 years, Turkalo can immediately identify an individual elephant by the sound of its call. Turkalo is working to interpret their sounds and compile an elephant dictionary, which will probably contain a lot of vowels.

6 Hens Talk To Their Eggs, And They Talk Back 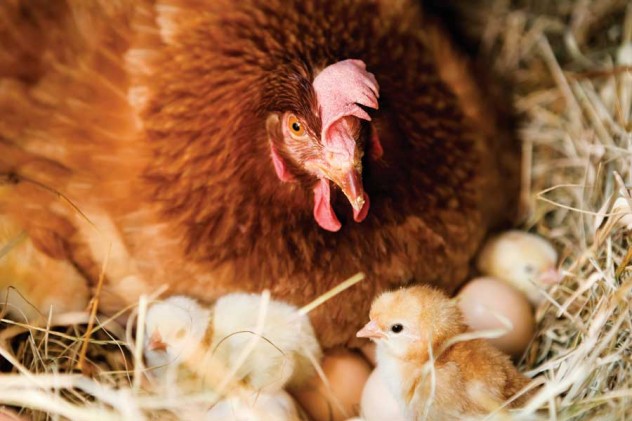 There’s nothing strange about a mother cooing at her unborn baby, but many women would probably be alarmed to hear their fetuses respond. Not a mother hen though—for them, it’s standard procedure. About 24 hours before hatching, baby chickens can be heard peeping in the egg. The mother hen will cluck back to her anxious chick in a sweet (but kind of creepy) gesture of reassurance. 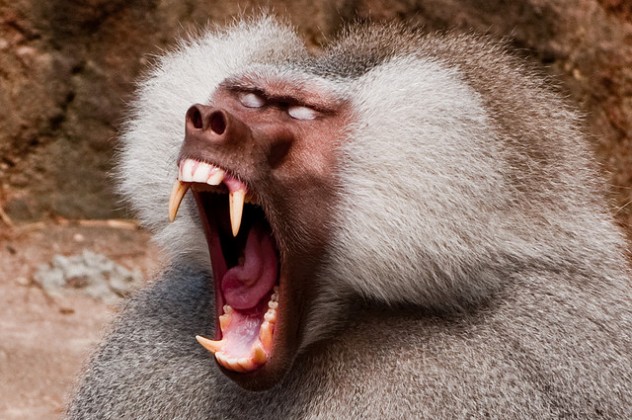 It’s always annoying to the more pedantic grumps among us when some nonsense word takes hold in the vernacular. As it turns out, baboons feel your pain. A group of six baboons were given thousands of tests over a period of about six weeks that involved using touch-screen computers that showed them a series of words, some real and some made up, and required the baboons to identify which words had meaning and which were nonsense. To make it harder, instead of using jumbled, random letters, the fake words were arranged in combinations that looked like they could be words, such as “dran” and “telk.” They passed with incredible accuracy, correctly identifying the made-up words 75 percent of the time. So don’t worry if you don’t understand what the kids these days are saying: Even a monkey knows it’s stupid. 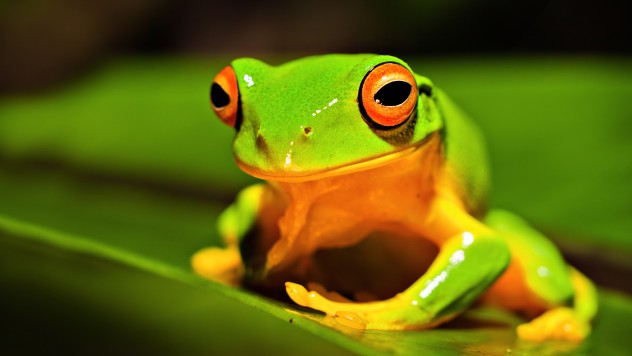 Did you think dogs were the only animals that could hear high-frequency tones outside the range of human perception? Think again. A species of frog from Southeast Asia, Huia cavitympanum, can communicate using ultrasonic frequencies that are inaudible to people. This species can hear and emit sounds of up to 38 kilohertz, which is 18 kilohertz higher than humans can detect. Scientists believe that these frogs have adapted to using these higher frequencies to communicate because they live in an areas with rushing water, where lower frequencies can be difficult to hear. Or maybe they don’t want you to hear them talking about you. Talking in your sleep is often embarrassing, but an observation of the slumber sounds of a group of dolphins showed they may have been “speaking” a different language. The dolphins, performers at a French aquatic park, had been exposed to recordings of whale songs during their shows. While they’ve never been seen mimicking the songs during their waking hours, the sounds they started making in their sleep bore an eerie similarity. There have been documented cases of parrots having the ability to not just mindlessly repeat sounds they hear, but actually learn words and hold conversations. An African grey parrot named Alex became famous for his ability to identify colors and articulate abstract concepts such as size and difference. He could even joke with his trainer, snapping “Don’t you tell me to calm down.” Other parrots with amazing vocabularies include Prudle, who held the Guiness World Record and knew 800 words at the time of her death, and N’kisi, who has a vocabulary of 950 words and shares Alex’s affinity for joking. No, they’re not flapping their fins in gesticulation of the ASL alphabet, as entertaining as that would be. Rather, a species of fish called coral groupers shake it like a Polaroid picture to coordinate with other members of their death squads in the hunt for food. They stake out traps for prey, and when it enters, they point their noses toward it and do a little dance to signal its presence. The fish use the same signal as a call to action, to say “Hey guys, let’s go hunting this weekend!” They join a company of elite species known to have harnessed the power of booty-popping, which so far includes at least humans and honeybees.

Manna writes and wrongs from Portland, Oregon. Check out her writing on Cracked.com or follow her on Twitter.