People develop expectations about animals and where they live; perhaps preschool learning is to blame. But what if your preconceived ideas about where you can find wild animals are wrong?

We tend to think that you find elephants in Africa and Asia, koalas in Australia, and so on. Outside of zoos and private collections, any animals that are found outside of their place of origin tend to be pests and either annoying or kind of boring. Think of rabbits, feral cats, and stray dogs that have gone semi-wild—nothing really to write home about in terms of interesting or exotic sightings.

There are, however, breeding populations of animals in many places that you would simply not expect to see such critters. And yet they thrive, grow, survive, and raise their little critter families in these foreign environments. Here are ten out-of-place animals who have made a foreign land their home and seem to be established, regardless of how much the locals want them there.

10 The Wild Genets Of Europe 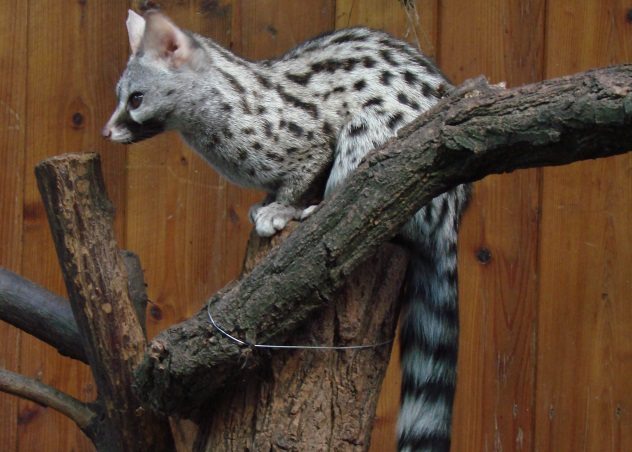 The genet is a very pretty little critter that has quite a wide distribution in many countries of Africa. On the African continent, genets are are quite common due to their versatility and can live in a wide variety of environments. There are multiple types of genet, but only two species are found in Europe.[1]

The genet was bought to Southern Europe in the 12th century by the Saracens, who used them for rodent control before domesticated cats were given the job. The genets were semidomesticated. Now, genets live in the wild in France, Italy, and Spain. They are not considered a pest species and are still helpful in keeping rodent populations down.

They are not as rare as they seem. Genets are nocturnal and hard to find, so they may have spread further than the areas they are officially found in. Just because you haven’t seen your local genet doesn’t mean it isn’t there.

9 The Wild Wallabies Of Scotland 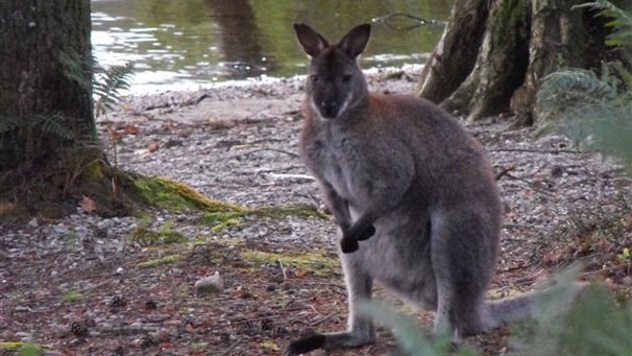 Do you like wallabies, but you don’t want to go all the way to Australia? Well, you’re in luck because there is an island in Scotland that has an established mob of wallabies which have acclimated nicely to the brisk Scottish weather. The cute little fellas live in wallaby harmony on the island of Inchconnachan, which is situated in Loch Lomond.

The wallabies didn’t swim all the way there from Australia, which would have been cute but impossible—they were put there by Lady Arran Colquhoun in the 1940s. She had a summer home on the island and simply liked the wallabies hopping about her as she richly summered.

There has been a bit of controversy surrounding the wallabies and whether their presence is harmful to the endemic wood grouse population. Generally, however, people are happy about the wallabies, and many visit them on their island home by boat.[2]

8 The Wild Chamois And Tahr Of New Zealand 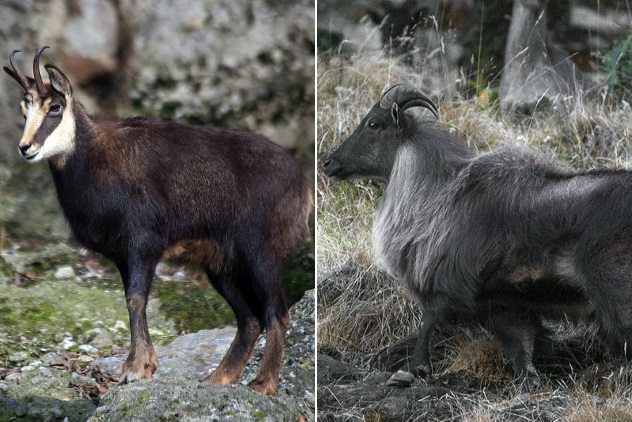 A chamois (left above), when it’s not a cleaning cloth for your car, is a European goat-antelope that hops around on mountains. They’re on the small side, ranging from 25 to 60 kilograms (55–132 lb), with the males being generally larger than the females. In their native mountains of Europe, ranging all the way down to Turkey, the chamois is a plentiful animal that doesn’t really cause too much trouble. They just do their mountain thing.

A tahr (also spelled thar) is a large Asian mountain goat. The Himalayan tahr (right above) is, surprise, from the Himalayas and is the most secure of the three species of tahr in respect to population. They range between 36 and 73 kilograms (79–161 lb), the males also being larger than the females. They are big, fluffy-looking goaties with small heads.

The chamois and the tahr were introduced to New Zealand’s South Island in the early 1900s on purpose to give white people something to hunt. There are no huntable mammals native to New Zealand, so these two species were introduced to the mountainous regions of the island, and they became well-established. You can hunt them. In fact, it is encouraged to hunt them to try to keep the population down.[3]

7 The Wild Mongooses Of The Caribbean 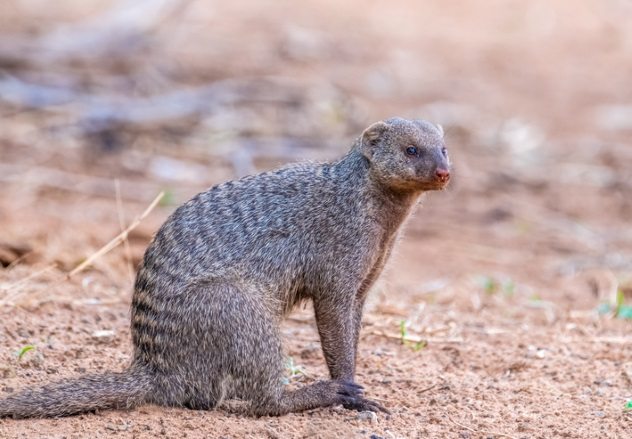 While “wild Caribbean mongoose” sounds a lot like something that Jack Sparrow might have a swig of every now and then, it is actually a little creature. The mongoose is a small, carnivorous toothling that features in Rudyard Kipling’s “Rikki-Tikki-Tavi,” a short story from The Jungle Book about a little mongoose who is a first line of defense for a colonial British family against cobras, and indeed, the fierce mongoose will fight and defeat a cobra or any other snake.

“Mongoose” is the common name for 29 different species from the family Herpestidae, which are tough little hunters found naturally in Eurasia and Africa. They have a very widespread homeland and are hardy creatures who protect themselves from predators very well. If you put them somewhere, they will probably survive.

In the mid-1800s, colonialists started introducing the mongoose to many of the Caribbean islands in an attempt to control rat populations on their sugarcane plantations. This seemed to work, but unfortunately, the mongooses (not mongeese) also helped themselves to bird and sea turtle eggs and are now considered to be more of an ecological problem than a solution.[4]

6 The Wild Chitals Of The US 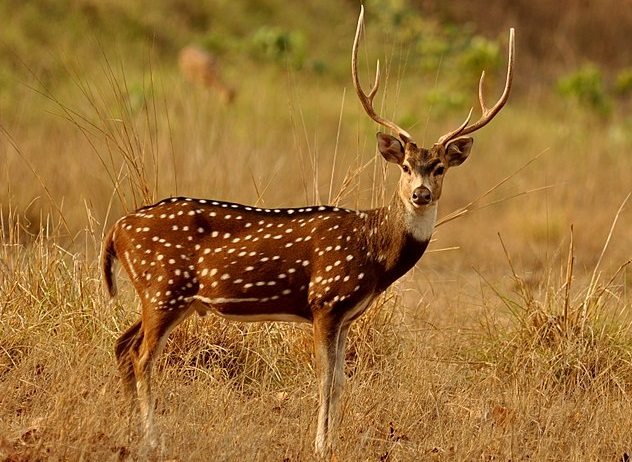 The chital (also called the axis deer or the spotted deer) is a beautiful, spotted deer that is native to the Indian subcontinent. They can reach over 100 kilograms (220 lb) in weight, and the males have large antlers, which makes them attractive to trophy hunters.

Chitals were introduced to Texas in 1932 for hunting purposes. They were originally contained and managed, but eventually, they escaped and started breeding in the wild. There are now more than 6,000 wild chitals competing with the native white-tailed deer.

5 The Wild Coatis Of England 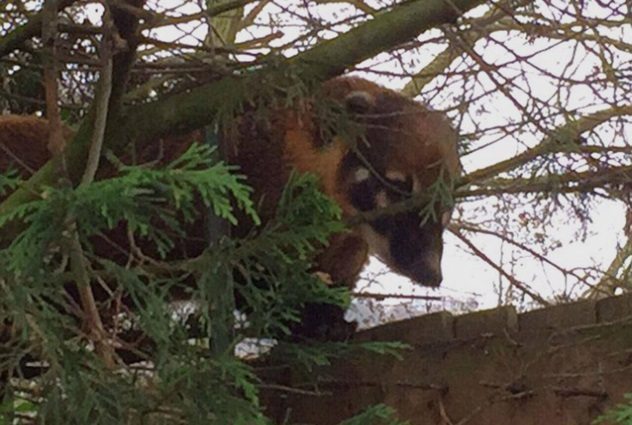 Many people do not know what a coati is, but they are a member of the raccoon family native to the Americas. They have a distinct, snout-like nose. They are tree-dwelling, intelligent omnivores who are also good at digging up food.

There have been reports of a breeding colony of coatis in Cumbria in England. There aren’t many, and a small number of very intelligent tree-climbing coatis isn’t going to have much of an effect on the environment. However, if the population grows, then there might be a problem with the foreign critters outcompeting native wildlife for resources and habitat. It is believed that the coatis in Cumbria are the descendants of exotic pets that escaped.[6]

4 The Wild Zebras Of The US 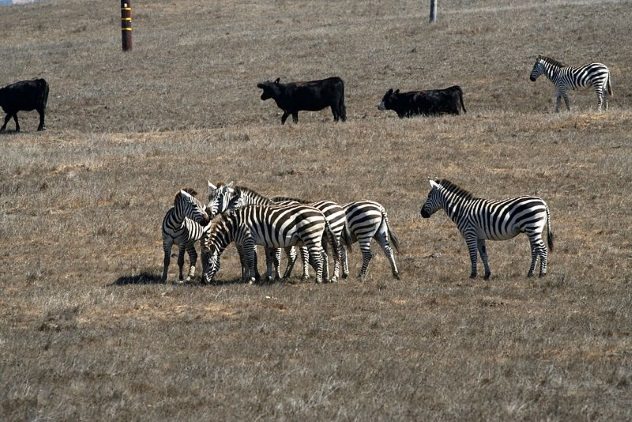 As the famous representative of the letter “z” in children’s alphabets, the zebra requires no introduction. Stubborn and hard to train, rare is the zebra that can be domesticated, and the wild zebras of California are no exception.

Of course, they weren’t always wild. They used to be the property of famous eccentric millionaire publisher William Randolph Hearst, and they lived on the grounds of Hearst Castle. Upon Heart’s death, most of his exotic pets were divided among zoos, and some were set free. The current herd of zebras are the descendants of those that were freed in the 1950s. 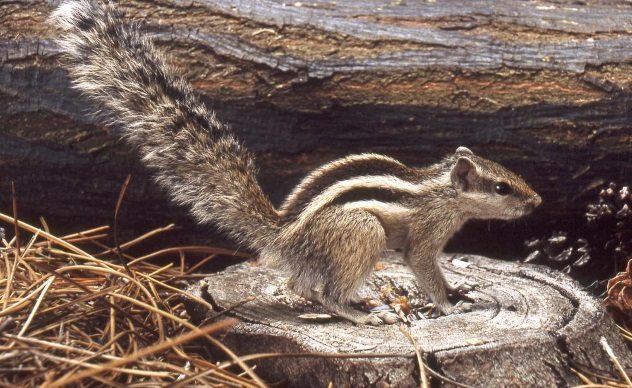 White colonials have really done a number on the Australian environment.

In the 1940s, the Western Australian Acclimatization Committee decided to introduce a whole lot of familiar animals to Western Australia so that they could have happy feelings. One of these was the northern palm squirrel. The squirrels escaped their zoo enclosures and never looked back.

Despite the fact that they suffer from a severe lack of food in an area outside of their native environment, the squirrels are surviving and thriving in the Perth suburbs. Biosecurity officers try to keep the squirrels within a 30-square-kilometer (12 mi2) area and let them live their rather dangerous lives (everything from birds to rats prey on the poor squirrels), but they are being found scarily far away from that area.

Over the last couple of years, a trapping effort has proven successful and has drastically reduced the numbers of squirrels in Perth.[8]

2 The Wild Reindeer Of Scotland 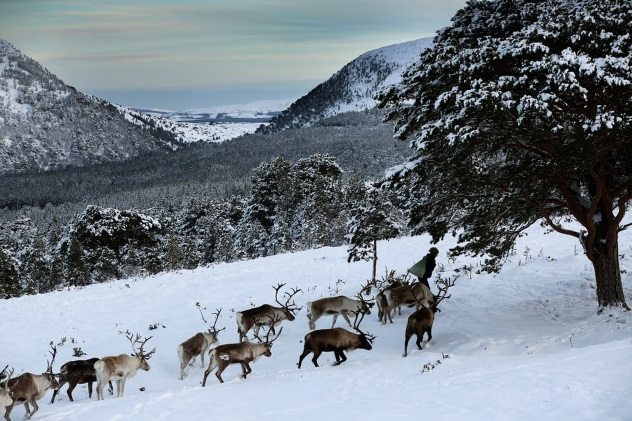 Reindeer aren’t just the property of Santa and denizens of the North Pole; a herd of them also live in the Cairngorm mountains of Scotland.

The reindeer that live in the land of the kilt aren’t really wild, although they do roam freely. They are tame and friendly, and the males can pull carts. You can even go on a tour to meet and feed these beautiful creatures.

Reindeer can become sick in captivity, so that is why they are much better off roaming free in the mountains. They have been living there since 1952 and have 10,000 acres to call their own. There is a secondary herd in the Cromdale hills, ensuring the genetic diversity of the Scottish reindeer.[9]

1 The Wild Raccoon Dogs Of Europe 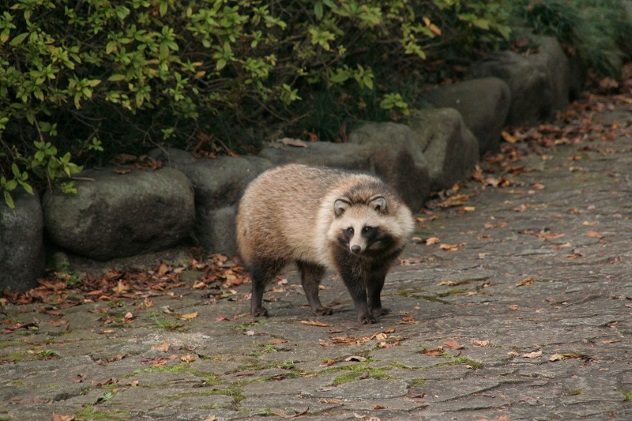 The raccoon dog (also referred to as the mangut or the tanuki) is an interesting canine. They don’t really have anything to do with raccoons—they just happen to resemble them. They are a common critter from East Asia and are related more closely to dogs and foxes than raccoons.

Raccoon dogs are spreading wildly through Europe because they are very tough and adaptable. They can live off rubbish, and they hibernate in winter, often stealing badger setts to sleep in. They can even fast, slow their metabolisms down, and not eat, even while not hibernating. They’re like cute, furry cockroaches.

Raccoon dogs were first brought to the Soviet Union in the 20th century to farm their thick fur, and from there, they spread like wildfire, becoming pests in some areas, such as in Denmark, where they are preying on birds and small native animals. They also carry rabies and other diseases that can be dangerous to humans, despite being cute fluff balls.[10]

Read more accounts of animals where they shouldn’t be on 10 Towns That Were Invaded By Animal Hordes and 10 Unsettling Tales Of Swarms Of Invasive Animals.