War has given mankind many things: death, disease, and a collection of badasses who make John Rambo look more like Ned Flanders. These 10 everyday soldiers pulled off amazing feats and somehow managed to make history pretty exciting. 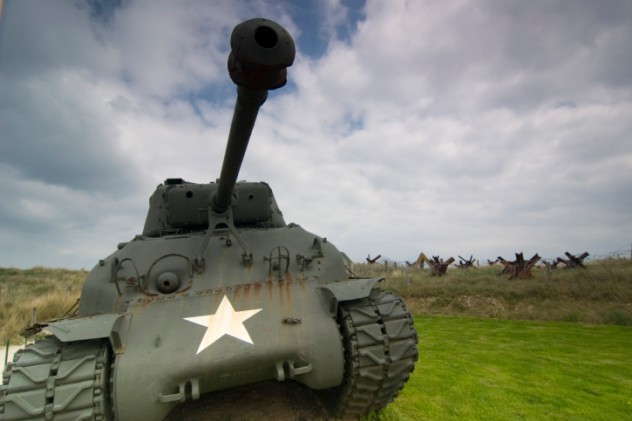 Dirk J. Vlug, born in 1916, served as a Private First Class in the 126th Infantry Division based in the Philippines. On December 15, 1944, Dirk’s unit and the roadblock they were protecting came under attack from a Japanese force. Leaving his covered position in a charge, with a rocket launcher and five rounds of ammunition, Vlug came under fire from machine guns. Despite this, he loaded the rocket launcher single-handedly, Vlug destroyed an enemy tank.

Not happy with his John McClane level of badass, he then killed the gunner of a second tank with his pistol and finished off the second tank with another rocket. Seeing three more tanks moving up the road, Vlug flanked the first and eliminated it. He pressed forward to destroy his fourth tank for the day. With the last round, he sent the final tank down a steep embankment. In all, he destroyed five tanks by himself. 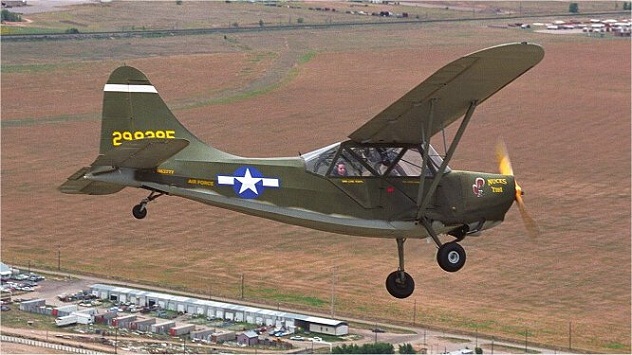 Lieutenant Colonel Charles Carpenter (“Bazooka Charlie” to his friends) was an observation pilot for the US during World War II. While he mostly flew reconnaissance missions, during the Allied siege of Lorient in 1944, Charles decided that he hadn’t seen enough combat and attached rocket launchers designed for foot soldiers onto his observation plane. Six of them. Naming the plane “Rosie the Rocketeer,” Charles used the aircraft on a series of attack missions which he ran solo, destroying as many as six enemy tanks and several armored cars by the end of the war. In an observation plane. With bazookas stuck on it. 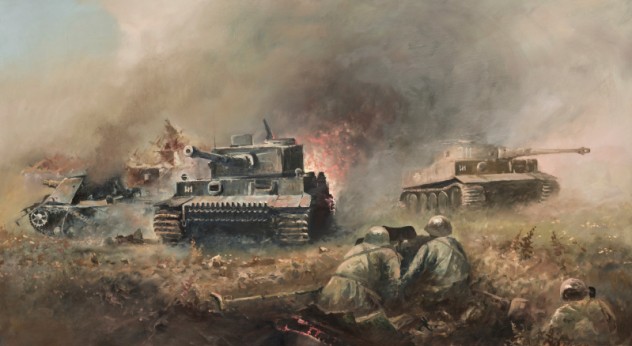 A British Army Officer, Hill commanded the 1st Parachute Brigade, deployed in North Africa. While his brigade was attempting to take Gue Hill from the Italians, he pulled off a feat of insanity on November 22, 1942. You may have been led to believe that anyone fighting the less-than-successful Italians had an easy time, but taking on three Italian tanks by yourself wasn’t exactly a walk in the park. His battalion came up against a fortified Italian and German position, including 300 Italian soldiers and three light tanks.

Hill had planned to force the enemy to retreat into a field of mines behind them which a group of Royal Engineers were to set up, but a faulty grenade in their stores led to an explosion and the death of 25 of the 27 engineers, before they could set up the minefield. Now under fire from fortified positions, and with the Italian tanks unchallenged, Hill had to think fast or risk his men being decimated. Armed only with a revolver, Hill charged the three tanks. Managing to dodge fire, James was able to subdue the crews of two of the tanks by poking his revolver in the observation hole. While moving onto the third, he was hit three times—which he survived, somehow. After giving his men a fighting chance by drawing out the crew of the third tank, they were victorious and rushed Hill to hospital where he recovered. 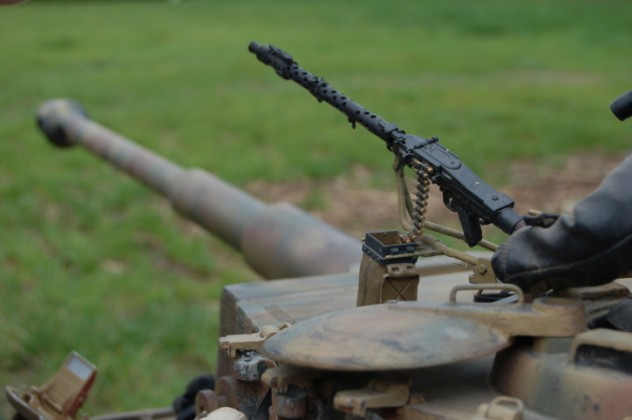 Fritz was a soldier in the Totenkopf division of the Waffen-SS during the war. They acted as the spearhead of the German invasion into the USSR and saw more than their fair share of combat. It was in the morning of September 24, 1941 that Christen was manning an anti-tank battery. During a skirmish, Soviet soldiers had managed to kill the rest of the men manning the battery. Christen manned the 50mm cannon alone for the rest of the engagement, without food, supplies, or sleep. In the three days that his struggle lasted, Christen knocked out 13 Soviet tanks and killed nearly 100 soldiers by himself. 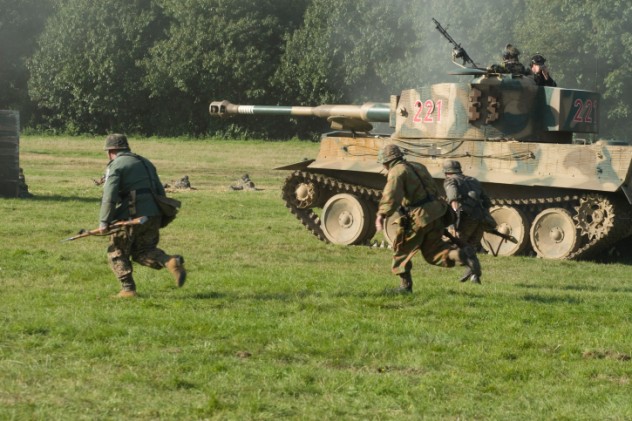 Ivan’s closest comparison is with Steven Seagal in Under Siege. Serving as a cook for the 91st Tank Regiment of the Red Army, Ivan was cooking dinner one day in August 1941. At that point, he noticed a German tank which had stalled in reach of the field kitchen.

Grabbing a rifle and an axe, Ivan waited for the crew to start to exit the tank, presumably in an attempt to get it moving, before charging. The crew, seeing an angry axe-wielding Soviet running for them, quickly got back into the tank. When the tank began to fire its machine gun, Pavlovich climbed onto the tank and bent the machine gun barrel with his axe. He then threw a piece of tarpaulin over the observation hole and loudly ordered his imaginary comrades to pass him an imaginary grenade, banging on the tank’s armor until the four man crew surrendered to what they presumably thought was the entire Red Army. 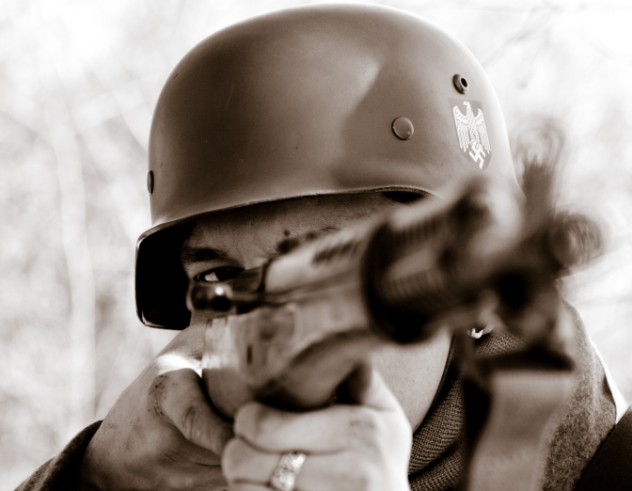 Born in Latchford, Ontario on May 21, 1921, Aubrey served in the Queen’s Own Rifles of Canada during the war. While in Mooshof, Germany on February 25 and 26, 1945, Cosens proved certain Canadian stereotypes to be incorrect when he seized an enemy stronghold by himself. After his platoon came under heavy counterattack during an attempt to seize three farmhouses held by the Germans, Cosens took command. He charged from cover, under heavy fire, to direct the last remaining Allied tank to fire on one the farmhouses. After ordering the vehicle to ram one of the buildings, Cosens went in alone, killing several occupants and taking the rest prisoner. He then proceeded to singlehandedly kill or capture all of the enemies in the second and third buildings, securing the enemy strong point. After he had captured the farmhouses in a blaze of glory, he was fatally shot in the head by an enemy sniper. 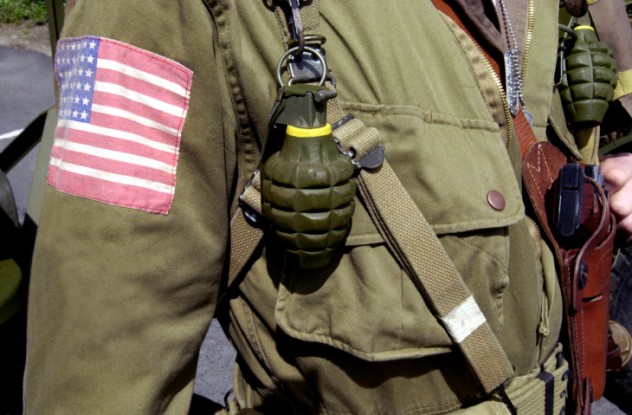 Havildar Lachhiman Gurung, born in Nepal on December 30, 1917, served as a rifleman in the 8th Gurkha Rifles as part of the Indian Army during World War II. Serving in Burma, this 150-centimeter (4’11”) tall man was up against the ferocity of the Japanese Empire. On the May 12 and 13, 1945, Gurung was positioned in the most forward post of his platoon at Taungdaw. While on his own, the Japanese attacked in force, with at least 200 soldiers assaulting his position. Hurling back two grenades that landed near him, he attempted to throw back a third, but it detonated and blew off his right hand. For the next four hours, Havildar repeatedly reloaded his rifle with one arm, fighting off the enemy until reinforcements arrived. In all, 31 dead Japanese soldiers were found around his position. He had killed every one of them, with one arm. 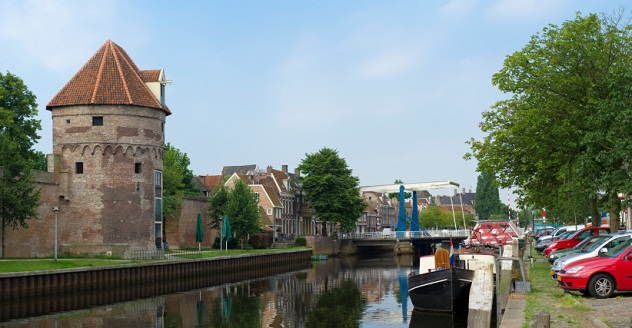 Leo Major was a Canadian soldier in the Régiment de la Chaudière during the war. Born in 1921, he also went on to serve in the Korean War. On the night of April 13, 1945, to spare the city of Zwolle, Holland, from bombardment, Leo volunteered to attempt to liberate the entire city with one other man. At midnight, his partner was killed by machine gun fire while approaching the city. Major went on alone. Capturing the driver of the vehicle that fired on his friend, he hitched a lift to a bar within the city where a German officer was drinking while off-duty. He told the officer that at 6:00 AM, artillery would level the city unless they surrendered. Leo then exited the bar and went on to run through the city, firing his machine gun and throwing grenades. He was making so much noise that the Germans figured the Canadians were attacking in force. As he was confusing the Germans, he would attack and capture German positions. Around 10 times, he escorted groups of prisoners to the city limits and the waiting Canadian forces. When he eventually found the Gestapo headquarters, he set it alight—getting into a fight with eight Nazi officers and killing four of them before the rest ran away. By 4:30 AM, the Germans had left the city, and Zwolle was spared bombardment. 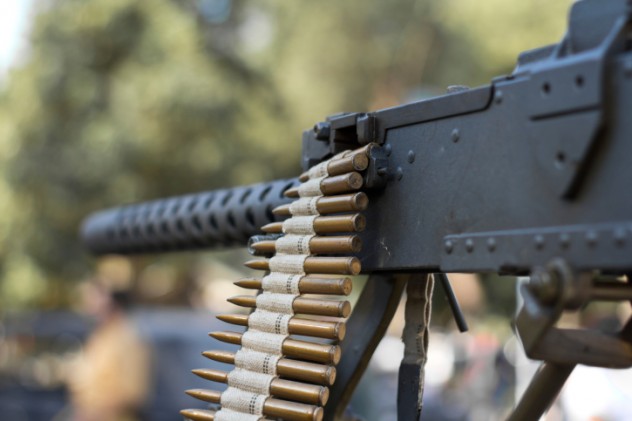 Warren, a tank commander for the 761st Tank Battalion, earned the nickname of “Baddest Man in the 761st” for his actions on November 10, 1944. After his tank was disabled, he commandeered a vehicle armed with a machine gun, taking out the German soldiers who had knocked out his tank and a group of forward observers. When his replacement tank became bogged down in mud, he exited under machine gun and artillery fire in an attempt to free the tracks. When attacked by ground troops, Warren went back to the machine gun and held off the enemy advance, forcing them to retreat single-handedly. Described as a “quiet, easy-going, meek-looking fellow,” Warren was elected for a Medal of Honor. 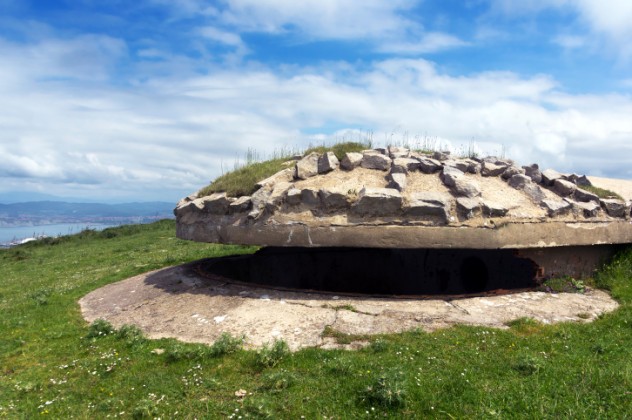 An Acting Naik in the 7th Battalion of the British Indian Army, Fazal Din was born on July 1, 1921. While deployed in Burma, on March 2, 1945, near Meiktila, Din’s section got caught by machine gun fire during an attack on a Japanese position. After attacking the position with grenades, Fazal led his men against a bunker, from which six Japanese soldiers led by two officers with swords emerged. One of Din’s men was able to kill one officer before being sliced by the other. Seeing this, Fazal charged the officer, who impaled him in the chest. Despite being wounded, Fazal grabbed the Japanese officer’s sword as he pulled it out, killing the officer and another Japanese soldier with the same sword. Staggering back to his camp, Fazal made his report before collapsing and dying of his wounds.