Thanks to pop culture, the term “vampire” has a very different connotation today than it did hundreds of years ago. The vampire myth can be traced back to the earliest of recorded history, and most early vampires were far from the elegant, sparkling creature we tend to think of today. 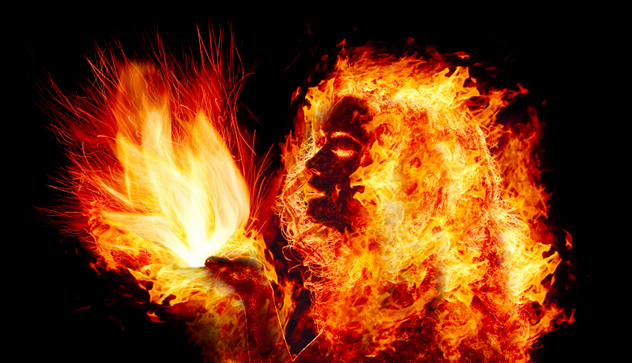 The Empousai hailed from ancient Greece. These demons were said to have flaming hair and—bizarrely—be identifiable by their one brass leg and one donkey leg. They were said to be the servants (and sometimes children) of Hecate—the goddess of the night and witchcraft. While their true form was a hideous, bizarre monster, they would take the form of beautiful women to lure their victims to a secluded location, where they would drink their blood and feed on their flesh.

Unlike most European vampires, the Empousai could appear in the daylight, when she would prey mostly on young men traveling alone. If an observant victim realized who was following him, the Empousai was extremely easy to chase away; all one had to do was insult her.

Lamia was another ancient Greek vampire; she preferred the blood of small children over the adult men the Empousai would target.

As legend has it, Lamia was one of many mortal women, who had the bad luck to draw the amorous attention of Zeus. Zeus’s notoriously jealous wife Hera didn’t take lightly to the affair, turning Lamia into a snake-like monster and killing her children. Hera also made it impossible for Lamia to close her eyes, condemning her to an eternity of wandering the night in sleepless agony. Lamia continued to prowl the night in a vengeful rage, searching for children to kill as payback for what was done to her.

Eventually, the stories were expanded from Lamia, the original vampire, to the Lamiae. Stories of the Lamiae were told to keep children in line; these half-serpent, half-woman ghosts were said to feed on the blood and flesh of the young. 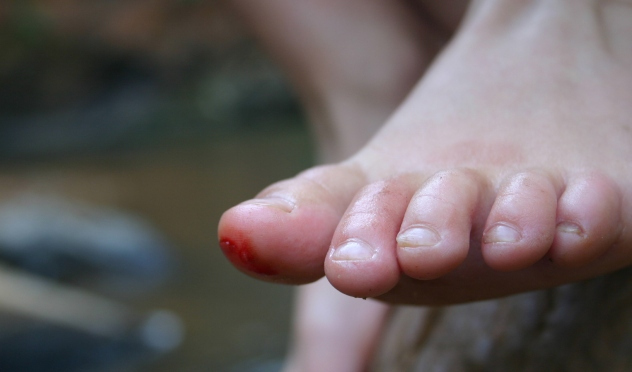 The image of a vampire turning into a swarm of bats and flying off into the night has long been ingrained into vampire fiction. In truth, few mythological vampires have such shape-shifting abilities; the Azeman is one such example.

This vampire from Surinam takes the shape of an old woman during the day, and an animal by night. Oftentimes she is a bat, but she can also take the form of other nocturnal creatures. It’s vitally important to sleep with your feet covered in Surinam, because the Azeman looks for those with an uncovered foot to feed on. She drinks blood from a person’s big toe. Not enough to kill the victim, but enough to leave them weak and vulnerable to illness.

Fans of modern vampire fiction will also be familiar with the methods of keeping an Azeman at bay; these OCD creatures will be compelled to stop and count grains of rice or corn scattered on the floor near them. Alternately, several brooms placed across the doorway (or on the floor between the door and the sleeper) will entice her to stop and count the bristles. 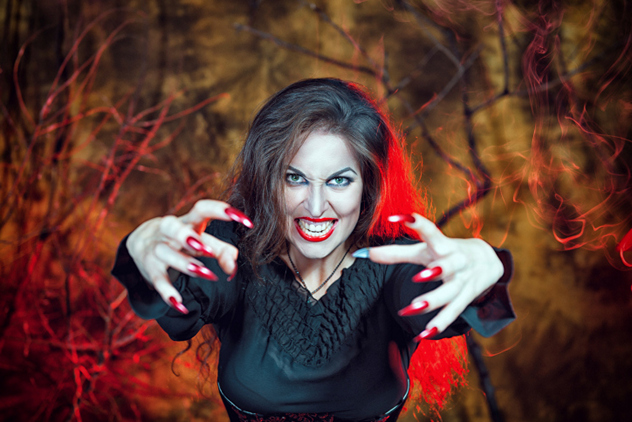 The Baobhan Sith were also known as the fairy women, but that’s a rather deceptive term. These vampiric women prowled the highlands and the moors of Scotland, looking for lost travelers or those who had stayed out past nightfall.

Said to be beautiful women, who wore long dresses to hide their hoofed deer legs, they would seduce and dance with their prey to distract them as they drained their blood through the touch of their fingernails. Hunters and shepherds were frequent targets. It’s said the Baobhan Sith could sense if they were lonely and lamenting the distance between them and their loved one. She would then take the form of the wife or lover, insinuate herself into their camp, then drain the bodies of blood once they were close enough.

She could also reanimate the bodies of the recently dead. This lead to burial practices—like the breaking of a bier used to carry the dead—still being practiced well into the 20th century. 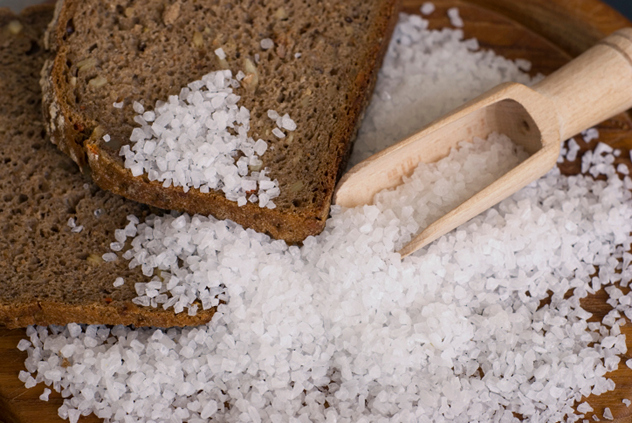 The Estrie is a female vampire from Hebrew folklore that had her heyday in the Middle Ages. According to some stories, the Estrie was created from bodies that were left incomplete, when the process of creation stopped for the Sabbath.

This vampire was a flesh-and-blood creature that walked among the living and had a special taste for the blood of children. Human by day, she could change her shape into whatever she wished at night, and she used this to get close to her victims. She knew what and whom they would allow into their homes, and would take the form of a family pet or a trusted friend to get close to her chosen victim.

The Estrie could be wounded and killed; the only way for them to heal their wounds was to get some bread and salt from the person that drew blood. They were also known for changing shape for this purpose, so anyone asking for bread and salt used to be viewed with suspicion. When an Estrie was buried, her mouth was filled with dirt to prevent her from rising again and continuing to hunt. 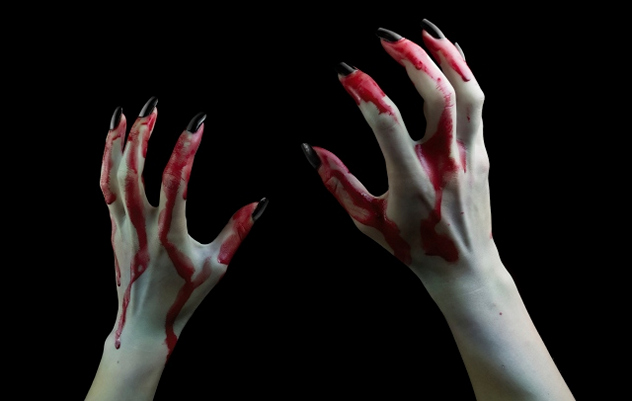 The female spirits of Hindu and Buddhist mythology are evil creatures that embody many of the traits that later vampires came to embrace. In addition to feeding on the living, they also were notorious for their harassment of the good and the holy, especially members of the clergy.

Many earlier forms of the vampire were demonic entities rather than undead, but the Rakshasi are notable for being the risen dead; those who led particularly evil lives were said to be brought back in the form of these malevolent creatures. Also called the Asura, the Rakshasi feed on human flesh and spoiled food. They have long, poisonous fingernails, and can possess the living. 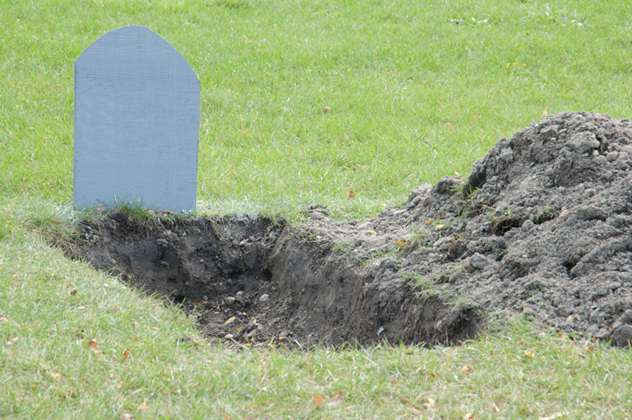 The Vrykolakas were vampiric entities who were said to torment Greece. Stories about these creatures have been around for centuries, and are unique in that many people still testify to having had experiences with them well into the 20th century. While many forms of the vampire are now labeled as mythology, the Vrykolakas are still thought of in historical terms.

Stories vary, but usually involve a villager or a neighbor that disappears (and sometimes reappears) mysteriously, unexplainable deaths, or long streaks of bad luck that befall a certain individual or family. Periods of pestilence or plagues were often blamed on the Vrykolakas. In many cases these plagues were thought to be ended by the discovery of an open grave and the burning of the troublesome, possessed corpse.

Like the Eastern European vampires, these creatures are the risen dead who can roam the earth on every day but Sunday. When a cat or a dog keeps watch over a recently deceased body, it’s said that they’re waiting to give their soul to the Vrykolakas in their master’s stead. 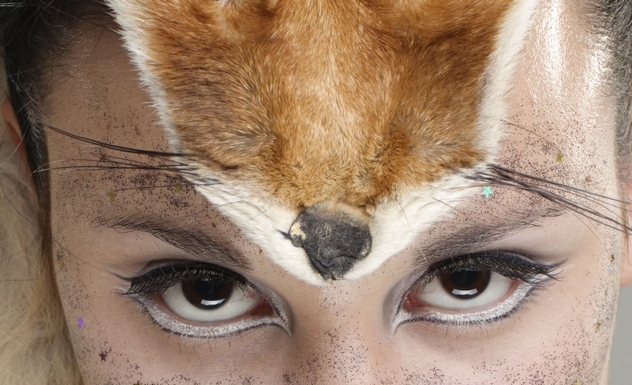 The Kumiho is a figure from Korean mythology with a complicated series of stories about it. Almost strictly a female figure, this creature is said to be a nine-tailed fox that can change into a beautiful woman. Other legends expand on its shape-shifting capabilities, telling stories of Kumiho becoming a motherly figure wanting to eat the children of the victim it killed.

The Kumiho is said to retain some of its fox-like mannerisms and appearance, even when in the form of a human. However, if it chooses a particular person to copy, it can become a flawless image of them. A Loki-like trickster, the Kumiho has been said to target people as powerful as an emperor, seducing them with its beautiful form before draining the blood from their body.

Often blamed for mysterious deaths, the true nature of the Kumiho is sometimes revealed to the unsuspecting victims by a benevolent spirit. It’s noteworthy that the Japanese also have a similar looking, fox-like creature in their mythology, but that good creature is not to be confused with the Kumiho. 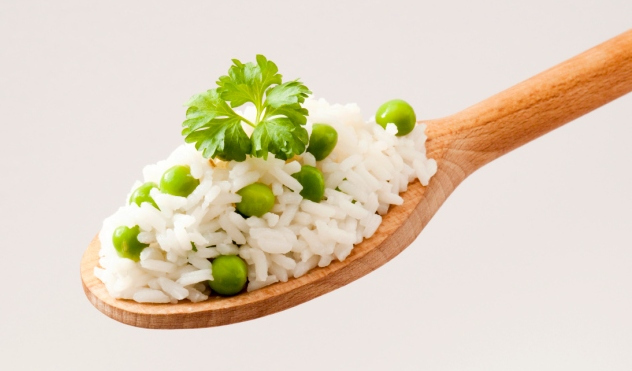 A person was thought to have two different souls: a superior and an inferior. It was the inferior soul that remained in the body after death, and if it was strong enough it could reanimate the corpse. That soul was made strong when the person died with unfinished business, suffered a violent death, was given an improper burial, or because respects had not been paid to them.

Also, like the Western vampire, the Chiang-shih are said to be vulnerable to religious verses and images, as well as garlic. Throwing rice and peas at the Chiang-shih was also said to keep them at bay. 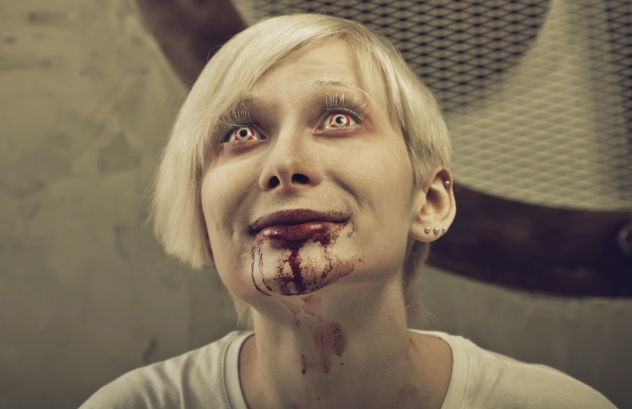 The Jaracaca is a Brazilian vampire of indeterminate origins. Some stories say that they are the souls of people who were evil in life, and doomed to walk the earth forever. Others say the Jaracaca is the manifestation of an infinitely old, dark consciousness. There are also stories that say they are ancient, blood-drinking gods, who are no longer worshiped, falling from godhood to a vampiric essence.

The Jaracaca is somewhat unique among vampires, as blood is its second choice for sustenance. Firstly, the snake-like creature will choose to drink the milk of a nursing human mother. It will sneak in between a baby and a mother, then nurse its fill, while letting the baby suck on its tail to keep it quiet. Somehow, the mother will never notice the presence of the Jaracaca, and the first sign of the visits will be a sickly, undernourished child. When the Jaracaca is forced to drink blood instead, it leaves its victim a raging lunatic.

Shamans or Catholic priests can give a blessing to protect a family against the creature; protection is crucial, because there is no way to kill a Jaracaca.