All of us are destined to die—a somber reality, to be certain, but one best openly accepted. Depending on your religion, your budget, or your popularity, your funeral may be elaborate or simple. Most, however, run along the same lines—a few tears shed and a bit of ceremony. For those who were larger than life when they were breathing, though, death can be just as bizarre and magnificent. 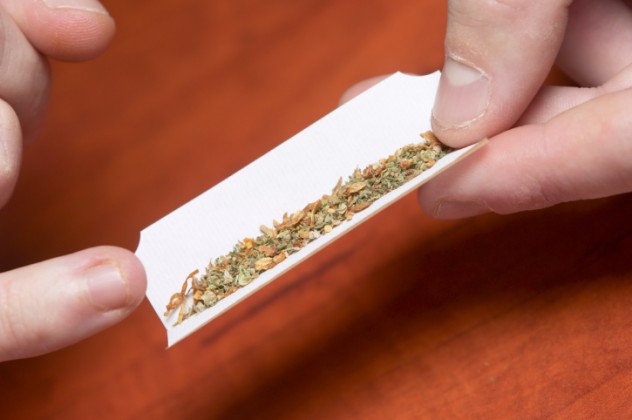 Tupac Shakur was one of the most famous and influential rappers of all time. Unfortunately, he did not merely rap about a violent existence—he lived one. On September 7, 1996, Tupac and his entourage attended a Mike Tyson fight in Las Vegas before leaving to hit the clubs. En route, a vehicle pulled up next to the car Tupac was riding in and riddled it with bullets. The rapper was struck multiple times.

He died in the hospital six days later and was cremated. There are an abundance of options for dealing with the ashes of the deceased—sometimes they are buried, scattered in some favorite place, or even placed on the mantle next to the wedding pictures. Tupac’s pals had a decidedly less conventional way of keeping their friend with them forever. Members of the rap group Outlaw Immortalz (which Shakur had founded) mixed some of his ashes with marijuana and smoked them. Tupac died as he lived in more ways than one. 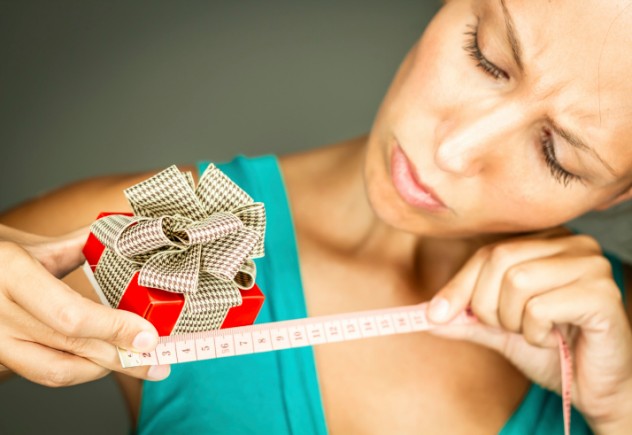 William I was best known for leading the Norman invasion of England, becoming King in 1066 after proving victorious at the Battle of Hastings. He died in 1087, after apparently being thrown against the pommel of his saddle while on horseback and suffering internal injuries.

By all accounts, William was a large man, grown more stout in his latter years. According to Book VII of the Historia Ecclesiastica, Benedictine monk Orderic Vitalis claims that the sarcophagus made for the King was too small. They tried to force the body into the space, whereupon it ruptured. Per Orderic, “the swollen bowels burst, and an intolerable stench assailed the nostrils of the bystanders and the whole crowd.” Not surprisingly, the services were quickly wrapped up. 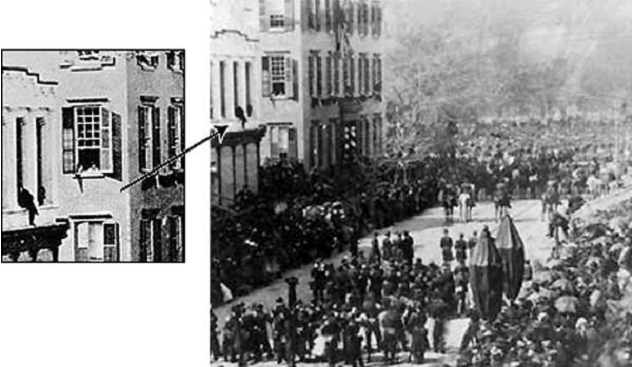 More has been written about Abraham Lincoln than nearly any man who has ever lived, but there are still esoteric bits of knowledge to be had about America’s 16th president. After being assassinated, Lincoln’s body was sent by train from Washington, DC to Springfield, Illinois, making several stops along the way for the mourning nation to pay their respects.

On April 25, 1865, the procession made their way down Broadway in New York City, where it was photographed. In an ancient snapshot from that day, one of the homes of the wealthy Roosevelt family appears along the left side of the frame. Leaning out the window were two children, one of whom—six-year-old Teddy—stared down at a legacy he would assume some 36 years later, as the nation’s 25th president.

Like many personalities on this list, Bruce Lee became far more famous after he died than he ever was in life. One of the foremost martial artists in the world, Bruce had a short but celebrated film career. His sixth and final movie, Game of Death, had not yet been completed when he died of a mysterious cerebral edema allegedly caused by medication he’d taken.

The filmmakers were in a pickle. Only a few scenes of Game of Death had been recorded, but they decided to tack it together into a full movie using trickery such as stand-ins—most of whom bore less than a passing resemblance to the actual Lee. These anomalies were explained by a scene which indicated the main character had faked his own death. This was accomplished by using footage of Lee’s actual funeral, including shots of his corpse lying in its casket. Creepy. 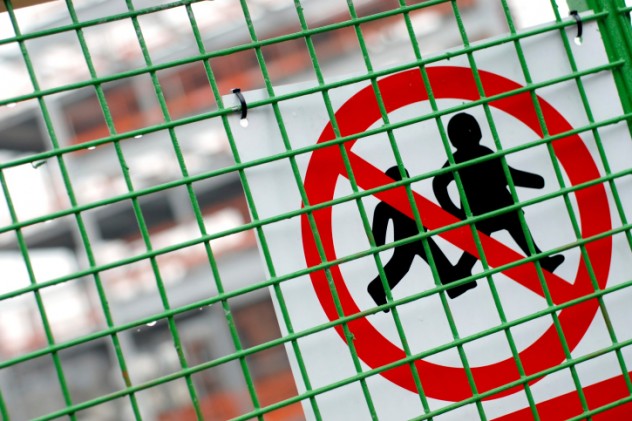 The Mongol warlord Genghis Khan bathed the soil of Asia in blood in his attempts to conquer the world. He died in August 1227 at about 65 years of age in China. His cause of death has long been debated, with various sources attributing his passing to everything from a hunting accident to cold-blooded murder. It is likely we will never know his ultimate fate.

Legend has it that his funeral procession carried his body back to Mongolia, slaughtering anyone they encountered along the way so no one would ever know his final resting place. Soldiers allegedly killed everyone present at his funeral, and were then themselves killed. Horses were said to have trampled over the burial site to obscure it, and a river’s path diverted to so the great Khan could slumber forever undisturbed. However, since Mongolia escaped Soviet occupation in the 1990s, several groups of researchers have set out to find the nearly 800-year-old tomb.

A bloodthirsty dictator, Stalin is surely on the short list for the worst human to ever draw breath. During his tenure as the Premier of the Soviet Union, he was responsible for the deaths of untold millions of people. Stalin himself died on March 5, 1953, likely of a stroke—though some conspiracy theorists believe he might have been fed a fatal dose of warfarin rat poison by political opponents, particularly Lavrentiy Beria, head of the NKVD and forerunner of the KGB.

After an autopsy and embalming, Stalin’s body was sent to Moscow’s Hall of Columns to lie in state. The people of the USSR, who’d been fed a steady diet of misinformation for decades, were grief-stricken by the loss of their “great leader” and crushed toward the building in an attempt to view the body. In the ensuing riot, an estimated 500 people were trampled to death. Even in death, Stalin just could not stop killing. 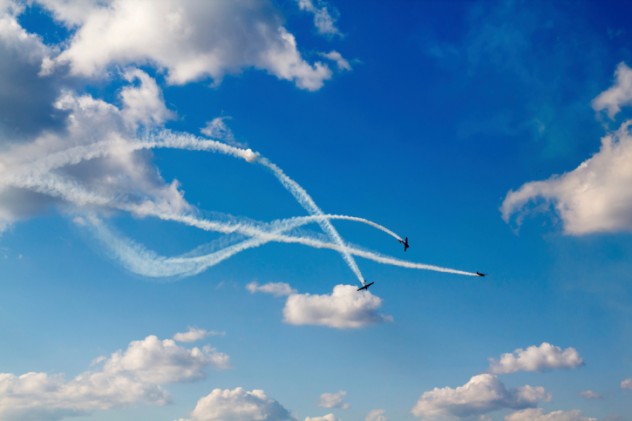 The best-known fighter pilot of all time, Manfred von Richthofen, was a member of the Imperial German Army Air Service during World War I. He is credited with 80 official dogfight victories, but was probably responsible for somewhat more. On April 21, 1918, in northern France while in pursuit of a Canadian plane, he was shot through the heart and lung. Von Richthofen still managed to successfully land his own plane, dying moments later.

So impressive were the Red Baron’s skills that—despite being an enemy with a great deal of blood on his hands—he was buried by the Allies with full military honors, including memorial wreaths, one of which read “To Our Gallant and Worthy Foe.” He was buried in Invalidenfriedhof Cemetery in Berlin, which ended up on the Soviet side of Germany during the Cold War. His tombstone was riddled with bullets by those attempting to flee to the West. Eventually, the body was moved to a family plot, where it rests today. 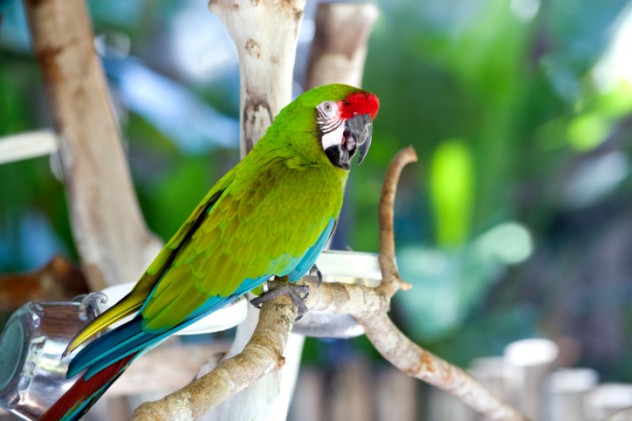 “Old Hickory” Andrew Jackson was the seventh president of the United States, a war veteran with a fiery temperament. His body was said to rattle with the many bullets he’d absorbed fighting in duels and he actually took part in stomping down a man whose pistols misfired during an assassination attempt. Jackson seemed almost immortal, but was plagued by poor health in his later years, suffering from edema and tuberculosis. He was known for coughing up blood, the consequence of a bullet lodged in his chest that could not be removed. Like all men, he succumbed to the inevitable, dying on June 8, 1845.

At his funeral, Jackson’s memory was appropriately honored by a most unlikely source. According to the writings of one Reverend William Menefee Norment, who was present at the funeral, “Before the sermon and while the crowd was gathering, a wicked parrot that was a household pet got excited and commenced swearing so loud and long as to disturb the people and had to be carried from the house.” That’s right—Andrew Jackson was such a silver-tongued devil that it rubbed off on his parrot. 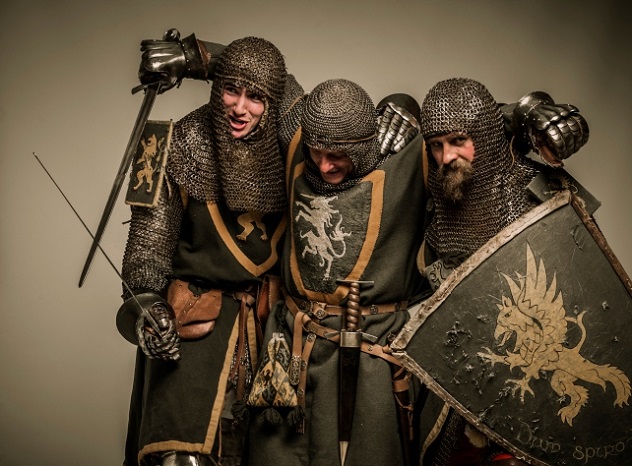 Ruler of the Macedonian Empire, Alexander the Great was never defeated in battle and his territories were vast and ever-expanding. If he hadn’t perished at the age of 32, there is no telling what he might have accomplished or its impact on history. Alexander died in Babylon, and he’d requested that his body be dumped into the Euphrates River, but his wish was not granted. Instead, legend has it that his body was preserved—either by embalming or soaking in honey, a point debated by various sources—for two years as an elaborate golden sarcophagus and cart were built to transport him to his final resting place.

His funeral procession was intercepted by Ptolemy I, one of Alexander’s generals, who whisked the body away to Egypt, where he would form his own dynasty. In the ensuing years, the body was viewed by various Emperors and important personages, and was moved to at least three different tombs. Like Genghis Khan, the location of Alexander’s tomb has since been lost, and is one of the most sought after archaeological items, along with such elusive treasures as the Ark of the Covenant or the Holy Grail.

The inventor of so-called “gonzo journalism,” Hunter S. Thompson was a hard-drinking, drugging, gun-toting writer of no small acclaim. Thompson’s most famous work is probably Fear and Loathing In Las Vegas, the tale of a debauched romp through Sin City, later made into a movie starring Johnny Depp as Thompson. An actor of uncommon dedication, Depp spent time at Thompson’s ranch to learn his mannerisms and speech patterns, and the two became fast friends.

When Thompson committed suicide in 2005, Johnny Depp funded a crazy, awesome funeral in the writer’s honor. A 46-meter (150 ft) tower was built replete with the shape of a fist clutching a peyote button—a symbol Thompson had used during an unsuccessful bid for sheriff in Pitkin County, Colorado—and a cannon mounted on top. Attendees included Jack Nicholson, Bill Murray, Sean Penn, and Senators John Kerry and George McGovern. As Thompson’s favorite songs—“Spirit in the Sky” and “Mr. Tambourine Man”—blared and fireworks exploded, the cannon shot his ashes into the sky.