Most of us are probably already aware that some people out there spend thousands of dollars for the craziest things. But these items take the cake—with lots of money spent on things that are allegedly haunted, cursed, or linked to crazy deaths or happenings. Some are just incredibly creepy looking.

It’s unclear why some people pay this much money for things that others would gladly get rid of, but their stories are surely interesting to read. These 10 incredibly scary items are worth far more than any sane person would spend on them.

10 The Cursed Artwork Painted With Blood 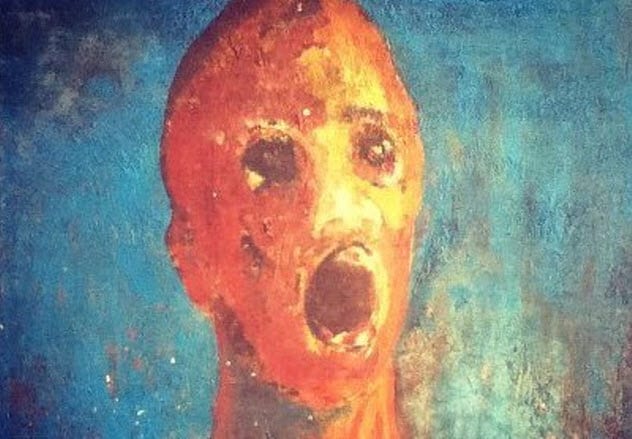 The existence of the oil painting officially known as The Anguished Man was first revealed in a story from Northern England. Sean Robinson claimed that his grandmother had kept this painting in her attic for 25 years and had reported a ton of paranormal phenomena occurring in her home.[1]

She saw a dark figure of a man and heard weird noises, including crying. She also reported that the man committed suicide and used his own blood in the painting alongside the oils.

After his grandmother died, Sean got the painting. It stayed in his basement until strange things started to happen—the same weird noises and crying that his grandmother had experienced. She had warned him that the painting was evil, but Sean and his family weren’t prepared for this much.

Although the painting couldn’t be brought into your own home, you once could buy it for a whopping £1,500. Supposedly, it is no longer for sale. 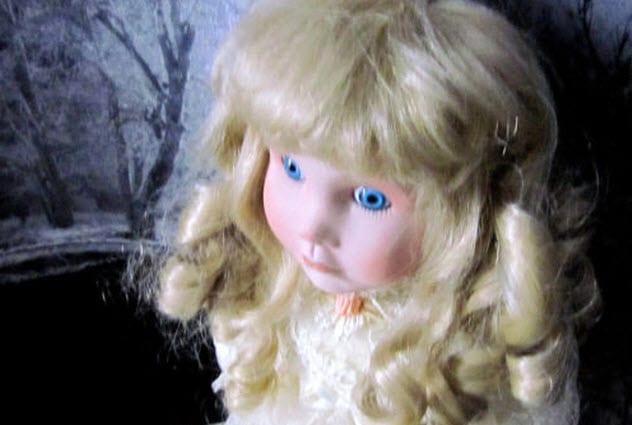 This creepy doll was found on eBay of all places. The seller claimed that it’s haunted by the spirit of a 20-year-old woman called Diana. The doll goes by the same name. Although the vendor claims that the experiences are mainly for entertainment and aren’t guaranteed to work for everyone the same way, it’s still very creepy and quite expensive, too.

According to the seller, the doll is constantly causing multiple weird phenomena, such as neighbors seeing “phantom children” and swings moving on their own. Supposedly, Diana is a huge fan of different feminine accessories and products.[2]

Although this is anecdotal evidence at best, you’d still have to be extremely brave to buy this—or any creepy porcelain doll for that matter. At $1,250, the temptation may not be that high. 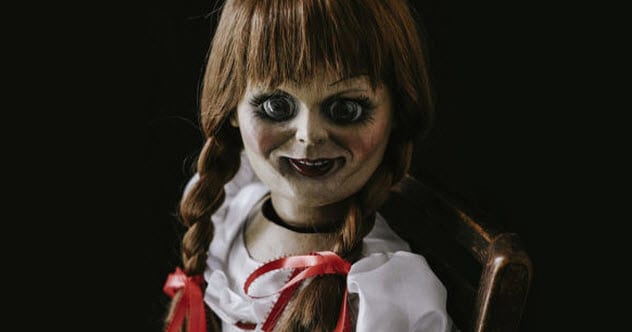 Here’s another one from eBay. Although this incredibly good—and expensive—replica is said to have no paranormal qualities, this prop is based on The Conjuring and Annabelle movies, which were inspired by real stories from Ed and Lorraine Warren. They were real-life demonologists who dealt with the actual Annabelle doll.

Although the real one looks different from this prop or the one in the movies, it’s undeniable that this one looks much creepier. It still has that scary, mysterious vibe that you just don’t want in your home. Given how the real doll was said to appear in different places in the house and to be one of the most haunted objects ever to exist, we’d probably pass on this doll. The almost $2,500 price tag is an extra reason for that.[3] 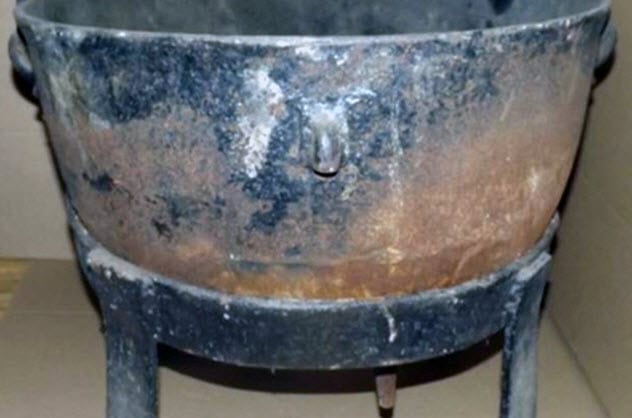 Yes, a pot—an old, metal one that belonged to a man named Ed Gein. He was a famous serial killer in the 1950s who reportedly murdered people, skinned their cut-up body parts, and turned them into clothing items and furniture. The pot in question is what he used to hold those parts of his victims.

Ed Gein’s story was used as the basis of plenty of Hollywood horror classics, including The Texas Chainsaw Massacre and The Silence of the Lambs. Although Gein became a great example of a psychopathic serial killer in the eyes of film directors, the little pot here isn’t a movie replica or prop.

It’s the real thing, bought by Zak Bagans from Ghost Adventures.[4] He thinks it would be nice to display in his home and gladly spent $2,800 to buy it from a woman who used it as a flower pot. Whether he regrets his allegedly haunted purchase remains to be seen. 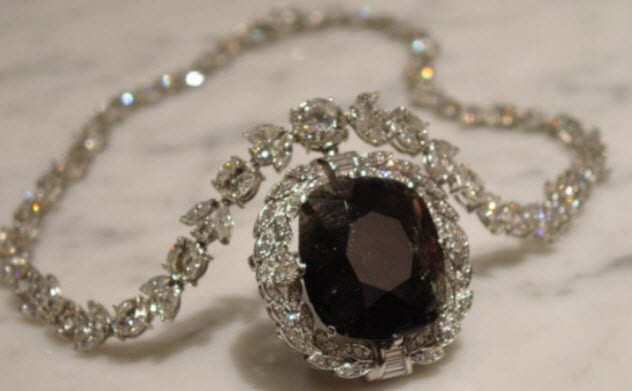 One of the most expensive items on our list, the Black Orlov diamond fetched an insane $352,000 last time it was auctioned in 2006. The estimated price is constantly rising. Today, it could be worth approximately $1 million. Although its curse has apparently been broken, its dark history is not to be forgotten.[5]

Originally from India, the Black Orlov diamond is rumored to have been one of the eyes of a statue of Brahma, a Hindu creator god. Stolen from its original place, the diamond was directly linked to three mysterious, unexplained suicides of its past owners.

The diamond was recut in the 1950s, which supposedly broke its curse. Actress Felicity Huffman even wore the diamond at the Oscars in 2006. Still, the story of the Black Orlov diamond gives us goose bumps. 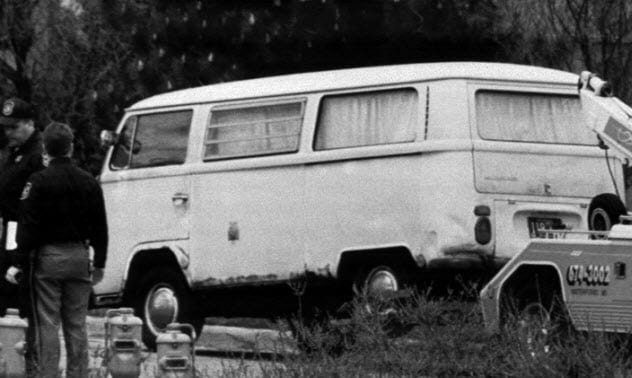 Also owned by Zak Bagans, this van once belonged to the infamous Dr. Jack Kevorkian. Nicknamed the “Death Bus” by some, the rusty 1968 Volkswagen van looks incredibly creepy and was the place where the doctor performed some of his approximately 130 assisted suicides.

Bagans really is the kind of person who would buy something like this.[6] After the purchase, he displayed it in his paranormal-themed museum alongside other creepy items. He definitely isn’t afraid to spend money on eerie things.

The van doesn’t even start anymore, but Bagans is happy with his purchase. He managed to get it for $32,500. 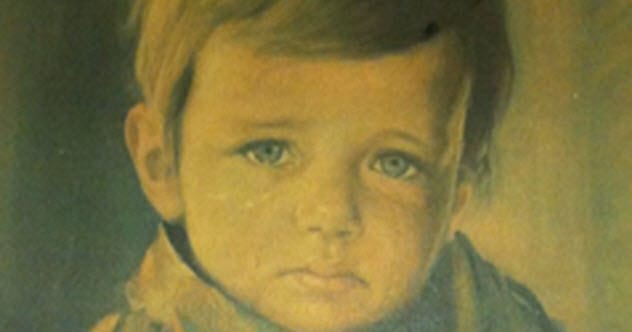 Made by an Italian artist, The Crying Boy painting is a mass-produced artwork with a curse to its name and shared stories that quickly gained popularity. The painting was linked to tales of injury, the sound of children’s cries in houses with no kids, and lots of houses burning down. The painting was always the only thing left untouched in the fire.

Although these stories are surrounded by plenty of skepticism, the painting has been observed to have a substance that prevents it from burning to some extent. The legacy of the painting is undeniable. With a price tag that can be over $5,000 for an original painting (not one of the prints), we want The Crying Boy even less than before.[7] 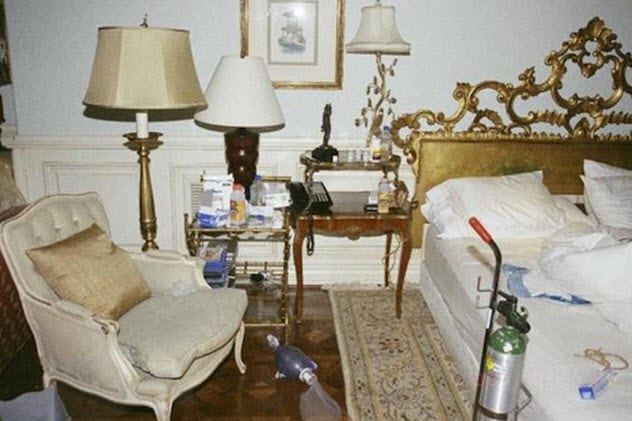 As its name suggests, this chair was indeed owned by Michael Jackson. Furthermore, it’s from his death room and was originally used by his doctor when monitoring Jackson while he was on propofol. The drug, which led to MJ’s tragic death, is typically administered as an anesthetic.

Zak Bagans bought the chair and claims that it still has some of Michael’s makeup stains.[8] Although it’s unclear whether the chair has produced anything paranormal so far, it’s not the nicest furniture to own given its story. But Bagans is greatly interested in collecting potentially paranormal items and considers MJ’s chair a good deal at around $15,000. 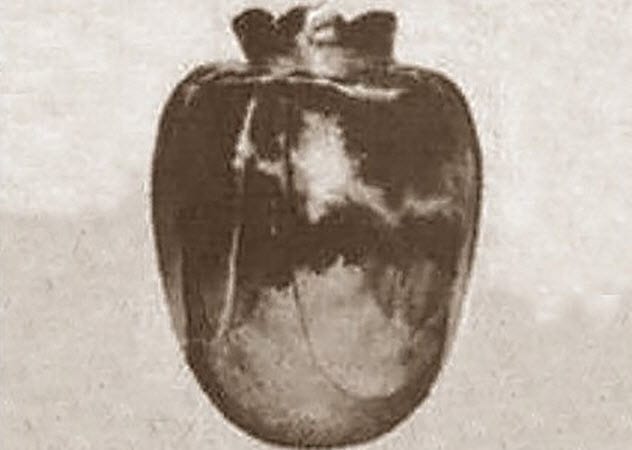 At first glance, the Basano vase is merely an old Italian vase. But as you’ve probably noticed with the other items, just because something is seemingly simple doesn’t mean it can’t be horrifying.

Originally made from carved silver, the vase is rumored to have been a wedding gift for a 15th-century Italian bride. In the end, the well-meaning present turned into something much scarier. On the night before her wedding (some sources say the next morning), the bride was found dying (or dead) with the vase in her hands.

Since then, the vase has been linked to many deaths and has been through countless owners. It’s now widely believed to be cursed. In the late 1980s, the vase was sold for 4 million lire, about $2,500 at the time. But it would be worth much more now.[9]

1 The Hands Resist Him 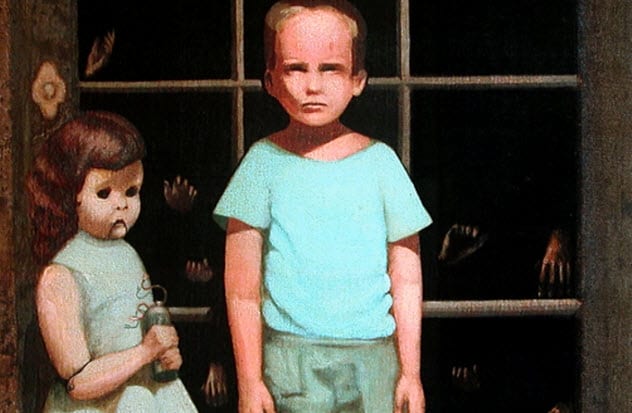 The incredibly creepy painting, The Hands Resist Him, was made by Bill Stoneham in 1974. Although it’s the cheapest item on the list at $1,025, we felt that it had to be included.

The story of the painting started when a young girl constantly told her father that the children in the picture were fighting. The dad set up a motion-sensitive camera to show her that everything was okay, but he noticed instead that the boy was crawling out of the painting.

This artwork has been linked to reports of uneasiness, illness, and lots of paranormal phenomena, including hot air blasting from the painting and even three deaths. Some have claimed that just looking at the original eBay listing caused some paranormal happenings in their homes.[10]

Just a curious guy who loves to write!

10 Strange Deaths Connected to the Church of Scientology